Eight people are injured, some seriously, in a suspected terrorist attack in the Swedish city of Vetlanda. The police shoot the suspect.

Eight people are injured, some seriously, in a suspected terrorist attack in the Swedish city of Vetlanda.

The police shoot the suspect.

Eight people were injured, some seriously, in

in the Swedish city of

According to police spokeswoman Angelica Israelsson Silfver, the alleged perpetrator, a man "in his twenties", was shot while trying to be arrested by the police.

He is said to have been hit in the leg.

Alleged assassin in Sweden armed with an ax

As the Swedish television broadcaster Sveriges Television reports, the suspect is said to have been armed with an ax and injured the victims with the help of the tool.

The incident was initially classified by the Swedish police as a suspected murder attempt, later that evening the criminal classification was then changed to a suspected

The Swedish police do not yet want to give more precise information about the course of events: “There are some witnesses whose testimony we do not want to influence what they have and have not seen.

The police were called to the center of

at around 3 p.m. on Wednesday

According to the callers' reports, several people were attacked with an ax and injured.

After a suspected terrorist attack in Sweden: suspect in hospital

According to Thomas Agnevik, also a spokesman for the Swedish police, the suspect is currently under police surveillance in the hospital where he is receiving medical care.

His injury situation is still unclear.

It is known that the man was brought in alive.

During the police operation, several areas in the center of the city were cordoned off, including the station district.

The train service through

was initially suspended, but has already resumed to a limited extent.

A total of around 15 police patrols were deployed on site, including forensic experts.

The police have been working to secure evidence and hold interrogations since around 4 p.m.

The Swedish Special Prosecutor's Office has routinely launched an investigation into police actions related to the arrest. Eight injured after a suspected terrorist attack in Sweden: police shoot at perpetrators 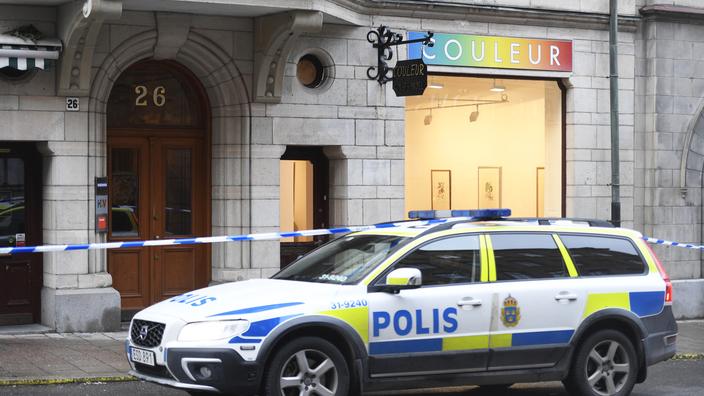 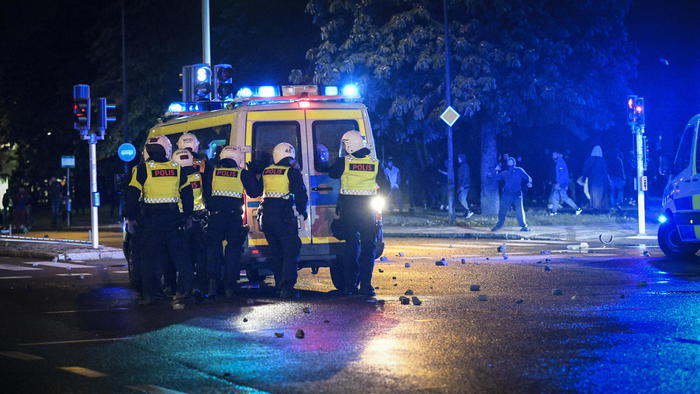