The governor of Antioquia, the second most industrialized region in Colombia, arrested for an alleged case of corruption

Aníbal Gaviria, who was also mayor of Medellín, will have to answer for irregularities in the contracting of works for a highway 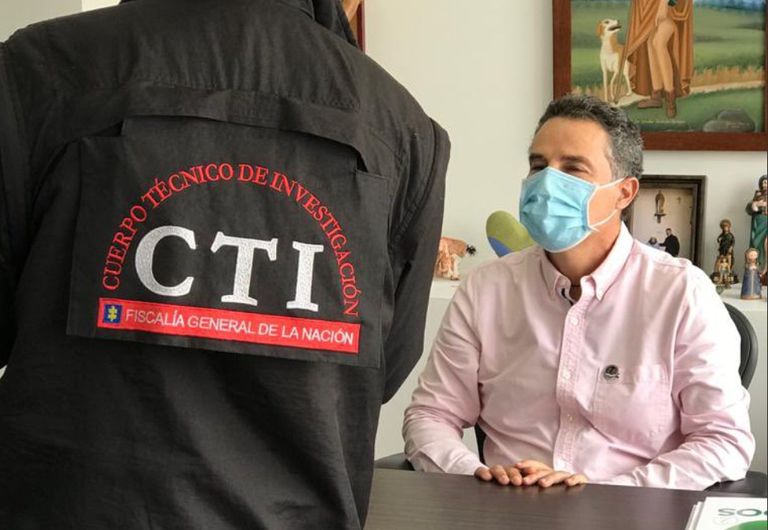 The Governor of Antioquia, Aníbal Gaviria, at the time of his arrest, Attorney General's Office

The governor of Antioquia, Aníbal Gaviria Correa, was detained by the Prosecutor's Office this Wednesday in his office and will have to answer before the Supreme Court of Justice for alleged irregularities in the hiring of a highway more than 15 years ago, during his first term in charge of the second most industrialized region of Colombia (2004-2007).

The investigating body had already captured Gaviria Correa, also a former mayor of Medellín, for the same case in June last year, in the midst of the coronavirus health crisis, but the Superior Court of the Antioquia capital accepted in October a

and ordered your release.

The Prosecutor's Office takes up arguments from his first arrest by referring to "alleged irregularities in the contractual activity derived from the maintenance and paving works of a section of the La Paz Trunk, between La Cruzada-Caucasia."

A prosecutor delegated to the Supreme Court –with powers over graduates such as governors– accused Gaviria as co-perpetrator of contract crimes without compliance with legal requirements and embezzlement for appropriation in favor of third parties, and imposed the measure of assurance of preventive detention without benefit of freedom, as it is known in Colombian legal jargon, replaced by house arrest.

According to the investigation, in the contract initially signed for 41,663 million pesos (more than 11 million dollars), an advance of 25% was set, which later increased to 29%, a variation that “would not have technical justification and would correspond to a capricious modification ”.

It also found signs of probable anomalies in the processing and conclusion of additional contracts.

Gaviria has defended himself on the grounds that he had no participation in the contract.

"The governor was the legal representative of the department, the organizer of expenditure and, even if he had delegated the function of contracting, he had to exercise surveillance, coordination and control of the delegation," said the entity in a statement that echoed the statements that the attorney general, Francisco Barbosa, a close friend of President Iván Duque, had given at the time.

The governor comes from a traditional Antioquia political family linked to the Liberal Party.

His older brother, Guillermo Gaviria, was kidnapped by the defunct FARC guerrilla when he was governor of Antioquia in 2002, and murdered the following year in the middle of a failed rescue operation, in a well-remembered case that marked the beginning of the Álvaro Uribe's government (2002-2010).

After his death, Aníbal entered politics to be elected governor of Antioquia, mayor of Medellín - Colombia's second city - and a liberal candidate for the Presidency.

His sister Sofía Gaviria has also been a congressman and is a staunch critic of the peace negotiations with the FARC, now disarmed and converted into the Communes political party.

She is currently an ambassador to Switzerland.

Thanks to that trajectory, Aníbal Gaviria is a positively valued political figure in Antioquia.

In the regional elections of October 2019, he ran by signatures, but with the support of various political forces, and he won at the polls without pressure.

In the latest measurement of the Invamer firm, released this Wednesday, 68% of those consulted approve his management, compared to 25% who reject it.

The governor of Antioquia, the second most industrialized region in Colombia, arrested for an alleged case of corruption 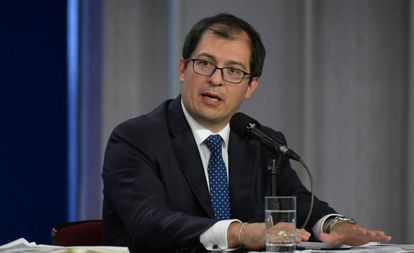 The questionable role of the Colombian prosecutor 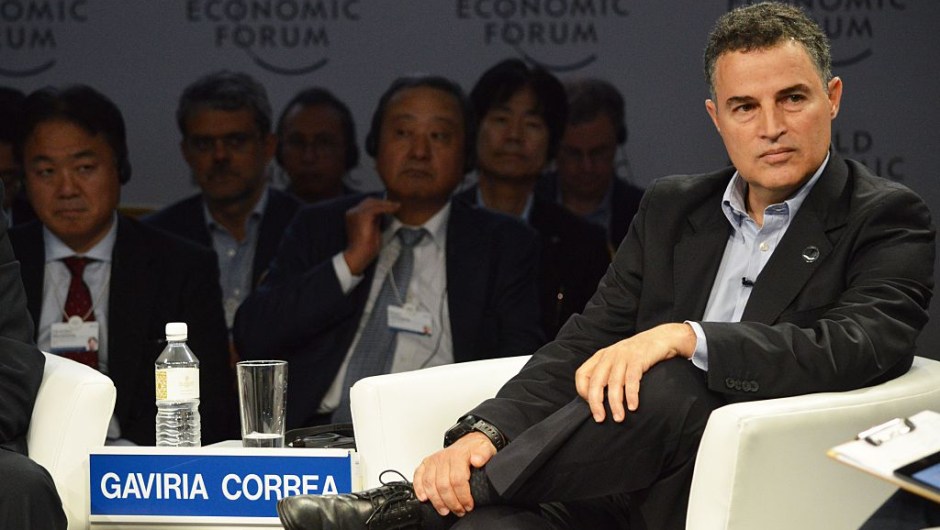 Home detention of the Governor of Antioquia, Aníbal Gaviria Thirteen people killed in another weekend of massacres in Colombia

The department of Antioquia, in Colombia, declares a red hospital alert for high ICU occupancy | CNN 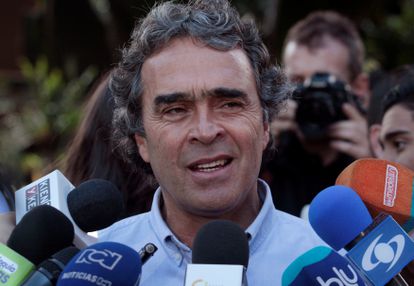