Senegal: one dead in demonstrations of support for the opponent Ousmane Sonko

The demonstrations against the arrest of the opponent Ousmane Sonko made their first death Thursday, March 4 in Senegal, whose authorities announced to suspend for three days two televisions accused of having broadcast repeatedly the images of unusual violence in a famous country for its stability. This is the first death confirmed during the protests in favor of Ousmane Sonko, placed in police cu 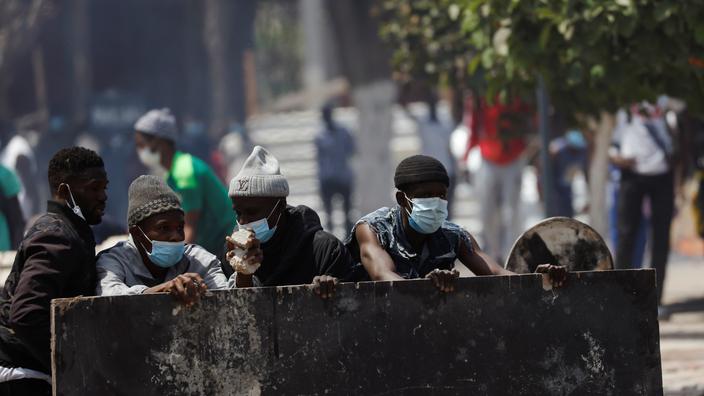 The demonstrations against the arrest of the opponent Ousmane Sonko made their first death Thursday, March 4 in Senegal, whose authorities announced to suspend for three days two televisions accused of having broadcast repeatedly the images of unusual violence in a famous country for its stability.

This is the first death confirmed during the protests in favor of Ousmane Sonko, placed in police custody on Wednesday, officially for the disturbances to public order he allegedly caused by going in procession to the court where he was summoned .

Ousmane Sonko, 46, was to be heard on charges of rape and death threats filed against him by an employee of a beauty salon where he was going to be massaged to, he said, relieve his back pain.

Personality with an anti-system profile and impetuous speech, the deputy refutes the accusations, unveiled in the press in early February.

He shouts at the plot hatched by President Macky Sall to remove him from the next presidential election.

"There is one deceased among the demonstrators in Bignona"

, in Casamance (South), said a commander of the gendarmerie on condition of anonymity.

"gave rise to regrettable acts of vandalism and violence, which unfortunately led to the death of a man in the person of Sheikh Ibrahima Coly,"

the government confirmed in a statement.

"The government strongly condemns acts of violence, looting and destruction"

"We demand an independent investigation to shed light on the circumstances of the death of young Cheikh Coly, 20"

in Bignona, had previously tweeted the director of Amnesty International Senegal, Seydi Gassama.

Clashes have been reported in other cities, including Casamance, where Ousmane Sonko, third in the 2019 presidential election and expected to be one of the main candidates for that of 2024, enjoys strong support.

In Dakar, groups of young people and the police exchanged stone throwing and tear gas fire on Wednesday.

The media and social networks have reported the looting of stores.

On Thursday, on the campus of Cheikh Anta Diop University, dozens of students threw pieces of concrete block at the end of the afternoon at dozens of police officers deployed around, according to AFP journalists.

The police responded with tear gas and stun grenades and throwing stones back.

Read also: In Senegal, the jockeys of the savannah

In the evening, the National Audiovisual Regulatory Council (CNRA) announced to suspend for 72 hours from Thursday at 5 p.m. (GMT and local) the signal of two private televisions, Sen TV and Walf TV.

, inciting disturbances to public order, or

"likely to constitute a threat to national stability or cohesion. social ”

He had pointed to Sen TV and Walf TV, as well as a third television.

Sen TV and Walf TV have

logic of violation of the regulations by broadcasting images of violence over and over,"

"warns against the biased coverage of events by certain media, likely to fuel hatred and violence,"

he also said in his statement.

Ousmane Sonko's lawyers told AFP that the MP was again expected in court on Friday.

said one of them, Abdoulaye Tall.

During his custody, the deputy remained silent to

“protest against the violations”

of his rights, according to another of his lawyers, Cheikh Khouraissy Ba.

The Minister of the Interior Antoine Félix Abdoulaye Diome justified the arrest of Ousmane Sonko by the ban on gatherings enacted because of the Covid-19 and by a traffic plan put in place by the authorities.

No report of the wounded or arrests was communicated.

Senegal: one dead in demonstrations of support for the opponent Ousmane Sonko 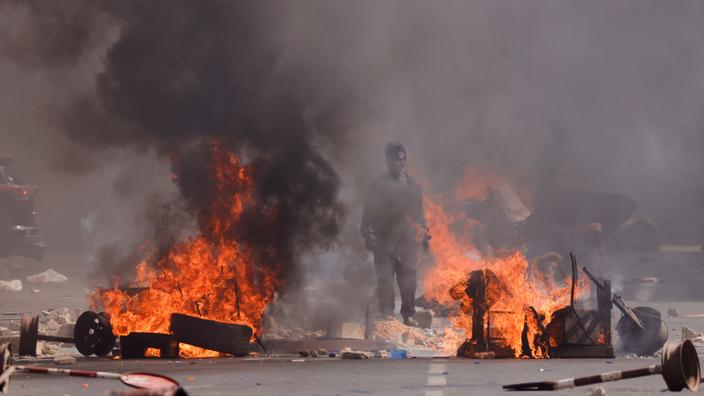 Senegal: a protest movement calls for "massively taking to the streets" for three days

Senegal: first dead in demonstrations since the arrest of an opponent 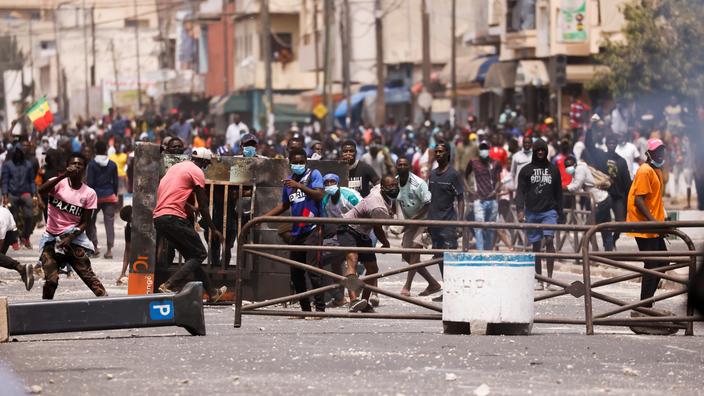 Riots in Senegal: five minutes to understand why France is targeted 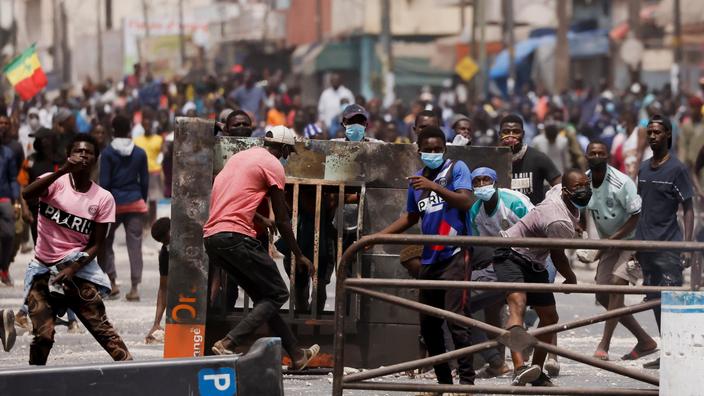