Despite the high corona numbers, several US states are loosening the protective measures - against the express appeal by US President Biden, who speaks of a "big mistake".

Despite the high corona numbers, several US states are loosening the protective measures - against the express appeal by US President Biden, who speaks of a "big mistake".

Washington, DC - Ex-President Donald Trump had already done some preliminary work on the corona vaccination strategy, which Joe Biden can now build on.

Since the new US President moved into the White House, the coronavirus has been fought much more vigorously in the US than was the case in 2020.

But not all states are pulling along as the man in the White House would like.

Joe Biden has now publicly criticized the relaxation of corona-related restrictions in several US states.

"I think it's a big mistake," said the Democrat on Wednesday (local time) in the White House to lift restrictions in Texas and Mississippi.

Not until the end of May will there be enough vaccine to vaccinate all adult Americans.

"The last thing we need is a Neanderthal thought that everything will be fine in the meantime." It is "crucial" to follow the protective measures recommended by science.

The Republican Governor of Texas, Greg Abbott, announced on Tuesday that it would lift the mask requirement and all capacity limits for restaurants and other businesses in his state.

The Republican governor of Mississippi, Tate Reeves, had also announced that all orders for the wearing of masks and capacity limits for restaurants and companies would be ended.

Other states, including Ohio and Michigan, have at least announced easing of their corona requirements.

Abbott and Reeves resisted criticism on Twitter on Wednesday.

"We are able to contain Covid and safely open Texas 100 percent," wrote Abbott.

Reeves criticized Biden for calling it "Neanderthal thinking" to let the people of Mississippi decide how to protect themselves.

The governor wrote that these people did not need any “carers”.

"I think we should trust the Americans and not offend them."

The top immunologist and Biden consultant Anthony Fauci called the withdrawal of the protective measures "inexplicable" and "rash".

Fauci told CNN on Wednesday evening that months ago the United States saw the number of cases increase alarmingly again after some states had not followed the experts' guidelines.

Joe Biden, President of the United States, in the Oval Office of the White House

The White House spokeswoman Jen Psaki criticized politicians who had not taken the expert advice seriously since the beginning of the Corona crisis.

The US has been dealing with the pandemic for a year, Psaki said on Wednesday.

"And the whole country is paying the price for political leaders who ignored science about the pandemic."

Corona in the USA: "We have to remain vigilant"

Psaki emphasized that Biden's appeal to Americans to wear masks in his first 100 days in office was based on expert assessments who assumed that 50,000 lives could be saved in this way.

"We have to stay vigilant."

The head of the US health authority CDC, Rochelle Walensky, warned: "Now is not the time to relax all requirements." regardless of state decision ”.

Biden's predecessor in office, Donald Trump, had denied the danger posed by the virus at the beginning of the pandemic, later used certain drugs as supposed miracle cures without scientific evidence, and until recently made it clear that he found wearing masks rather annoying.

Biden has made the fight against the pandemic one of his main goals.

Since the pandemic began, nearly 520,000 people in the United States have died after being infected with the coronavirus, according to statistics from Johns Hopkins University.

More than 28.7 million of the approximately 330 million Americans contracted the virus.

The infection numbers are well below those at the beginning of the year, but have remained at more than 50,000 in the past few days. 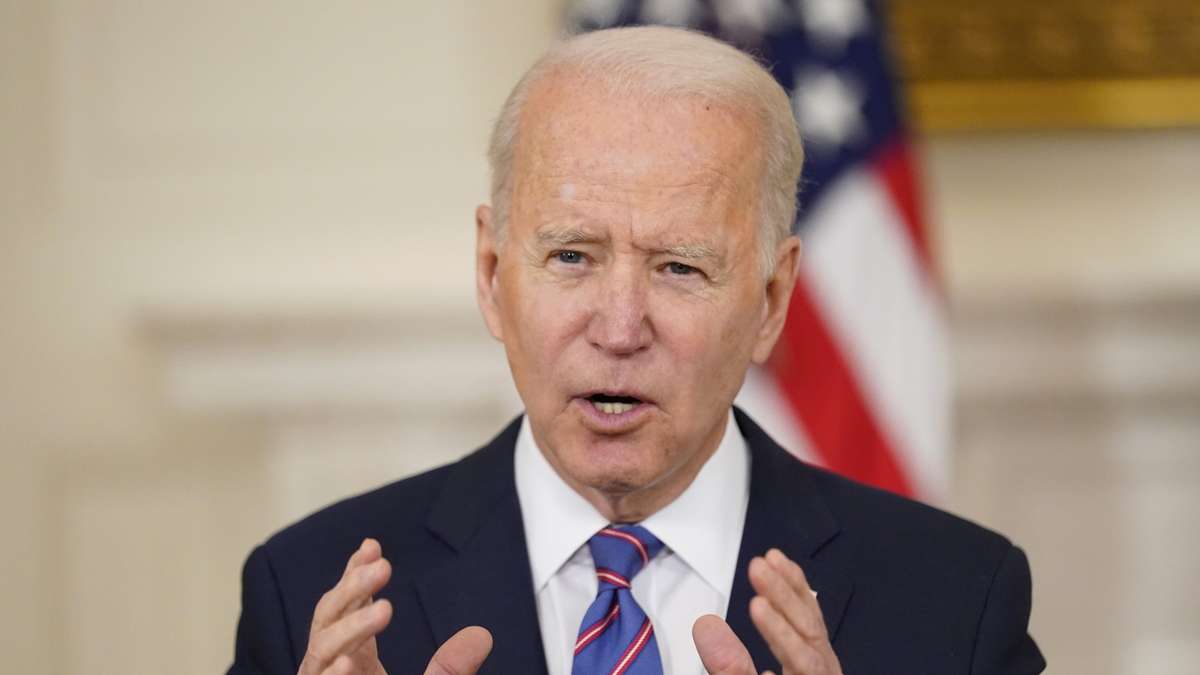 While Lauterbach is raging: Biden reaches the announced vaccination target much faster and doubles it 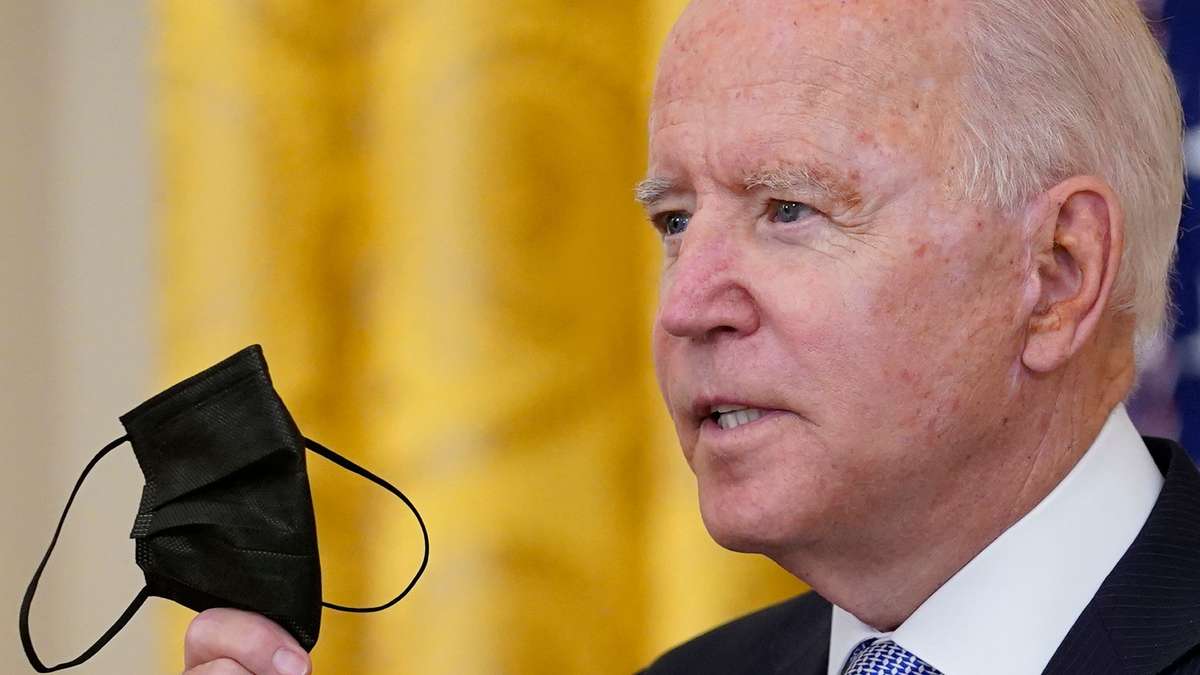 Corona alarm in the USA: Biden annoyed! US President hands out against Republican governors 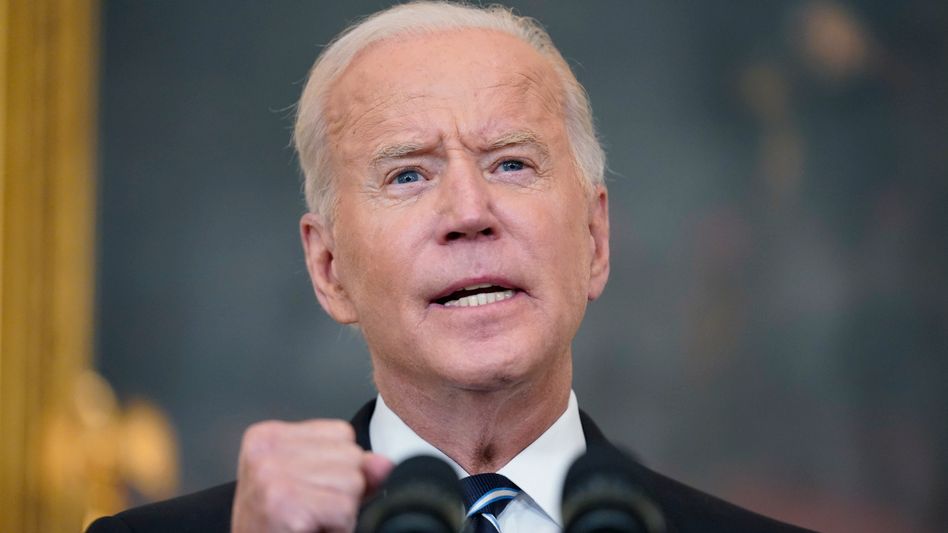