Report: The Queen does not intend to watch Harry and Megan's interview Israel today

| Europe Insiders told the Sandy Times that the royal family intends to launch an "attack on" the prince and the duchess, and that Elizabeth does not intend to watch what they call a "circus" Harry and Megan in an interview with Oprah Winfrey Photo:  AP It is likely that even those who do not devoutly follow the various affair of the royal house or watch "The Crown" will want to watch this morning (Su 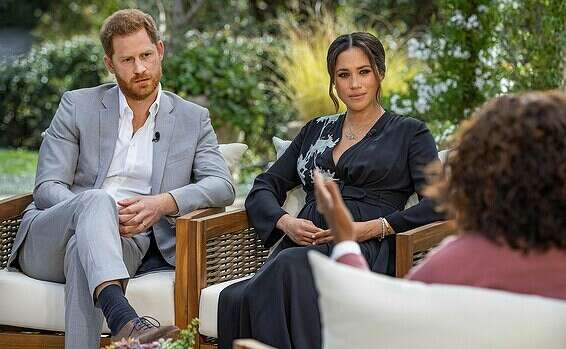 Insiders told the Sandy Times that the royal family intends to launch an "attack on" the prince and the duchess, and that Elizabeth does not intend to watch what they call a "circus"

It is likely that even those who do not devoutly follow the various affair of the royal house or watch "The Crown" will want to watch this morning (Sunday to Monday) an interview of Prince Harry and his wife Duchess Megan Merkel with Oprah Winfrey, described in the media as tell all. Free, without restraint).

Although it seems like everything has been told in the past year about the couple's decision to embark on an independent career in California with (allegedly) huge contracts with Netflix and Spotify, the interview is actually the first time the couple will sit down for a comprehensive conversation showcasing their full version of the move. On starting an independent career.

Promo for the show on CBS

The expectation, as well as the fear, among Buckingham Palace, is that the couple will also talk about the murky relationship and tension between them and the rest of the royal family, and especially in front of the other royal couple - Duchess Kate Middleton and Prince William.

According to a report in the Sunday Times, the Queen's associates have made it clear that the royal family will not remain silent if the interview includes harsh accusations against him, and that the Queen - in their estimation - does not even intend to watch what they call a "circus".

According to the report, the royal house intends in any case to launch a "counter-attack" that will remind British citizens that they are "focusing on the big issues", such as the fight in Corona.

Already today, on the occasion of "British Commonwealth Day", the Queen delivered a state of the nation address calling for "unity and connection between people".

The speech also featured William and Kate, as well as Regent Prince Charles and his wife Camilla.

The message was clear - we are together for the nation - while the "rebel" couple is busy making a fortune in America.

According to a report in the Sunday Times, people close to the queen said that the couple's interview was a "declaration of war" and that the royal house intended to "act with all its might" if they intended to make serious allegations during the broadcast.

In recent days the whole kingdom has been buzzing around the "teasers" that Winfrey released ahead of the interview, including Merkel's claims that the royal house, which she calls the "firm", tried to silence her and slander her about things that are not true.

"I do not understand why the 'firm' expects us to just shut up, after so long it has been working to fix lies about us, and if in doing so [we are being interviewed] we lose something, then we have already lost a lot anyway."

This of course refers to claims in recent years that Merkel does not get along with the royal family, and slander about her because of the color of her black skin or that she "deviated" Harry from the straight path, and her refusal to align with the royal protocol and long tradition.

As a reminder, Megan has been willing to express herself independently that is not coordinated with the palace since she married Prince Harry in 2018, such as when she revealed the thing about her previous miscarriage or current pregnancy, and even issues that are considered political.

Queen Elizabeth recently ruled out the possibility that the couple would continue to enjoy some of the roles involved in representing the royal family, making it clear to them that if they embarked on a new career they would have to finance their lives on their own, and not be able to "commercialize" the Windsor House for profit.

Last month, after a year of experience, they were forced to accept this arrangement permanently.

In fact, apart from their titles of duchy, they were deprived of almost any other significant position or title of royal house. 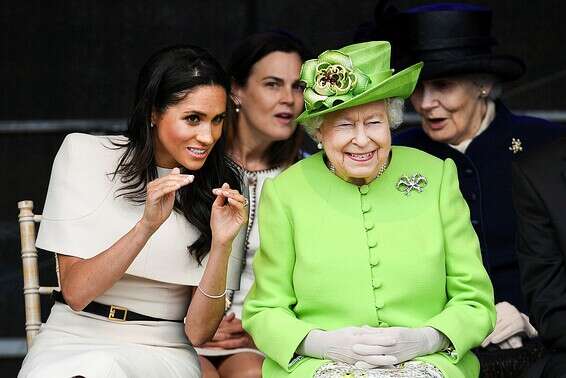 Report: The Queen does not intend to watch Harry and Megan's interview Israel today

Harry and Megan get involved with the Queen again because of Oprah Winfrey - Walla! Celebs 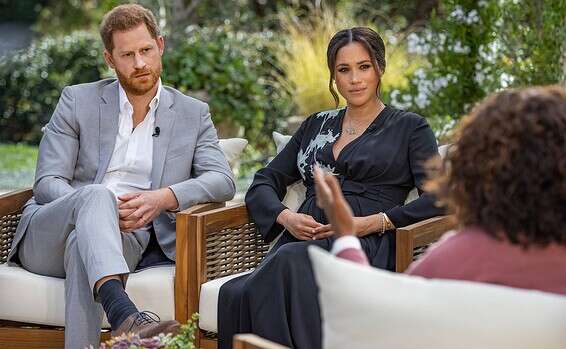 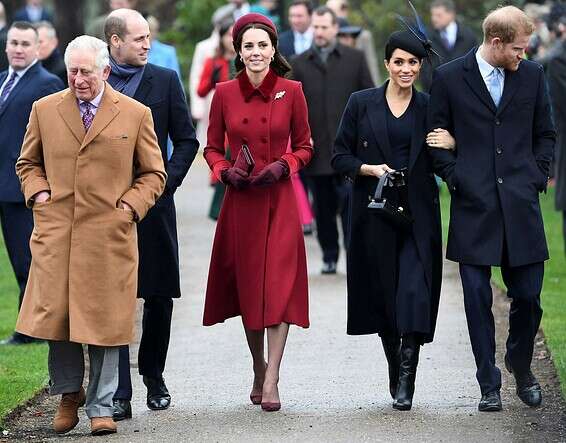 After the break: Princes William and Harry talked Israel today