An ardent communist launched International Women's Day: Clara Zetkin wanted much more than flowers, chocolate or women on boards. On her way she fought against great resistance - and piercing self-doubt.

"The right to vote without economic freedom is nothing more and nothing less than a change that has no course," she said as a young woman in her first major public speech in 1889.

Her partner Ossip Zetkin had recently died of a serious illness, a political refugee with whom she lived in exile in Paris.

She had taken care of him and the two children they had together.

For the rent of the much too small, damp workers' apartment, she did laundry and wrote for the German social democratic press.

Perhaps it was her way of dealing with the grief, to immediately throw herself into the organization of an international socialist congress with 400 delegates and give a lecture there - although she was terrified of speaking.

Almost every city in the GDR named a street after Clara Zetkin, few in the west know it.

A good hundred years ago, however, she was a prominent figure in the women's movement and in the SPD, and later in the KPD.

International Women's Day on March 8th goes back to her, she opened the Reichstag in 1932 with an anti-fascist speech and always stood up for the workers in the women's movement.

What do elections change in capitalism?

Why Zetkin once declared women's suffrage to be a minor matter in Paris: In capitalism, workers, with or without the right to vote, are always oppressed and exploited.

Therefore, you should concentrate your energies on abolishing the system altogether, instead of just changing little things in it.

But then, 20 years later, Zetkin campaigned for women's suffrage with SPD men as well as civil women's rights activists.

In 1910 it was she who launched an international women's day to fight for universal suffrage.

After her partner died and socialists in Germany were no longer threatened with persecution, at least according to the law, Zetkin returned to Germany with her sons in 1890 - not to Saxony, where she was born in 1857, but to Stuttgart.

Because there women were allowed to take part in political meetings, in many other parts of the empire not yet.

Clara was 39, Friedrich 21 and had just flown out of college as an art student.

As editor-in-chief of the new social democratic women's newspaper "Die Equality", it was easier for her than in Paris to look after herself, her sons and her partner.

"The biggest obstacle is an almost insurmountable shyness."

She feared public speaking and was at the same time self-critical in an almost toxic way.

She once wrote to the SPD politician Karl Kautsky:

“The biggest obstacle that prevents me from working is an almost insurmountable shyness and dissatisfaction with myself. When I've finished a manuscript, I always feel a remorse afterwards, and if I could run after the mail and stop it, I would certainly."

Nevertheless, Zetkin always spoke up at meetings of the Stuttgart Social Democrats with clever speeches and made their consistently male audience laugh and shouts of bravado.

She agitated in the trade unions, spoke to women's assemblies and workers' education groups.

She made 268 public speeches in one year alone, sometimes to 1,500 people.

Zetkin quickly became known, was delegated to party conferences and international congresses and was the first woman to be elected to a leading body of the SPD, the Control Commission.

Organizing the workers was their main goal - after all, the revolution could not do without half of the proletariat.

But because women were still not allowed to organize politically, the agitation ran largely underground.

But the male comrades also put obstacles in the way of Zetkin and her fellow campaigners.

In doing so, she always emphasized that the women’s question was about the common struggle for socialism, not about division.

14 hours in the factory, then household and children

At that time, women worked 14 to 16 hours in factories or workshops, after which the "second shift" was waiting at home: housework and raising children.

They simply did not have the time or energy to attend meetings in the evenings.

Clara, the daughter of a village teacher and a women's rights activist, had at least been able to attend high school.

During her time in exile, she was familiar with working hard every day for family maintenance and at the same time taking care of the household.

Understanding how little traditional party mobilization methods were reaching female workers, she visited them directly in their workshops.

In small groups it was easier for them to speak, she listened and stood by the workers with practical solidarity.

One participant in a "workers' education course" wrote:

“You could talk to her about anything: raising problems with children, marriage troubles, politics, women's issues or books.

She always knew an answer and I never had the feeling with her that she felt above the questioners.

If help was needed, you could rely on Clara Zetkin. "

Zetkin also saw that the workers could only get involved politically with better working and living conditions.

Hence their commitment to the general right to vote for women: In the centers of power, only the concerns of those who also had a vote counted.

Even as the head of the International Socialist Women's Conference, she had to defend this demand hard.

The British delegation wanted to be content with a "women's right to vote" for single women with property.

The 1910 conference agreed on this resolution, inspired by American participants and elaborated by Zetkin and Käte Duncker:

Poster for Women's Day 1914: "There must be no resting, no resting"

»In agreement with the class-conscious political and trade union organizations of the proletariat in their country, the socialist women of all countries organize a women's day every year, which primarily serves to agitate for women's suffrage.

The demand must be examined in its connection with the whole question of women according to the socialist view.

Women's Day must have an international character and must be carefully prepared. "

March 8th was chosen as the fixed date a few years later - to remember how women in Russia, according to the Gregorian calendar in February 1917, started the February Revolution with bread revolts.

For the first International Women's Day in 1911 there were 41 assemblies in Berlin alone, with 5,000 women taking to the streets in Wedding and in Moabit.

When the overwhelming majority of the SPD had already agreed to the war credits and the male-dominated International was on the verge of collapse, Zetkin worked out an appeal against the war at clandestine meetings with international socialists.

That put her in jail for a short time.

"My dearest, my only pink!"

In addition to the political struggles, she also suffered from a chronic illness.

It is unclear exactly why she was plagued by circulatory collapse, fever and severe eye problems, some of which confined her to bed for months.

Possibly it was the long-term effects of tuberculosis from the time in the poorly heated Paris apartment.

Zetkin drew her strength from anger over injustice and a passionate belief in a better world.

And from their friendships.

Her house was always open for long, noisy evenings or to spend the night in transit: for Karl Liebknecht, Franz Mehring, August Bebel, Lenin.

Clara always had close and deep friendships, especially with women.

The most important was the one with Rosa Luxemburg, and she held it herself when Rosa entered into a relationship with Clara's younger son Kostja.

Will this letter, will my love ever reach you? "

He didn't reach her.

On January 15, Rosa Luxemburg was found dead, shot by Freikorps murderers on the same day as Karl Liebknecht.

She is said to have had an earlier letter from Clara in her handbag.

Until her death, Clara Zetkin resisted any recognition of her achievements.

"I have always only obeyed my nature and deserve no praise for it," she said when they wanted to honor her at a congress of the International on her 64th birthday.

She remained a workaholic.

Even when she had to be cared for in a convalescent home in Arkhangelskoye near Moscow, she was still writing books in the hospital bed.

"Work is to me what champagne or booze is to others," wrote Zetkin to a friend.

Her fear of speaking in public also remained.

At the age of 71, she cursed the lecture the following day in a letter to Kostja Zetkin: "I'm in heavy labor, and I have stage fright as always."

Despite this fear of speech, serious illness and Nazi threats, Zetkin opened the Reichstag in 1932 at the age of 75, which was already dominated by the NSDAP.

In the meantime she herself was a member of the KPD.

From Moscow she wrote to party headquarters: "I'll come - dead or alive." Her opening speech was a fiery appeal to all working people to oppose fascism.

In a maddened fever, hours before her death, she spoke of Rosa.

She had given her last public speech shortly before: on March 8th. 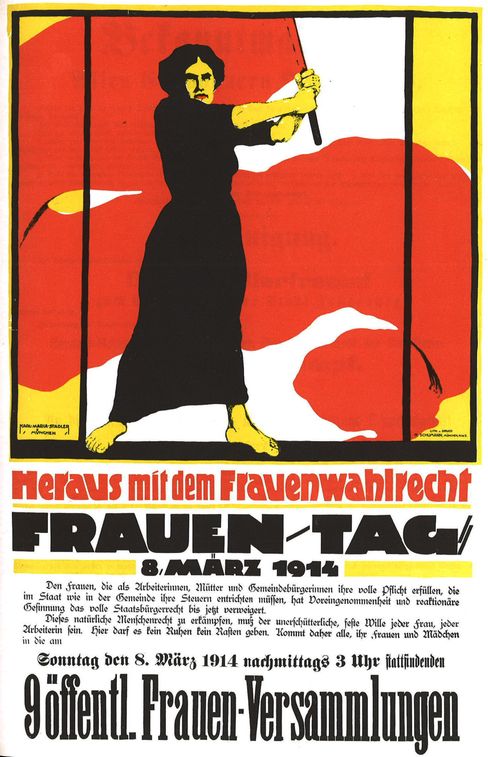 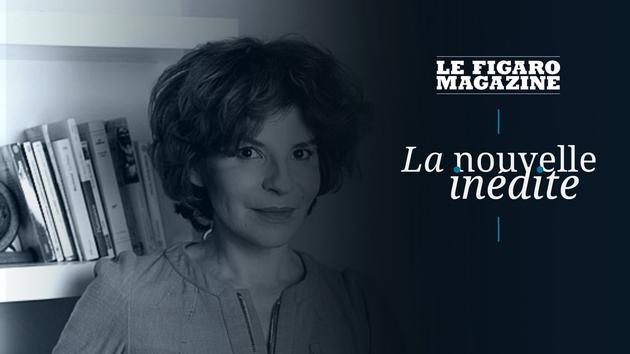 Discover In paradise for feminists, the new novel by Lorraine Kaltenbach International Women's Day: A public holiday in Germany - but only for a few 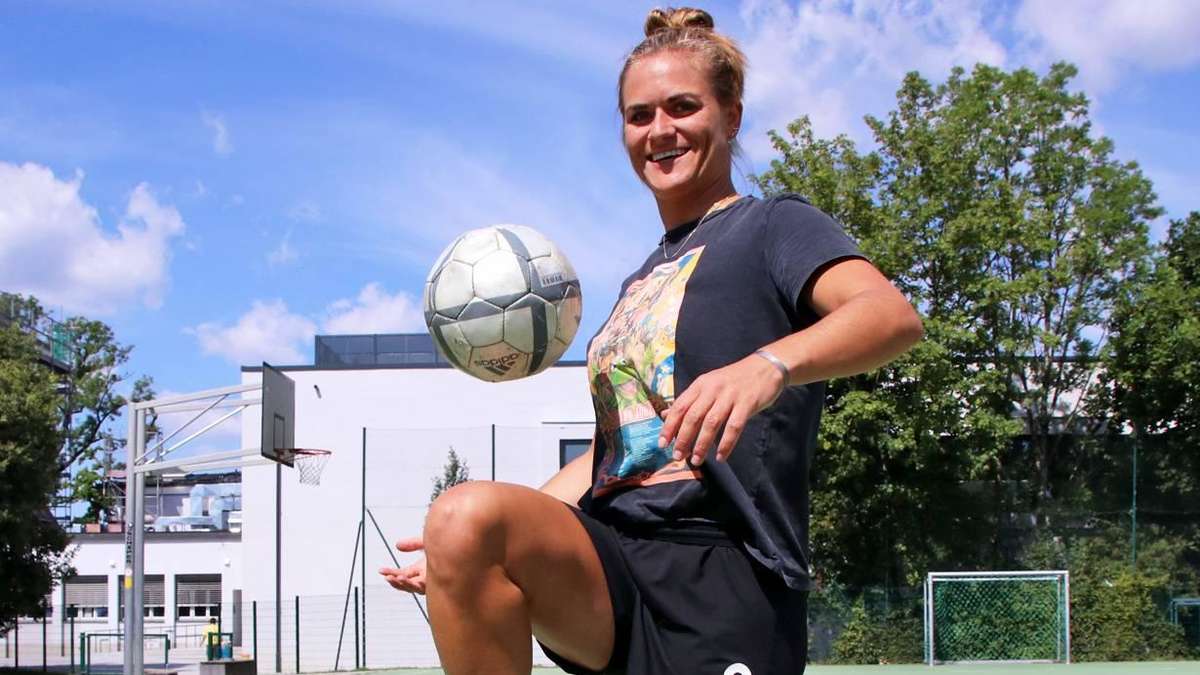 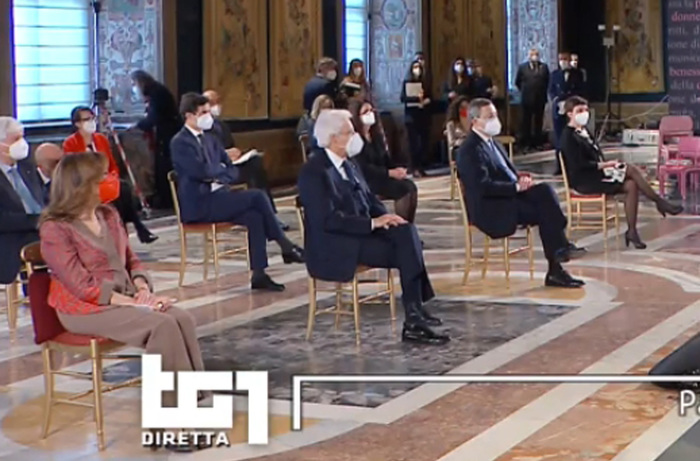 Olympism: after opposing him, Alice Milliat has her statue next to that of Coubertin