The city of Erding looks back on a long history. The municipality, which was made a major district town in 2013, has almost 36,500 inhabitants and is known nationwide for the Erdinger Weissbier brand. 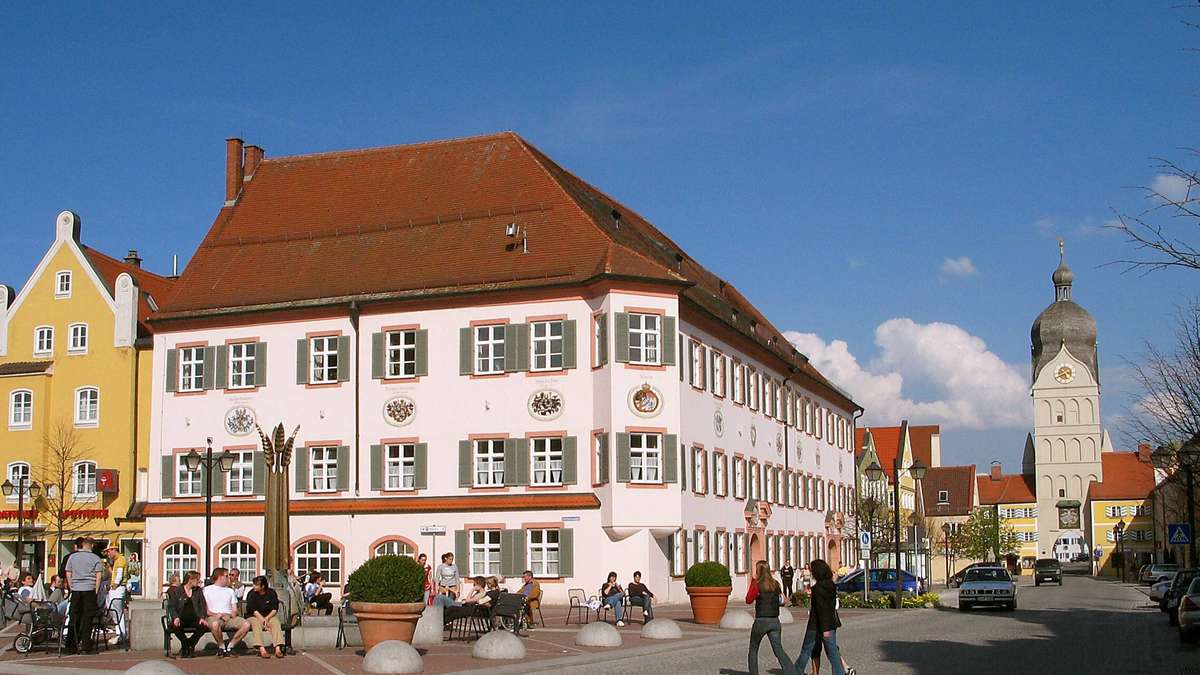 The city of Erding looks back on a long history.

The municipality, which was made a major district town in 2013, has almost 36,500 inhabitants and is known nationwide for the Erdinger Weissbier brand.

Erding - Although Erding is a contemplative small town, the city has the best economic prerequisites for the future.

Because Munich International Airport is only about ten kilometers away in Erdinger Moos.

This makes the city remarkable not only for craft businesses as well as small and medium-sized companies.

Due to its proximity to the airport and the state capital Munich, the district town is also of great interest to internationally operating companies.

In the last few years the number of inhabitants of Erding has grown steadily, because the local economy needs more and more skilled workers.

This is also shown by the numbers during the corona pandemic.

In January 2021, the unemployment rate was only three percent despite the negative effects of the measures, which experts classify as full employment.

The advantageous location and the attractive natural environment with many excursion and sports offers make Erding attractive for residents and visitors.

Erding - the early history of the city

For the first time in history, not the name Erding, but that of a district appears in the documents.

In 742, a member of the Agilolfinger gave the district of Altham to the Benediktbeuern monastery.

The current city of Erding was mentioned in a document in 788 under the old name "Ardeoingas".

In the early Middle Ages, a royal court was built in Erding, which King Arnulf donated to the cathedral chapter in Salzburg in 891.

In the Middle Ages the place grew and prospered and so Erding received city rights from Duke Ludwig of Bavaria in 1228.

This was followed by the deliberate expansion into a ducal town with a base on the Landshut – Munich – Schongau highway opposite the Freising monastery.

The city was laid out in the shape of a pear between the Sempt and the extra deepened Fehlbach in order to build a kind of water fortress.

Erding - the history of the modern age

Even in the last 200 years, the history of the city of Erding was marked by armed conflicts.

In the course of the Napoleonic Wars, especially during the Battle of Hohenlinden in 1800, the citizens had to take in and feed soldiers.

Erding and the surrounding communities have been intertwined for centuries.

This unit became official in 1803, when the Erding Regional Court was established with its seat in the city of Erding.

There were also 19 communities from the former Dorfen district court.

The district of Erding was established in 1939 when the district offices in the German Reich were appointed to districts.

In the course of the Bavarian regional reform in 1972, the state government formed today's district of Erding with the district town of Erding as the seat of the district council and administration.

During the Second World War, around 50 high-explosive bombs hit the city on the afternoon of April 18, 1945, which the American forces were more likely to want to drop on Freising.

The balance of this day were 120 Erdinger dead and 24 injured, who succumbed to their injuries in the following days.

On May 1, 1945, the Erdinger surrendered their city to the American armed forces without a fight.

Erding - the location of the city

From the city center of Munich, the distance to the city of Erding is around 31 kilometers to the northeast.

The city of Landshut is just as far away in a south-westerly location.

The Sempt is a tributary of the Isar, which curves around the old town in the eastern part of the city.

On the western side, the Fehlbach delimits the old town, which branches off from the Sempt.

In the Middle Ages, these two rivers protected the city from attack.

The city of Erding consists of the three districts of Erding, Altenerding and Langengeisling, the latter two being older than Erding and previously independent.

Erding is divided into 25 parts of the municipality.

With the opening of Munich Airport, the economy of the city of Erding experienced a great boom.

In 2019 - before the outbreak of the corona pandemic - Munich Airport "Franz Josef Strauss" counted around 48 million passengers, making it one of the top ten aviation hubs in Europe.

Its location at the airport and close to Munich makes the city attractive for many companies.

Although Erding does not have heavy industry, it does have a number of traditional companies that are among the world's best in their sectors.

Well-known companies based in Erding include:

There was a bell foundry in the city of Erding until the 1970s.

The economy in Erding benefits from the comparatively young inhabitants.

Due to its long history as a ducal town, Erding has many historical buildings to offer that survived the attacks of the Second World War largely unscathed.

The Erdinger Stadtpark in the style of English park landscapes was created from the palace and monastery gardens.

Erding - the politics of the city

Since 2008, the politics of the city of Erding has been dominated by Maximilian Goltz from the CSU, who was re-elected in the 2020 local elections.

The last city council elections in the major district town of Erding took place on March 15, 2020.

The results at a glance:

The parties AfD and Die Linke were not represented in the city council until then.

In the elections in the district, the district administrator was determined by a runoff election.

In the first ballot, Martin Bayersdorfer from the CSU was unable to prevail against Hans Schreiner, who ran as a joint candidate for The Greens, SPD and Free Voters.

In the second ballot, Bayersdorfer achieved 53.19 percent of the vote. 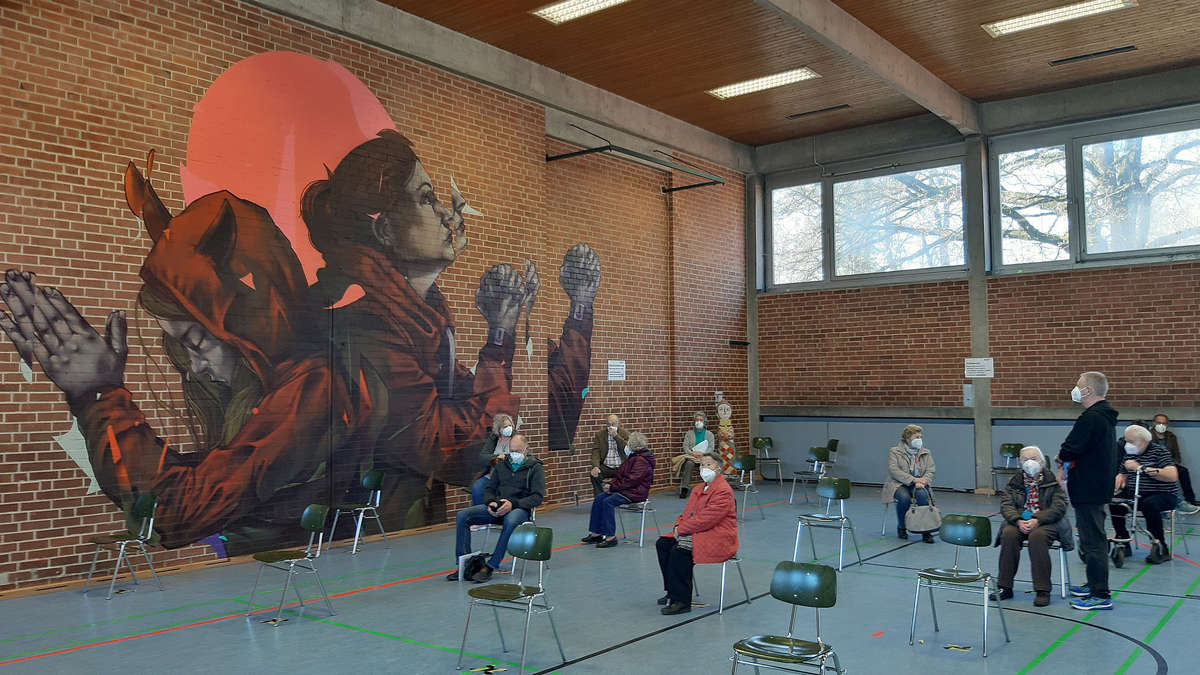 Visit to the hometown: Simon Zachenhuber and his dance partner train for Let's Dance in Erding After the wedding: the number of people infected with corona is increasing - incidence now among Bavaria's front runners 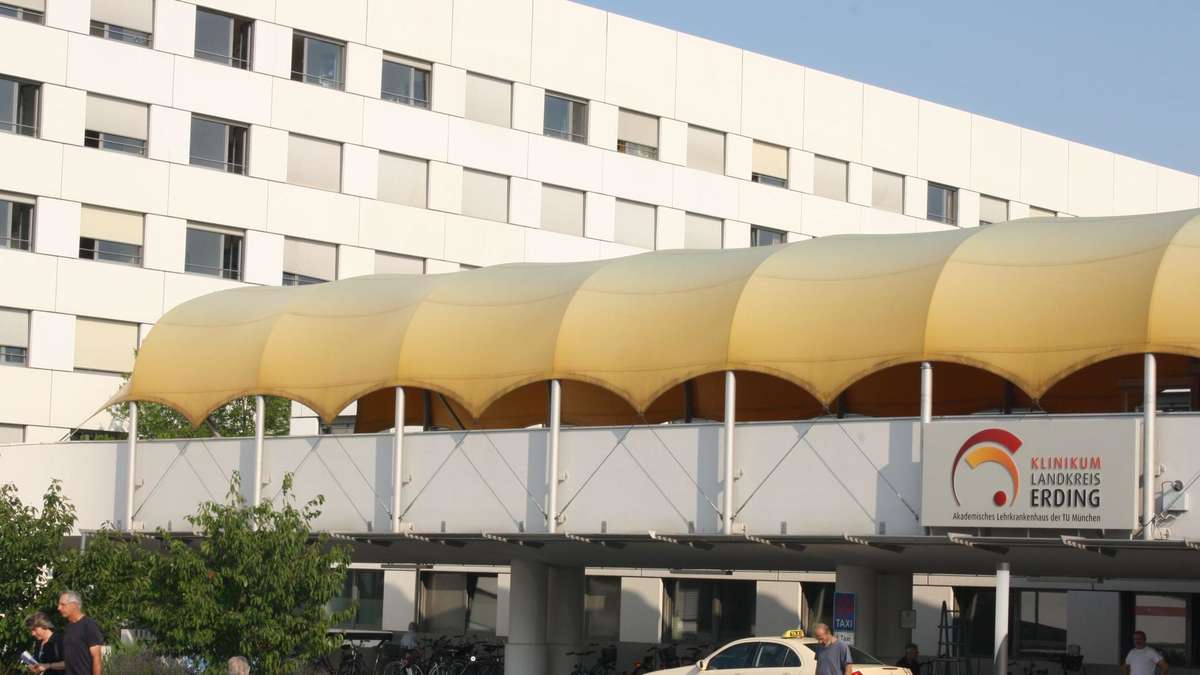 Brawl in Erding with dramatic consequences: two men collapse lifeless on the street Ranking in the midst of the corona pandemic: Germany's best thermal baths in Bavaria