Syria: evidence presented of hundreds of attacks on hospitals

The civil war has been raging in Syria for ten years. A report by the human rights organization "Syrian Archive" now documents how the regime and its Russian aid workers are systematically bombing medical facilities. 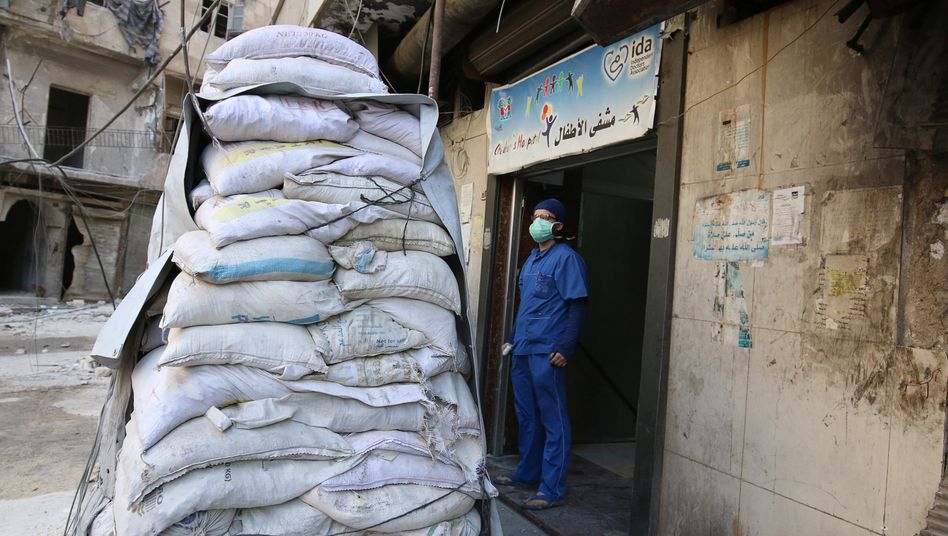 Employees at a hospital in Aleppo (2016): Sick, injured and clinic employees must be explicitly protected in armed conflicts under international humanitarian law - they have been repeatedly attacked in Syria

The bombs that fell on Aleppo on July 23, 2016 hit al-Hakim Hospital, which specializes in treating children.

At the time, the director of the hospital reported that parts of the projectile had hit the ventilator on which a newborn was hanging, "it was dead instantly."

A total of four babies died in the attack.

In addition to the children's clinic, at least three other hospitals in Aleppo were hit within a few days.

For the Berlin-based »Syrian Archive«, this series of attacks is no coincidence - it is proof of the targeted action taken by the Syrian regime and its Russian supporters against medical facilities in rebel areas.

On the tenth anniversary of the civil war, human rights defenders gathered evidence of hundreds of attacks on hospitals and other medical facilities.

According to research by the Syrian Archive, there have been at least 410 attacks on medical facilities since the beginning of the war in 2011.

"Many attacks represent well-documented war crimes and crimes against humanity," said a report by the human rights organization that SPIEGEL was able to see in advance.

Parallel to the publication of the report, the »Syrian Archive« led by the digital forensics expert Hadi al-Khatib is also posting more than 1200 videos online showing the attacks and their devastating consequences.

Destroyed hospital in Aleppo (2016): Some facilities were hit several times.

The human rights activists therefore do not believe in accidental collateral damage - they see a strategy.

Khatib speaks of a “deliberate strategy of illegal attacks on medical facilities” in the past ten years - even though the sick, injured and clinic employees must be explicitly protected in armed conflicts under international humanitarian law.

In 90 percent of the cases in which the background could be clarified, armed forces of the Syrian regime or Russia are to be blamed, write Khatib and his colleagues in their report.

In 227 cases the attacks were carried out by air strikes.

Again and again, according to the human rights activists, there were obviously targeted, almost simultaneous attacks on several hospitals in a region - as in Aleppo in July 2016. More than 70 medical facilities were repeatedly victims of attacks.

The human rights activists do not want to believe in accidental collateral damage or chance hits: The Orient Hospital in the small town of Kafranbel near Idlib was attacked ten times, according to the Syrian Archive.

The al-Sakhour Hospital in Aleppo (also known as "M10"), which operated underground to protect against attacks, was destroyed by a bunker-breaking bomb.

For the »Syrian Archive«, which has been collecting hundreds of thousands of videos about the Syrian civil war since 2014, this is a clear indication that a specially protected medical facility was deliberately targeted.

More than half of the attacks documented by human rights defenders have resulted in deaths, including pregnant women and people with disabilities.

In around half of the cases, the hospitals could no longer be used or were seriously damaged after the attacks.

"Since the beginning of the war, the regime has been targeting medical facilities all over the country," says Syrian human rights lawyer Anwar al-Bunni.

The strategy is to "let the wounded opposition die".

Can those responsible be held accountable?

It is time-consuming to hold those responsible to account, but by no means pointless, says Bunni.

After all, flight logs and radio messages from the Russian Air Force revealed as early as 2019 that the attacks were deliberate, brutal attacks.

Bunni himself has been imprisoned again and again in Syria.

In 2016, he set up an office in Germany shortly after he fled.

From there, he is networked with lawyers and human rights activists around the world.

Oppositionists between Canada and Qatar have been collecting evidence for years to try the war criminals in Syria.

The first legal proceedings are already underway, albeit not in Syria, but in Germany.

A few days ago in Koblenz, a former Syrian secret service officer was sentenced to four and a half years in prison because he was partly responsible for torture in Assad's prisons. 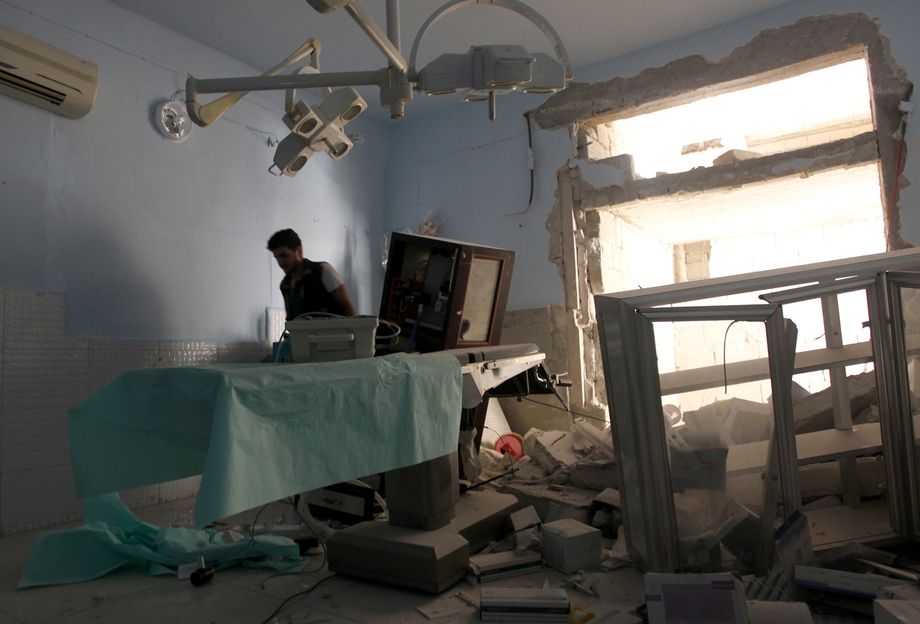 Syria: evidence presented of hundreds of attacks on hospitals Lebanese Forces: Giving oxygen to Syria to the Lebanese people restored hope to them International reports: Hundreds of thousands of terrorists were sent by the West to Syria ... and Turkey is their main corridor 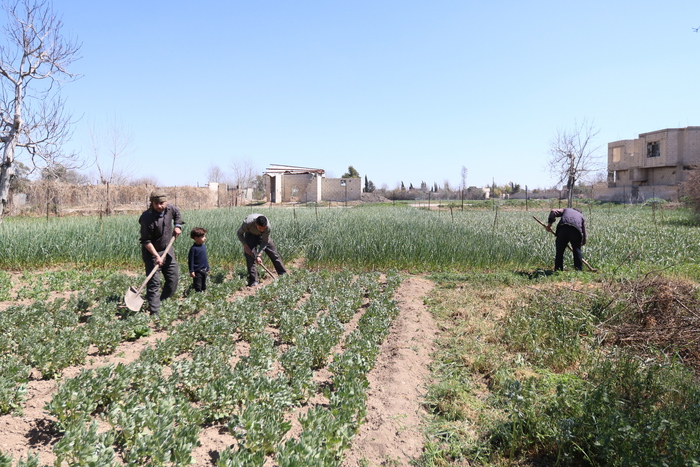 Syria: Guterres condemns for wave of attacks in the north-west 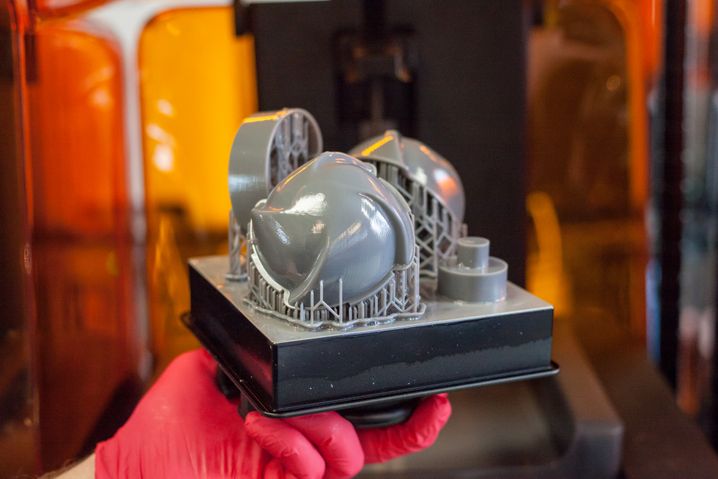 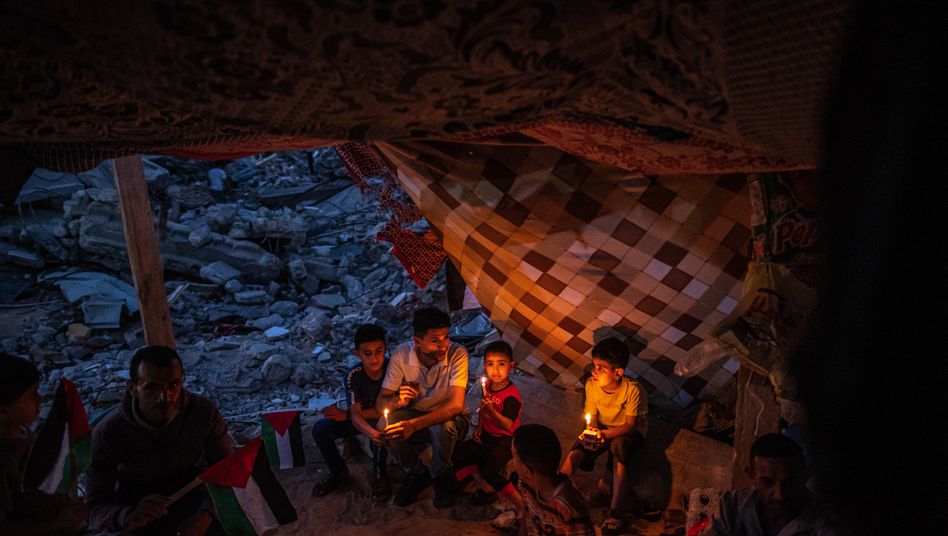 Action on Armed Violence: How explosive weapons hit the civilian population in particular