Refused to confront one of the complainants: A senior IPS investigation suspected of sexually harassing has ended

The case on suspicion of sexual harassment has been transferred to the prosecutor's office and it appears that it is expected to be closed, after the women who were allegedly harassed refused to complain and testify.

In the video: Gondar Asher Shrikki at the "Outside the Walls" conference of the Prison Service (Walla! NEWS system)

Blade 433 investigators have completed an investigation into the case of Gondar Asher Shrikki, a senior IPS official who was forced to announce his early retirement from the organization, Walla learned. Over the years, he had a romantic relationship with his order, and allegedly committed tax offenses. The investigation also raised allegations of abuse and threats on Shriki's part of the IPS staff.

A source close to the details said that in recent days the police have forwarded the findings of the investigation to the prosecutor's office, which accompanied the investigation even when it was in the covert stage.

It appears that the case regarding suspicions of sexual harassment is expected to close due to lack of evidence, after women who were allegedly harassed by him refused to file a complaint and testify, despite the efforts of investigators from the Blade 433 Prison Investigation Unit to collect complaints from them.

No decision has yet been made regarding suspicions of tax offenses against Shrikki.

After he was taken on leave following his interrogation: IPS official Asher Shrikki resigns from the organization

It was learned that Ricky refused during the investigations against him to confront with one of the complainants about threats and violence.

It was also learned that the main complainant against Shrikki for sexual harassment refused to confront him.

The same Social Security-recognized officer, whose 20% disability is due to post-trauma, told Blade 433 investigators that she did not have the mental strength to face Shrikki face-to-face in the investigation and in the courts.

"This story hurts her. She prefers not to pry into these wounds," her associates told Walla !.

Ricky who announced his retirement is on vacation at his own expense and is still considered a prison service employee.

This is despite the fact that he has already been replaced by the head of the Prisoner's Division, so the IPS has a number of tools for disciplinary treatment of Shrikki in light of the acts attributed to him over the years.

A senior IPS official suspected of sexual harassment has been taken on leave and will not return to his post - Walla! News 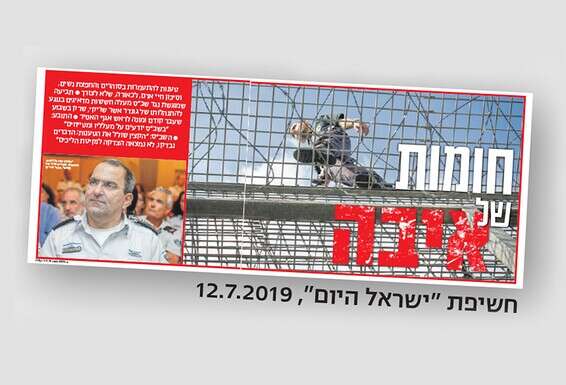 After the allegations against him: The head of the prisoner's wing resigned Israel today

The Prisoners' Affair: The State Attorney's Office offered the main complainant to give up her testimony - and was denied - Walla! news

After he was taken on leave following his interrogation: IPS official Asher Shrikki resigns from the organization - Walla! News

The person in charge of discipline in the police will be prosecuted on suspicion of sexual harassment - Walla! news