Ten years of Fukushima: The effects of the accident can still be felt today - in Japan, Germany, everywhere. 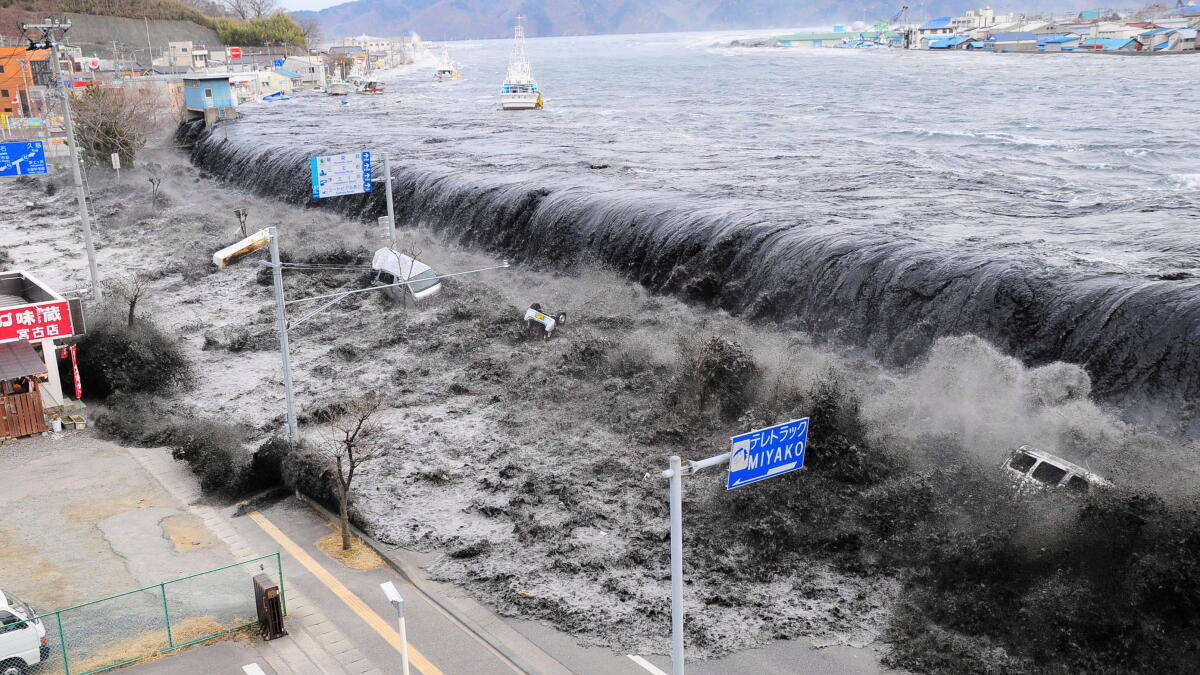 Ten years of Fukushima: The effects of the accident can still be felt today - in Japan, Germany, everywhere.

A devastating tsunami * as a result of an earthquake rolled towards the coasts of Japan, killed around 20,000 people and finally hit the Fukushima nuclear power plant with full force.

After the gigantic tidal wave had previously buried entire villages on the Pacific coast, the meltdown at the reactor meant the worst-case scenario.

Ten years of Fukushima: As in Chernobyl - hardly any life around the reactor

The disaster in the nuclear power plant released large amounts of radioactive radiation, which contaminated the environment on a large scale.

Ten years after the accident, not all of the victims can return to Fukushima Prefecture.

Around 41,000 people are still living uprooted.

Some areas around the nuclear ruins in Fukushima are still a restricted zone due to high levels of radiation.

The town of Okuma, where the nuclear power plant is located, advanced to become a ghost town.

It has great parallels with the city of Pripyat, which to this day has not really recovered from the Chernobyl nuclear disaster in 1986.

Sadness instead of life: the streets around the Fukushima nuclear power plant are still empty ten years after the accident.

Ten years of Fukushima: Still problems at the plant - shutdown only after 2050

The Fukushima nuclear power plant is currently back in operation, but the work on site is by no means comparable to the time before 2011.

Around 4,500 people are deployed every day to deal with the consequences of the reactor: the recovery of almost 900 tons of molten fuel and highly radioactive debris.

According to official information, it will take another 30 to 40 years until the damaged nuclear power plant can be completely shut down.

Critics consider this timeframe to be too optimistic.

The problems on site are too serious.

As reported by the Japanese TV broadcaster NHK, the water level in the basement of the destroyed reactor 3 has risen for reasons that have not yet been clarified.

This indicates possible new damage from a major earthquake that recently shook the disaster area again.

Fukushima: Japan temporarily shut down all nuclear power plants in the country

The lives of the people affected have not been the same since the disaster.

The reconstruction of the region is now entering the final phase, said Japanese Prime Minister Yoshihide Suga * during a memorial ceremony on Thursday.

The victims will by no means be forgotten even after ten years.

In addition to the innumerable individual fates, the accident also had far-reaching global consequences.

A number of countries changed their nuclear power plant policy - in different ways.

After the accident, Japan * shut down all 54 nuclear power plants in the country so that safety precautions could be tightened.

In retrospect, a number of design deficiencies had become apparent at the Fukushima nuclear power plant.

However, it is unclear whether a properly functioning nuclear power plant would have survived the disaster better.

Before 2011, the island nation produced almost a third of its electricity from nuclear power; today it is less than ten percent.

But that should change.

The Japanese government wants to increase the share of nuclear energy to 20 to 22 percent by 2030.

According to Tokyo, they want to be more independent of energy imports.

The country wants to be climate neutral by 2050, for which renewable energies should be the focus, but not the sole energy source.

However, the majority of the Japanese population has rejected nuclear energy since Fukushima.

In regions with corresponding plants there are major protests against the planned resumption.

Nuclear energy continues to play a major role in other countries as well.

The front runner is France, where around 70 percent of electricity is still generated by nuclear energy, followed by Ukraine, Slovakia and Hungary.

In France, the lifetimes for nuclear power plants were recently extended on a long-term basis, while in other countries politicians are planning to phase out.

In Germany, Fukushima triggered a radical turn in energy policy and accelerated the nuclear phase-out.

In 2011, 17 nuclear power plants were still in operation.

The then black and yellow federal government did not want to close most of the plants until the 2030s, and even guaranteed some operators longer operating times shortly before the disaster.

After Fukushima, however, eight plants were shut down immediately, and more followed.

Six systems are currently still in operation, but they will be shut down by 2022 at the latest.

The share of nuclear energy in gross electricity generation has accordingly fallen sharply in recent years.

It is currently around eleven percent.

Ten years of Fukushima: Renewable energies on the advance in Germany

Instead of nuclear energy, Germany is now largely relying on renewable energies.

At 51.8 percent, more than half of the electricity is currently generated in this way, according to the Federal Statistical Office.

The most important energy source is wind power, which in 2020 represented around a quarter of the amount of electricity fed into the grid.

In the past ten years, more than 10,000 systems have been installed in Germany.

In addition to wind, the proportion of photovoltaics in Germany is also increasing.

In order to focus more on renewable energies in the future, Germany is moving out of both nuclear and lignite and hard coal energy.

The first plants have already been switched off.

By 2038 at the latest, the last coal-fired power plant should go offline and the production of lignite should be stopped.

Fukushima: Japan freezes for the ten years of the triple disaster of 2011 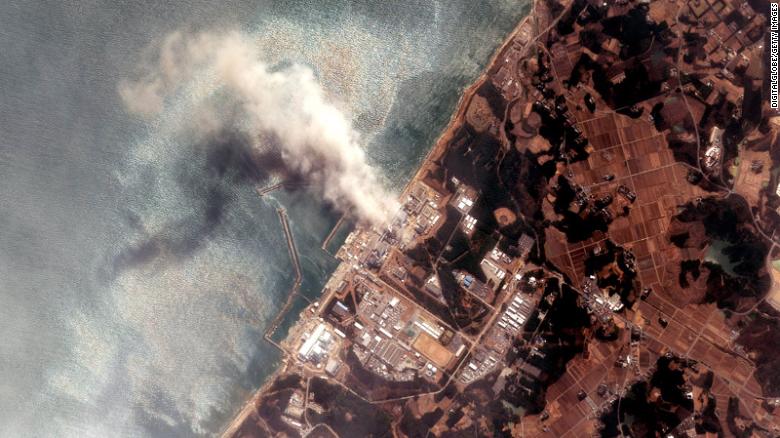 10 years after the tsunami in Japan, the scars continue

The tenth anniversary of Fukushima 311. More pictures | Ring Mission experts 5 went to the disaster area to remember the lesson: Don’t dig your own graves 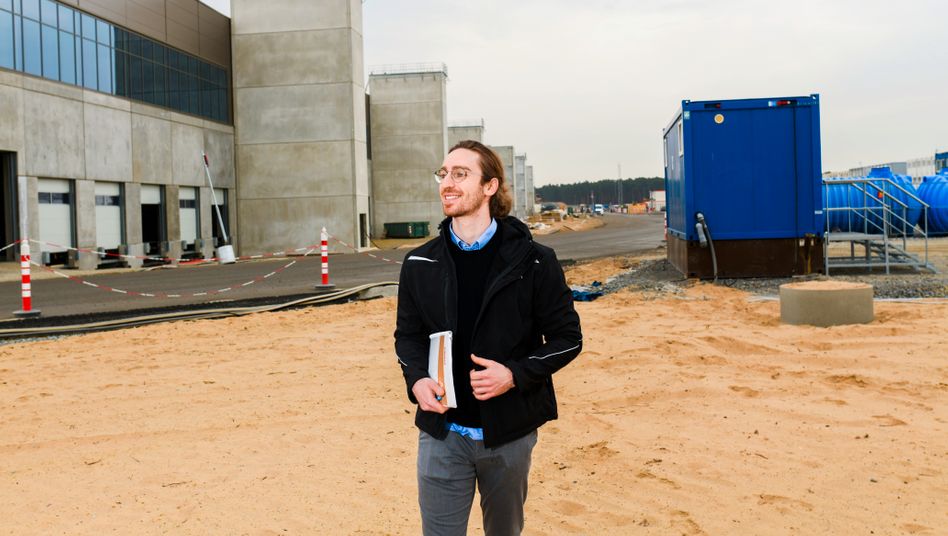