Kate Middleton responds to Prince Harry and Meghan's interview with silence. But did she want to convey an important message with a detail? 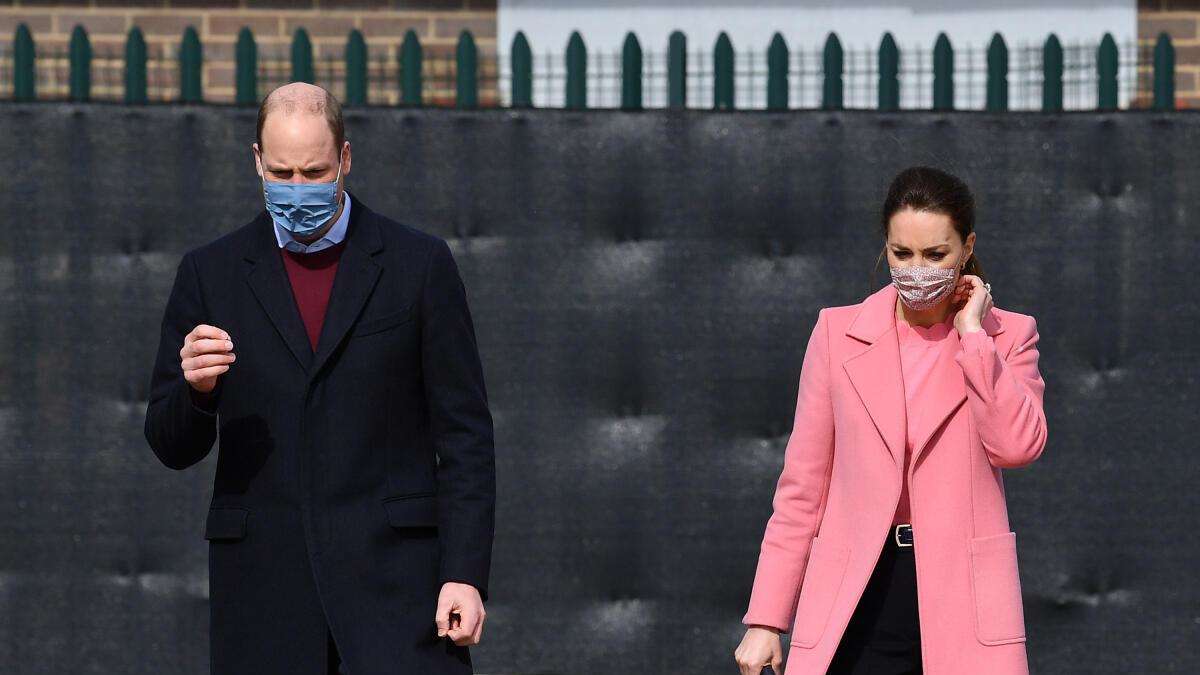 But did she want to convey an important message with a detail?

London - Even more than usual, the eyes are currently on the British royal family: After Prince Harry (36) and wife Meghan (39) chatted out of the royal sewing box with Oprah Winfrey (67) and serious allegations against the royal family, the Reactions from the individual members to the interview are eagerly awaited.

The first official statement from Queen Elizabeth followed two days after it aired (Sunday, March 7, local time) on US television on Tuesday (March 9).

Prince Charles (72), on the other hand, just laughed and then just went on when reporters asked him about the interview while visiting a Covid 19 vaccination station in London.

Prince William (38) defended the palace angrily during a public appearance and stressed that they were "certainly not a racist family".

Meghan and Harry had talked to Oprah about racism within their own family, among other things.

But how does Prince William's wife Kate Middleton (39) view the allegations of her brother-in-law and sister-in-law?

Together they visited a primary school in London on Thursday (March 11th), as current photos show.

There they were of course also approached by the reporters present about the statements in the interview by Williams' brother and his wife.

In addition to his reaction to the racism allegations, he was also asked if he had spoken to Harry in the meantime.

That was not yet the case, but he announced: "But I will do that."

Prince Harry revealed to the US talk show host that he wanted to make up with his brother.

And he and Meghan didn't say a bad word about Kate Middleton either.

The former actress only clarified a story from the past: After her big royal wedding in March 2018, rumors circulated that Meghan had made her sister-in-law cry during the preparations.

Meghan now made it clear three years later that it would have been the other way around: She was apparently the one who burst into tears because of Kate, because she was upset about the bridesmaid dresses.

After an apology from Kate, however, the matter was over for both of them.

Meghan described her sister-in-law as a "good person" in an interview.

While William responded to the reporter's questions, Kate reacted in a similar way to Prince Charles: She was absolutely silent.

However, she may have wanted to take a stand in a different way.

suspects, Kate could have sent a special message to her brother-in-law and sister-in-law with the color of her outfit chosen for this gig.

As can be seen in the photos, the Duchess of Cambridge wears a long pink coat and a pink sweater of a similar shade.

The British news magazine is now assuming that the choice of color could have a deeper meaning.

According to a website on color psychology, pink and pink, being warm colors, represent love and tenderness.

The light pink that Kate chose for her appearance can stand as a symbol of affection, harmony, friendship and peace.

Perhaps the 39-year-old wanted to send an important signal in the direction of Los Angeles, where Prince Harry and Meghan have lived since their Megxit.