In several EU countries, the corona vaccination with the AstraZeneca vaccine has been discontinued for the time being. The EMA gives the all-clear, but points out possible side effects. In several EU countries, the corona vaccination with the AstraZeneca vaccine has been discontinued for the time being.

The EMA gives the all-clear, but points out possible side effects.

.: AstraZeneca has again rejected concerns about the safety of its corona vaccine after an analysis of vaccination data.

A careful analysis of the safety data of more than 17 million vaccinated in the EU and the UK has not provided any evidence of a higher risk of pulmonary embolism, deep vein thrombosis or low platelet counts (thrombocytopenia), the Swedish-British pharmaceutical company said in London on Sunday.

The company is now referring to even more data sets.

Ireland, Denmark, Norway and Iceland, among others, have suspended vaccinations with the AstraZeneca vaccine for the time being because of concern about serious side effects.

Experts do not see an increased risk of thrombosis from AstraZeneca's corona vaccine.

As the German Science Media Center (SMC) reports, there is no evidence of a causal relationship between thrombosis and the vaccination after the first examination.

This is reported by the Pharmacovigilance Risk Assessment Committee (PRAC) of the European Medicines Agency (EMA), which is responsible for the assessment and safety of human medicines.

The number of previously reported 30 thrombosis cases in almost five million vaccinated people in the European Economic Area does not represent an accumulation compared to the occurrence in the general population. So-called thromboembolisms occur in Germany about 1 to 3 times per 1000 people and year and are therefore relatively common .

"This number is not higher than the number of thromboembolic events that would statistically randomly occur in the exposed population even without vaccination," said the PEI in a statement.

In accordance with the EMA, the Paul Ehrlich Institute believes that the benefits of the vaccination outweigh the known risks.

According to the SMC, when weighing up individual risks, it should be noted that around 15 percent of Sars-CoV-2 infected people experience thromboembolic events after a Covid 19 disease.

Even in the current situation, the risk of the disease must be weighed against the conceivable risks of a COVID-19 vaccination.

Doctors from the USA and Europe observe blood clots as a common Covid-19 complication.

For the time being, the city is not giving any further appointments to under-80s.

However, all appointments that have already been agreed would be kept, said Martin Helfrich, spokesman for the health authority of the dpa.

In order to be able to do these vaccinations, the vaccination doses still in the warehouse would be required.

"New appointments can only be given when new deliveries arrive," explained Helfrich.

"Appointments can be resumed as soon as reliable delivery plans are available and further deliveries are made." For the next two weeks, AstraZeneca has announced the delivery of only 4,800 vaccine doses to Hamburg each time.

Originally, a total of more than 26,000 doses of the corona vaccine had been promised.

The vaccination commission in Ireland has spoken out in favor of a temporary stop of corona vaccinations with the preparation from AstraZeneca.

The reason for this are new reports from the Norwegian Medicines Agency about cases of severe blood clots after the vaccination, it said in a statement on Sunday.

So far, no connection has been established between the AstraZeneca vaccine and the reported cases, the Irish Vaccination Commission wrote.

Nevertheless, according to the precautionary principle, a postponement of the AstraZeneca vaccinations in Ireland will be advised until further information is available.

But now there is the U-turn and new details about the deaths *.

In Norway, blood clots or cerebral hemorrhage occurred in three young people after they were vaccinated with the AstraZeneca corona vaccine.

As the Norwegian health authority Folkehelseinstitutt announced on Saturday, all three work in the health sector.

Now investigate whether there is a connection between the AstraZeneca vaccination and the blood clot.

"Something like this is very rare, but very serious," said Steinar Madsen from the Medicines Agency to the Norwegian broadcaster

In addition, several cases have been reported in which young vaccinated people had skin bleeding or bruises, said Sigurd Hortemo from the Folkehelseinstitutt.

This could be an indication of a low number of blood platelets (thrombocytes), which in turn could trigger internal bleeding.

There have been several cases of blood clots in Norway following AstraZeneca vaccination.

So far, no connection has been established.

People under the age of 50 who have been vaccinated with the AstraZeneca active ingredient in the past two weeks are now asked to pay close attention to side effects and to see a doctor if they bleed or bruise.

So far, 121,820 doses of the British-Swedish vaccine have been administered in Norway.

Last Thursday, however, the authorities stopped the corona vaccinations with AstraZeneca after a person in Denmark died of a blood clot shortly after the vaccination.

So far, however, no clear connection has been established.

The European Medicines Agency (EMA) had also stated that there was no noticeable accumulation of thromboses in the temporal connection with the AstraZeneca vaccination.

AstraZeneca has announced another drastic cut in its vaccine deliveries * to the European Union.

The British-Swedish pharmaceutical company announced on Friday evening that it intends to deliver 100 million doses to the EU countries in the first half of this year, 30 million of them in the first quarter.

Most recently, AstraZeneca had assumed 220 million cans by the middle of the year.

"Although they worked tirelessly to speed up deliveries, AstraZeneca disappointingly has to announce a cut in planned corona vaccine deliveries to the EU," the company said in a statement.

"Unfortunately, export restrictions will now reduce deliveries in the first quarter, and probably will also in the second quarter," AstraZeneca announced.

The EU had accused both the US and the UK, unlike itself, of not exporting any corona vaccine produced in the countries.

In Thuringia, the allocation of vaccination appointments has now been stopped due to delivery problems and the start of corona vaccinations for general practitioners has been postponed.

31,200 AstraZeneca vaccination doses should be delivered to Thuringia in the next two weeks.

According to the Ministry of Health, it will now only be 9,600.

Werner criticized Federal Health Minister Spahn, who asked the federal states in February not to withhold any AstraZeneca vaccine doses because the quantities delivered were safe.

“That's exactly what we did and planned every single dose of the vaccine.

Now the announcement from the Federal Ministry of Health is forcing us to stop our appointments and to postpone the involvement of general practitioners, ”explained Werner.

“This also means that the last spark of trust in binding commitments has been extinguished.

I call on the Federal Minister of Health to intervene immediately. "

Amsterdam - anaphylaxis and hypersensitivity - these two reactions are to be added to the list of possible side effects of the AstraZeneca corona vaccine.

According to the European Medicines Agency (EMA), the British-Swedish vaccine manufacturer's vaccine can in rare cases trigger these severe allergic reactions.

There are reports of 41 possible anaphylaxis cases among five million vaccinated people in the UK, the EMA said on Friday.

After a careful analysis of the data, the committee responsible for vaccine risk assessment considers a connection between the allergic reaction and the vaccination to be at least in some cases probable, according to the authority based in Amsterdam.

At the same time, however, the EMA pointed out that severe allergic reactions are a known, rare side effect even with vaccinations against other diseases.

The package insert for the AstraZeneca vaccine against the coronavirus * already recommends that patients should remain under observation for at least 15 minutes after a vaccination in order to be able to react to possible allergic reactions.

Some states in the EU had already announced that they would stop corona vaccinations * with the AstraZeneca vaccine for the time being.

Denmark announced on Thursday that it would suspend vaccinations with the British-Swedish company's preparation for 14 days.

The reason given by the Danish health administration was reports of severe blood clots after people had been vaccinated with the drug.

Several EU countries have discontinued the corona vaccination with the AstraZeneca vaccine for the time being.

There was also a death in Denmark *.

At the same time, however, the Danes made it clear that it was not yet possible to determine whether there was a connection between the vaccine and the blood clots.

Other countries such as Norway, Iceland and Bulgaria also suspended vaccinations with the AstraZeneca agent.

In Austria, due to the death of a nurse and three other illnesses *, the use of a certain batch was suspended as a precaution.

Sweden and Poland, however, said they would continue to use the AstraZeneca vaccine.

"I regret that on this basis - as of Friday morning - some countries in the European Union have suspended vaccination with AstraZeneca," said Federal Health Minister Jens Spahn (CDU) at a press conference on the current Corona situation in Germany on Friday in Berlin.

He referred to an assessment by the EMA, according to which there was no noticeable accumulation of thromboses in the temporal connection with the AstraZeneca vaccination.

By March 10, 30 cases of "thromboembolic events" had been recorded in almost five million people who had been vaccinated with the vaccine.

The World Health Organization (WHO) agreed with this assessment, as did the Paul Ehrlich Institute (PEI) responsible for Germany.

"With what we know so far, the benefit is far greater than the risk," assured Spahn.

Lothar Wieler, President of the Robert Koch Institute (RKI) *, explained that there had been no evidence so far "that these events would be statistically conspicuous".

"Since there are many people who are concerned, I will also be vaccinated with AstraZeneca to show that I have confidence in the vaccine," announced Kurz.

The British-Swedish pharmaceutical company itself has also rejected concerns about serious side effects of the corona vaccination *.

"An analysis of our safety data of more than 10 million records has shown no evidence of an increased risk of pulmonary embolism or deep vein thrombosis," a spokesman assured on Friday.

This applies to all ages, genders, countries or batches of the AstraZeneca vaccine.

"In fact, these events occur less frequently among vaccinated people than in the general population," the spokesman continued. 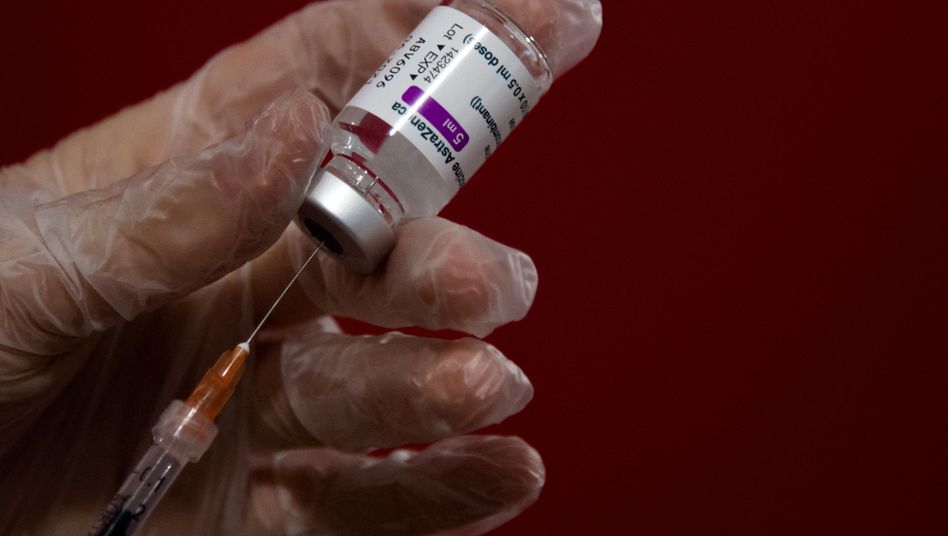 Norway: death of a second caregiver vaccinated with AstraZeneca 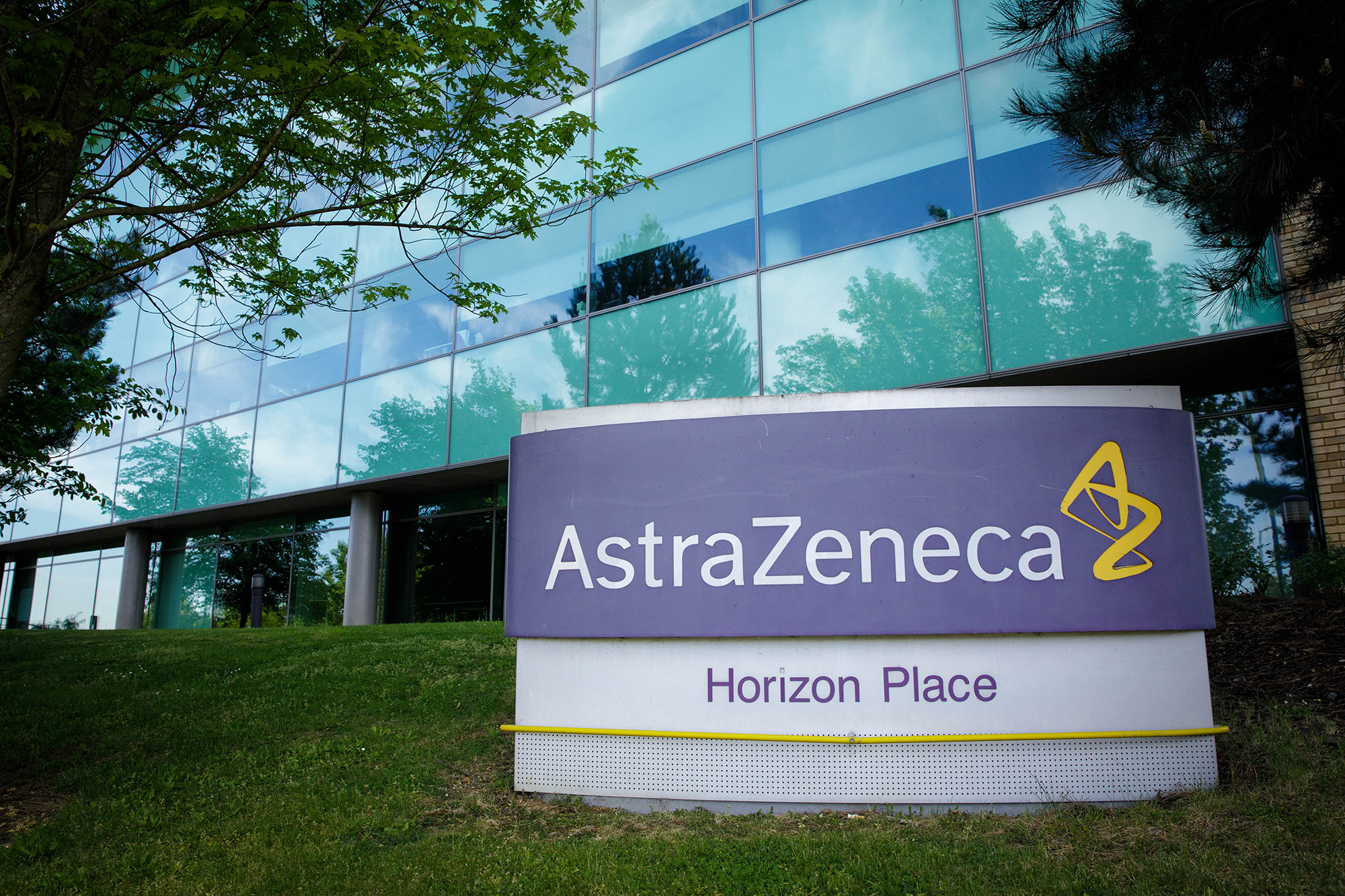 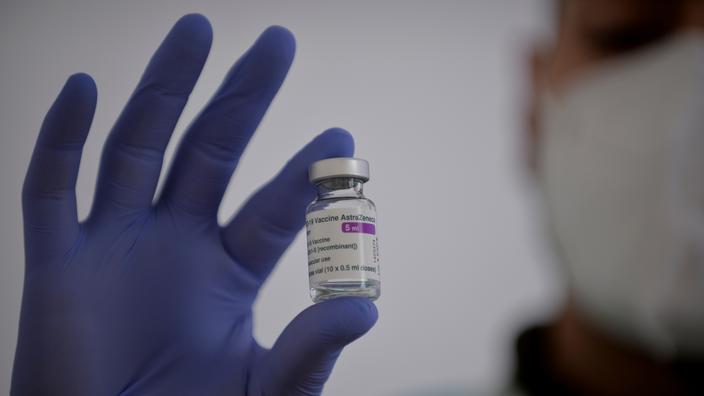 Norway: death of a caregiver vaccinated with the AstraZeneca vaccine 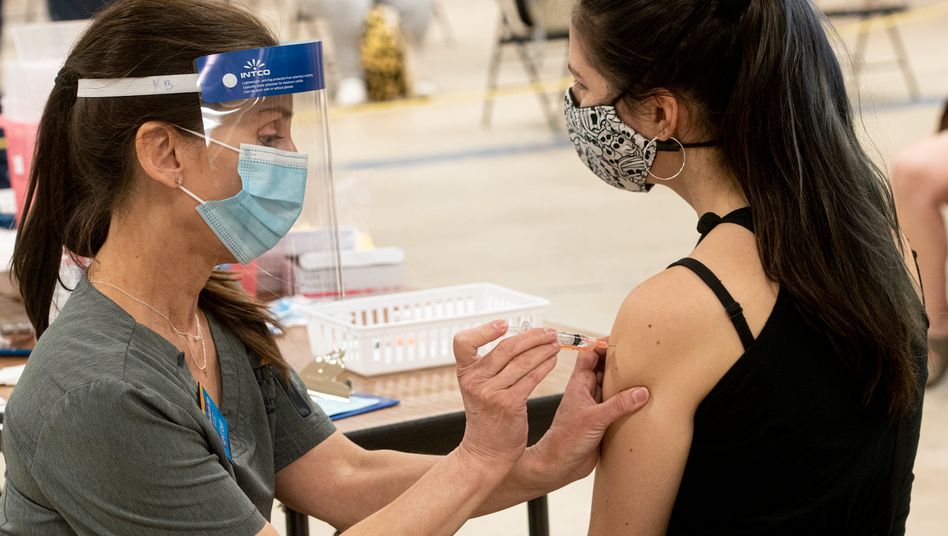