Incidents such as the Anti-Amendment Regulations and the National Security Law have caused waves in Hong Kong one after another. Countries such as Europe and the United States have repeatedly spoken out for Hong Kong. Allegations of "foreign power" interference are endless. Canadian Consul General in Hong Kong Nan Jerry accepts "Hong Kong 0 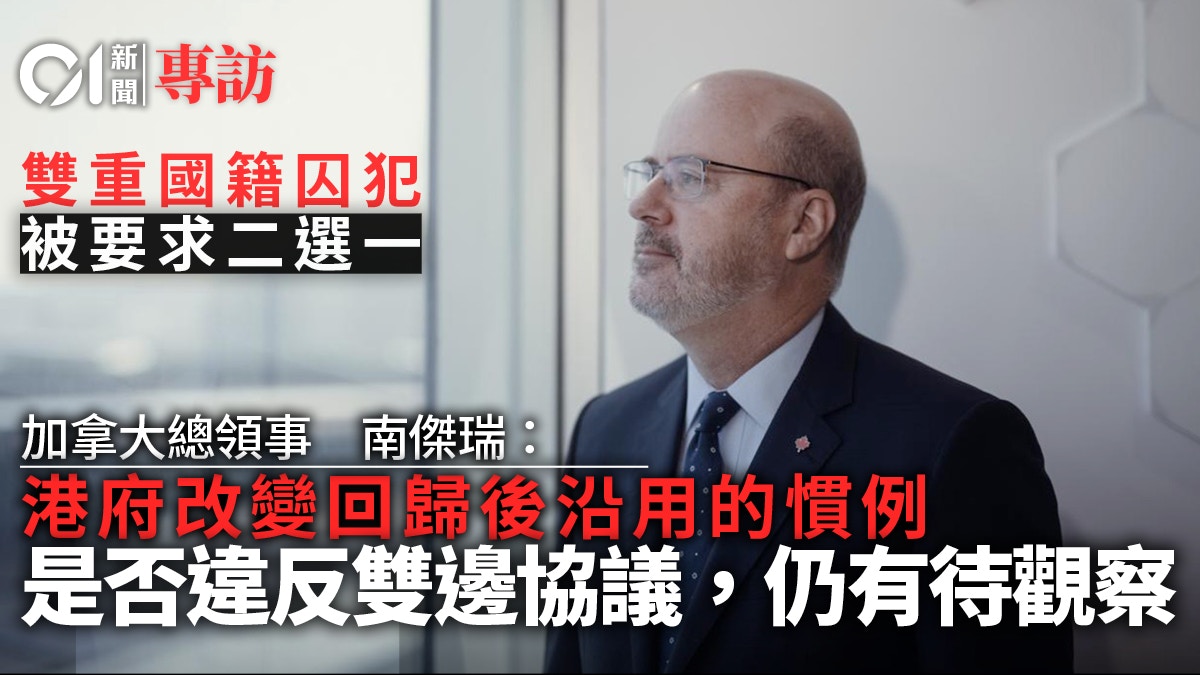 Incidents such as anti-amendment regulations and national security laws have caused waves in Hong Kong one after another. Countries such as Europe and the United States have repeatedly spoken out for Hong Kong. Allegations of "foreign power" interference are endless. Since the implementation of the "Minato National Security Law", many people in the political circle are reluctant to contact foreign representatives. "It feels less open than before, and people have become more cautious in dialogue with foreign governments." He lamented that the current work is more difficult than before, but Fortunately, no restrictions have been experienced so far, and no measures have been taken against the Canadian consulate.

Canada said at the end of January that dual-national prisoners with Canadian citizenship were suddenly asked to choose their nationality. This was the first country to confirm the incident.

Nan Jerry pointed out that the Hong Kong government has changed the practice it has been following since the reunification. He also mentioned that the consular agreement between Canada and China allows Hong Kong residents holding Canadian passports to seek consular insurance assistance, but it is hard to say whether the Hong Kong government has violated bilateral relations so far. The agreement, "it remains to be seen how the authorities will apply the agreement between the two countries if another dual nationality person is arrested."

(Interview Series 4 by the Consul General in Hong Kong)

Nan Jerry said that the consulate received a notice from a Canadian citizen on January 18 and was asked to choose whether it was Canadian or Hong Kong, and had to make a statement on this. The consulate will communicate with other persons in custody and communicate with other countries in Hong Kong. The consulate discussed and confirmed that the Hong Kong government has adopted a "new approach." It is believed that all dual nationals in custody or detainees need to choose a nationality.

He said that although the "Chinese Nationality Law" has been applied to Hong Kong since the return of Hong Kong in 1997, the authorities have always allowed persons in custody or detainees to "inform the authorities that they are Canadians", regardless of whether they hold Chinese nationality or not. Notify the consulate, and the consulate can provide consular assistance to the relevant person, including meeting with the person, regularly energizing, and inquiring about the situation of the person in custody.

And this "convention", which has been in use for 24 years, suddenly changed completely without warning at the beginning of this year.

Related news: Canadian Consul General in Hong Kong: Discussions on indirect immigration for work visas are enthusiastic, but there is no wave of applications | Interview

Does the government's unilateral change of practice violate the bilateral agreement?

Nan Jerry said frankly that it is difficult to make a conclusion now, because the people who seek help from the consulate have served many years in prison and it is difficult to trace which passport they used to enter the country. However, after the Hong Kong government "changed the practice", "we are in a new situation." It remains to be seen how the authorities will apply the agreement between the two countries if another dual nationality is arrested.” (it remains to be seen what will happen the next time we have somebody arrested who is a dual national, how the bilateral agreement will be applied ).

He reminded again and again that any Canadian citizen should enter Hong Kong and Chinese territory with a Canadian passport. If unfortunately, he should show his identity as a Canadian to the authorities. He emphasized that this is a call from the Canadian government for many years, even printed on the back of the passport. page.

Nan Jerry described what the consulate saw was no different from ordinary Hong Kong people. "It feels not as open as before. People have become more cautious in their dialogue with foreign governments." (Photo by Ou Jiale)

Asking prisoners to choose their nationality is regarded as the Hong Kong government's further tightening of relations between Hong Kong people and foreign countries. When asked whether consular work has become more difficult, Nan Jerry admitted that after the implementation of the National Security Law, "people working in non-governmental organizations, Those who are active in political activities appear to be reluctant to contact representatives of the consulate", emphasizing that contact with Hong Kong civil society is the usual practice of the general consulate. This has not happened before. "We find that our work is more difficult than before." There are no special restrictions on operation, and no measures against consulates.

He also described what the consulate saw was no different from ordinary Hong Kong people. "It feels less open than before. People have become more cautious in their dialogue with foreign governments."

Former Canadian diplomat Michael Kang (right) and businessman Michael (left) were arrested in China in 2018, and the case is about to be tried.

Relations between Canada and China are becoming increasingly tense. Former Canadian diplomat Michael Kovrig and businessman Michael were arrested in China in 2018. The case is about to be tried for the first time. Canada has repeatedly criticized China for “arbitrary detentions” as political retaliation. Reimplement?

Nan Jerry said bluntly that after the implementation of the National Security Law, the authorities have immediately revised the travel warnings to Hong Kong, including the risk of being "arbitrarily detained" and that persons prosecuted under the National Security Law may be brought to mainland China for trial. "These national security laws are independent. "Some new developments", Canada has also suspended its extradition regulations with Hong Kong and amended its export agreement to bring Hong Kong into line with the Mainland.

Nan Jerry said bluntly that the risks in Hong Kong have changed, especially after the implementation of the National Security Law, "the main judicial power in certain cases may be exercised. This possibility is a new possibility." 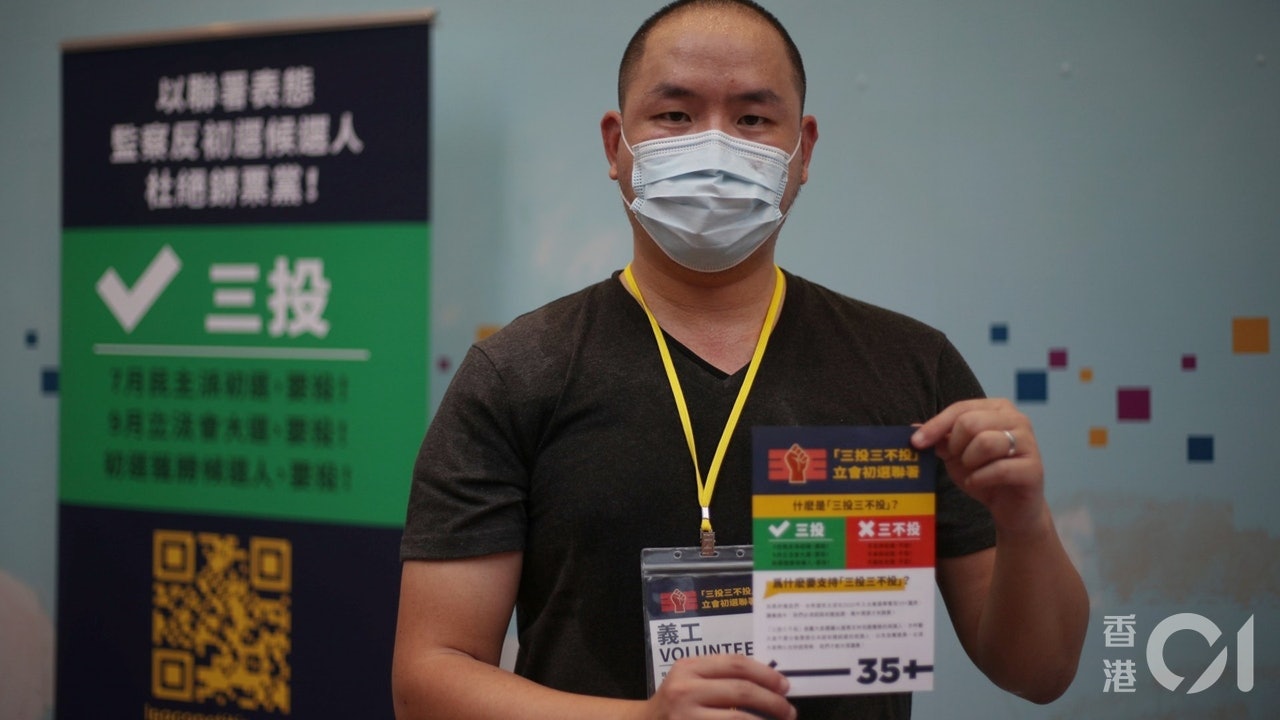 See it clearly in one article｜Consular agreement of four countries for quasi-dual citizenship Hong Kong people seeking consular service, but there are major conditions

Prisoners of dual citizenship need to choose two and one plus Consul General Nan Ruijie: Whether there is any violation of the bilateral agreement remains to be seen 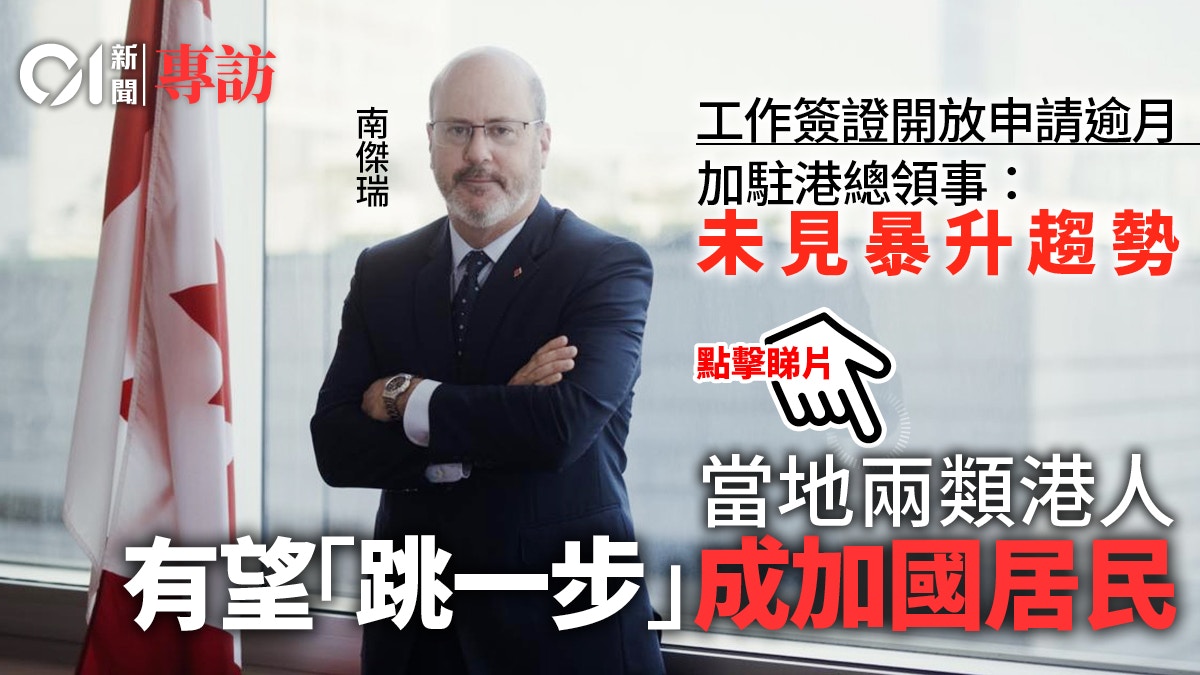 Consul General of Canada in Hong Kong: Discussions on indirect immigration for work visas are heated but there is no wave of applications | Interview 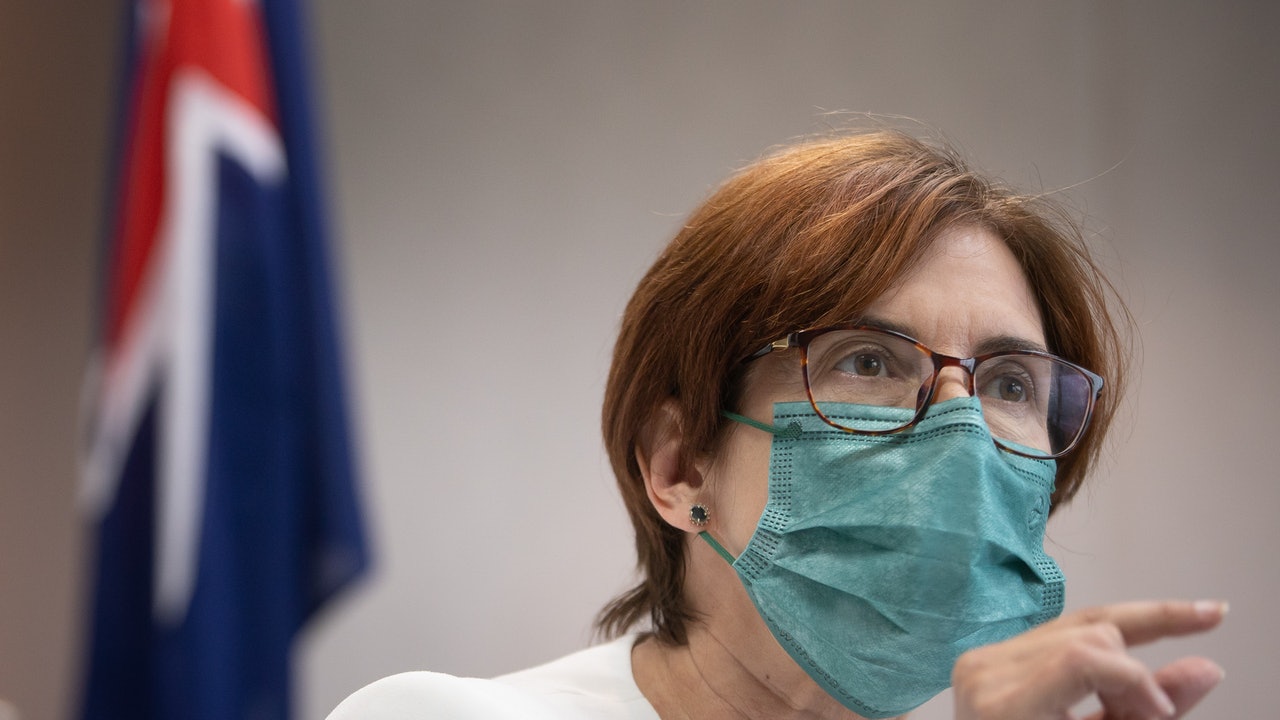 Australian Consul General Hua Yide’s postponement of refusing to take office is pressured: The world has been turned upside down｜Interview

BNO｜Ye Liu pointed out that it is difficult to find a job for people from Britain and Hong Kong: I may not be invited when I go｜Politics and Economics Plus One 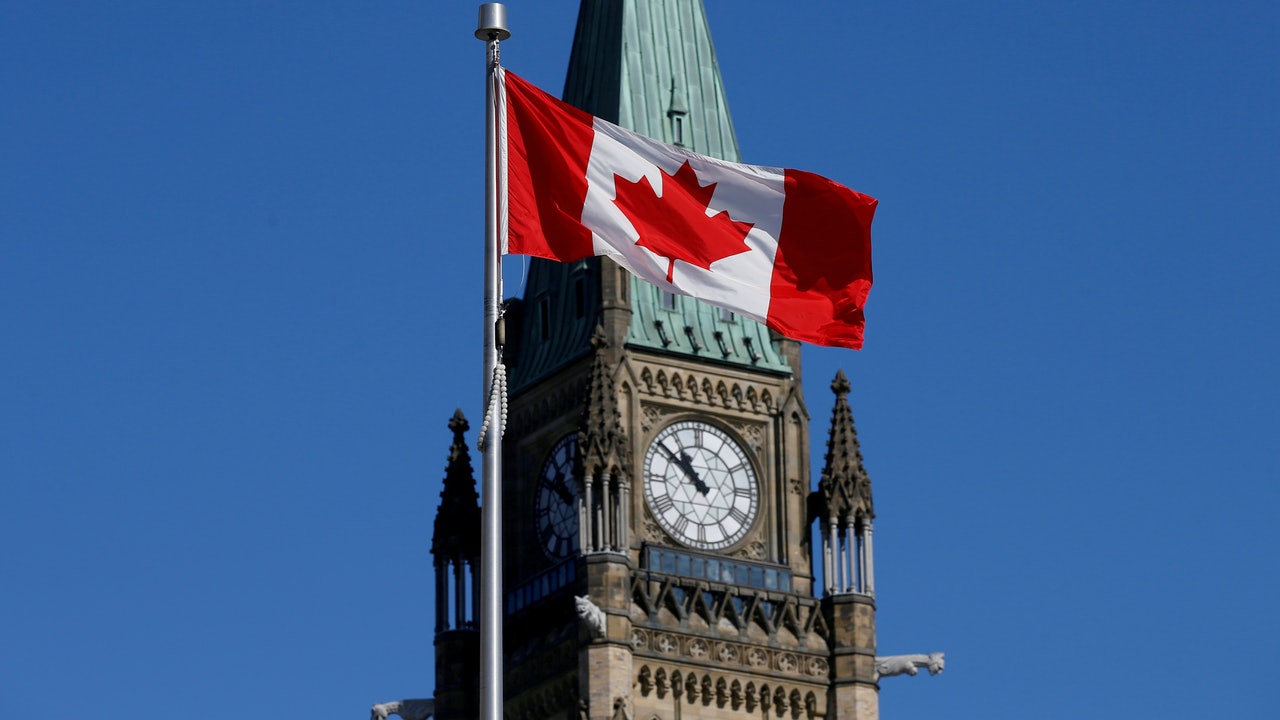