Seasonal property owners are falling back on traditional rentals, increasing the number of offers by 90%. Yet the delay

In 2020, the closure of the Palace of Versailles will have had unexpected consequences for the city of the Sun King.

In recent years, vacation rentals have exploded in Versailles: on Airbnb and HomeAway, there are more than three hundred on each site.

A gold mine for owners, and strong competition for traditional rental agencies.

But the health crisis is redistributing the cards, causing a drastic drop in tourism, and the closure of international exchanges with universities close to the city, such as HEC Paris, or the University of Paris-Saclay.

Seasonal rentals are reinventing themselves and owners are returning to the traditional circuit, causing a boom in furnished apartments in Versailles.

This does not prevent saturation in certain popular districts, such as Notre-Dame or Saint-Louis in the center.

It's unusual, the market is saturated because of the long-term rental of Airbnbs!

Versailles has launched an observatory of furnished tourist accommodation

Such a delay nevertheless remains an exception: “Despite everything, Versailles is still a very popular rental market,” explains Catherine, from the Guy Hoquet agency located rue Carnot.

Despite the cessation of visits during the first and second confinement, the average time to find a client interested in a furnished rental is 25 days, or 18.9% faster than a year ago.

For the owner of an Airbnb or Abritel accommodation, "the main advantage of renting in an agency is that his property is occupied despite the drop in tourism, even if he makes less money from it", analyzes Celia, of the 'ORPI Centrale Versaillaise agency.

According to her, a two-room apartment rented € 500 per week on a seasonal site will, in general, be rented € 800 in a traditional agency.

The loss of seasonal rental customers - tourists, foreign students or expatriate families - due to the health crisis is offset by the interest of young executives and young couples in Versailles.

We are close to the capital, the people working there can have a pied-à-terre here, ”recalls Catherine.

Real estate in Ile-de-France: towards a drop in furnished rents?

For these reasons, Pierre and Tessa, both 25 years old, signed in June 2020 for a furnished apartment of 63 square meters in Versailles, bordering Chesnay.

“Versailles seemed practical to us: close to our workplaces by car, and we are three minutes from the city center,” explains Pierre.

After a month of research via individuals, to avoid paying agency fees, the young couple decided on this three-room apartment.

“We were spoiled for choice, made two visits in less than a month before finding this apartment.

“Their initial budget being € 800, they had to increase it by around one hundred euros.

Prices have stagnated for a year

Because the prices of furnished apartments have stagnated in the royal city (+ 0.6% only) over one year, despite the increase in supply.

“If homeowners can afford not to lower prices, demand is still high.

Versailles is in a "tight zone": the new rent must not, with some exceptions, exceed the last applied to the previous tenant.

If the owner lowers his rate, he cannot increase it again.

"Rental must remain a return on investment for owners," concludes Vadim, from the Saint-Louis agency. 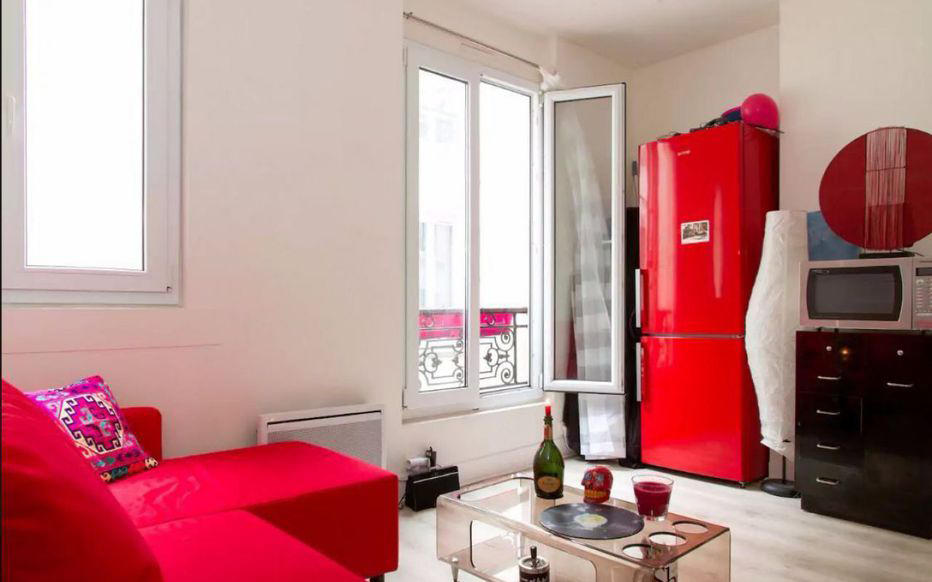 VIDEO. Real estate: the price of furnished rentals down in the center of Paris