Angry protests against the coronavirus lockdown measures widen across the world ... Clashes and confrontations with police forces in European cities The circle of protests and angry demonstrations has been expanding in the countries of the world against the closure measures taken by many governments due to the significant increase in Coronavirus infections in recent weeks, with their fear of a third wave of the epidemic, which prompted them to tighten measures and closures with the use of force against those who condemn them.

Demonstrators in countries around the world oppose these closures due to their devastating economic and life effects on them and question their feasibility, which prompted them to go out to the streets in many cities in the world in protest against those restrictions and denouncing the excessive violence by the police forces, considering on the other hand that the vaccines launched by the governments of many countries Vaccinating its residents is harmful and leads to death.

In Britain, the city of Bristol yesterday witnessed massive demonstrations in which thousands of people participated, denouncing a government bill in Parliament that gives the police new powers to impose restrictions on street protests, especially with those who violate the precautionary measures and restrictions imposed by the government to confront the Corona virus.

During those demonstrations, confrontations took place with British police, who used excessive violence against the protesters, while videos posted on the Internet showed protesters smashing the windows of the main police station in Bristol and firing firecrackers in response to the use of violence against them.

The British police arrested 36 people while they were dispersing a demonstration in which thousands participated in the capital, London, to demand the easing of Corona restrictions, and a number of protesters were injured during the police crackdown on them and their attempt to disperse them, while the city of Manchester witnessed similar demonstrations in which hundreds of people gathered outside the National Museum of Football before they went to the police command, lifting up Signs in which they deemed the closure measures a "major crime against the British people."

These demonstrations came after more than 700 legal researchers called on British Prime Minister Boris Johnson to lift the (strict restrictions) taken by the government to confront the third wave of the Corona pandemic, while more than 60 lawmakers signed a letter addressed to the Home Minister Priti Patel organized by the campaign group. (Liberty and Big Brother Watch) in which they warn against allowing the police to criminalize the protest, stating that the arrests of protesters are "unacceptable and illegal."

In France, the police force dispersed thousands of demonstrators yesterday near the port of Marseille, in the south of the country, who went out during the annual Carnival (La Plan) to protest the precautionary measures and restrictions imposed by the government to confront the Corona virus in the country.

About 6,500 people in various outfits, most of them young people, and without masks in Marseille, defying the health restrictions imposed to combat the Corona epidemic, during the celebration of the carnival, which they considered "an outlet for them", while the police considered him "completely irresponsible because he does not respect the health measures" and threatened to fine violators.

Three days ago, France had re-imposed the closure measures, in part due to the sharp rise in cases of Coronavirus in recent weeks, and about 21 million French people in 16 regions, including the capital, Paris, will be subject to closure restrictions, with increasing fears in the country of a third wave.

In Germany, clashes took place between police and thousands of protesters in the city of Kassel, in the center of the country, after they tried to overcome the imposed security barriers.

The clashes took place when protesters who were in a square in the city center tried to break a security cordon to join other demonstrators, and the police used force with batons and water cannons to quell and disperse them.

In the German capital Berlin, the authorities mobilized about 1,800 police officers to disperse any potential protests, while several other German cities witnessed such demonstrations at the end of last week, as this comes against the backdrop of a slow vaccination campaign, according to experts, to avoid a third wave of Corona cases despite the restrictions imposed for months To stop the spread of the epidemic.

In response to those demonstrations, German Chancellor Angela Merkel plans to meet today with officials of the 16 German provinces to decide on possible new measures.

In Switzerland, about 8,000 people demonstrated in Listel and other cities to demand an end to anti-Coronavirus measures, as the protesters, many of whom did not wear masks, raised banners that read (Enough) and (Vaccine kills) and (Let love not fear guide us).

In the Austrian capital Vienna, about a thousand people demonstrated in the city’s streets, and the police dispersed them by force, while the Bulgarian capital, Sofia, witnessed a demonstration against the restrictions and procedures, which included about 500 people.

In the Netherlands, the Dutch police dispersed hundreds of people yesterday, who gathered in Amsterdam in the Museum Square to protest against the continued restrictions imposed by the government to limit the spread of the Corona virus through water hoses.

In Finland, the police announced that about 400 people demonstrated in the capital, Helsinki, to protest against the restrictions imposed by the government to confront Corona, and smaller demonstrations were organized in other Finnish cities.

Demonstrators in Helsinki chanted slogans such as "Let the people speak" and carried banners with phrases such as "facts and figures do not add", while more than a thousand people in Romania demonstrated against vaccination in the streets of the capital, Bucharest, chanting slogans such as "prevent vaccination" and "freedom".

And 20 countries in the European Union recently announced a high rate of infection with the Coronavirus, while 15 other countries indicated that admission to hospital or intensive care increased, according to what the European Center for Disease Prevention and Control revealed at a time when European Union countries suffer from obstacles in introducing the Corona virus vaccine Among the reasons, including delay in delivery in some countries and the suspension of the use of the Oxford-AstraZeneca vaccine in some countries due to concerns about possible side effects.

In Canada, thousands of protesters from all over the western province of Alberta defied Corona restrictions and gathered at Princess Island Park in the city of Calgary to protest against Corona restrictions, as part of the global anti-lockdown protests.

More than a thousand residents of Montreal, in the Canadian province of Quebec, also participated in protests against the restrictions, and four people were arrested.

In Australia, several cities, including Melbourne, Sydney, Brisbane and Perth, witnessed protests during the past days against the lockdown measures, and protesters raised slogans such as "It is my body" and "It is my choice." But the police met these protests by force and arrested many people in Melbourne.

It is noteworthy that the new Corona virus has so far killed more than two million and 727 thousand people around the world since its appearance in December 2019, while the total number of infections with it reached 123839003, according to the latest statistics of the American World Meters site.

Angry protests against the coronavirus lockdown measures widen across the world ... Clashes and confrontations with police forces in European cities 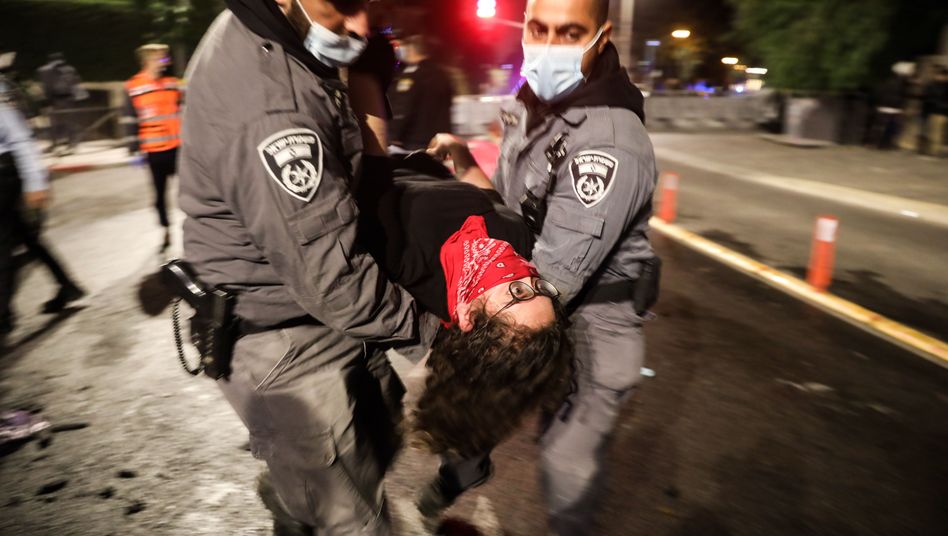 Covid-19: second night of riots in the Netherlands against curfew Netherlands .. Protests continue for the fourth day in a row, and police arrest dozens 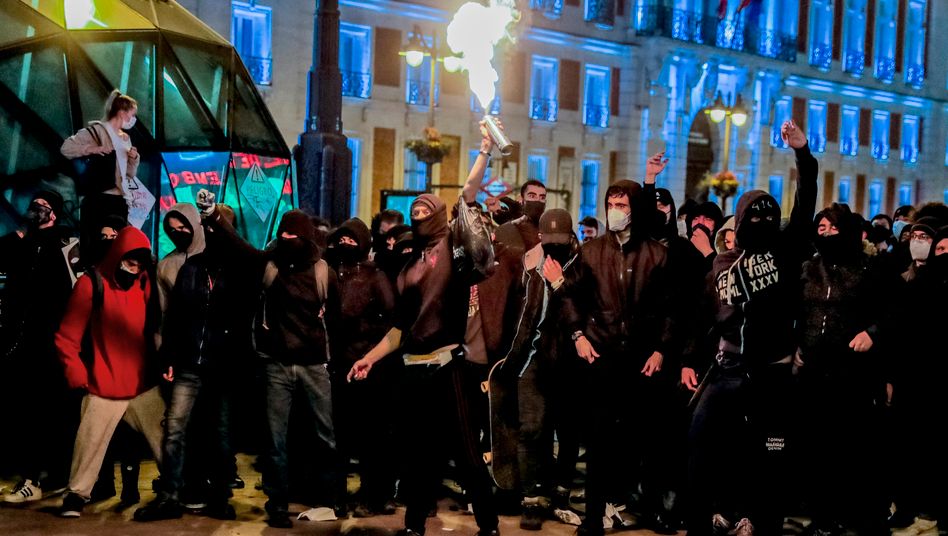 Spain: After the arrest of rapper Hasél, riots broke out Riots worsen in Britain, in criticism of measures to confront Corona