The surprise dismissal of the Turkish central bank chief by Turkish President Recep Tayyip Erdogan has plunged the lira and the stock exchange in Istanbul into violent turmoil. The surprise dismissal of the Turkish central bank chief by Turkish President Recep Tayyip Erdogan has plunged the lira and the stock exchange in Istanbul into violent turmoil.

Frankfurt / Main - The Turkish lira crashed after the surprising change at the top of the central bank.

On Monday, the value of the Turkish currency plunged against the US dollar by a good eight percent to 7.78 lira per dollar.

At its peak, the lira fell by up to 15 percent against the US dollar and was now only just above its latest low of 8.57 lira from November.

Because of the strong price losses, trading had to be interrupted on Monday morning.

Erdogan fires the head of the central bank

The trigger for the sharp price slide was the sudden departure of central bank chief Naci Agbal.

Agbal was fired by Turkish President Recep Tyyip Erdogan on Saturday after the monetary authorities increased the key interest rate from 17 to 19 percent last Thursday in the fight against inflation.

Inflation was most recently at 15.6 percent.

Inflation was still 8.55 percent in September, but has risen significantly since then.

Agbal's dismissal is the third change in leadership at the top of the central bank in the past two years.

The new head of the central bank is Sahap Kavcioglu, a former member of Erdogan's ruling party, the AKP.

The 54-year-old is a professor of banking economics at Istanbul's Marmara University and is considered a staunch Erdogan supporter.

During his short term in office, Agbal tried to get the drastic inflation in Turkey under control by raising interest rates.

Erdogan, on the other hand, had repeatedly spoken out in favor of low interest rates.

Agbal had only been appointed head of the central bank in early November.

The departing central bank chief had stopped the lira from falling

Since taking office last November, Agbal had gradually raised the key rate from 8.75 to 19.00 percent.

He had thus managed to stop the lira from falling.

In addition, the central bank could significantly reduce its purchases to support the lira, which contributed to an increase in foreign exchange reserves.

They had fallen to around 40 billion dollars under Agbal's predecessor, but had recently recovered to a good 52 billion US dollars.

Investors' confidence in the independence of the Turkish central bank is now likely to have been severely shaken. 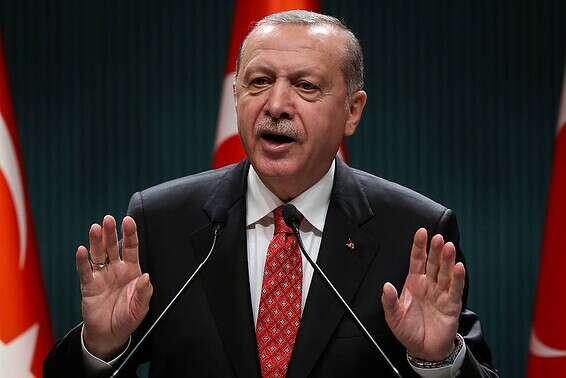