| the Middle East According to a report, the unusual accident in Suhaj province occurred after unknown individuals applied the brakes of one of the trains and the other collided with it from behind • Documentation from the scene Egypt: Dozens killed in train crash Photo:  Documentation from the Twitter network An unusual train accident occurred today (Friday) in Egypt in Suhaj province. The Egyptian Ministry o 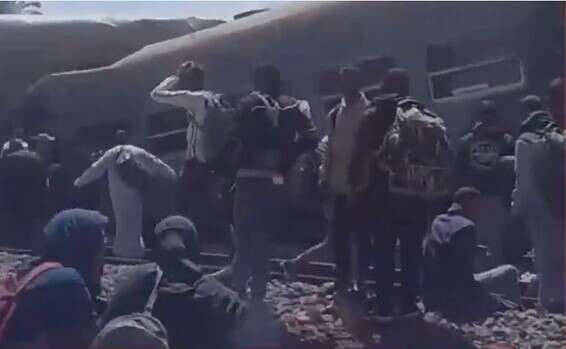 According to a report, the unusual accident in Suhaj province occurred after unknown individuals applied the brakes of one of the trains and the other collided with it from behind • Documentation from the scene

The Egyptian Ministry of Health announced that at least 32 people were killed in the accident and 66 were injured.

However, the number of wounded and dead continues.

The Arabic-language Sky News network reported that the accident occurred between two trains in front of the village of al-Swamiya in Upper Egypt in the southern part of the country.

Security forces arrived at the scene to rescue passengers and evacuate the wounded.

According to reports in Egypt, the accident occurred because of unknown individuals who activated the emergency brakes of the first train.

Following this the next train collided with it.

It was further reported that at 11:42 the train departing from Aswan in the direction of Cairo collided with another train, leading to the overturning of two rear carriages and the locomotive.

In addition, an eyewitness told the network that one of the trains was standing when the other train collided with it from behind.

As a result, several carriages overturned on the first train.

Egyptian President Abdel Fattah al-Sisi tweeted on his official Twitter account that he was following the tragic accident today between the two trains in Suhaj province: "The pain in our hearts will only increase our determination to put an end to these disasters," al-Sisi said. "The Prime Minister and all the relevant parties come to the scene of the accident, follow and update me on all developments."

In addition, al-Sisi promised to impose a deterrent punishment on anyone who caused the accident and sent condolences to the families of the victims.

He also promised adequate compensation to the families of the victims of the disaster.

Following the fatal accident, the Attorney General ordered an urgent investigation of the collision incident, and a team from the prosecution team began the process of clarifying the circumstances. 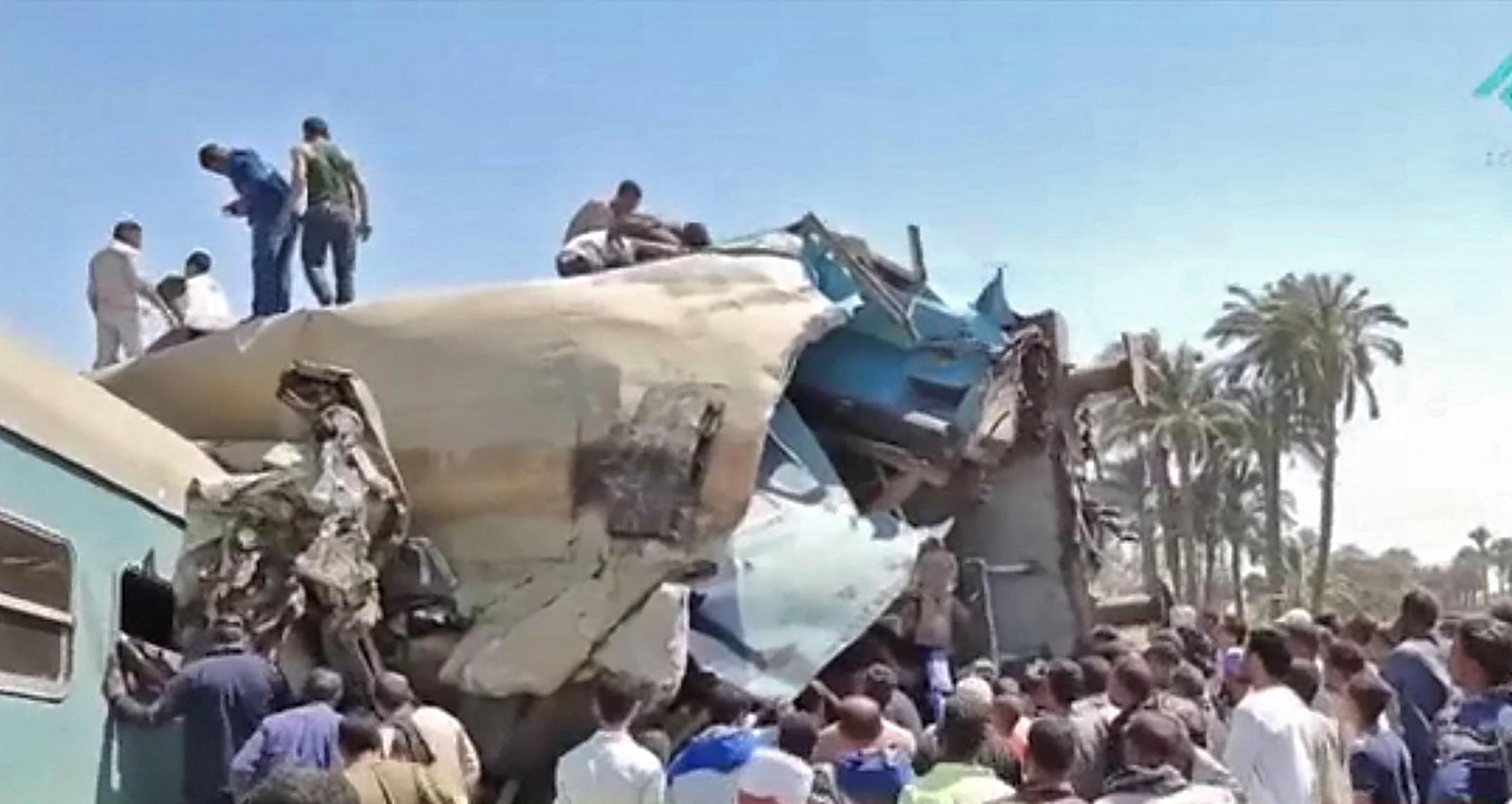 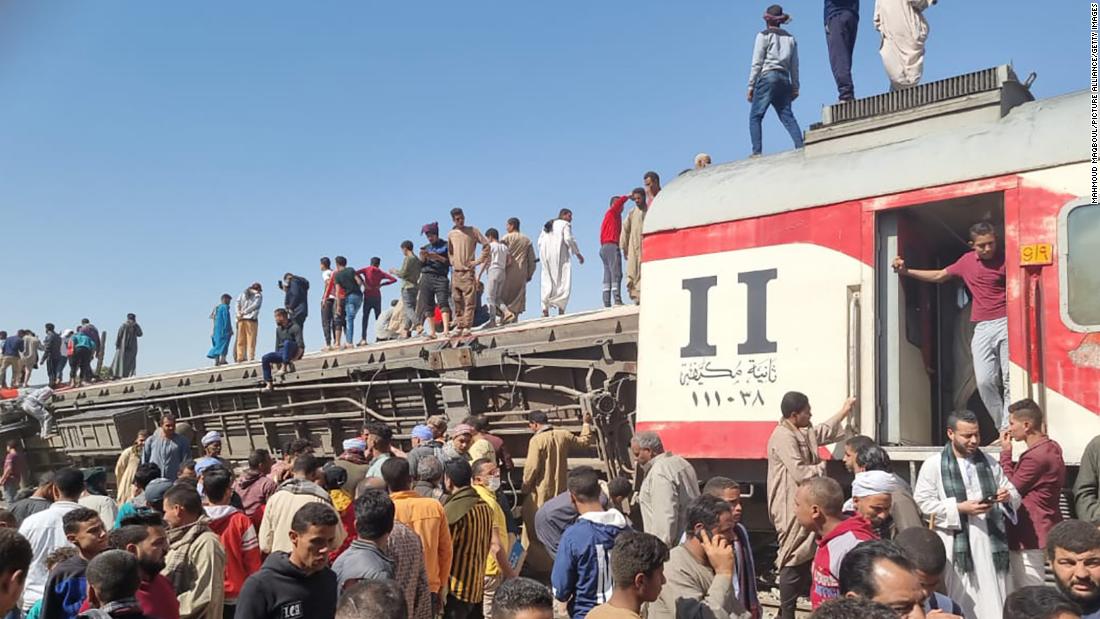 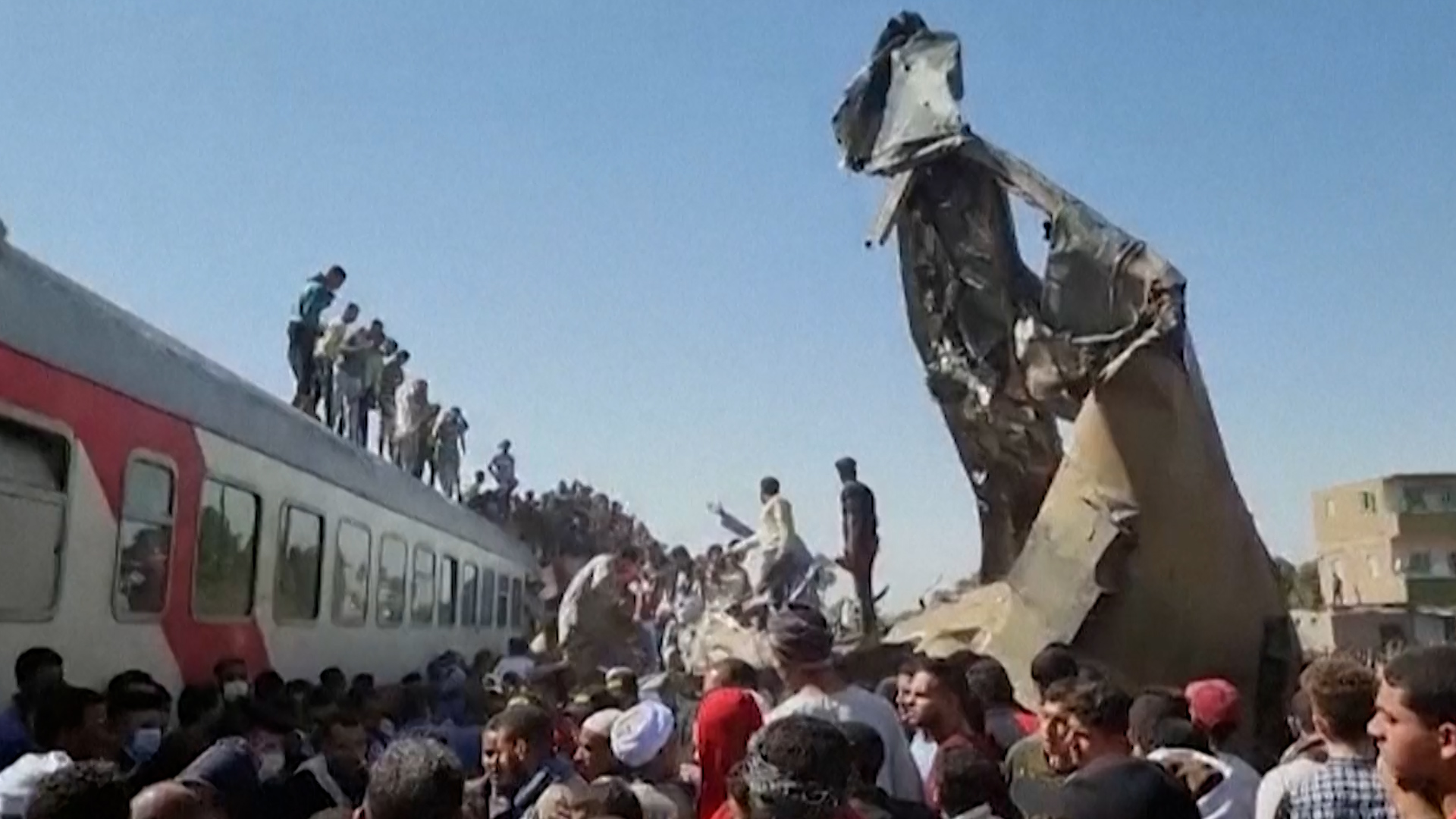 VIDEO. Egypt: collision between two trains, at least 32 dead and around sixty injured Egypt: 32 people were killed and 66 injured in a train collision accident in Sohag 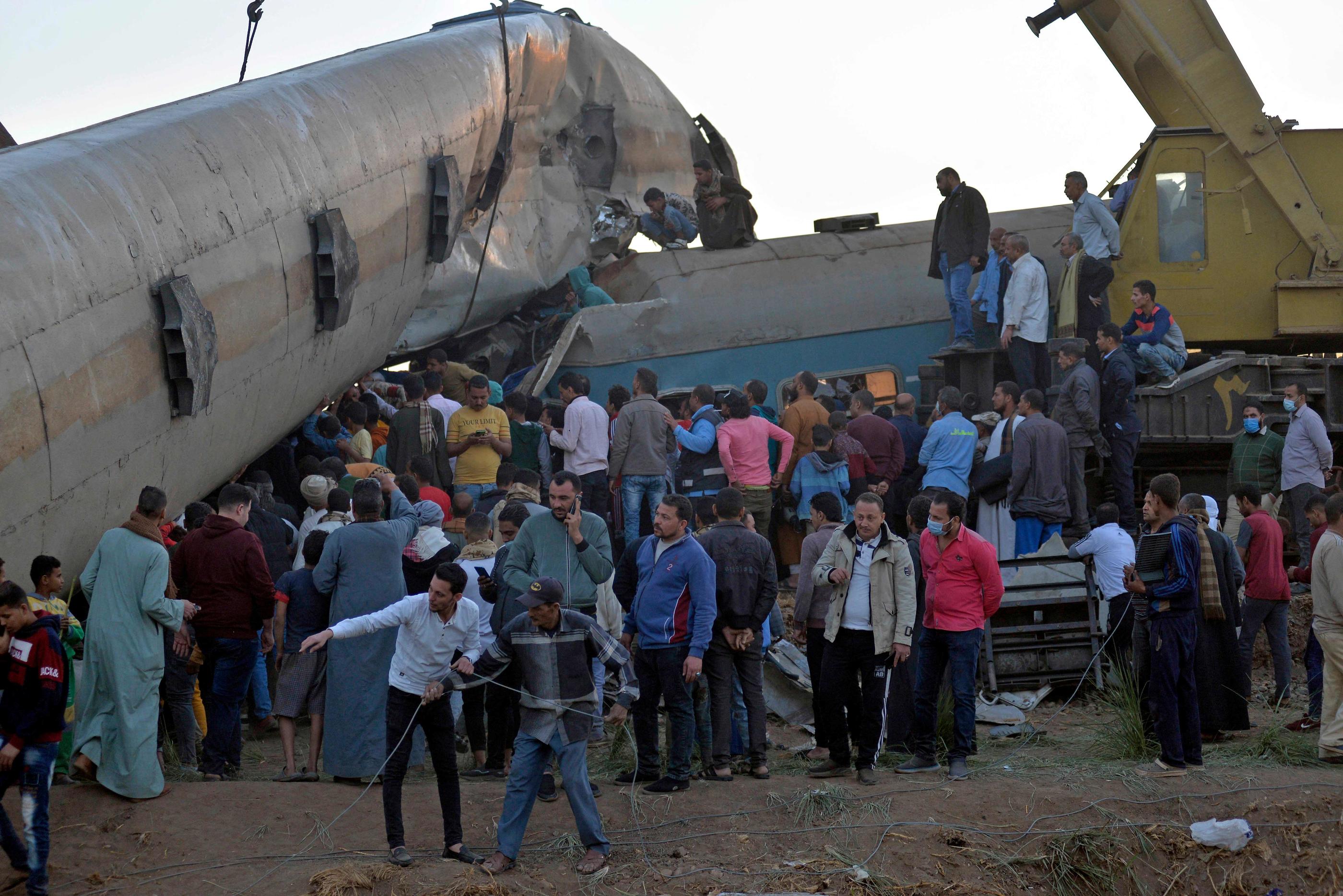 Egypt .. 19 people died and 185 were injured as a result of the two trains collision in Sohag