Premiere at the White House: Joe Biden hosted the first formal press conference. The US President criticized Donald Trump's policies and also announced his candidacy in 2024. The US President criticized Donald Trump's policies and also announced his candidacy in 2024.

.: Biden is asked again about migration.

He admitted that it would take his government time to improve processes within the immigration system.

This ends the press conference after about an hour.

.: Biden again speaks out in favor of reforming a procedure that enables a minority in the US Senate to block many bills proposed by the majority.

He supports efforts to complicate the so-called filibuster procedure, explains the democrat.

The rule, which in principle has been in place for more than 100 years, states that 60 of the 100 senators must agree to an end to the debate in the case of bills in order for a vote to take place.

.: Just in office, Biden is already being asked about a possible 2024 presidential candidacy.

A reporter notes that Biden's predecessor, Donald Trump, had announced his re-election campaign at the time of his presidency.

"My predecessor had to," jokes Biden and adds sarcastically: "Oh, God, I miss him." After a short evasion, the already oldest president of the USA makes it clear: "Yes, my plan is to run again.

That is my expectation. "

When asked if he wanted to run again with his deputy Kamala Harris as a runner-up candidate, Biden said he would expect that too.

Trump had also recently made hints that he wanted to start again in the next election.

: Biden thinks it will be "difficult" to meet the May 1 deadline for the full withdrawal of US troops from Afghanistan, as Donald Trump had promised.

But he is optimistic that all US troops will have left Afghanistan by next year.

“The question is when do we go.

It is not my intention to stay there for a long time. "

.: Biden is also asked about cooperation with the Republicans * in Congress and the Senate.

The president says he is determined to address the problems the US is facing.

It is up to the Republicans to decide whether to “work together” or “split the country”.

directly about the increasing numbers of arriving migrants on the southern border with Mexico.

Biden explains that the migrants would not flee to the USA "because I'm a nice guy".

Before that, they had not fled "because of Trump's friendly border policy".

People would flee because the circumstances were favorable in the months at the beginning of the year.

"Then the desert is not so hot."

In addition, the conditions in the respective countries have worsened due to reduced financial support under the Trump administration.

Biden criticized that the Republican had dismantled important parts of the US asylum system, for example with regard to the number of beds for unaccompanied minor migrants.

The Democrat rejected criticism that his government was overwhelmed by the influx: “The overwhelming majority who come to our borders will be sent back.

Tens of thousands were sent home. "

At the beginning, the US President puts the successes of the vaccination campaign in the foreground.

“No other country” has succeeded so well in advancing vaccinations so much recently.

Biden praised the fact that especially the vulnerable groups could be immunized.

Even if the United States is on the right track, "there is still some work to be done".

Biden could, however, promise the American people: "Help is here and hope is on the way." The Democrat announced that he would double his goal for the current corona vaccination campaign in the USA: 200 million vaccinations are to be administered in the first 100 days of his term of office become.

This is an ambitious but achievable goal: "I think we can do it."

The President's statement ends after just a few minutes.

Now the journalists present have the floor.

Joe Biden / Press Conference: Corona and Migration - what does he say about the "difficult task" in Mexico?

Washington - Joe Biden took a long time, now the 46th President of the USA invites you to the first official press conference in the White House.

It also covers topics that Biden is reluctant to talk about.

First of all, the majority of the US population gives their new president a good report card.

According to a survey by the website FiveThirtyEight, Biden's policy currently has an approval rate of up to 60 percent.

Donald Trump never got above 50 percent in four years in office.

The support in the population is mainly due to Biden's crisis management in the corona pandemic *.

Thanks to the ongoing vaccination campaign *, the 78-year-old managed to transform the USA from a problem child * to a pioneer in terms of infection rates.

The goal of 100 million vaccination doses in the first 100 days of office was achieved after just 58 days.

According to Biden, all adults should be vaccinated by May 1st.

Far from the progress of vaccination, the White House * is also facing problems these days.

With the number of migrants arriving on the southern border with Mexico increasing, the pressure on the Biden government has increased significantly.

The President himself tried to de-escalate, but also spoke of a "difficult task".

Housing the many unaccompanied minor migrants is currently complicated.

The exhausted capacities had recently meant that the transfer of children from border police facilities to those of the Ministry of Health did not always take place within the legally prescribed period of 72 hours.

Press Conference Joe Biden: How is the government coping with the "challenging situation" in Mexico?

Because of the bottlenecks, according to spokesman John Kirby, the Pentagon has now approved an application from the Ministry of Health * that unaccompanied children and adolescents can be temporarily accommodated in an empty dormitory at a military base in San Antonio, Texas.

According to the latest official figures from Wednesday, around 5,000 children and young people were in border protection facilities and more than 11,500 were in the care of the Ministry of Health.

So far, the new government has not spoken of a crisis on the southern border, but rather of a challenge.

It is a "challenging situation" on the southern border, said Vice President Kamala Harris * on Wednesday.

It is now - delegated by Biden - to work together with Mexico and countries of the Northern Triangle - Honduras, Guatemala and El Salvador - so that they accept rejected migrants and improve the control of their borders.

When Biden will now appear in front of the press for the first time, it could also be discussed why he had taken so long with the first press conference.

In the US media, this course has recently been treated more intensively and sometimes also critically.

Since taking office, Biden has answered questions from individual journalists on the fringes of appearances many times, but has not yet held a full press conference.

He has also revived the tradition of a daily media briefing at the White House, with spokeswoman Jen Psaki available to answer questions from reporters.

Often on the fringes of trips in front of his helicopter.

On one of Joe Biden's * business trips there was a mishap: The Democrat crashed on the way into the plane *.

As a result, voices about Biden's fitness were loud in the USA - to what extent these will also appear at the press conference is unclear.

We will generally keep you up to date on all important statements. 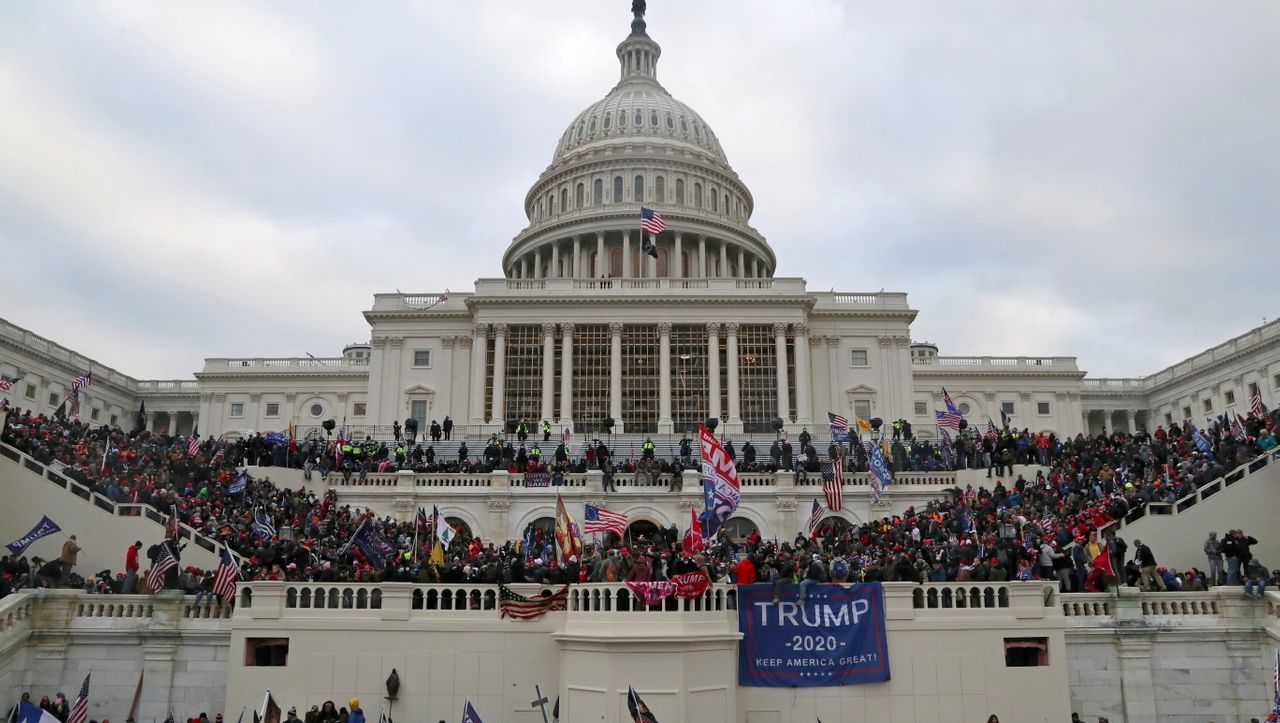 Impeachment: "A fiasco for Donald Trump, a satisfaction for politicians in Washington" Trump Jr. cracks down on Biden and spreads fake news about Disney statement about father surprised