This morning (31st) a middle-floor unit in Xiao Kwai House, Kwai Chung Village, caught fire. The whole house was caught in flames and a lot of smoke was emitted. Nearly 200 residents escaped in a hurry. Due to the critical situation, many people did not bring their pets to escape and needed firefighters. 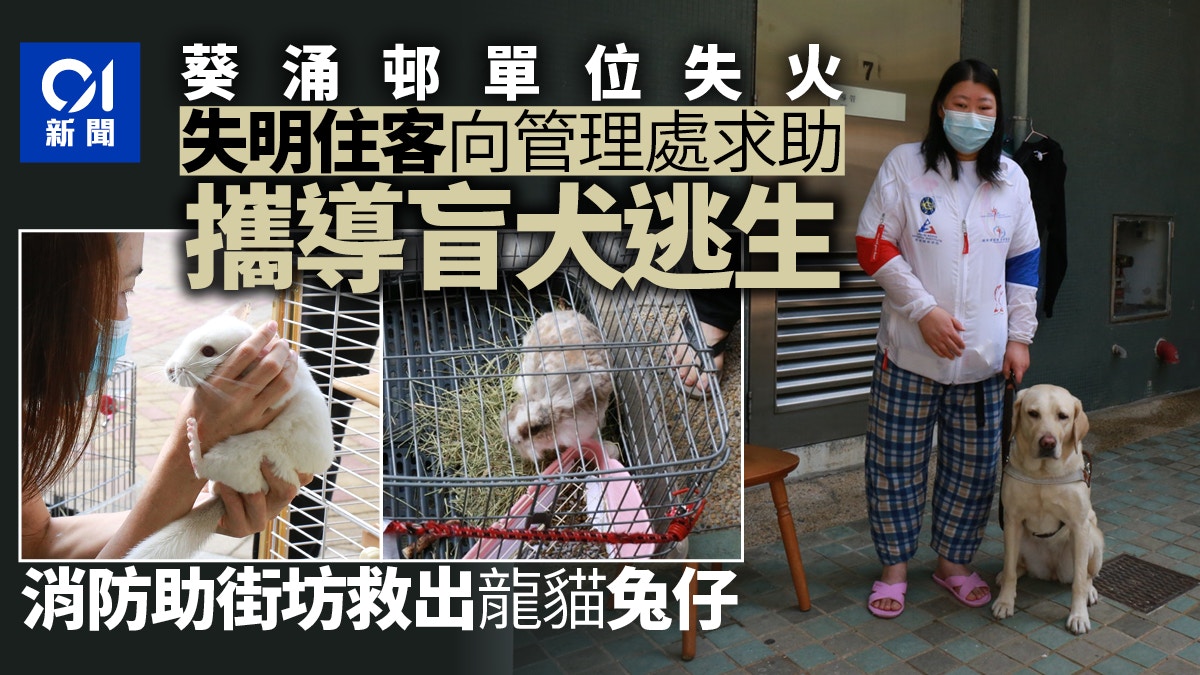 This morning (31st) a middle-floor unit in Xiao Kwai House, Kwai Chung Village, caught fire. The whole house was caught in flames and a lot of smoke was emitted.

Nearly 200 residents escaped in a hurry. Due to the critical situation, many people did not bring their pets to escape. Firefighters were required to help bring the pet cage to the ground so that pets such as chinchillas and rabbits could reunite with their owners.

The police subsequently classified the case as an arson investigation.

Miss Jiang, a blind female resident of Xiaokui Building, said that she was unable to escape by herself during the fire. Fortunately, she was assisted by caring security guards. She and the guide dog "Toast" were able to escape through the stairs under the leadership of the firefighter. She thanked the security guards. The member’s heartfelt actions.

The blind female guest escaped from the fire with the guide dog "Toast". After the incident, the "Toast" lay on the ground to rest.

Miss Jiang, a blind person living in Xiaokui Building, said that when the incident happened, she was sleeping in an air-conditioned unit. Knowing that she could not escape after a fire broke out, she called the management office for help.

Before long, the administrator, Sister Lan, came to help her escape.

Ms. Jiang pointed out that the elevator had been suspended at the time. "We have already smelled a lot of smoke from the first or two floors!" The firefighter took her and the guide dog "Toast" to escape through the stairs. She said that none of the dogs were injured.

She confessed that since the fire route is not a daily road, the "toast" was a little lost and had to follow the firemen to leave. After the incident, the "toast" also lay on the ground to rest.

Sister Lan, the administrator who assisted Ms. Jiang in her escape, pointed out that she received a request for help and came to the door. "At that time, the sound of the babble helped the canal down!" Ms. Jiang pointed out that she lived at the site for nearly 11 years. The security guards knew that she was blind and blind. Necessary for life, "I think he is friendly!" She said that the security guards usually help her open the door and wait.

Jiang continued to point out that she worked closely with "Toast" and relied on it to lead the way and avoid obstacles.

Ms. Chen, a resident of Xiaokui Building, pointed out that when she escaped to the ground, firefighters rescued her Chinchilla from the unit and assisted her in putting the pet cage downstairs. Fortunately, no one was affected by pets. "It was shocking. Tie it down.” Another resident, Ms. Xiao, who lives on the 12th floor, took a 5-and-a-half-year-old rabbit to escape. She pointed out that when the incident happened, she smelled a lot of pungent smoke, so she immediately wrapped the rabbit in a towel and left the unit. , The fire alarm situation is not too confusing.

Mr. Ye, who lives on the 39th floor, said that he took his cat and fled to the rooftop at that time, and about 30 to 40 people escaped on the rooftop.

The incident occurred at 7 o'clock in the morning today (31st) when a unit on the 14th floor of Xiao Kwai House, Kwai Chung Village, caught fire. The fire was violent and a lot of smoke was emitted.

At the scene, aluminum windows fell to the ground, during which explosions were heard from the unit and broken glass fell directly to the ground.

The police received multiple reports. Firefighters arrived at the scene to put out the fire. Nearly 200 residents were evacuated to underground locations, and dozens of others took shelter on the roof. Some elderly people needed rescuers to assist in falling down the building.

In the incident, 4 people needed to be sent to hospital, including the female head of the fire unit and another woman who was unwell after inhaling heavy smoke, and an elderly woman who had bruises on her hands and feet was sent to hospital.

The case is still under investigation.

A fire broke out in a unit in Xiao Kwai House, Kwai Chung Village 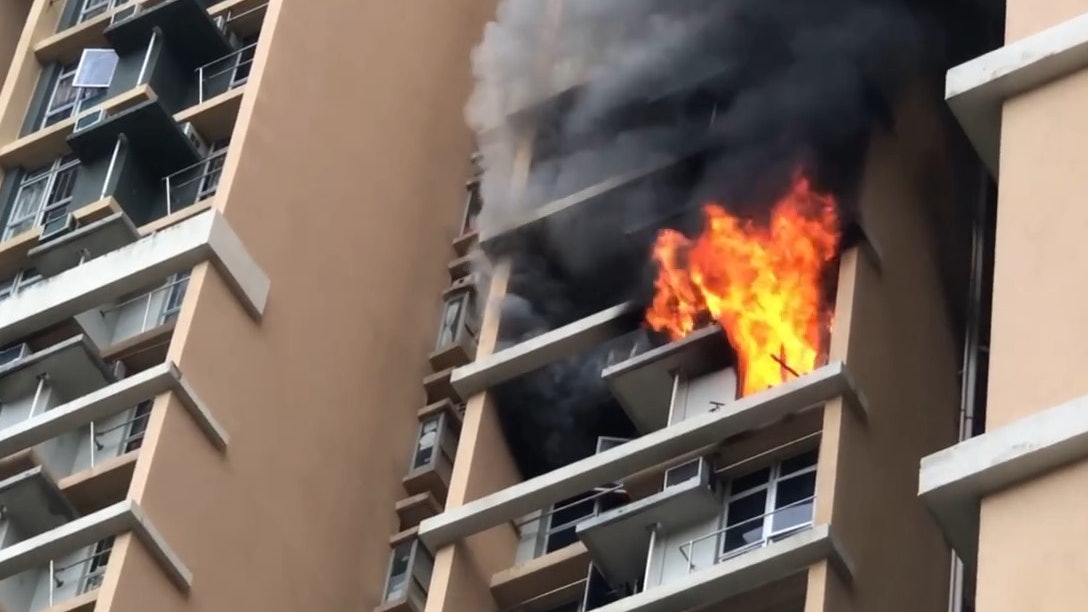 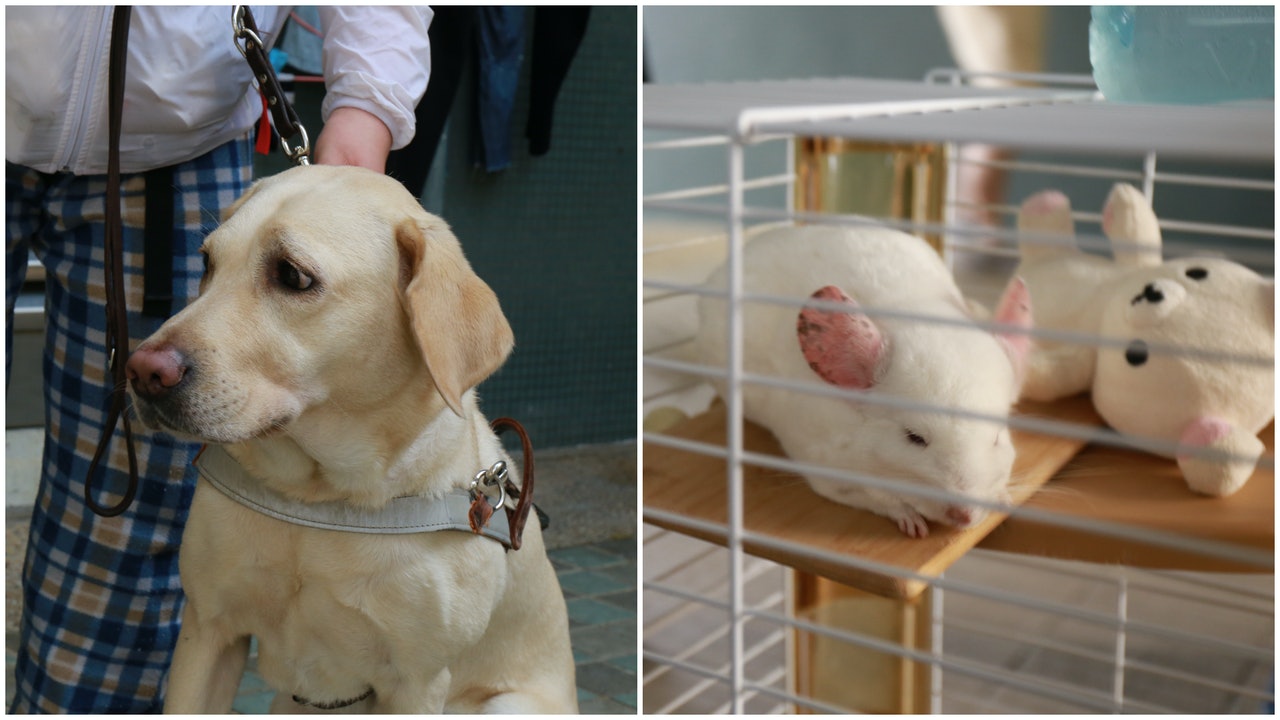 A fire broke out in the unit at Xiao Kwai House, Kwai Chung Village, with heavy smoke and aluminum windows falling to the ground 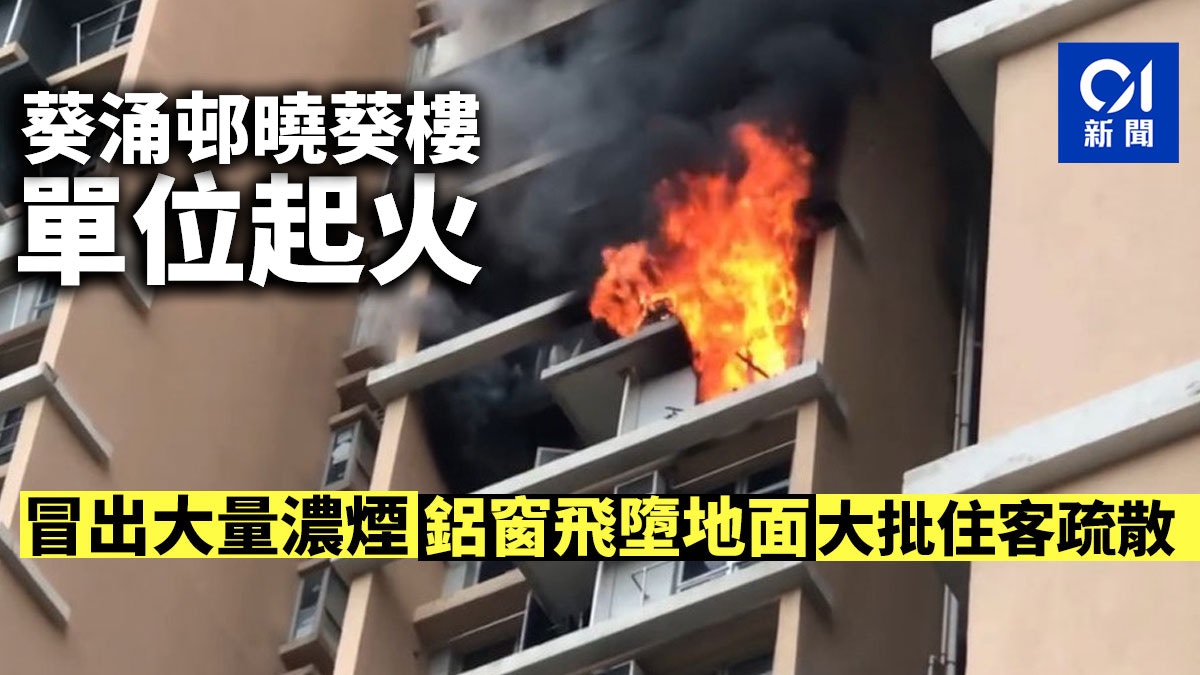 A fire broke out in a unit in Xiao Kwai House, Kwai Chung Village