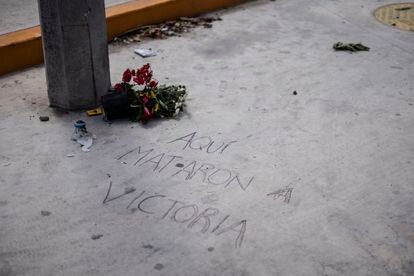 His brother, René Olivares and his mother, Rosibel Arriaza, found out on Facebook.

No Mexican authority called them the day before, last Saturday, when a Municipal Police officer broke his neck in the middle of the street of one of the most coveted tourist destinations in the Mexican Caribbean.

Far from the crystalline waters of Tulum, in the dusty streets and exposed concrete blocks where those who work in this tourist enclave live but do not see the beach, four agents killed Victoria Salazar, a 36-year-old migrant from El Salvador, while trying to stop her. for public disorder.

A crime that began with police malpractice and continued with a series of irregularities.

The image, very similar to that of George Floyd's death, which set fire to the streets of the United States and generated energetic political debates, in Mexico only mobilized feminist groups.

Days after the murder, the corner where Victoria died continued its normal life.

Only some dried flowers that the wind knocked down at dawn, some extinguished candles and a sign with his name hanging from a pole were the only reminders of what had happened there.

A post that, compared to the massive protests in the neighboring country after Floyd's death, may well represent the reality that Mexico faces daily: a country in which 10 women are murdered a day.

Some curious neighbors came to take some photos, but most joined the law of silence that prevails in humble neighborhoods like this one, where only the tragedy is commented from the inside of the house.

No one knew her, no one knew where she lived, who she was or what she did.

In this forgotten corner of the tourist jewel, those who populate its streets hardly know the new tenants - most of them exiled from the misery of places like Chiapas, Oaxaca or Tabasco - only doze in the hot concrete rooms and from early on they go out to work towards the peaceful climate of the sea and the air conditioning of luxury hotels.

A graffiti on the ground marks the place where Salazar died.Teresa de Miguel

Salazar arrived in Mexico about five years ago, calculates his brother when he talks to this newspaper.

He fled El Salvador as many others do, cornered by misery and gang violence, which fuel the spiral of poverty.

He lived for a time in Chiapas and later traveled to one of the most touristic areas of the country in search of employment.

"The only reason my sister emigrated was in search of better opportunities, but of course, the violent situation in the country could have also caused her to leave for unknown reasons," says Olivares from the other end of the phone.

"My nieces, aged 16 and 17, caught up with her in Mexico about two and a half years ago, until then they lived with my mother and me," she adds.

As far as Olivares knows, who knew the details of his sister's life through her mother, Salazar worked in a hotel.

And in one of the last conversations he had on the phone with his family, he told them that he had plans to settle permanently in Mexico: “I had spoken with my mother recently to ask us for help with a piece of land that she wanted to buy where to build her house”, Olivares account.

The Mexican authorities have reported that he had a humanitarian visa, a migration tool between the residence permit and the refuge that Mexico grants for one year and that allows him to regularize thousands of migrants who decide to settle in the country instead of continuing, such as most to the United States.

Salazar had this visa for which it is required to argue that your life in the country of origin is threatened.

Nothing guaranteed, however, that he would not meet death in the country that signed to protect it.

The afternoon of the crime, Salazar was upset, running from one place to another, according to the images of the security cameras of an OXXO store that were also disseminated on social networks.

“The police arrived because she was very nervous, they say she threw herself at the cars.

I just know that no matter how he was, he didn't deserve to die like that.

When I saw that he was not moving, I grabbed my grandson and we ran home ”, says Amelia Magaña, from Tabasco, who has been living in this tourist area for just a few weeks after the ETA hurricane that devastated her town and left her family. homeless overnight last November.

Amelia Magaña holds her granddaughter in her arms outside the room they rent in Tulum.Teresa de Miguel

Some residents of Tulum say that Salazar did not really live in this area of ​​gray brick houses away from the beach where he died, but in a more humble area.

On one side of the urban explosion of towns in the Riviera Maya like this one, illegal settlements have been growing on private lands, some spontaneously and others that force the regularization of land use and the exploitation, later, of land use. these lands for the construction of hotel megaprojects.

These semi-built villages of wood and sheet in the middle of the jungle, where the police do not enter and serve as the nerve center of crime, are known as

In one of the two best-known invasions of the city is where the neighbors tell that Salazar lived.

A day after the crime, Olivares received a Facebook message from an acquaintance of his sister who had seen the video on social media.

Although at that moment I doubted, I told my mother that it could be a scam, a bad joke ”, he admits.

Soon after, the nightmare began.

It was impossible for the family to avoid the images that came by all means of their sister dying on a street in a luxurious destination in Mexico.

“When I watch the video I feel immense pain, a lot of helplessness because I wasn't there to help her.

But although I feel bad that it is circulating, it is necessary that people see it and that it be known.

Don't let something like this happen again ”, adds his brother.

A death, a disappearance and a diplomatic conflict

Salazar's death escalated to generate little more than a diplomatic conflict with El Salvador on the night of March 29, when the images ran through all the networks and newscasts.

The Salvadoran President, Nayib Bukele, on Twitter challenged the Mexican Government to, in addition to the arrest of the four policemen involved in his death, to find other possible perpetrators of abuses committed against his compatriot on Mexican soil.

“There are more aggressors in this case, also more victims.

Not all the culprits have been arrested yet, ”said the Salvadoran president.

And Mexican justice institutions accelerated measures with uncommon speed and effectiveness in a country where less than 10% of crimes are solved.

Since then, the Mexican Foreign Ministry has launched an operation against the clock to resolve the procedures for the repatriation of the remains.

In a joint effort with the Salvadoran authorities, they approached the Olivares family and it is expected that this week they will go to the State Prosecutor's Office, based in Cancun, to recognize Salazar's body in person.

So far they have only been able to identify him through photographs of his body in the morgue.

Moment of the arrest that ended with the death of Salazar, captured by videos on social networks.RR.SS / RR.SS

While the Prosecutor's Office detained and accused the policemen involved of femicide, the local government of Tulum fired the chief of the Municipal Police.

And this Wednesday, hours after another statement from President Bukele on Twitter where he revealed that Salazar and one of his daughters had been victims of sexual abuse by their ex-partner, the state police announced the arrest of the alleged aggressor.

Salazar's crime, which began with the images of a violent police maneuver and has escalated to a political pulse between the two countries, becomes more entangled every day.

In addition to the arrest of the alleged sexual abuser - whom the Quintana Roo Prosecutor's Office has not provided more information or related to his death - this Wednesday the state authorities released another chapter of the case: one of Salazar's daughters, 16-year-old Francela Yaritza was missing, according to a search alert issued by the state government.

A few hours after the alert, the Prosecutor's Office announced that it had been located.

After the murder of their mother, the two adolescent daughters were placed in the custody of the Mexican government.

And one day before Francela Yaritza's search warrant was issued, Olivares was hopeful to see his two nieces in Mexico soon: “We have spoken with them on Facebook and we hope to decide together if they want to stay in Mexico or return with us. ”.

Graffiti denouncing the death of Salazar on the poster that welcomes Tulum.Teresa de Miguel 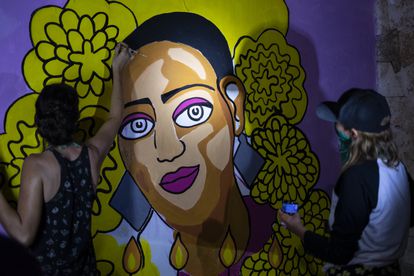 The daughter of Victoria Salazar, the woman killed by the Tulum police, has disappeared 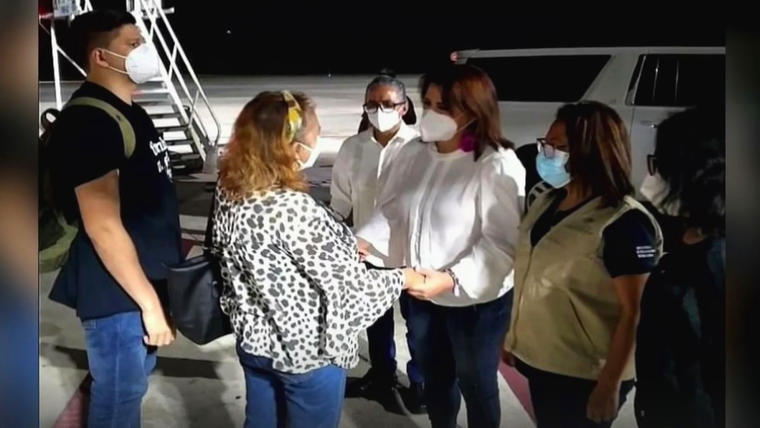 Farewell to Victoria Salazar: the remains of the migrant murdered in Mexico arrive in El Salvador 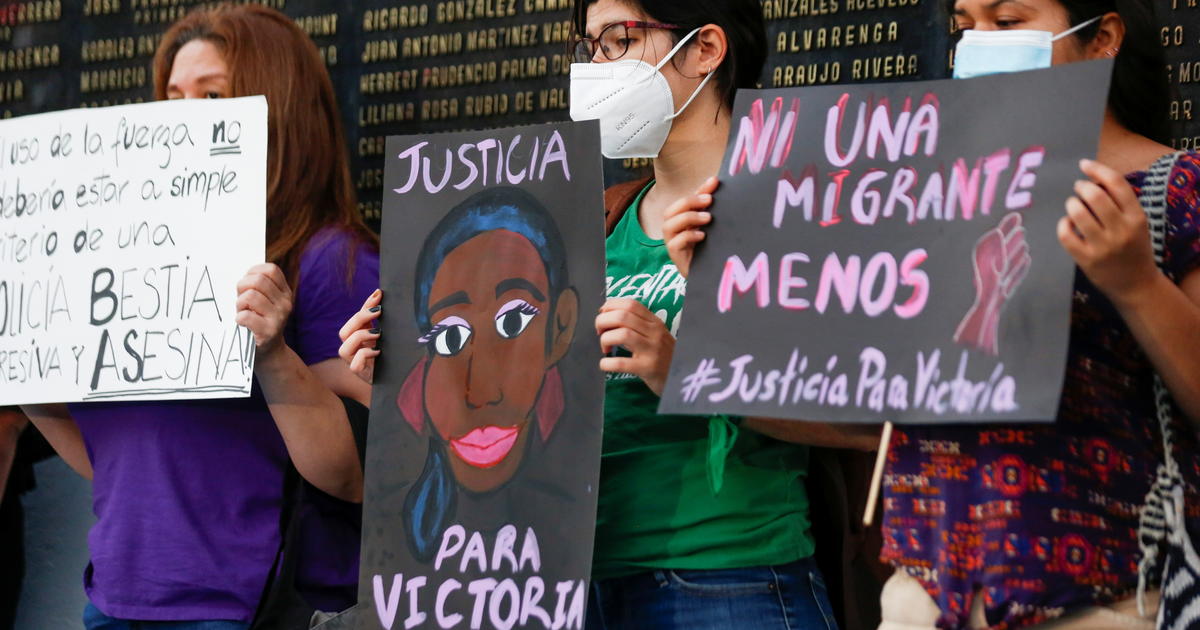 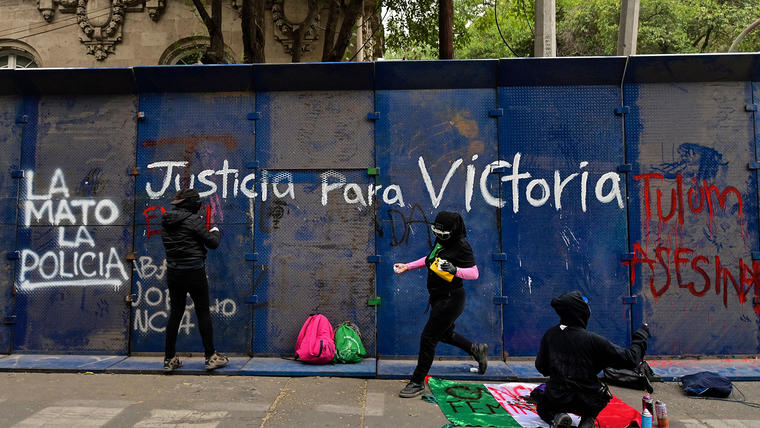 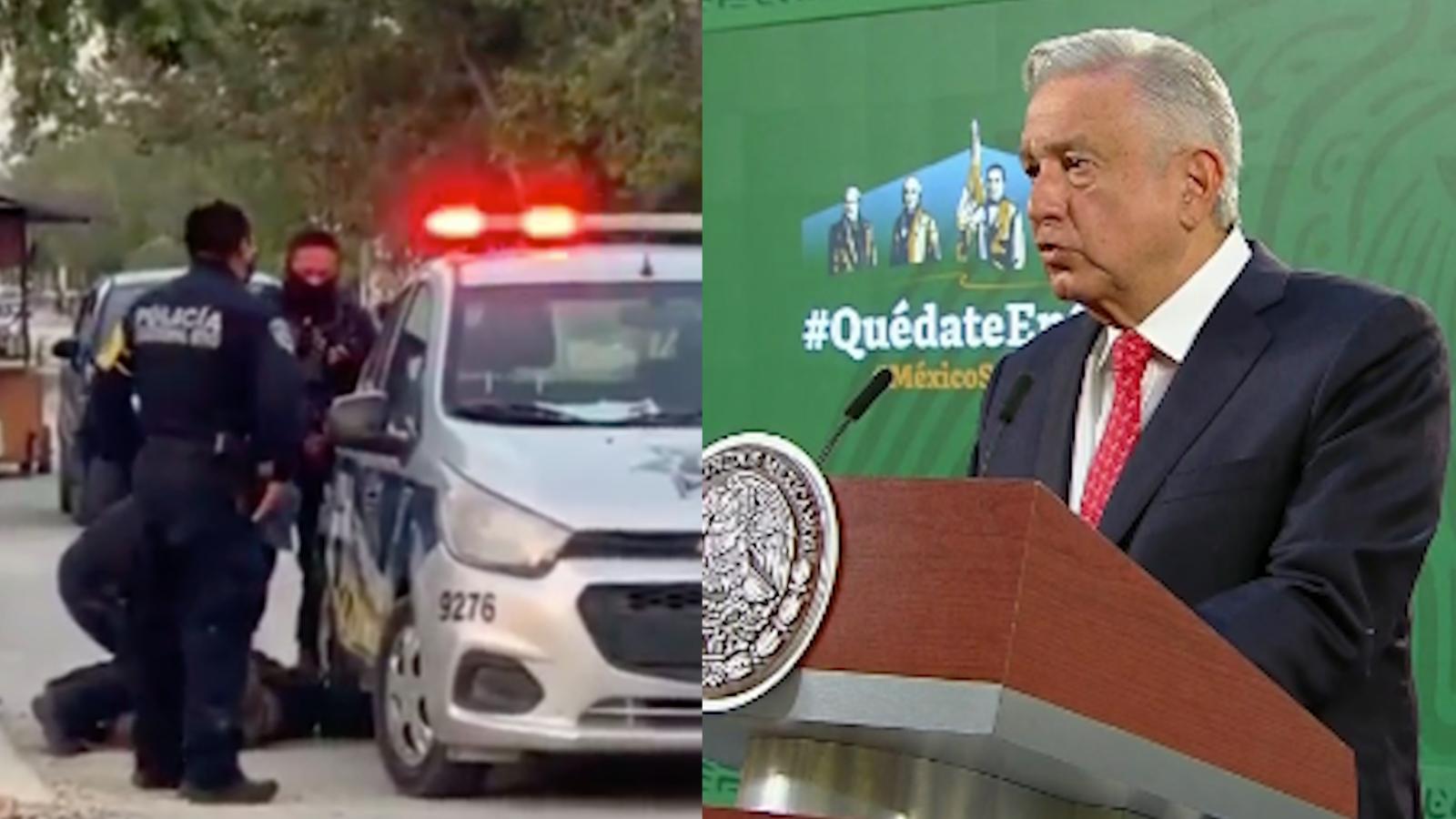 AMLO on the murder of a woman in Tulum: She was brutally treated and murdered. It fills us with pain and shame | Video | CNN 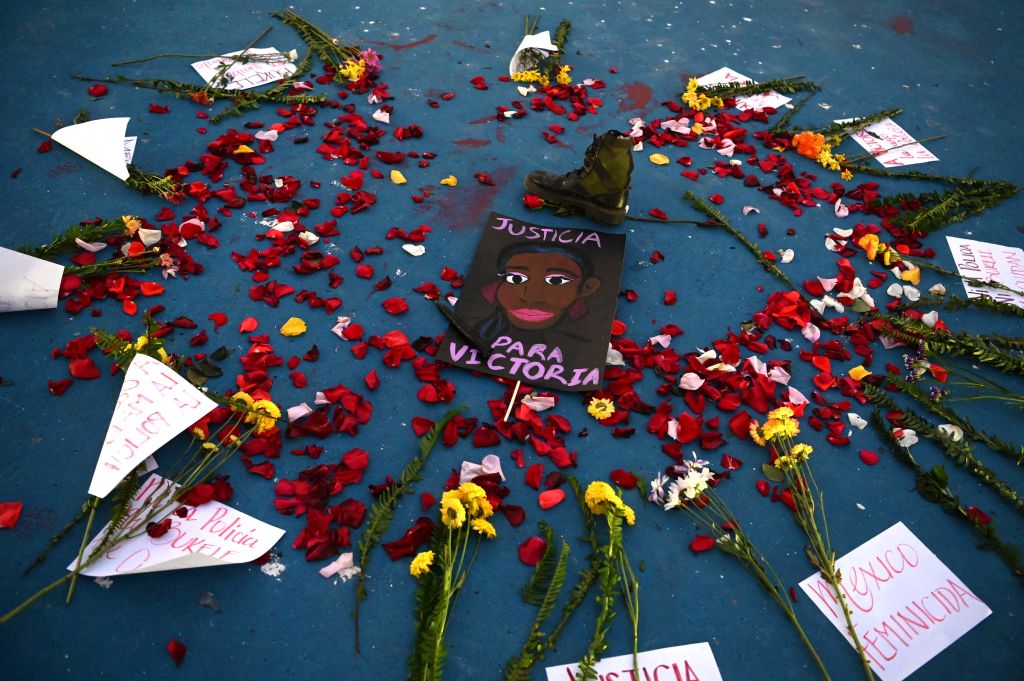 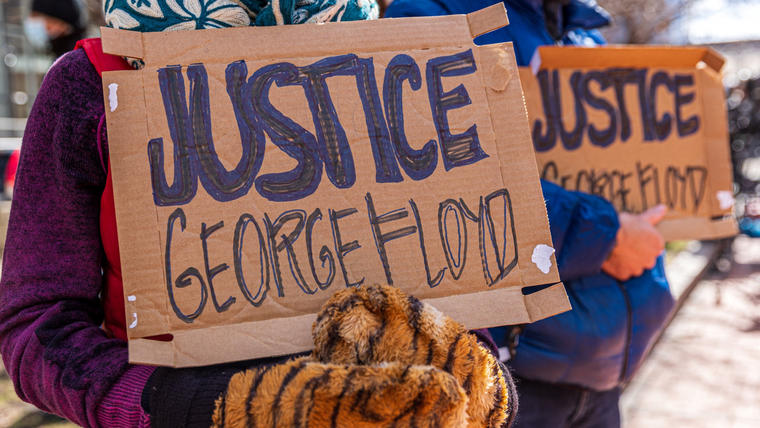