It was his prestige project, then Corona came: Health Minister Jens Spahn wanted to reform the nursing system. But now the time for the law is running out. 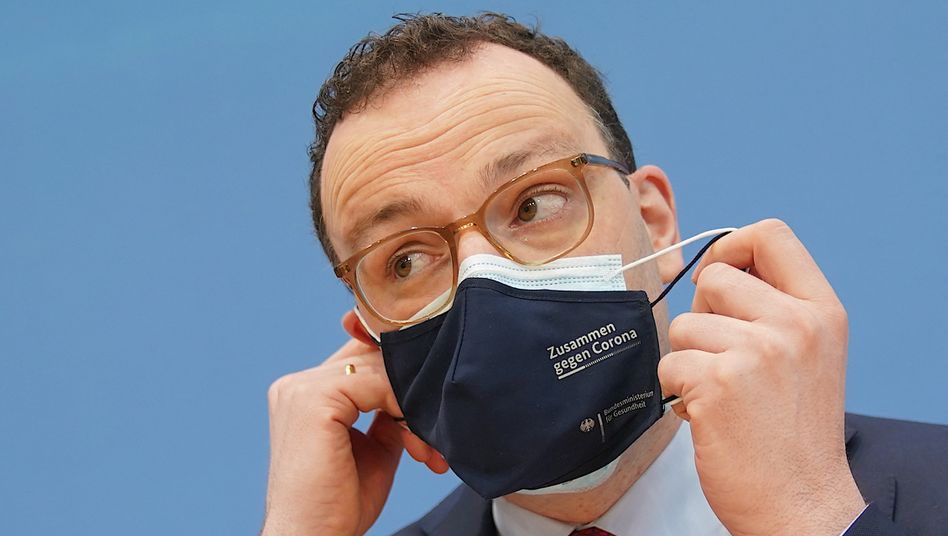 There was a time when the name Jens Spahn was not associated with mismanagement in the corona crisis, with a botched vaccination campaign, or with a lack of rapid tests.

In pre-Corona times, Spahn presented himself as a minister who sets the pace.

He was not deterred by the defeat in the fight for the CDU chairmanship in December 2018, instead conveying the image of a minister focused on material policy.

Mostly it was about a topic that will be one of the most important socio-political questions of the next few years: the reform of care.

For a “concerted action”, Spahn teamed up with Federal Family Minister Franziska Giffey and Labor Minister Hubertus Heil (both SPD).

Suddenly less time for the topic

But with the start of the corona pandemic in Germany, not only did Spahn's good reputation as a doer begin to crumble: It also became clear how bad the situation of many nursing staff in German retirement homes and hospitals still is.

And how dependent people in Germany are on them.

At the same time, the Federal Minister of Health now had less time to deal with the issue: he had enough to do with fighting the pandemic.

If the topic of care played a role during the pandemic year, it was either about infections in nursing homes or overworked nursing staff who were applauded.

In essence, both go back to the old problem that Spahn has not yet been able to solve: the massive shortage of staff.

In the background, the collective bargaining between an employers' association and the Ver.di union initially paused for a while: Together, both sides wanted to negotiate higher wages for employees in the care of the elderly.

A requirement that could then be made binding for all companies.

Health Minister Spahn defends his corona mask deals: "It works better with someone you know" An interview by Melanie Amann and Gerald Traufetter

The recruitment of skilled workers - one of the means with which Spahn wanted to resolve the shortage of staff in clinics and homes - stalled.

After the crisis, it was said again and again, the working conditions for carers should finally improve.

Until then, everyone should hold out.

Some got a corona bonus for this.

But then the nurses' prospects for improvement also deteriorated.

In the hospitals, occupational safety was overturned.

The risk of being infected with the coronavirus as a nurse in a nursing home was considered to be particularly high.

Many nurses had to fight for their one-time bonus payment.

In the meantime, some of them have announced on social networks that they will be leaving their jobs.

“Take care of yourself!” They write.

The number of those employed in care fell by more than 9,000 between the beginning of April and the end of July 2020 - a decrease of 0.5 percent in a very short time.

The feared »Pflexit«, as it is called in the industry, that thousands of people will leave their jobs, seems to be getting dangerously close.

"A bad day for care in Germany"

And then, when the union and employer finally agreed on a tariff, at the end of February the Minister of Labor's plan to declare the negotiated tariff generally binding also failed.

According to the law, the church social associations must approve the plan.

The Catholic Caritas, however, voted against the plan - and thus ruined the plan of salvation.

"A bad day for care in Germany," said Heil at the time.

And added that he now expects Spahn to enforce the tariff in his nursing reform.

The assignment came at just the right time for Spahn: he had already announced the reform in autumn.

The plan: In the future, nursing care funds should only be able to bill services with nursing services and nursing homes if they pay their staff according to or similar to a tariff.

At the same time, the self-contributions of those in need of care should be capped.

For both, Spahn needs a lot of money from the SPD-led finance ministry.

In the last few weeks Spahn has pushed ahead with his project.

But it is just now that the negotiations are apparently stalling.

"It's good that the maintenance is now in prime time."

But the Minister of Health wants to prove that he can still set the pace and wants to score points with the topic beyond the corona crisis.

In the ProSieben program "Joko & Klaas Live" last Wednesday evening, the shift of a nurse at the Münster University Hospital was shown for seven hours.

In real time and without commercial breaks.

At a press conference, Spahn was happy about the attention for "his cause".

"It's good that the maintenance is now in prime time," he said.

"Nurses deserve our respect, our thanks, but above all better working conditions." He wants to talk to the nursing associations soon about how the conditions at work can be "further improved".

The time to get the law through in this legislature is running out. For Spahn, however, a lot depends on it: If his plan works, he could at least record a success for this part of his work as health minister. After all. 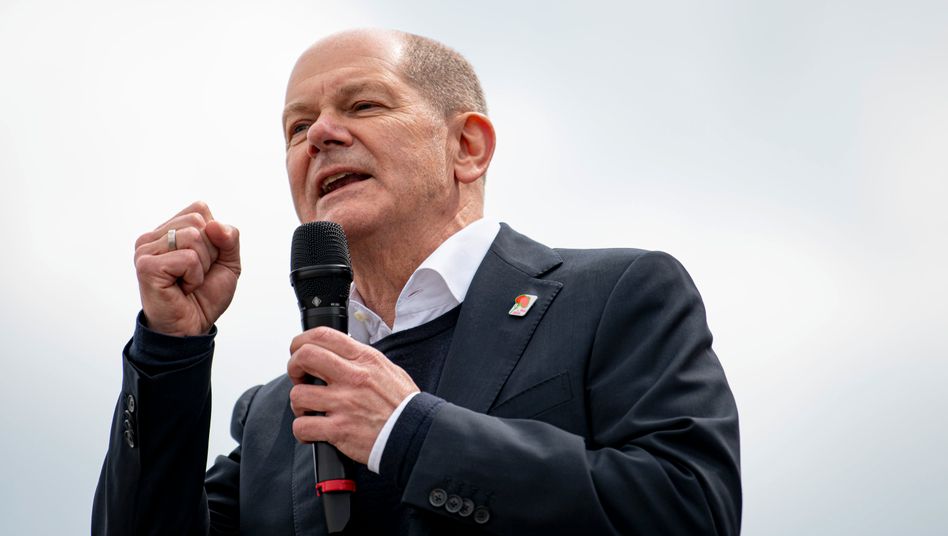 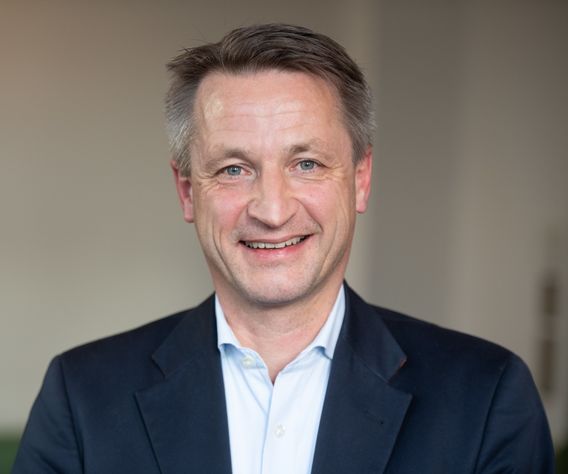 Corona exposes our state. We need an intellectual and practical reform. 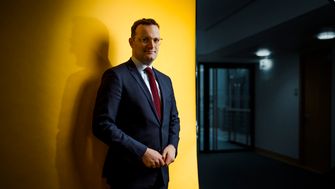 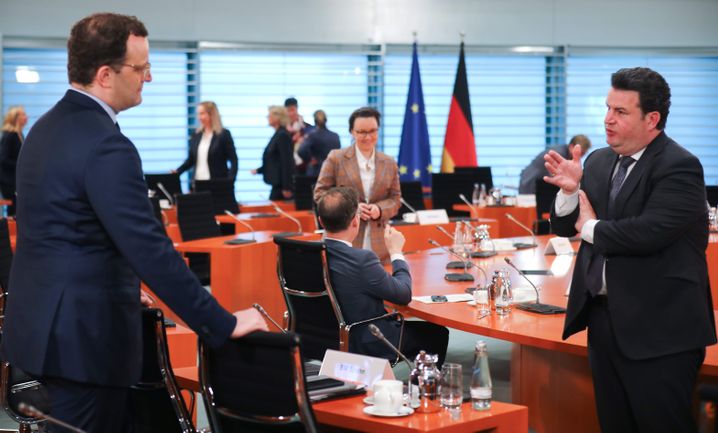 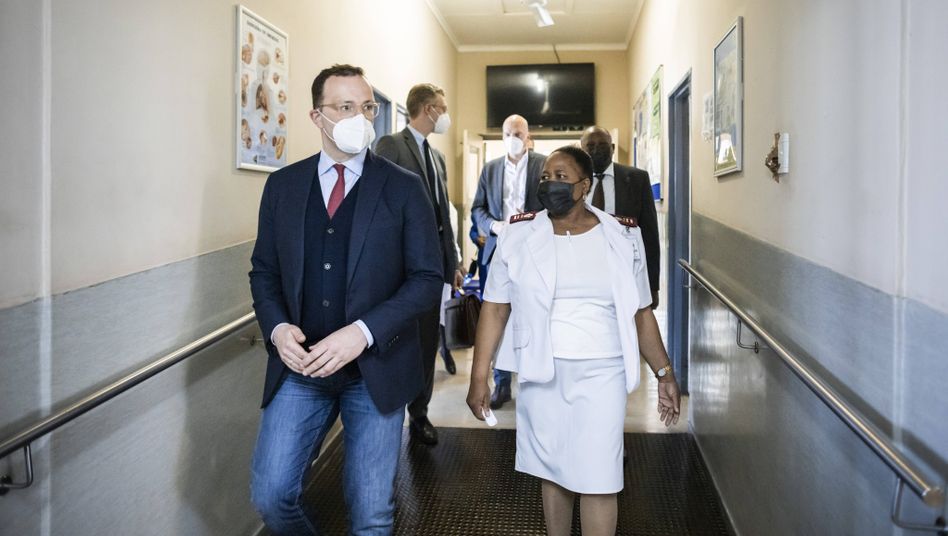 After 16 years Angela Merkel: "The pain threshold has been exceeded" - experts warn against "mammoth tasks"

After 16 years Angela Merkel: "The pain threshold has been exceeded" - experts warn against "mammoth tasks"