The most important sporting spectacle of ancient Greece had paused for a millennium and a half. Until a French baron revived the tradition in 1896. He pushed for Paris - it became Athens. 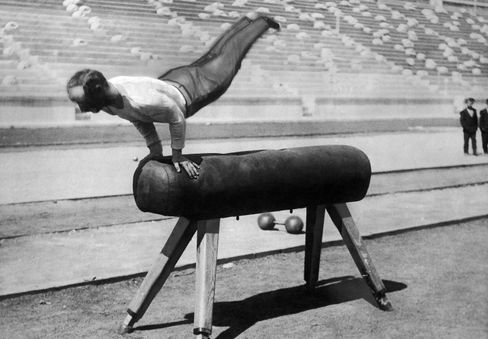 The world had to wait a long time for this sporting event: cheers broke out when Greece's King George I stepped onto the stage of the Panathinaiko Stadium on April 6, 1896.

The crowd waved pennants with the inscription "BC 776, AD 1896", the years of the first Olympic Games and their new edition.

The King said: “I declare the beginning of the first international Olympic Games in Athens!

It was a moment in sports history: in the following ten days, after 1503 years, athletes from all over the world measured their strength in the Olympic cradle - as was once customary in ancient Greece every four years.

Around 100 international sports reporters attended the sports spectacle, the dimensions of which were unparalleled: 241 athletes from 14 nations came together in Athens, all of them male, because women were only allowed to watch.

They were only approved for the games from 1928, initially in golf and tennis.

The motto of these first modern Olympic Games was not Greek, but Latin: "Citius, altius, fortius" - faster, higher, stronger.

The Hellenes took this to heart and achieved second place in the medal table, just behind the USA and clearly ahead of the German Empire.

But not a single gold medal.

In 1896 they didn't exist yet, only silver and bronze for the first and second place winners.

Much was then very different from what we know today.

Forbidden as a "pagan cult"

The story of the Olympic Games began in Athens in 776 BC.

According to Greek mythology, the powerful figure Heracles himself invented the games - in honor of his father Zeus.

But after the conquest by the Christian Romans in 393 AD, the Roman Emperor Theodosius I forbade the supposed "pagan cult": an end to Olympia.

For a long time the name was only used to lend a bit of glamor to much smaller sports festivals, such as the "Olympic Games" in 1810 as part of the Munich Oktoberfest.

That changed at the end of the 19th century by the French historian and educator Pierre de Coubertin.

Inspired by the enthusiasm for sport at English private schools, the baron wanted to bring up a new person in France, fit in mind and body, and to revive the Olympic Games.

What he also succeeded in: in 1894 the International Olympic Committee (IOC) was founded in Paris.

However, Coubertin failed in one of his goals: He wanted to bring the Games to Paris.

That went too far for his supporters.

With the decision for Athens, Olympia returned to the country of birth.

A festival of breakdowns

Some of the preparations are reminiscent of later Olympic escapades.

The stiff state of Greece lacked the money to build adequate sports facilities.

The planning only allowed two years in advance, about half of the time was spent quarreling about the financing.

In the end, it succeeded with donations: The Greek millionaire Georgios Averoff, for example, paid for the completion of the Panathinaiko stadium exactly at the original site, on the foundations of the ancient stadium.

The fact that the major project was progressing in spite of everything was also due to its importance for the self-image of the Greeks: After decades of the fight for freedom against Turkey, they were looking for a new image of Greece - in front of themselves as well as outside.

But the 1896 Games were not always a flattering picture.

Some things looked improvised: the stadium had chic marble benches, but the curves of the running track were too narrow for record times.

Pools for the swimming competitions were missing completely.

The swimmers simply started in a bay: in the 13 degree cold sea water.

Even after the start of the 100-meter sprint on April 6, 1896, not everything went as professionally as we know it today from the billion-dollar business Olympia.

The fact that Greece still followed the Julian calendar instead of the Gregorian calendar didn't make it any easier.

So the US team arrived with a supposedly generous twelve days in advance, knowing that they could prepare and acclimatize in peace - only to find out that the competitions, according to the Julian calendar, began the next day.

Despite all the adversities, the event was extremely important for the Greeks.

They had to wait five days before cheering for a compatriot: 17 runners competed in the marathon, 13 of them Greeks.

The field was dominated early on by three successful middle distance runners with no long distance experience.

The French favorite Albin Lermusiaux gave up after 32 kilometers.

He is said to have consumed too much wine as sports nutrition, like his US rival Arthur Blake, who stopped outside the city limits of Athens.

When the Australian Edwin Flack collapsed at kilometer 37, the way was clear for Spyridon Louis, a shepherd and water carrier by profession.

The 23-year-old Greek divided up the race well and is said to have also drunk wine and cognac, but still finished the route as the winner in 2:58:50 hours.

The enthusiastic Greek Crown Prince Konstantin ran the last few meters with him in the stadium in front of 50,000 spectators.

Another curiosity about the marathon: The Greek Spyridon Belokas, who crossed the finish line third, was disqualified - he had covered part of the route on a horse-drawn vehicle.

In the midst of the Olympic chaos, some disciplines were canceled at short notice.

The weather was simply too bad for the planned rowing and sailing regattas, and there weren't enough participants for a cricket competition.

A German became the most successful Olympic athlete

The unprofessional element, however, was literally wanted: Back then, Olympians were not allowed to earn a living from sports.

They had to be amateurs until 1981. Therefore, the world's best athletes were not found in the disciplines.

Occasionally, random spectators mingled with the participants at the last minute.

Some participants even accepted considerable adversity.

Harvard University, for example, refused to give its student James Connolly a leave of absence.

Whereupon the young American de-registered to travel to Greece - and promptly to be the winner in the triple jump.

An empire for a horse: Carl Schuhmann was the winner of medals in 1896

The sportsman Carl Schuhmann took part in several disciplines as there were no special restrictions on participation and became the most successful athlete of the games.

Despite some planning deficiencies, the competitions in Athens so carried away the majority of the athletes that among them the demand was made that the Olympic Games should be held here every year from now on.

But that was not in the spirit of the French-dominated IOC.

In the resolution of 1894 it had already stated that the competitions should take place "every four years in other cities in the world."

It was no coincidence that France was chosen for the following games.

With this, Pierre de Coubertin, who later tricked himself into winning a gold medal, succeeded in fulfilling his dream of being an Olympic foster father and bringing the World Games to Paris in 1900, parallel to the World Exhibition.

However, they disappeared in the shadow of the other major event, and the public hardly took any notice.

The big breakthrough was not to come for the Olympic Games until 24 years later - when they ran again in Paris. 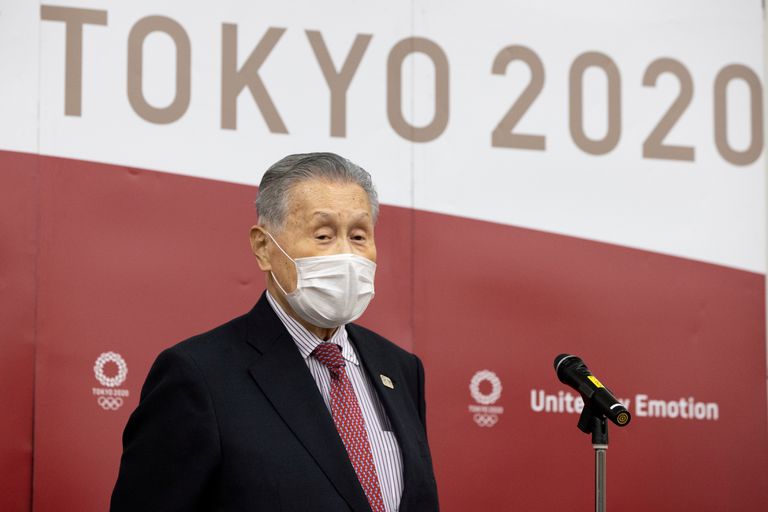 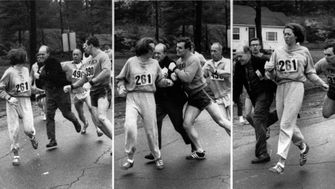 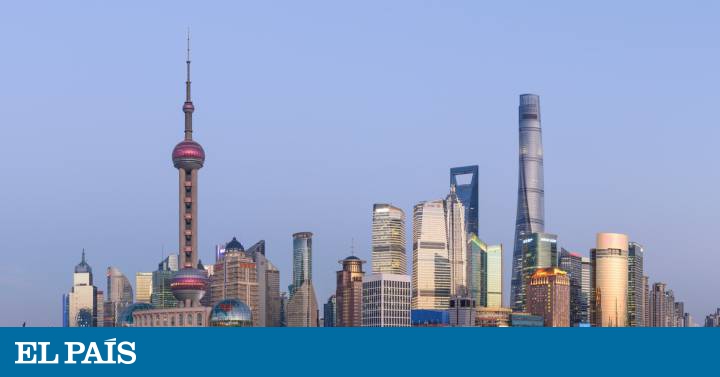 The importance of the sky line 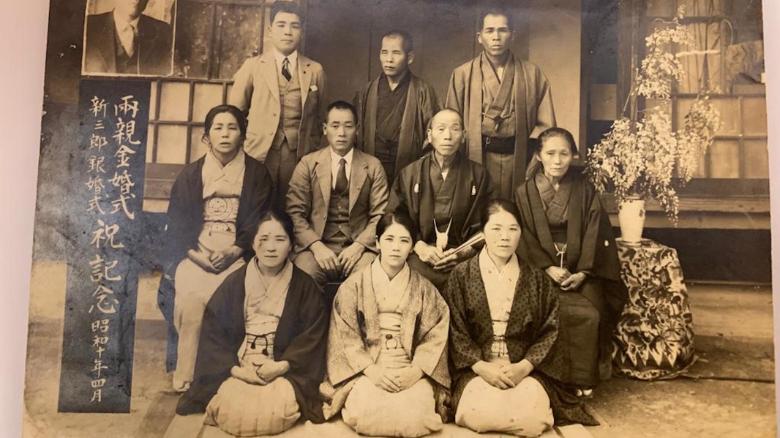 The oldest person in the world will carry the Olympic torch