Commemorations of the genocide in Rwanda: France opens important archives to the public

France announced on Wednesday the opening of important archives on Rwanda on the occasion of the 27th anniversary of the start of the Tutsi genocide, a gesture hailed by the victims who, however, await an "apology" from Paris for its role in the tragedy.

The archives of former socialist president François Mitterrand, those of his then Prime Minister Edouard Balladur (right), and other documents are now open to all the public "before the expiry of the prescribed deadlines", indicates a decree published Wednesday in the Official Journal.

"Anything that can allow us to know even more details of the history of the Tutsi genocide is a good thing", reacted Jessica Gérondal Mwiza, vice-president of the association of victims Ibuka France.

“But the story in broad outline we know it, the responsibilities we know them.

We expect a strong, clear word of truth and apologies ”from France, she added, on the sidelines of a first commemorative ceremony in Paris.

The responsibility of François Mitterrand

The head of French diplomacy Jean-Yves Le Drian, the socialist mayor of Paris Anne Hidalgo, the Rwandan ambassador to France François-Xavier Ngarambe thus observed a minute of silence and laid wreaths in memory of more than 800,000 people. , mainly Tutsi, massacred between April and July 1994 in Rwanda.

The opening of the archives had been awaited for years and marks a further step in the memorial policy of President Emmanuel Macron, after the submission of a report by a commission of historians who concluded that "heavy and overwhelming responsibilities" were imposed on the France in Rwanda between 1990 and 1994.

Genocide in Rwanda: France deemed "responsible" but not complicit, according to report

Several of these documents, including diplomatic telegrams and confidential notes, appear in this report of the commission headed by historian Vincent Duclert.

Handed over to Emmanuel Macron on March 26, the report underlines in particular the responsibility of François Mitterrand and his particular staff who regularly ignored the various warnings on the risks of genocide.

In total, thousands of documents will thus be opened to the public and in particular the Mitterrand collection, which remained locked for decades.

However, the committee regretted having encountered during its work of more than two years "refusals to communicate or consult, admittedly rare but notable".

The Office of the National Assembly, for example, refused to consult certain archives.

Other archive openings could follow in the summer, including army documents that have been declassified but not exploited, according to a source familiar with the matter.

Rwanda hopes for apology from France

Other commemorations are planned in Paris to mark the 27th anniversary of the start of the genocide.

"This period of commemoration is really intense for us, during which the feelings of the survivors are on edge," Etienne Nsanzimana, president of Ibuka France, recently reminded AFP.

When submitting the Duclert report, Emmanuel Macron had indicated that he hoped for an “irreversible” rapprochement with Kigali.

Rwanda, for its part, hailed "an important step towards a common understanding of France's role".

However, it has not yet commented on the content of the report and in particular on the role of France.

Etienne Nsanzimana hopes for "an apology from France".

“Overwhelming responsibilities have now been detailed, even though we knew a lot.

I do not see what would prevent France from taking the step, ”he adds.

"The survivors are waiting for this".

Even if relations between the two countries have relaxed with the coming to power of Mr. Macron in 2017, France's role in Rwanda has remained an explosive subject for more than 25 years.

It is also the subject of a violent and passionate debate between researchers, academics and politicians.

Commemorations of the genocide in Rwanda: France opens important archives to the public 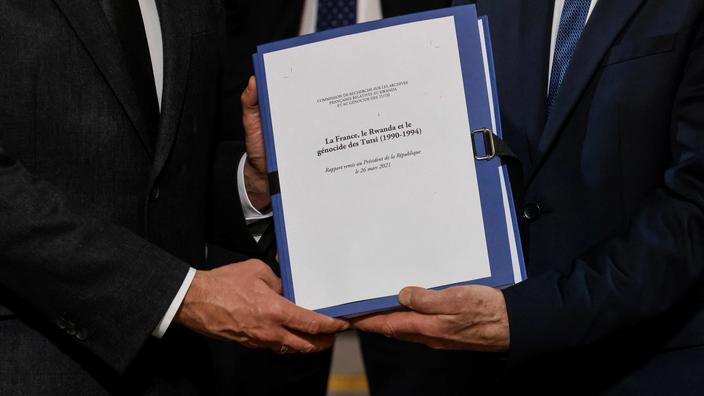 Genocide in Rwanda: trial required against a former Rwandan gendarme detained in France 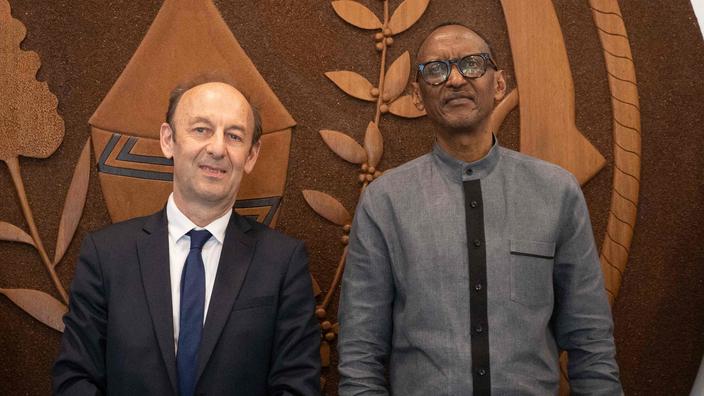 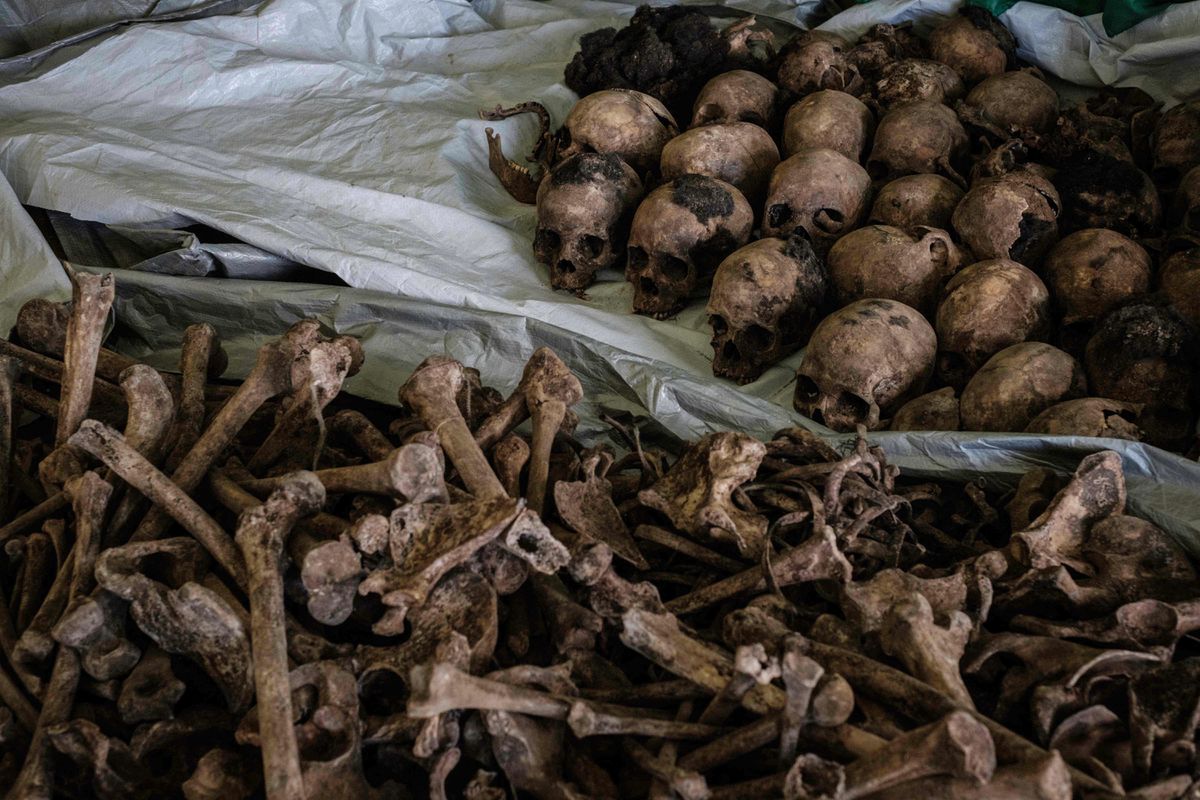 France faces its responsibility in the Rwandan genocide 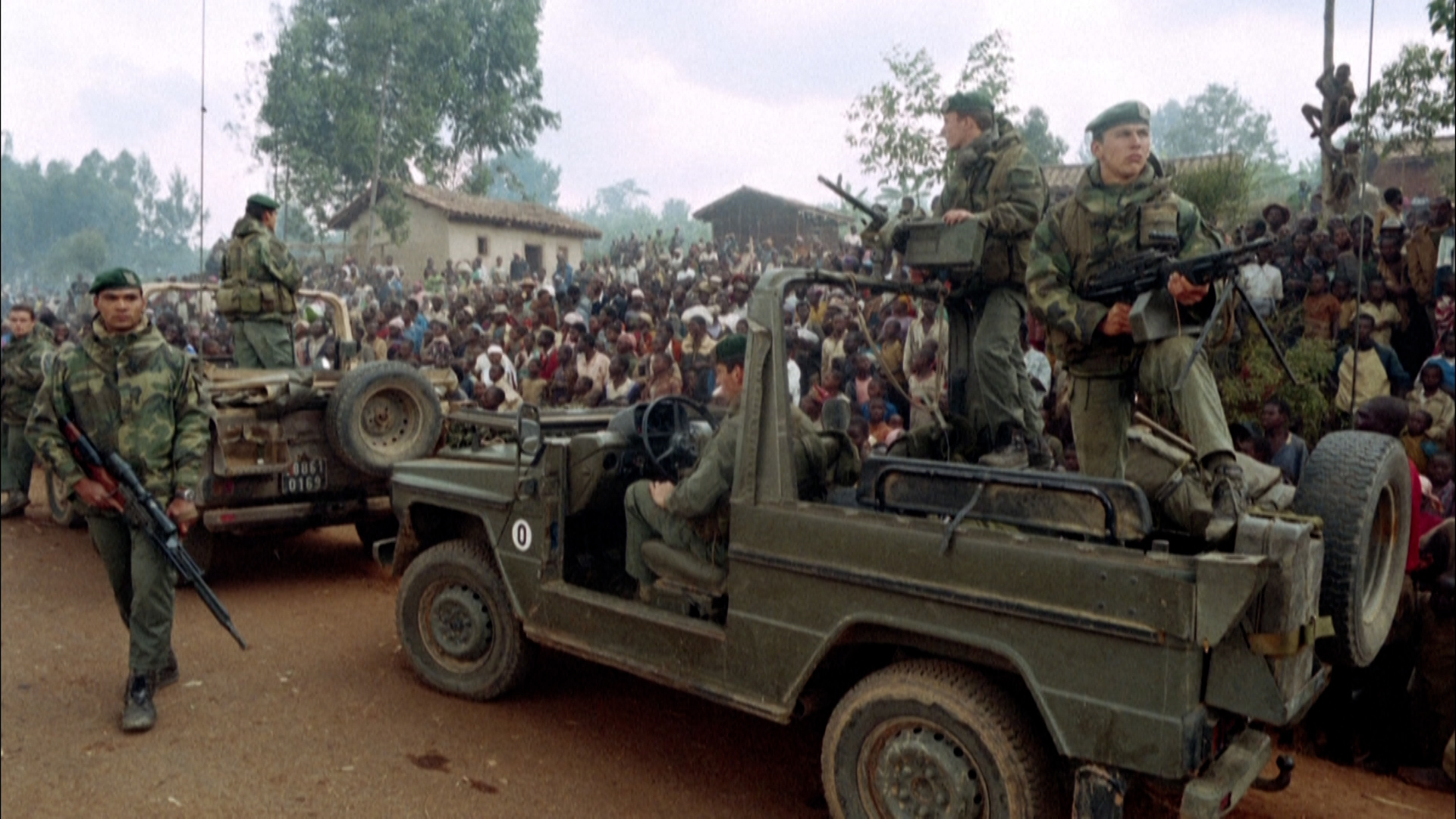 VIDEO. Genocide in Rwanda: France deemed "responsible" but not complicit, according to report 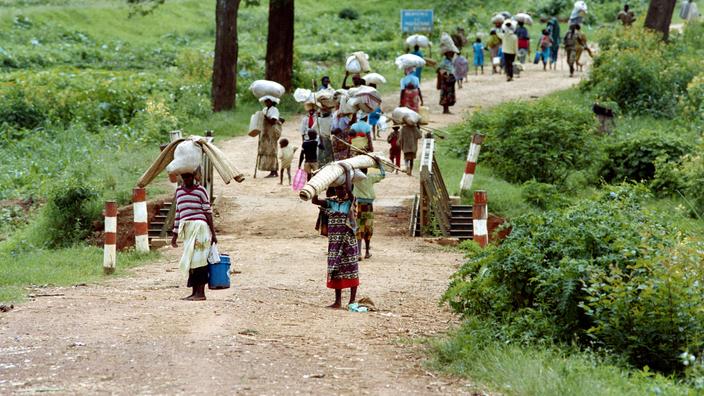 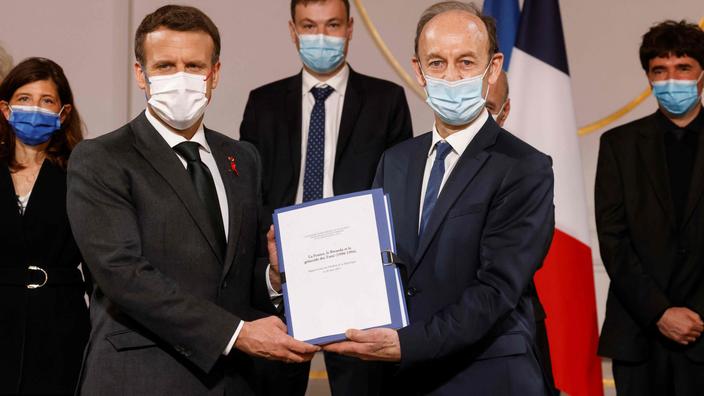 Genocide of the Tutsi in Rwanda: France's "overwhelming responsibilities"