Myanmar's military is charging families US $ 85 to recover the bodies of relatives killed by security forces in a bloody crackdown on Friday, according to activists.

The brutality that is being experienced in Myanmar 10:10

- The Myanmar Armed Forces are charging families US $ 85 to recover the bodies of relatives killed by security forces in a bloody crackdown on Friday, according to activists.

At least 82 people died in Bago, 90 kilometers northeast of Yangon, on Friday after the city was "stormed" by military security forces, the advocacy group Association for Assistance for Political Prisoners (AAPP) said.

More than 700 people have died since the military toppled Myanmar's elected government in a coup on February 1, according to the AAPP.

Since then, the junta's security forces made up of police, soldiers and elite counterinsurgency troops have embarked on a systematic crackdown on peaceful and unarmed protesters, detaining some 3,000 people and forcing activists into hiding.

An eyewitness living in the city of Bago, who cannot be identified for security reasons, told CNN on Sunday that many residents have fled to nearby villages since Friday's raid.

The internet was cut off in the area since Friday, the witness said, and security forces are searching the neighborhoods.

«I lived on the main road.

The security forces come and park frequently, "the witness told CNN, adding that the bodies piled up in the morgue after the shooting.

"Due to the threat, we had to move to the house in the nearby lane."

The military is now charging families 120,000 Myanmar kyats ($ 85) to recover the bodies of relatives who died on Friday, according to a Facebook post from the Bago University Students Union.

The Burmese Radio Free Asia service coincided with the reports from the University of Bago Student Union.

CNN has not independently verified the report and has reached out to the military for comment.

A police vehicle parked on a road in the southern municipality of Okkalapa to block the gathering of anti-coup protesters in Yangon, Myanmar, on Friday, April 9, 2021.

Myanmar's military claimed its forces were attacked by protesters in Bago on Friday, according to the state-run Global New Light of Myanmar newspaper.

"Security forces were attacked by groups of rioters while removing road barriers solidified by rioters on the streets of Bago yesterday,"

The newspaper said a protester was killed during the incident on Friday.

"Evidence from confiscated grenades and ammunition indicates that small arms were used," the report added.

The Myanmar military detained a volunteer Red Cross doctor in Bago on April 2, the organization confirmed to CNN on Sunday.

The volunteer, Nay Myo, who is also president of the Bago Red Cross, has not been charged but remains in detention, the Red Cross said.

Another volunteer doctor providing free medical assistance on the ground, Wai Yan Myo Lwin, was detained in Bago on Sunday, his family confirmed to CNN.

Protesters march during a protest against the military coup in Yangon on April 11, 2021.

The US Embassy in Myanmar called for an end to the violence on Sunday.

"We regret the senseless loss of life in Bago and throughout the country where regime forces have reportedly used weapons of war against civilians," the embassy said in a post on its official Twitter account.

"The regime has the ability to resolve the crisis and needs to start by ending the violence and attacks," he added.

The NGO Human Rights Watch published a letter on Thursday urging the European Union to "fully implement" the sanctions against the military and "urgently adopt additional sanctions."

"The people of Myanmar have had to face the bullets of the military, but they continue their fight bravely, relentlessly," the letter read.

"The EU's condemnation and efforts to promote accountability and justice for gross, widespread and systematic abuses by the military junta are welcome and important, but words and partial steps are not enough."

The commander-in-chief of the armed forces, Major General Min Aung Hlaing, defended the coup over the weekend, claiming that the junta "did not seize power, but took steps to strengthen the multi-party democratic system," according to

Military spokesman Major General Zaw Min Tun previously told CNN that the generals are simply "safeguarding" the country while investigating a "rigged" election, and the bloodshed in the streets is the fault of "unbridled" protesters. 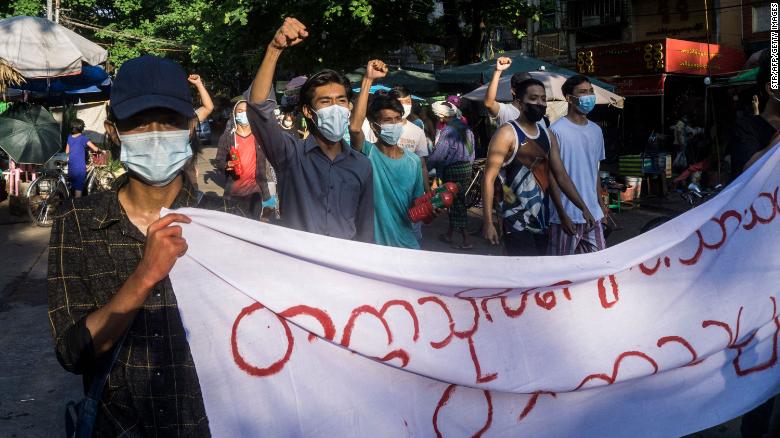 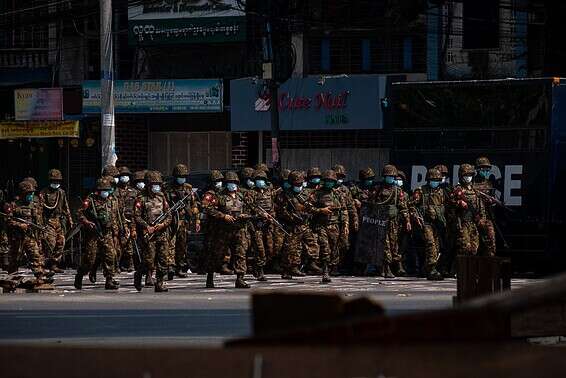 "A shameful day for the army": At least 50 protesters shot dead in Myanmar Israel today 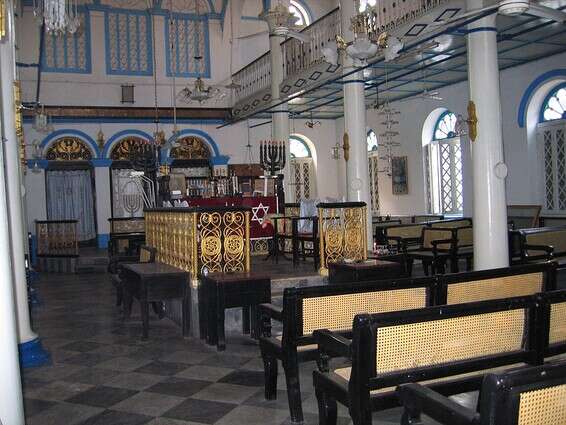 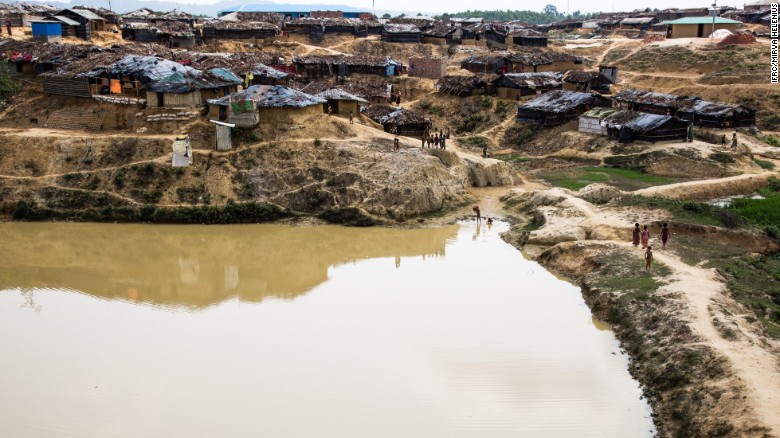