The UN said Tuesday April 13 that Burma sinks like Syria in a general conflict after the coup denounced by a protest movement, which marked the first day of the Buddhist New Year by painting pro-democracy messages on traditional flowerpots. Burma has been plunged into chaos since the coup by a military junta on February 1, which ousted former civilian leader Aung San Suu Kyi from power. To read a 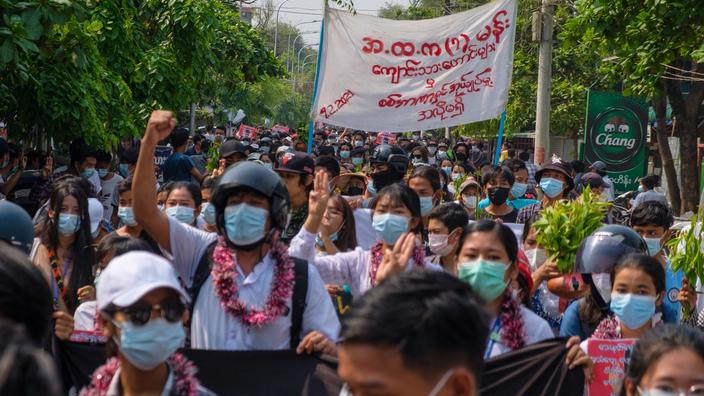 The UN said Tuesday April 13 that Burma sinks like Syria in a general conflict after the coup denounced by a protest movement, which marked the first day of the Buddhist New Year by painting pro-democracy messages on traditional flowerpots.

Burma has been plunged into chaos since the coup by a military junta on February 1, which ousted former civilian leader Aung San Suu Kyi from power.

To read also: Burma: Total caught in pincers since the coup

According to the count made by the Association for Assistance to Political Prisoners (AAPP), the repression of the civil disobedience movement has left at least 710 dead, including 50 children.

The junta announced on Tuesday that it had added dozens of names to a list of 260 wanted people, including personalities and doctors.

In Yangon, a military court on Tuesday sentenced seven protesters to death for the murder of a police informant.

Three of them were sentenced in their absence.

According to the AAPP, a couple was also shot dead by law enforcement in Tamu town, Sagaing province, while delivering milk.

that the situation in Burma is heading towards generalized conflict

To force the junta to end the repression.

there are clear echoes of Syria in 2011

", when peaceful protests erupted before being fiercely suppressed.

States must not allow fatal mistakes that have been committed in Syria and elsewhere to be repeated,

" the declarations of condemnation and the targeted sanctions.

The coup drew many condemnations from Western capitals, sometimes accompanied by sanctions targeting the junta and its financial interests.

Read also: In Burma, the mobilization against the junta is spreading outside the big cities

In this context, many opponents of the putsch have said they want to boycott the water festival on Tuesday, which kicks off the Thingyan festival, the Buddhist New Year, scheduled to take place until Friday.

Residents of Yangon, Monywa and Bago have thus diverted flower pots traditionally used for the holidays by painting them or placing messages in favor of democracy before placing them in the streets.

”, one could read on clay pots.

According to an opponent of Yangon, who goes by his first name only, Ray, for security reasons, the jars are a way to welcome the New Year and to "

There will be a set of things planned in the coming days to show that we are against this dictatorship,

Even though it's a time of celebration, we're not having fun.

We will not be happy until this dictator is overthrown and we will continue to revolt,

”a student from Mandalay (center) told AFP on condition of anonymity, speaking of the head of the military junta.

Residents of Mandalay, the second city, placed pots on a stupa, a Buddhist monument, with the image of a three-fingered salute, the symbol of resistance.

The UN envoy began a diplomatic tour of Asia with Thailand.

But Burma refuses to welcome him.

Ethnic armed factions, some of which openly support the protest movement, have also stepped up attacks on the army and the police in recent weeks.

The military retaliated with airstrikes which, according to Free Burma Rangers, a Christian aid organization, have displaced more than 24,000 civilians in south-eastern Karen state as of Saturday.

The Free Burma Rangers, who run a health facility in that state, said the raids left at least 20 dead and more than 40 injured.

AFP could not independently verify this record.

The raids have caused thousands of residents to flee to Thailand in recent weeks, but most have returned to the Burmese side of the border.

On Tuesday, the Thai government posted images on Twitter of personnel disinfecting areas where the displaced had come as part of anti-coronavirus measures. 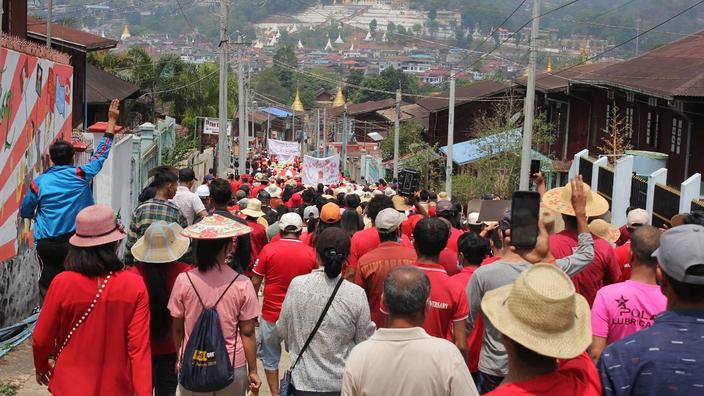 Burma: the army shoots a demonstration of caregivers, one killed 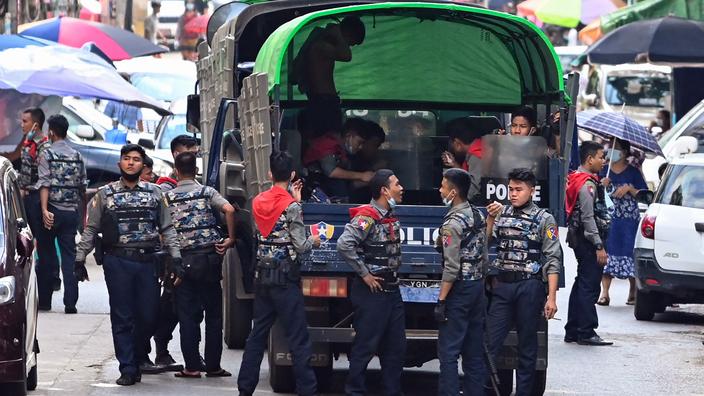 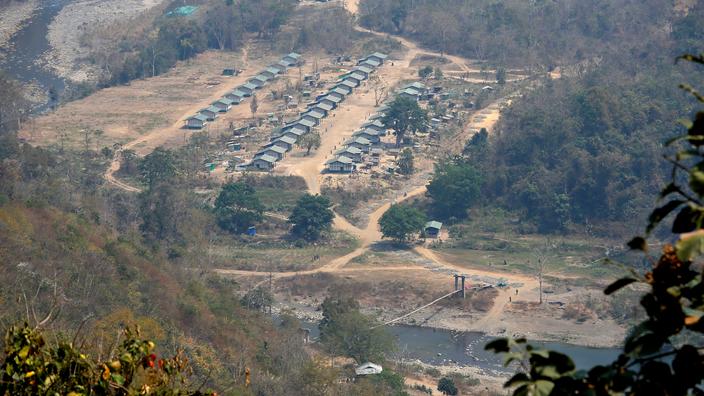 Burma: ulcerated by the bloodbath, the rebel factions tempted to take up arms against the junta 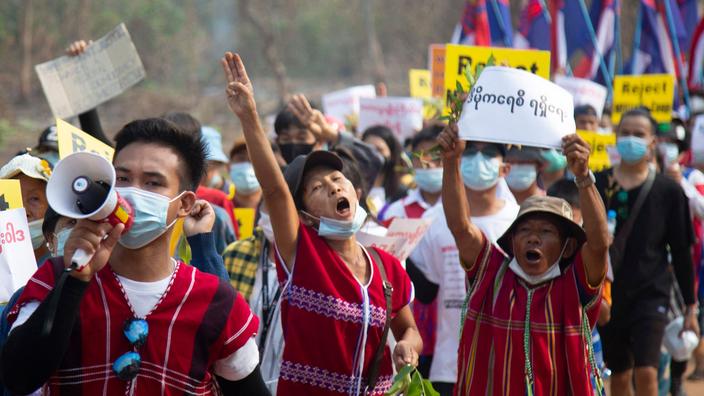 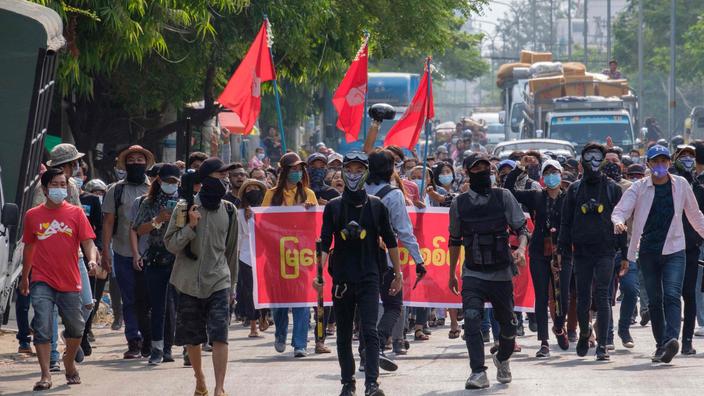