The 43-meter statue being built in a small inland city generates a pique among mayors A view of the 43-meter Christ that is built in the city of Encantado taken this Monday.Daniel Marenco / EFE On the verge of turning 90, the Christ the Redeemer of Rio de Janeiro has had competition. The upstart is also Brazilian and taller, he takes five meters out of the statue that for decades has been the best-known postcard in Brazil. The new one will measure 43 meters, including the pedestal 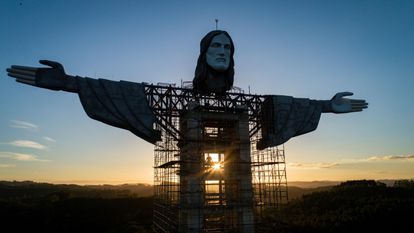 A view of the 43-meter Christ that is built in the city of Encantado taken this Monday.Daniel Marenco / EFE

On the verge of turning 90, the Christ the Redeemer of Rio de Janeiro has had competition.

The upstart is also Brazilian and taller, he takes five meters out of the statue that for decades has been the best-known postcard in Brazil.

The new one will measure 43 meters, including the pedestal, and stands on top of a hill in a small city called Encantado, in southern Brazil.

The announcement that they have placed the arms on the statue, which already had its head installed, hit the news a few days ago and unleashed a sting between the mayor of one of the most beautiful cities in the world and that of an unknown town in the interior that seeks to attract tourists.

Rio Mayor Eduardo Paes ironically referred to the new Christ in a tweet: “Building a bigger statue is a piece of cake!

What I want is to see and have this view, "he wrote next to two dead faces of the rose and the photograph that takes your breath away: the immense Christ on his back with open arms as if he were embracing the spectacular Guanabara Bay.

Until the pandemic drove away the thousands of tourists who visit the colossal Art Deco monument each year, from there they could see Copacabana beach on the right, and the Maracana stadium on the left.

I want to see this view ... 🤪🤪🤪 pic.twitter.com/kwBUoWXwLd

His counterpart, the mayor of Encantado, surrendered to the evidence, humbly replied: “No discussion.

Rio de Janeiro is still beautiful and everyone knows it.

Now, everyone, come to know the Protective Christ of Encantado, our culture and gastronomy ”, wrote the councilor Jonas Calvi on Instagram.

Done, replied the Carioca, who has promised to attend the inauguration of the monument, scheduled for the end of this year.

The Christ of Corcovado is undoubtedly the most famous postcard in Brazil, the country with the most Catholics in the world.

The construction of the new Christ began two years ago.

His arms extend up to 36 meters.

And it will have an internal elevator and a viewpoint overlooking a valley.

Encantado is a city of less than 20,000 inhabitants near Porto Alegre (Rio Grande do Sul) that was founded just over a century ago by Italian immigrants.

The main promoter of the initiative was Aldroaldo Conzatti, the previous mayor of Encantado, who died of complications from the covid last month without being able to see the work originally devised by a Catholic parish priest completed.

The work is being paid for thanks to donations, without a single real of public money, the current councilor has stressed.

Enchanted will be the second tallest Christ in the world.

At the head, the statue of Christ the King located in Poland (52 meters with the pedestal).

The Christ of Rio, inaugurated in October 1921, is a world heritage site and one of the seven wonders of the world.

Going up to Corcovado to photograph, with permission from the clouds, the landscape is one of the essential tourist visits to a city that, behind its beautiful facade, has very serious problems of corruption (all previous governors are convicted or are being investigated), police brutality, inequality and now, of hospitals crowded with coronavirus patients. 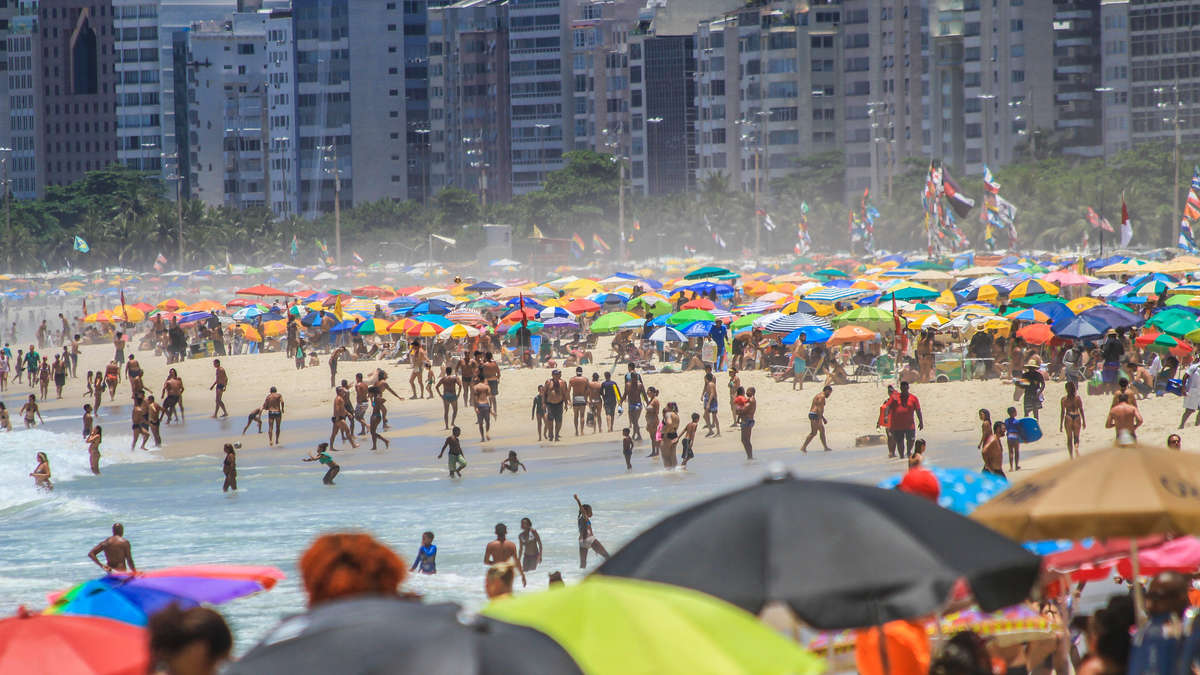 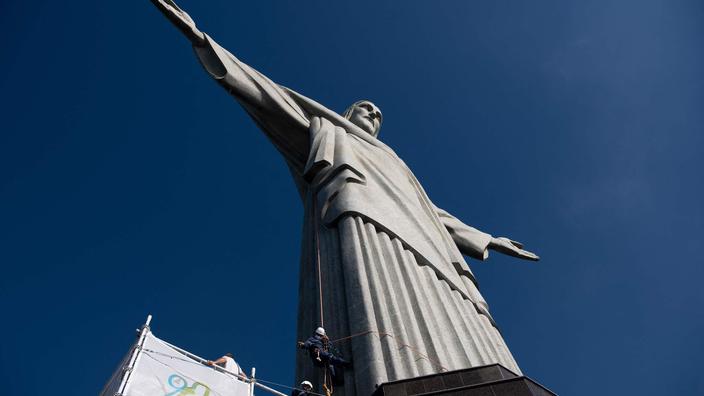 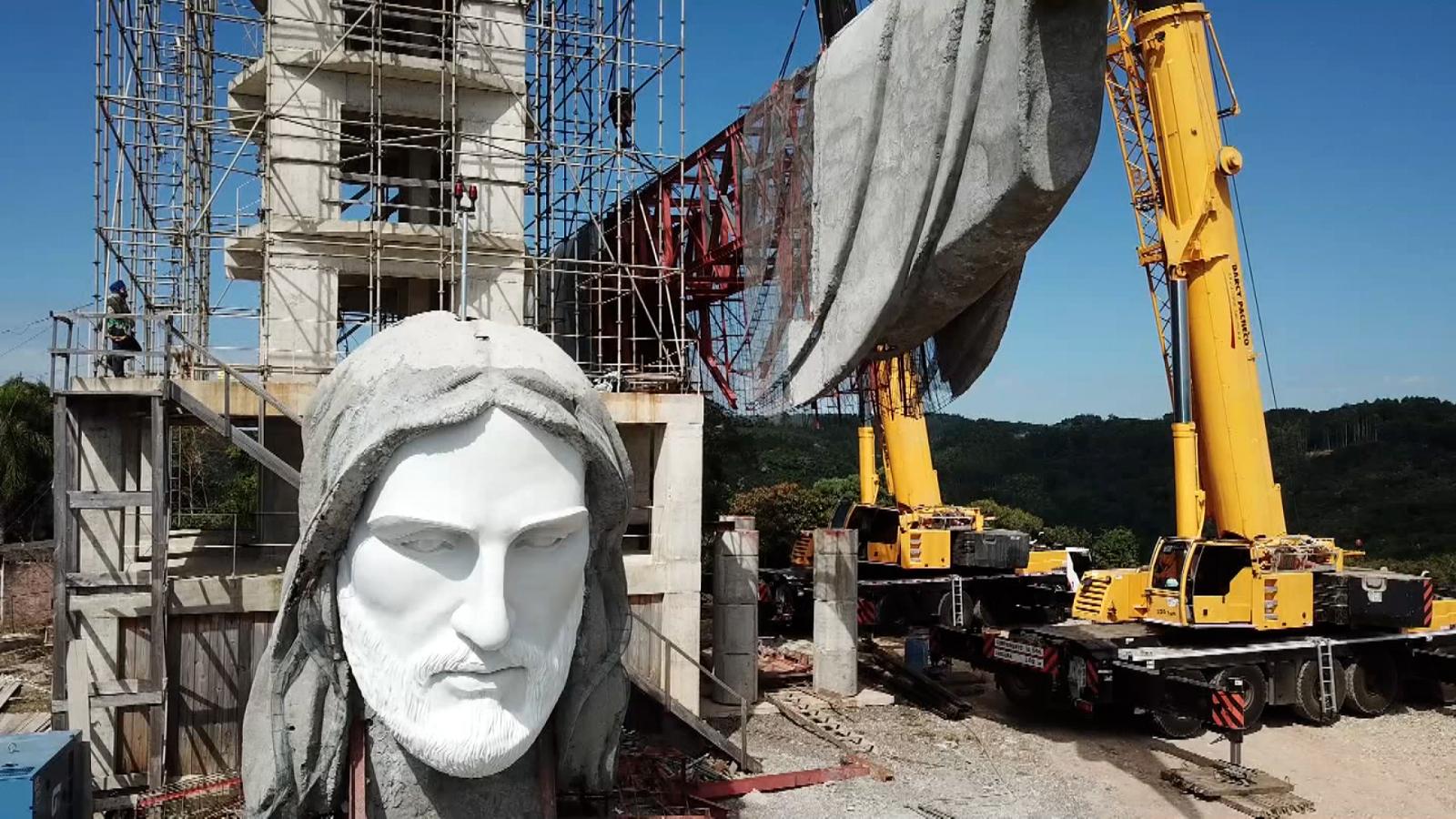 Brazil intends to name Pele at the famous Maracana stadium