Election restructuring ︱ See the 8 major new exposures in one article, and call for a false vote. How many years is the maximum sentence for imprisonment?

The Legislative Council will first read the bill to amend the electoral system tomorrow (14). The content of the electoral reform bill will be released today (13). Chief Executive Carrie Lam will meet with reporters in the afternoon to explain the details of the comprehensive bill. This article will 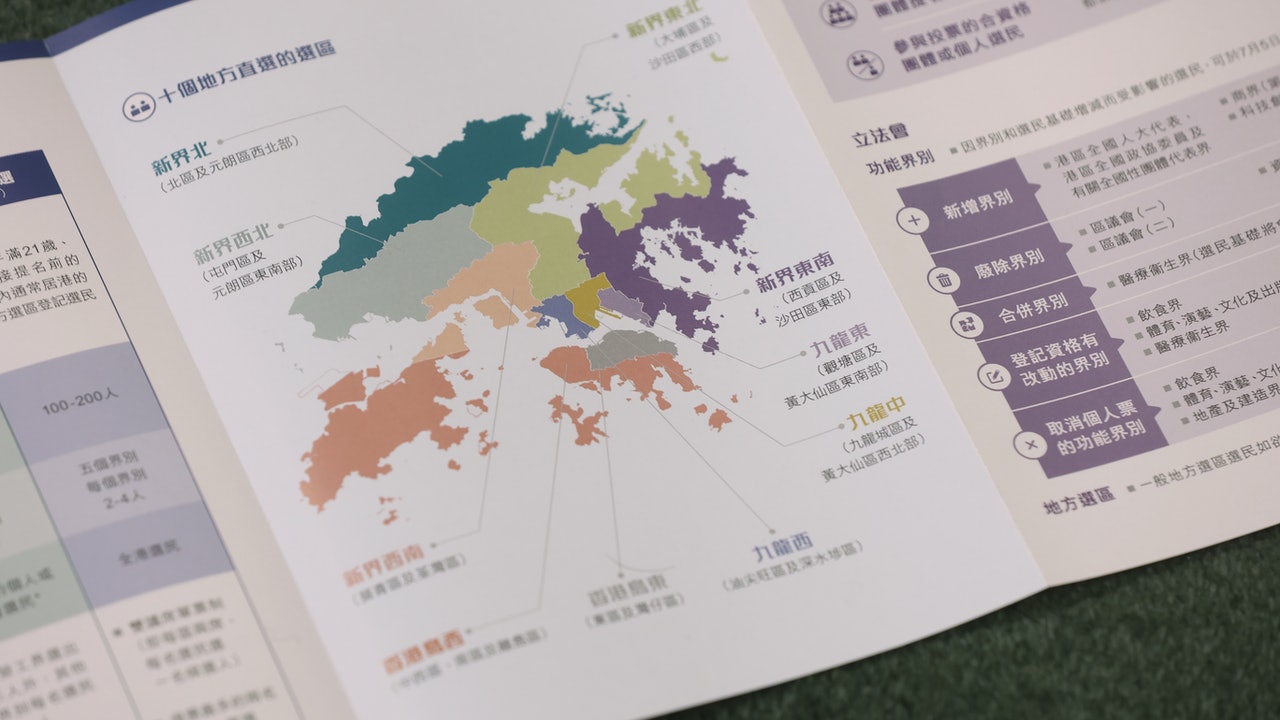 The Legislative Council will first read the bill to amend the electoral system tomorrow (14). The content of the electoral reform bill will be released today (13). Chief Executive Carrie Lam will meet with reporters in the afternoon to explain the details of the comprehensive bill.

This article will review some key information that is newly exposed today.

(1) Set voting dates for the next three elections:

(2) Regional direct elections will be divided into 10 electoral districts:

(3) The members of the qualification review committee are appointed by the chief executive:

Only the principal officials referred to in Article 48(5) of the Basic Law are eligible to serve as members.

Carrie Lam announced that after considering the opinions of all walks of life, amendments to the draft will be proposed in the Legislative Council later, and the review will be added to the community.

Lin Zheng pointed out that relevant persons must be reviewed by the National Security Council before joining the committee, and the list of persons concerned must not be ruled out to be submitted to the central government for filing.

In the 2017 Chief Executive Election, some electoral commissioners wrote foul words on the ballots, which were considered invalid votes.

(4) It is also illegal to appeal not to vote, to cast unqualified or invalid votes:

The draft proposes to amend the "Elections (Corrupt and Illegal Conduct) Ordinance". Anyone who uses public activities to incite others not to vote, cast unqualified votes or invalid votes during the election period is an illegal act; anyone deliberately hinders or prevents another person from voting Voting in the middle is an act of fraud.

The Secretary of Justice Zheng Ruohua added that in accordance with the draft proposal, inciting others not to vote, to vote in vain or to invalidate the vote, the maximum sentence is 3 years in prison.

As for how to define "public activities," Zheng Ruohua said that there are three main aspects: first, if someone communicates to the public is illegal, such as broadcasting a video to the public, etc.; second, the public observes their behavior, such as someone setting up provisions outside the house It is also an offence to incitement to vote in vain or invalid votes; third, it is an offence to distribute materials to the public, such as any electronic release.

The draft proposes to use electronic voter registers starting from this year's elections for the Election Committee subsector and the Legislative Council elections.

Voters present their identity documents, and the ticket station personnel use electronic equipment to check and invoices, eliminating the need for paper and cross-cutting.

The draft proposes to make changes to the review and compilation of voter registers.

Only the media, political parties and candidates can access the register; cover part of the personal data of voters on the register; the requirement to submit proof of address is extended to all new voter registration applications.

(8) The list of the "National Team" of the Election Committee was exposed:

In the fourth sector of the Election Committee, the 27-seat "Representatives of Mainland Hong Kong People's Groups" was exposed, and one person was nominated by each of the following groups:

Among the 110 seats in the fifth sector of "representatives of Hong Kong members of national organizations", there are 5 types of representatives who are "specified entities eligible to register as voters". They are:

Election restructuring｜The Legislative Council election was held on December 19, inciting others not to vote, voting in vain is also illegal

Electoral Restructuring | Lam Cheng: Inciting voters to vote in vain collectively or involving election manipulation will be regulated by legislation 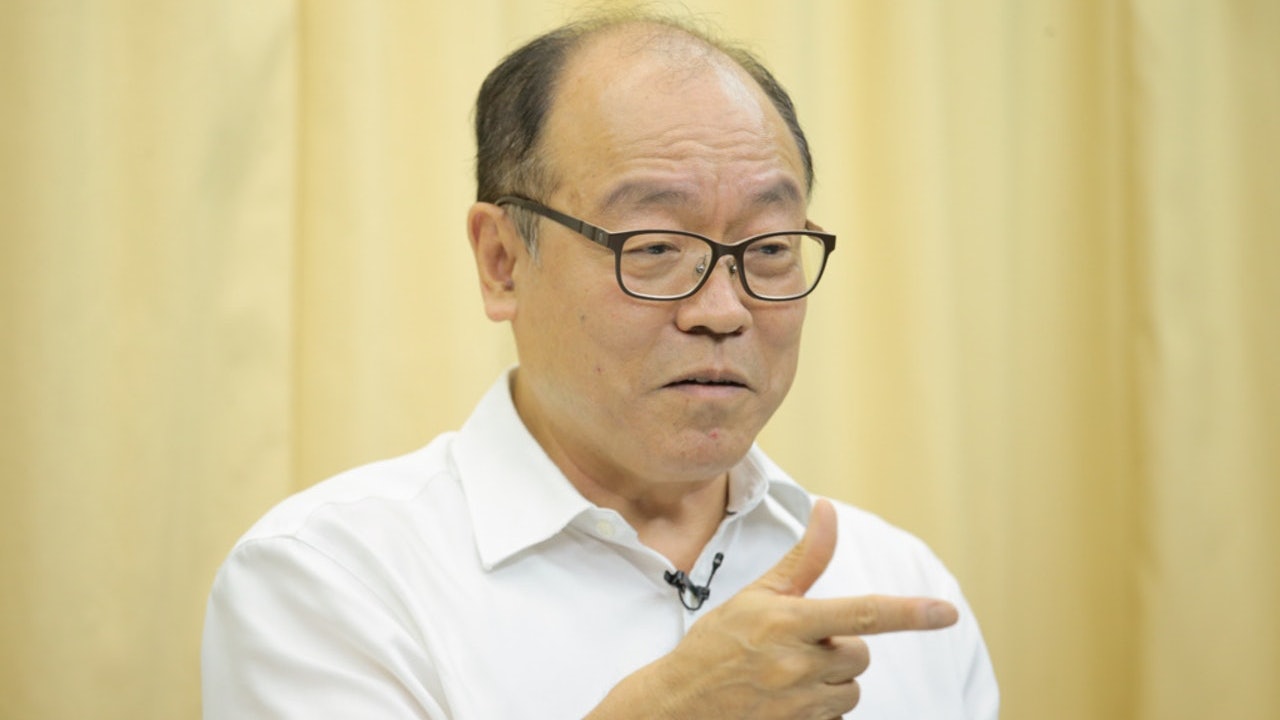 Electoral restructuring | Frederick Fung advocates that the democratic faction competes for resources. Will it be possible to stand in the election? 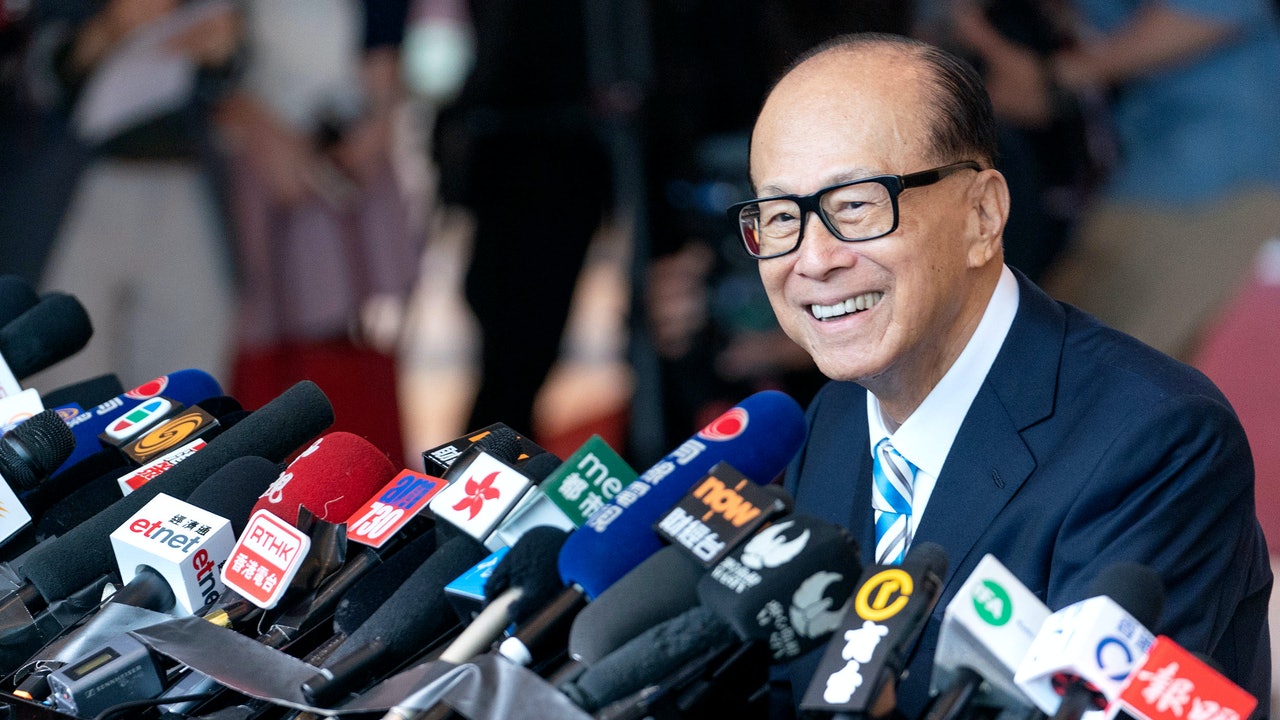 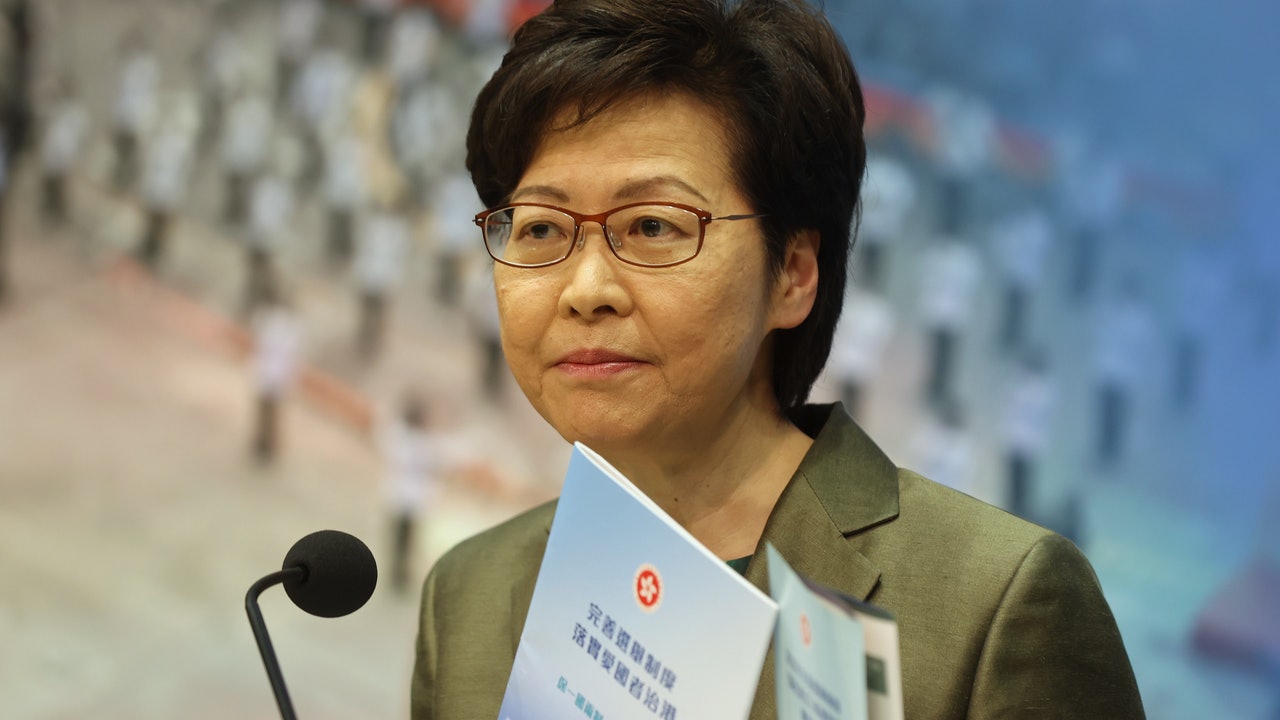 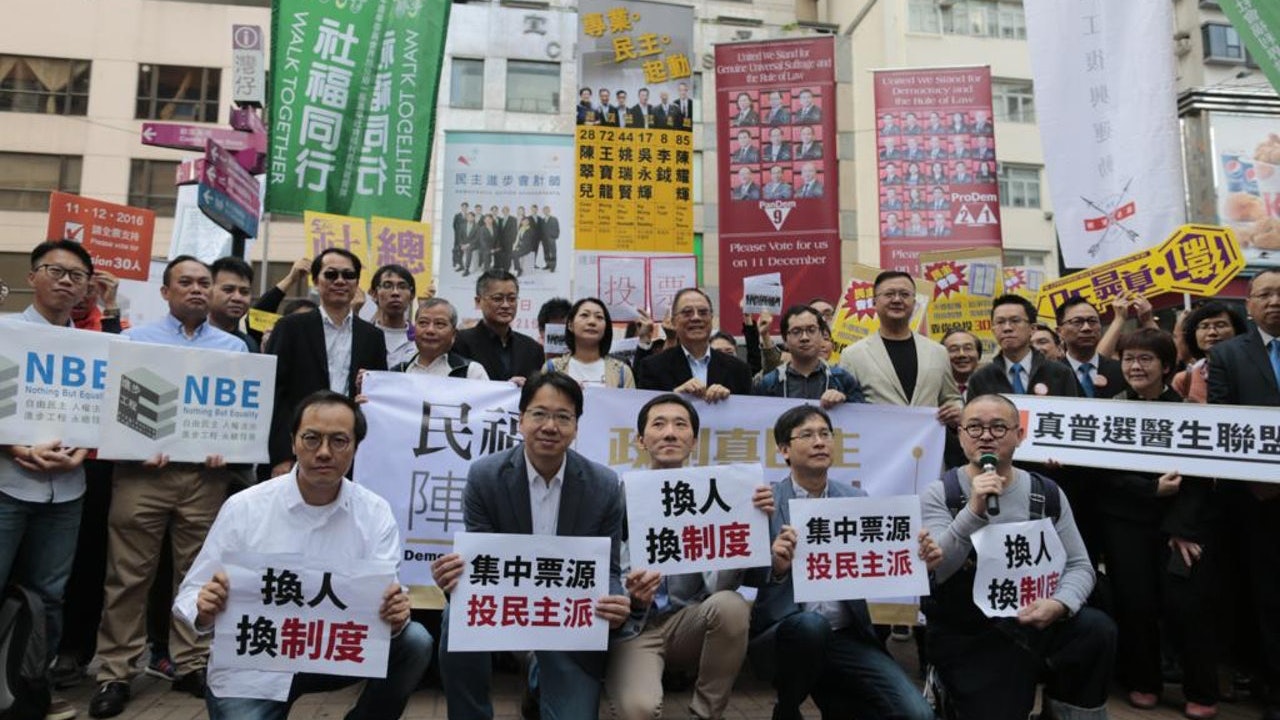 Election restructuring｜Pan-civil "vote warehouse" serials were demolished, Man and Man and Chen Manqi seized a seat in the legal profession 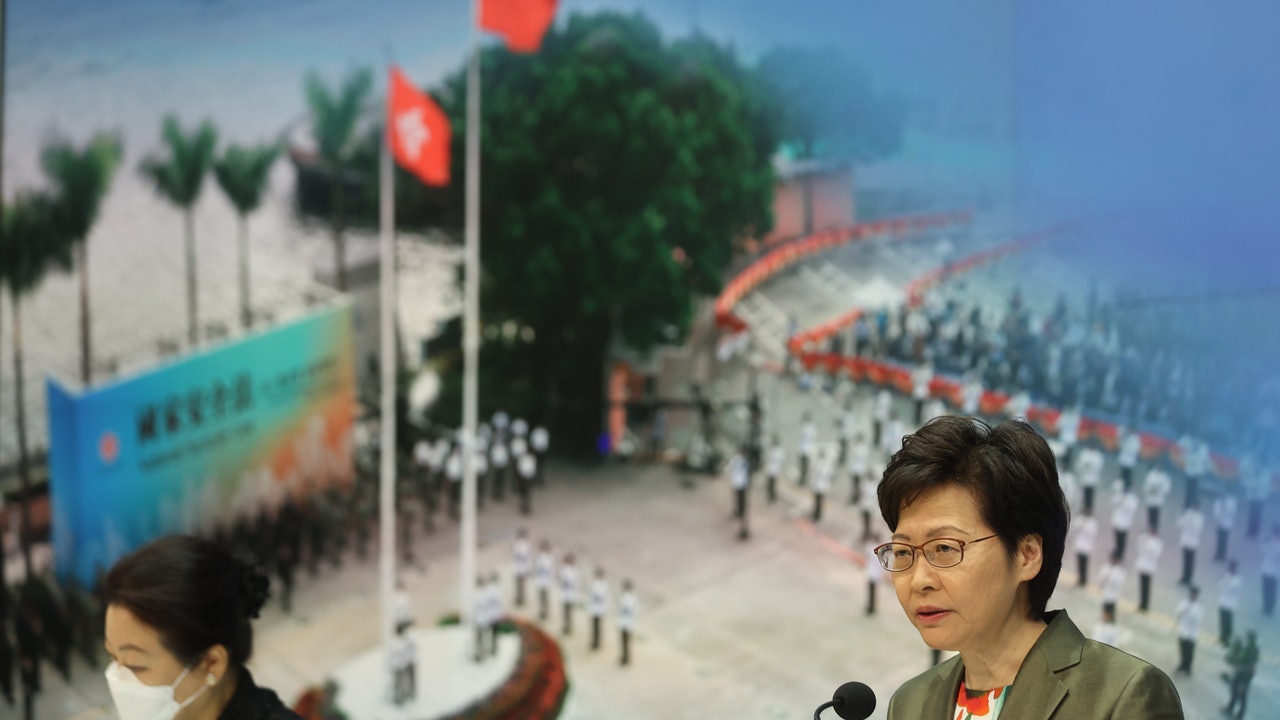 The committee members are appointed by the chief executive to decide not to sue Lam Cheng: no one can cover the sky with one hand

Election restructuring ︱ The DQ of the Qualifications Examination Committee in one word? Carrie Lam: I believe no one can cover the sky with one hand