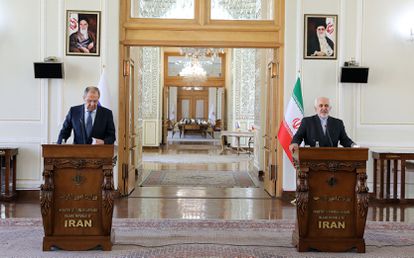 The visit of Russian Foreign Minister Sergei Lavrov to Tehran on Tuesday has allowed Iranian rulers to feel supported against the West.

Lavrov has accused the EU of undermining efforts to reactivate the nuclear deal over sanctions imposed the day before on various Iranian military and police officials for cracking down on popular protests in 2019. At the same time, Iran has announced that it will increase enrichment of 60% uranium in response to the sabotage of its Natanz plant - the country's largest - a way of increasing pressure on negotiations.

Lavrov has declared himself "stunned" by the decision of the European Union to prohibit entry into European territory and freeze the assets of eight Iranian officers, including the head of the Revolutionary Guard, General Hosein Salami.

“If there is no coordination in the EU, and the right hand does not know what the left is doing, it is a disaster.

But if this decision was made deliberately in the middle of the negotiations (…) it is a mistake that, as you know, is worse than a crime, ”he said during a press conference to the pleased expression of his Iranian counterpart, Mohammad Javad Zarif.

The European sanctions, announced Monday afternoon, come just as the EU has been instrumental in launching the Vienna talks on the future of the agreement signed in 2015. Brussels and Moscow have worked together to preserve that pact since the former president Donald Trump decided to abandon it in 2018, a rare example of cooperation between the two, at a time when relations are at a minimum.

Lavrov has expressed his conviction that "the agreement can be saved" and has once again urged Washington to take the first step by lifting its sanctions "in compliance with the corresponding UN resolution."

But the difficulties that the negotiators of the United States and the countries that still remain in the pact (in addition to Iran, Germany, France, the United Kingdom, Russia and China) are going to encounter this Wednesday when they return to Vienna have been further complicated with the sabotage suffered on Sunday in Natanz, one of the main Iranian nuclear facilities.

Tehran has informed the International Atomic Energy Agency (IAEA) that it will start enriching uranium to 60% immediately in reaction to that attack.

This is another step in what he calls "corrective measures" in response to the abandonment of the agreement by the United States, precisely those that Washington requires it to reverse in order to lift the sanctions.

According to the head of the Parliament's Research Center, Alireza Zakani, thousands of centrifuges (the machines that enrich uranium) were damaged and the plant was rendered useless for the process.

Iranian chief negotiator, Deputy Foreign Minister Abbas Araghchi, told PressTV that his country is not only going to replace the affected centrifuges, but is also going to install another thousand with 50% more uranium enrichment capacity.

From this process, nuclear fuel is obtained which, depending on its degree of purity, both serves to produce electricity (3% -4%) and the fissile material for an atomic bomb (90%), something that Iranian spokesmen have always denied. make it your goal.

In the nuclear agreement it signed in 2015, the Islamic Republic agreed not to exceed 5% purity and to limit the number of centrifuges (to no more than 5,060 of the basic model until 2026).

But since a year after Washington's withdrawal from the pact, Tehran has been reducing its commitments in a calculated way so that none of its steps would unleash the dispute resolution mechanism and the reinstatement of European sanctions.

In fact, the IAEA said in June 2020 that Iran was violating all the restrictions of the nuclear deal.

And in January of this year, it was already enriching uranium to 20% purity at the Fordo plant.

In this context, the Iranian announcement to increase the degree of uranium enrichment constitutes another measure of pressure before the negotiations rather than a change in their trajectory.

Their spokesmen maintain that they will reverse those measures once the United States removes all sanctions in a verifiable way. 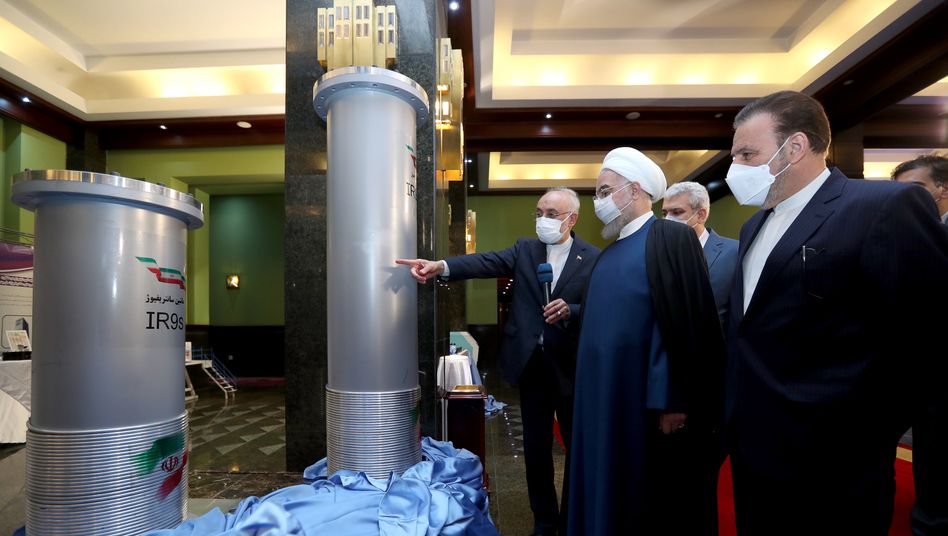 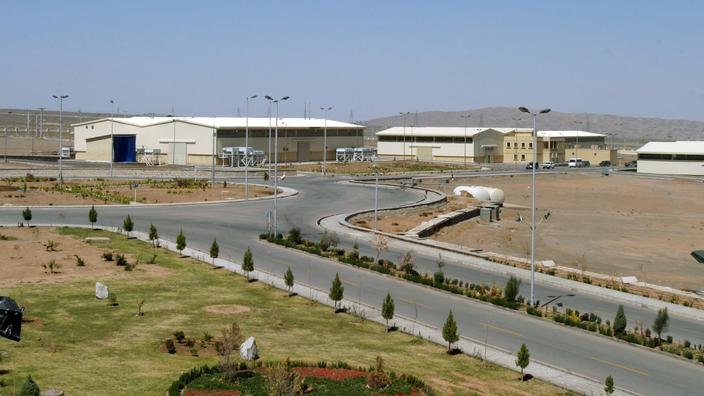 Nuclear: recent developments in Iran "not positive" for negotiations, according to Berlin 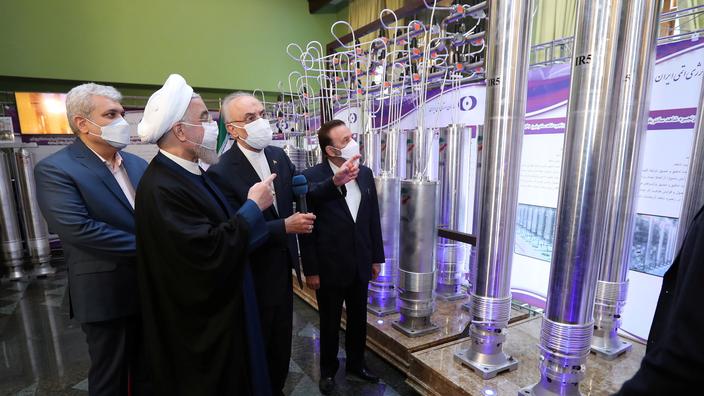 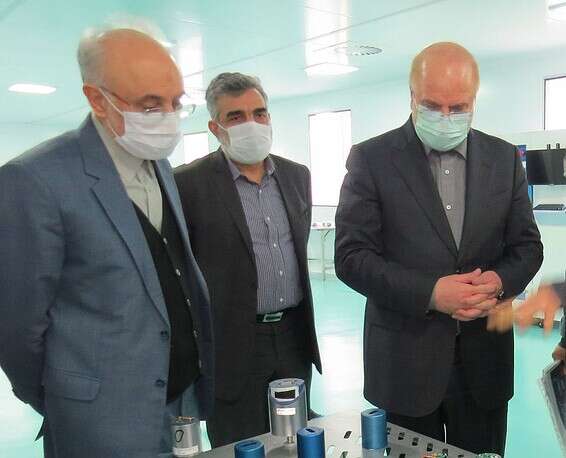 Iran in a message to the United States: "Reject any change in the nuclear agreement" | Israel Today 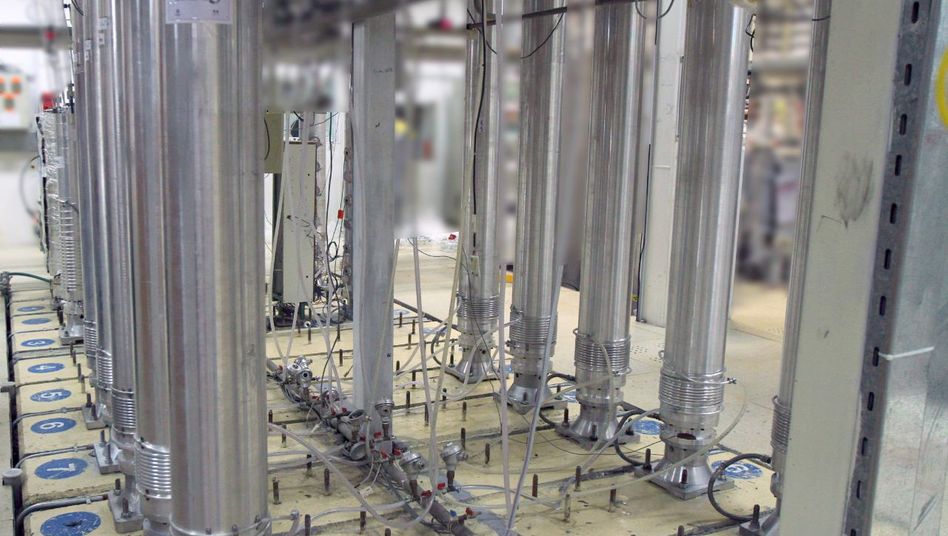 After the incident in the nuclear facility: Iran wants to enrich uranium more