NBA: Stephen Curry in the legend

The point guard, author of 53 points, became the leading scorer in Warriors history, overtaking the legendary Wilt Chamberlain. Philadelphia, carried by Embiid, won in Dallas to regain the lead in the East, while Utah, leader in the West, fell at home against Washington. He had to register 19 points to overtake the illustrious Chamberlain and his 17,783 points in the Warriors jersey.

Curry did it in less than ten minutes in the first quarter, to finish with 53 in total and a great victory against Denver (116-107).

The brilliant point guard had long since entered the history of the franchise with three coronations and two finals in five years (2015-2019), but he continues to sparkle at 33 years old.

This is the seventh time he has managed a game with at least 50 points and 10 baskets behind the arc.

With this basket, @ StephenCurry30 becomes the best all-time scorer of the Golden State @Warriors!

He's the only player with more than one.

Nothing can cool off the @warriors all-time leading scorer. @ StephenCurry30: 53 PTS, 10 3 PM#DubNation#PhantomCampic.twitter.com/cOKxyB6tH0

This magical evening was unfortunately tarnished by the injury to the left knee of Jamal Murray, causing the greatest concern among the Nuggets, 4th in the West who would be severely penalized in the event of a long absence.

It was on an action 50 seconds from the end, when the match was already lost (116-107 in the end) that the Canadian player suffered terribly.

Taking a push on his left leg at full speed to rise to the basket, his knee did not hold and he then collapsed under the backboard.

The talented point guard from Denver twisted in pain while holding his knee, then after long seconds, he was able to get up, helped and supported by two members of his staff.

He insisted on hopping back to the locker room rather than being brought there on a wheelchair.

Big scare for Jamal Murray, released after injuring his knee against the Warriors ...

We hope the Canadian is doing well!

“He had just come back, after four days of absence because his right knee was bothering him ... It's a terrible feeling.

Keep Jamal in your thoughts and prayers and hope we have good news, ”his coach Michael Malone reacted after the match.

According to ESPN, the Nuggets' second-best scorer (21.3 pts, average), behind Nikola Jokic, was to undergo an MRI (magnetic resonance imaging) overnight to determine the severity of his injury.

A rupture of the cruciate ligaments, the most feared diagnosis, would mean the end of his season and a removal from the parquet floors for a period of six months to a year.

Utah and Donovan Mitchell, author of 42 points (6 assists) tried everything in the money-time, to erase the 14 points behind counted five minutes from the end, but the Wizards held on to win (125-121 ) and end a 24-game home winning streak for the Jazz.

This success, they owe it to the coolness of Russell Westbrook, author of two important baskets in the last two minutes, who came to perfect his 23rd triple-double of the season (25 pts, 14 assists, 14 rebounds), the 169th of his career. now twelve units off Oscar Robertson's historic record.

The other star of the team, Bradley Beal was also leading (34 points), consolidating his status as the league's top scorer.

On the Jazz side, Bojan Bogdanovic was also prolific with 33 points and Rudy Gobert scored as many points as he picked up rebounds (12), but it was in defense that they lost this match, leaving the Wizards to shoot at 52.2% success rate.

This defeat allows the dolphin Phoenix, winner of Houston (126-120), to get closer slightly.

When Joel Embiid goes, everything usually goes for Philadelphia.

In Dallas, the pivot, serious contender for the title of MVP, dominated the debates to offer victory to his family (115-93).

The Cameroonian managed 36 points (10/17 on shots, 7 rebounds in 26 minutes) decisive in the success of the 76ers who have always been ahead in the score.

The Mavs, without Kristaps Porzingis at rest, could count on Luka Doncic (32 pts), but the Slovenian prodigy was too lonely.

With this victory and the postponement of the Brooklyn game in Minneapolis, after the death of a young black man, Daunte Wright, during his arrest on Sunday, the Sixers are the only leaders in the East.

They will have to confirm it precisely against the Nets on Wednesday in a shock at the top.

Before the kick-off in Florida, the two teams, their staffs and the refereeing corps formed a circle in the middle of the field, arms intertwined and heads bowed, in reaction to the drama in Minneapolis.

Two days after their resounding victory in Brooklyn, claiming their succession, without LeBron James (ankle) or Anthony Davis (calf / Achilles tendon), the Lakers still deprived of the duo-star, could not do the same. the other side of the East River, defeated by the Knicks (111-96).

This is Julius Randle (34 pts, 10 rebounds), a former LA who was the executioner of the reigning champions, assisted by Elfrid Payton (20 pts) and Derrick Rose (14 pts).

Opposite, Dennis Schröder (21 pts, 6 assists) was the only one to float.

The pivot Andre Drummond, dominant against the Nets (20 pts, 11 rebounds) this time did not weigh offensively (3 pts, 10 rebounds).

The lakers remain 5th in the West.

With this 3rd success in a row, NY is approaching 7th place for Boston in the East.

Sport on video: Bayern Munich training in the snow before facing PSG on Tuesday 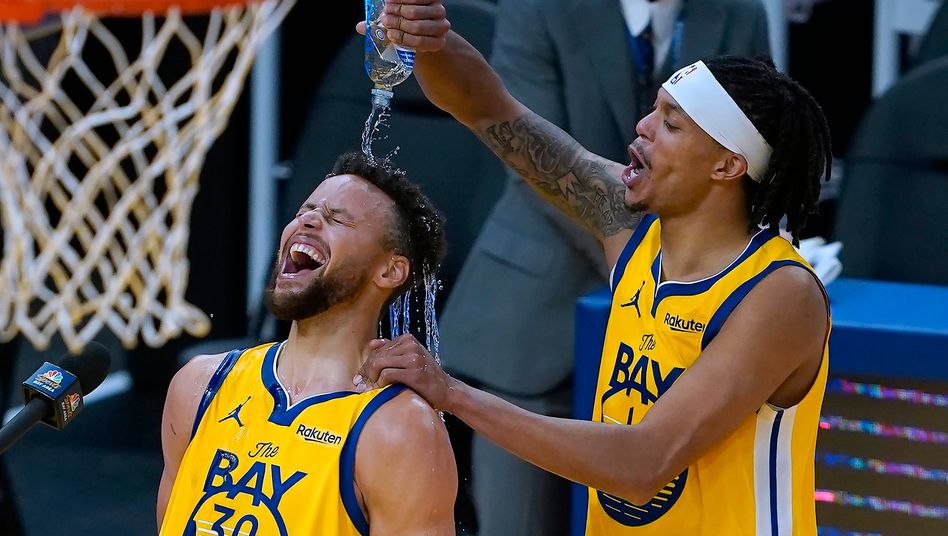 Stephen Curry scores 62 points: "I love everything this game has to offer" 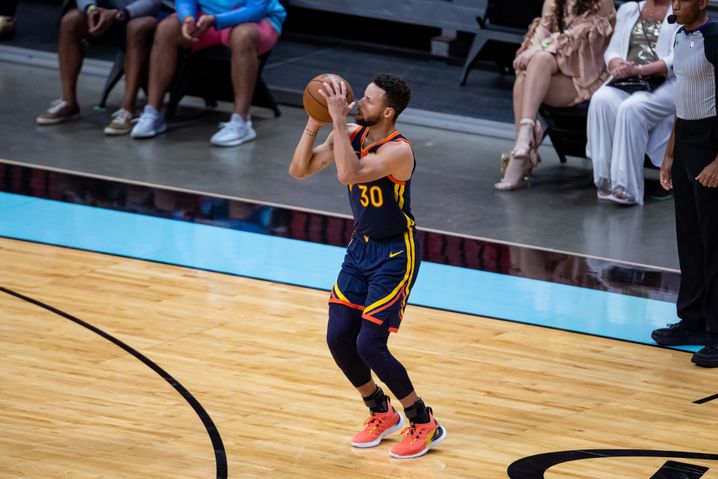 Stephen Curry of the Warriors: The NBA's Elixir of Life 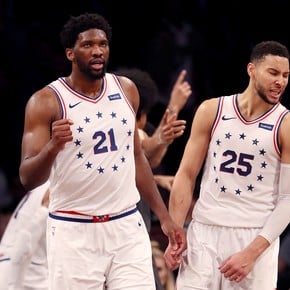 NBA: the best moments of the All Star Game in video and in French version