Pemex hinders Mexico's economic growth, according to a study by Rice University

The federal government has spent 1.1% of GDP on economic support for the pandemic. In comparison, it is estimated that it will spend 1.4% in support to the state oil company 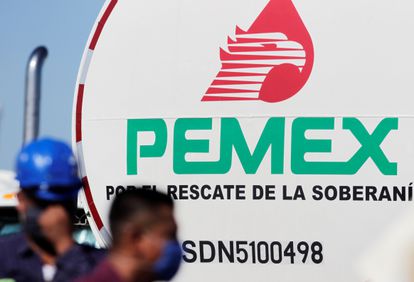 A logo of the Mexican state oil company Pemex on the Cadereyta refinery.DANIEL BECERRIL / Reuters

Oil has ceased to be an economic pillar for Mexico due to the burden represented by the state-owned company Petróleos Mexicanos (Pemex), according to two Central Mexico academics at the Baker Institute of Rice University in Houston, Texas.

Academics Tony Payan and José Iván Rodríguez-Sánchez outlined that the results of investments by the federal government, part of President Andrés Manuel López Obrador's strategy to preserve the state's monopoly in the energy sector, have been “catastrophic”.

While the Government has invested 1.1% of gross domestic product (GDP) in economic stimuli to overcome the pandemic, experts estimate that support for Pemex this year will be 1.4%.

"The recovery of the Mexican economy in 2021 depends largely on the fate of this company," they warn.

“López Obrador has bet on the company to generate economic growth through the assumption that oil production could increase.

That has not been the case, ”the academics say in their report published on March 9.

“If we add to this that the federal government has heavily subsidized Pemex so that it can continue to operate as it has been up to now, without investment plans or the development of new technology, the results are catastrophic.

On the one hand, oil production has declined in recent years and, despite the government's promises, it has not increased at all in the last two years.

The Government also does not have a strategic business plan to avoid further losses or to refinance the company ”, the specialists added.

As proof that the money invested in Pemex is inefficient and does not generate revenue, Payan and Rodríguez-Sánchez point to the net losses of the company in recent years.

According to the results published by the company more recently, and which have not yet been consolidated as the official ones, it is estimated that Pemex lost 481,000 million pesos last year.

The company is the world's most indebted oil company with $ 110 billion in debt and its credit profile has deteriorated.

"If the federal government continues to support Pemex financially, it will seriously affect both the national economy and its fiscal soundness," the report says.

“Investing resources in Pemex is an inefficient use of money without positive effects on the economy, since there is no plan to restructure it financially.

If these resources were used to support businesses and individuals affected by the pandemic, the positive impact on the economy would be greater.

Even so, the economic rescue package for the pandemic has been one of the smallest in Latin America, with 1.1% of GDP.

It is estimated that support for Pemex in 2021 could cost about 1.4% of Mexico's GDP.

However, supporting Pemex through a deep restructuring would cost between 10 and 12 points of GDP ”.

“Thinking optimistically, Pemex could become an important input for the economy if oil prices rise dramatically, but this would also depend on the global recovery.

For now, however, it is a drag on the country's GDP, ”the authors assured.

Mexico's GDP fell 9% last year, the deepest since 1932. This collapse, according to Payan and Rodríguez-Sánchez, is mainly due to the government's public health response to deal with COVID-19, which they described as “ inadequate ”, as well as the absence of an economic stimulus response to address the effects of the pandemic.

"There is also a persistent problem of public insecurity and a growing climate of uncertainty for investors and companies due to the rhetoric and hostile policies of the federal government towards the private sector," they said, "at this rate, the recovery could take up to 2024 only to reach the economic levels of 2019 ″.

In addition to supporting the oil company with resources and tax reductions, López Obrador sent Congress a reform to the Hydrocarbons Law to strengthen Pemex and facilitate the suspension of permits to competing companies at the end of March.

If approved, the new law would go directly against the 2014 constitutional reform that opened the energy sector to private investment for the first time in 70 years.

The objective is "that the productive companies of the State play a more active role" in the face of private initiative, López Obrador explained at a press conference.

On Monday, the Federal Economic Competition Commission warned in a statement that some terms of the reform would affect competition in this industry, "which would increase the price paid by families and companies for final products."

"If approved, the Initiative would generate legal uncertainty for the participants in the hydrocarbon and petroleum chain, as well as open spaces for an artificial and unjustified restriction of the supply of their products and services to the detriment of Mexican consumers," the Commission assured.

Pemex hinders Mexico's economic growth, according to a study by Rice University 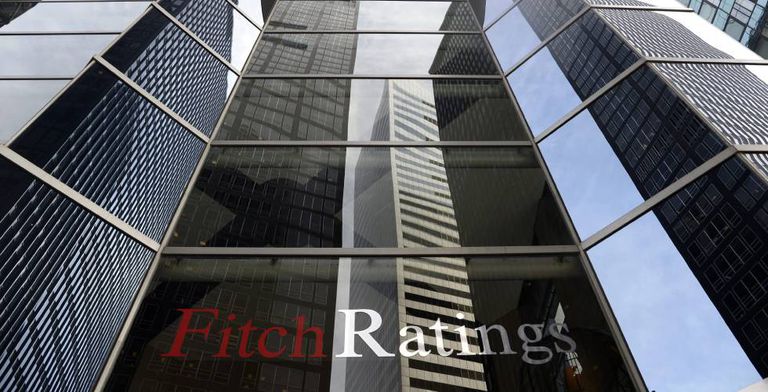 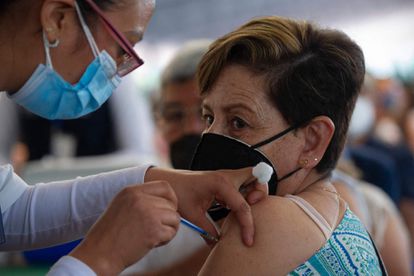 Mexico expects a growth of 5.3% of GDP in 2021 due to the boost of vaccination Post-Corona winner: the area around Munich and Berlin beckons strongest growth by 2030&nbsp;

Post-Corona winner: the area around Munich and Berlin beckons the strongest growth by 2030&nbsp;

Post-Corona winner: the area around Munich and Berlin beckons strongest growth by 2030&nbsp; 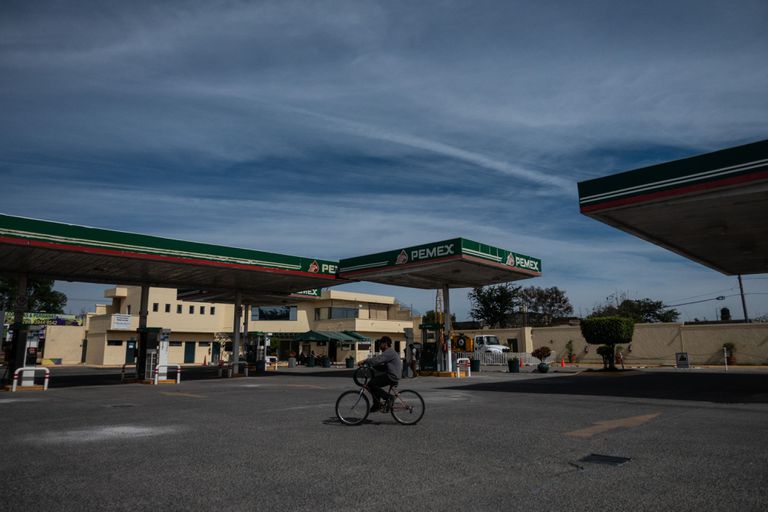 Pemex's production falls to historical lows during the last year 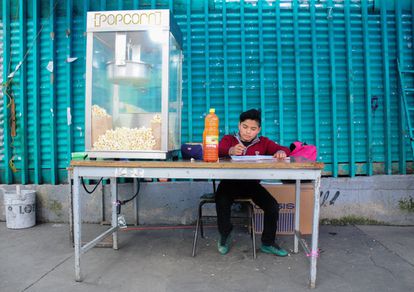