On Monday lunchtime, the question of the Union's chancellor seemed resolved - but the following day turned out to be dramatic. Markus Söder could achieve a coup. On Monday lunchtime, the question of the Union's chancellor seemed resolved - but the following day turned out to be dramatic.

Markus Söder could achieve a coup.

Berlin - The Union has had two turbulent days - a surprising outcome of the party internal K-question is possible: the interest of the two party leaders Armin Laschet (CDU) and Markus Söder (CSU) for the candidacy, which was unanimously expressed on Sunday, has initially waned Turned into a difficult to solve political puzzle in record time: Both applicants have their parties behind them - at the latest since Monday afternoon there has been debates and wrestling under high time pressure.

Because Söder - who wanted the CDU behind him for his candidacy for chancellor - was not satisfied with the vote of the CDU leadership.

On Monday he still demanded a “mood” from the “breadth of the parties”.

A first crucial date should be the meeting of the Union faction in the Bundestag on Tuesday: Laschet initially did not want to speak there - Söder saw it differently and forced the CDU leader to follow suit.

The meeting could now play a decisive role in the fight for the Union candidate for chancellor.

*, numerous MPs spoke up - at the beginning mostly in favor of Söder.

Laschet had meanwhile struggled for composure *, reported one participant from the group.

A turning point in the Chancellor's race seemed to be in the realm of possibility.

Söder could still achieve a risky coup on this detour.

According to various media reports, both politicians gave some pithy speeches in front of the MPs at the start of the round - the parliamentary group met in the Bundestag plenum to ensure the corona intervals.

According to the participants, hardly any concealed attacks could be heard:

"We don't need a one-man show," said Laschet after information from the dpa.

He also attacked Söder aggressively because of his proposal for a climate alliance together with Baden-Württemberg's Prime Minister Winfried Kretschmann (Greens).

This can be done at the state level.

But this is also dangerous.

"In the end, people vote for the Greens *," warned Laschet.

"We have to set our topics."

According to reports, Söder countered with an emphatically self-confident appearance.

“There is only one serious question: Do we want to win?” He is said to have called out to the MPs.

For this, not the most pleasant, but the best setup is necessary.

"It is people who decide elections

That is exactly why polls cannot be ignored.

"If the candidate for chancellor is not Markus Söder, then I will have to lead the election campaign largely alone in my constituency," said Freiburg MP Matern von Marschall, as

Other CDU elected officials reported threats to leave their constituencies if Laschet were to become a candidate for chancellor.

Marathon meeting in the parliamentary group could bring the preliminary decision

The crucial question, however, is what the final reaction of the MPs will be.

In the course of Tuesday, reports and statements circulated that could at least give Söder hope of a mood slump in his favor.

newspaper also reported on at least nine regional associations in which the pendulum swings in the direction of the CSU boss.

Some associations, including Berlin, Mecklenburg-Western Pomerania and Thuringia, also publicly reported sympathy for Söder in their ranks.

A marathon session was expected - following the debate on the K question, the parliamentary group also wanted to discuss the highly controversial Corona Emergency Brakes Act.

Group leader Ralph Brinkhaus (CDU) had joked in a press statement before the speech began that one had to be ready by noon tomorrow.

Then the booked room will be used for another meeting. 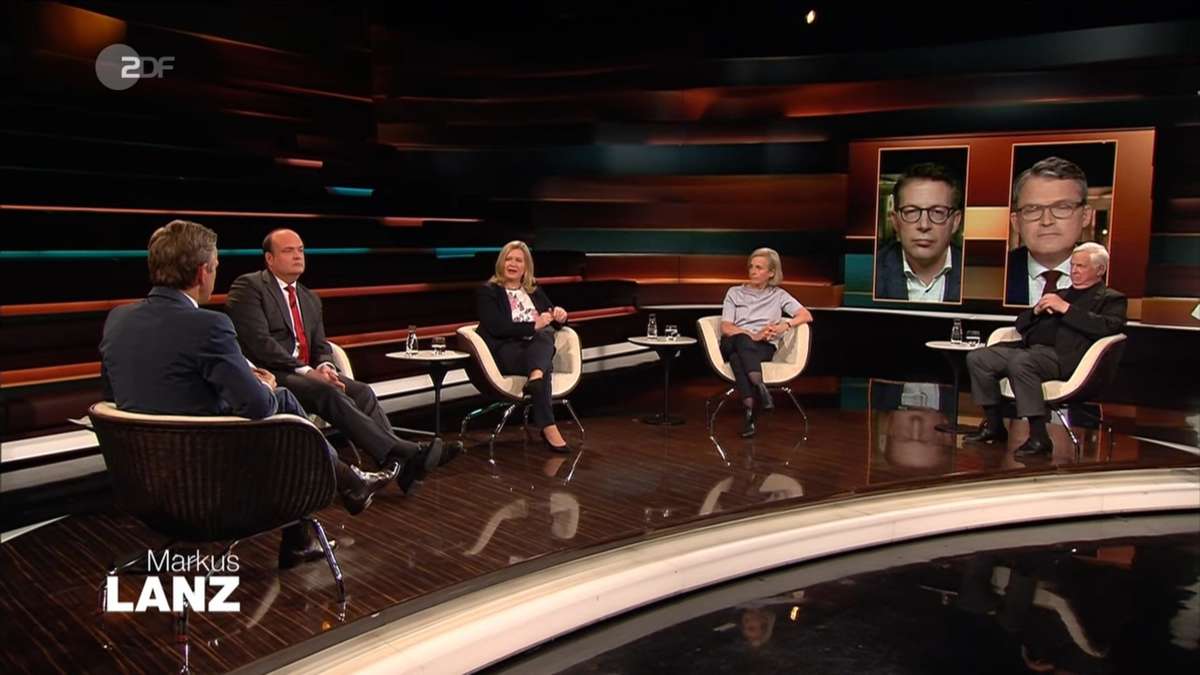 Union decides K question - but at what price? Chronology of a destructive candidate freestyle

Union decides K question - but at what price? Chronology of a self-destructive chancellor freestyle Tricky Chancellor Fight in the Union: "Söder does not have fair competition"