Read here a series of questions and answers about the pause in the use of the Johnson &amp; Johnson vaccine in the United States. 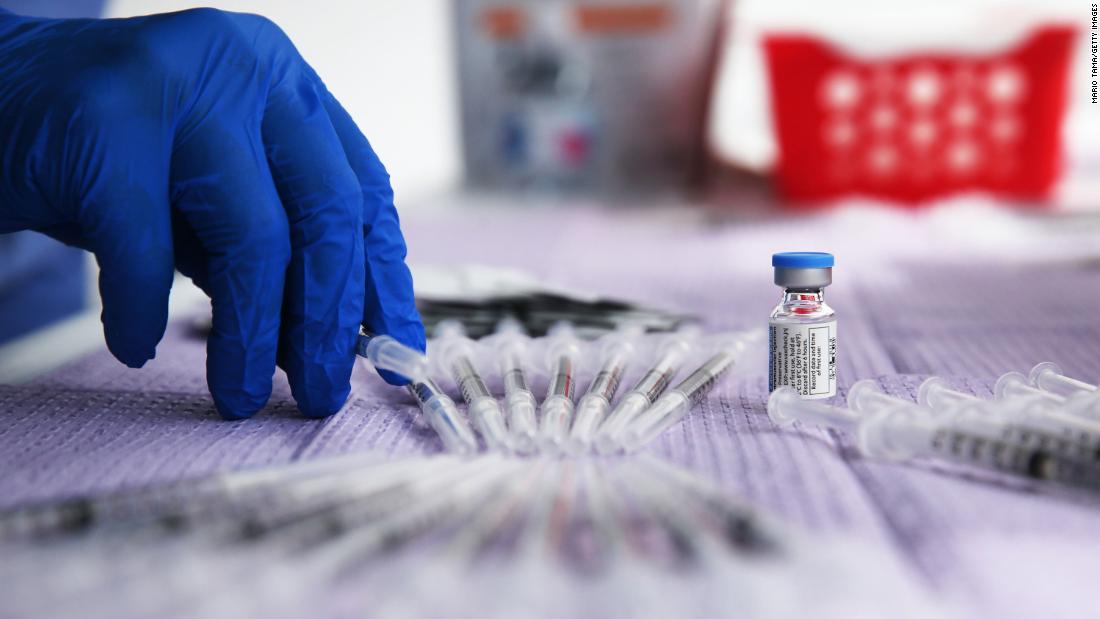 They recommend suspending the johnson & johnson vaccine against covid-19 2:02

So many Americans have been so focused for so long on getting vaccinated, attaining herd immunity, and moving beyond the covid-19 pandemic that news this Tuesday that US health agencies recommended pausing the use of a vaccine was a real low blow.

That's especially true for anyone, like me, who has rolled their eyes at a vaccine skeptic or encouraged friends, neighbors, and family to get vaccinated.

As a result, today I have not been able to focus on anything else.

Much of what is shown below was taken from CNN reports.

Also: any other day I would have written about President Joe Biden's decision to withdraw US troops from Afghanistan before 9/11, the 20th anniversary of the terrorist attack that precipitated the arrival of US troops.

Biden has concluded that there is no US military solution to the problems affecting Afghanistan.

Read about it here.

So what exactly happened to the Johnson & Johnson vaccine?

The Centers for Disease Control and Prevention (CDC) and the Food and Drug Administration (FDA) recommended that the United States discontinue use of the Johnson & Johnson vaccine.

This is the one-dose vaccine, which is easier to administer, so the pause is particularly frustrating.

They ask to pause the use of Johnson & Johnson vaccine 4:59

Why did they make this new recommendation?

There are reports in the United States of cases of a "rare and serious" type of blood clot in very, very few people.

This type of blood clot is not among the potential adverse side effects that were part of the emergency use authorization for J&J, according to the CNN report.

Government agencies want healthcare providers to have time to understand what the possible side effects are and how best to treat them.

How many people are we talking about?

Literally one in a million.

Six cases have been reported among more than 6.8 million doses of the vaccine administered in the United States.

Do we know for sure that the vaccine caused these blood clots?

The CNN medical team's guidance is that adverse events are not 100% linked to the vaccine, so at this point they are considered potential vaccine-related events or clotting events after vaccination.

Do we know more about the six cases out of 6.8 million vaccines?

The six cases of the blood clot that caused this pause occurred in women between the ages of 18 and 48.

Will the J&J vaccine be stopped?

No. What happens next is that a CDC advisory committee meets this Wednesday to review the cases.

FDA will use the CDC's review and conduct its own.

The two agencies recommend suspending use of the vaccine until that review is completed, "out of precaution."

How often should you get vaccinated against covid-19?

What does J&J say?

The company applauded the open communication from the CDC and the FDA and said in a statement that it would delay the launch of the vaccine in Europe.

He underscored the very small number of suspected cases.

Should you be scared if you got the J&J vaccine?

I would go on with my life, but I would be very in tune with my body.

If I have difficulty breathing, if my leg hurts, if I have a headache, and I am within two to three weeks of receiving the Johnson & Johnson vaccine, I would immediately notify my healthcare provider, ”said Dr. Carlos. del Rio, a distinguished professor of medicine in Emory's Infectious Diseases Division, during an appearance Tuesday on CNN.

Will the other vaccines also be paused?

No. There are no concerns at this time about the Pfizer or Modera vaccines that are licensed for emergency use in the United States, Dr. Anthony Fauci told reporters in Washington on Tuesday.

"If you look at history, look at what has happened with Moderna and Pfizer, you have literally tens and tens and tens of millions," said Fauci, who is the director of the National Institute of Allergy and Infectious Diseases.

"There have been no red alerts."

What else did Fauci say?

"I think this is an unusual occurrence of a serious adverse event that you want to make sure of before you go ahead, investigate it thoroughly, and that is exactly what they are doing," he said.

"They're pausing so they can look at it more closely."

This is what the White House says about Johnson & Johnson vaccine pause 1:50

Is there anything else we know?

Yes. The Oxford-AstraZeneca vaccine, which is not used in the United States but is used in Canada and much of Europe, uses technology similar to the J&J vaccine and its use was briefly stopped when authorities in Europe considered some cases of blood clots, mainly among women under 60.

Was the vaccine permanently withdrawn?

The agency recommended that healthcare providers tell vaccinates to watch for symptoms for two weeks after vaccination.

There were reports Tuesday of Canada's first blood clot potentially linked to the Oxford-AstraZeneca vaccine.

How rare was AstraZeneca blood clotting?

The European Medicines Agency reviewed fewer than 90 cases and 18 deaths out of more than 25 million vaccines administered as of March 22.

How is the United States vaccination effort?

Millions of Americans get vaccinated every day.

Almost a quarter of the population (22.8%) is fully vaccinated.

That includes almost 30% of the population over the age of 18.

About 47% of people over the age of 18 have received a single injection.

How are the covid-19 cases going?

The United States has averaged more than 68,000 new cases each day for more than a week.

Hospitalizations have risen, despite the rise in vaccinations, because the B.1,1.7 strain we've been talking about, which is more contagious and sends more young Americans to emergency rooms, is now the dominant strain in The United States Florida and Michigan remain hot spots.

Will the United States divert more vaccines to these most contagious areas?

No. Even though Michigan Gov. Gretchen Whitmer, a key ally of the president, directly asked him for an additional vaccine during a phone call, the government will not divert further to those points.

What is your reasoning?

The variants that created the hot spots also exist in other states and could emerge faster than an additional vaccine would help, according to federal officials.

What should Michigan do?

The federal recommendation is to reinstall a landfill.

"The answer is not necessarily to give the vaccine," CDC Director Rochelle Walensky said Monday.

Why is the number of young people hospitalized increasing?

Will the governor "close things up"?

She may not have the power after the Michigan Supreme Court ruled last October that the governor had no authority to issue or renew COVID-19-related decrees beyond April 30, 2020.

Whitmer encouraged residents Friday to voluntarily take a two-week break from indoor dining, gatherings and school sports, but did not mandate those changes: "Policy change alone will not turn the tide."

Will people continue to trust vaccines after this increase in cases and the suspension of J&J?

A new effort is already underway to get Americans on board with vaccines.

Biden will appear with former President Barack Obama on a celebrity-filled hour-long Sunday special on NBC.

Biden will make comments, Obama will appear alongside Shaquille O'Neal and Charles Barkley and actor Matthew McConaughey will interview Fauci. 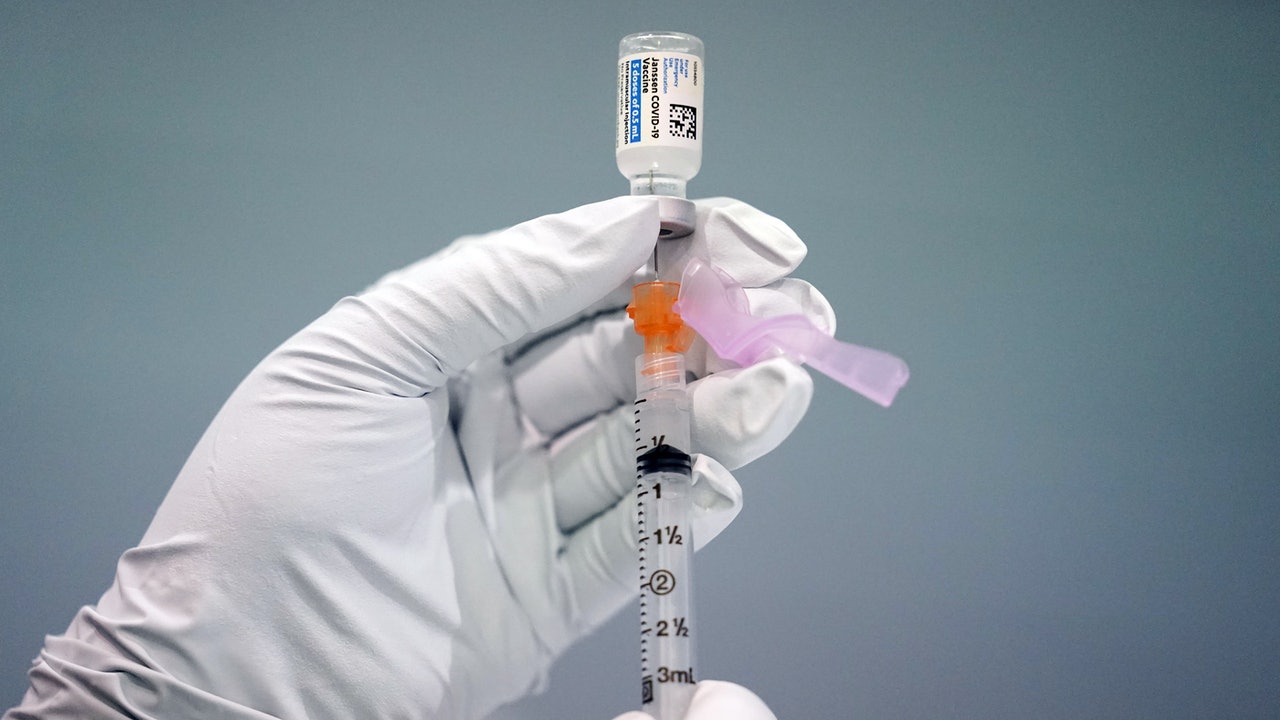 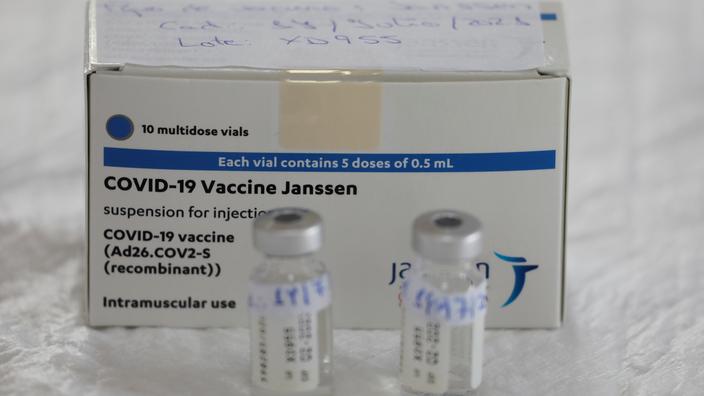 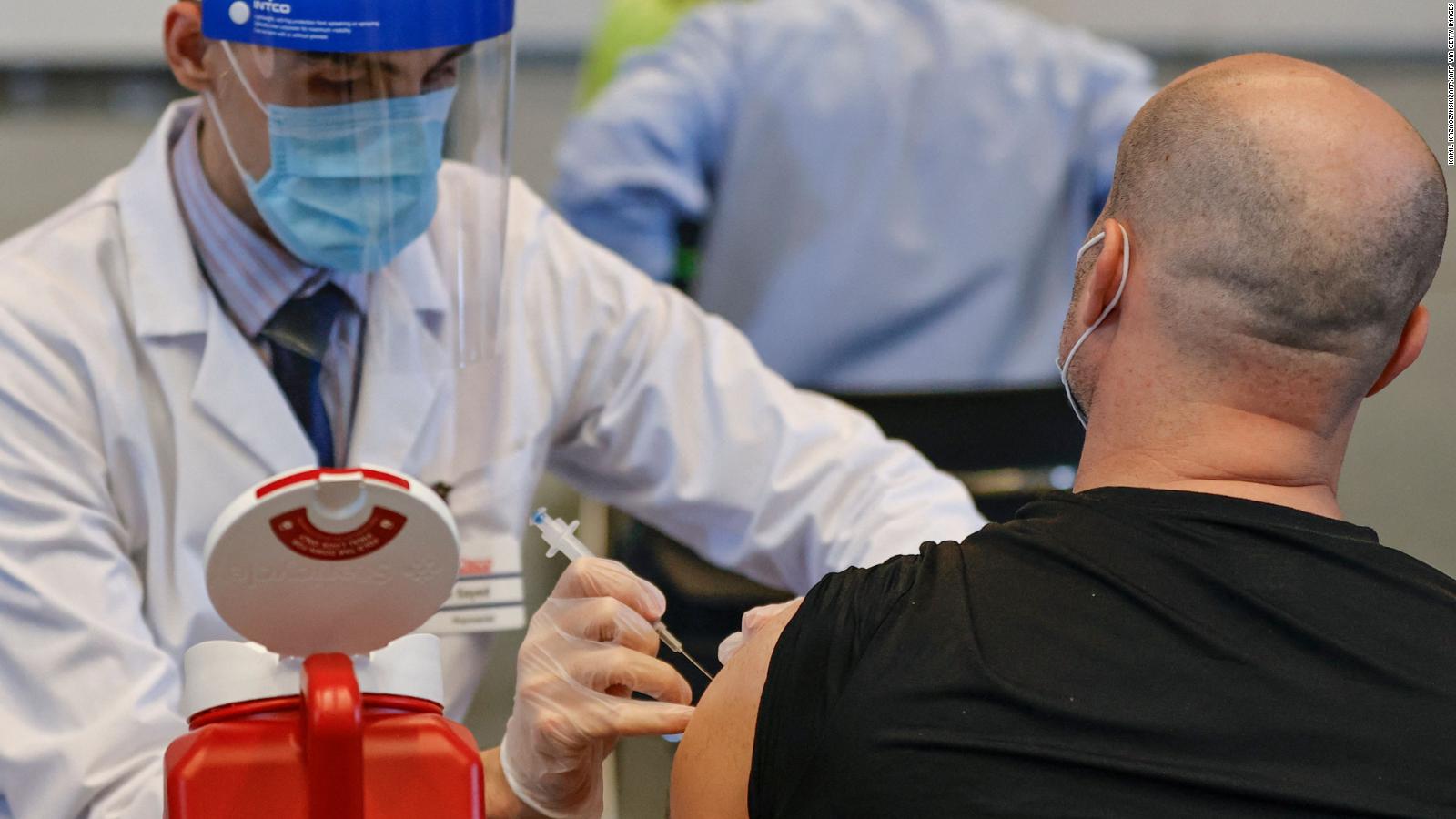 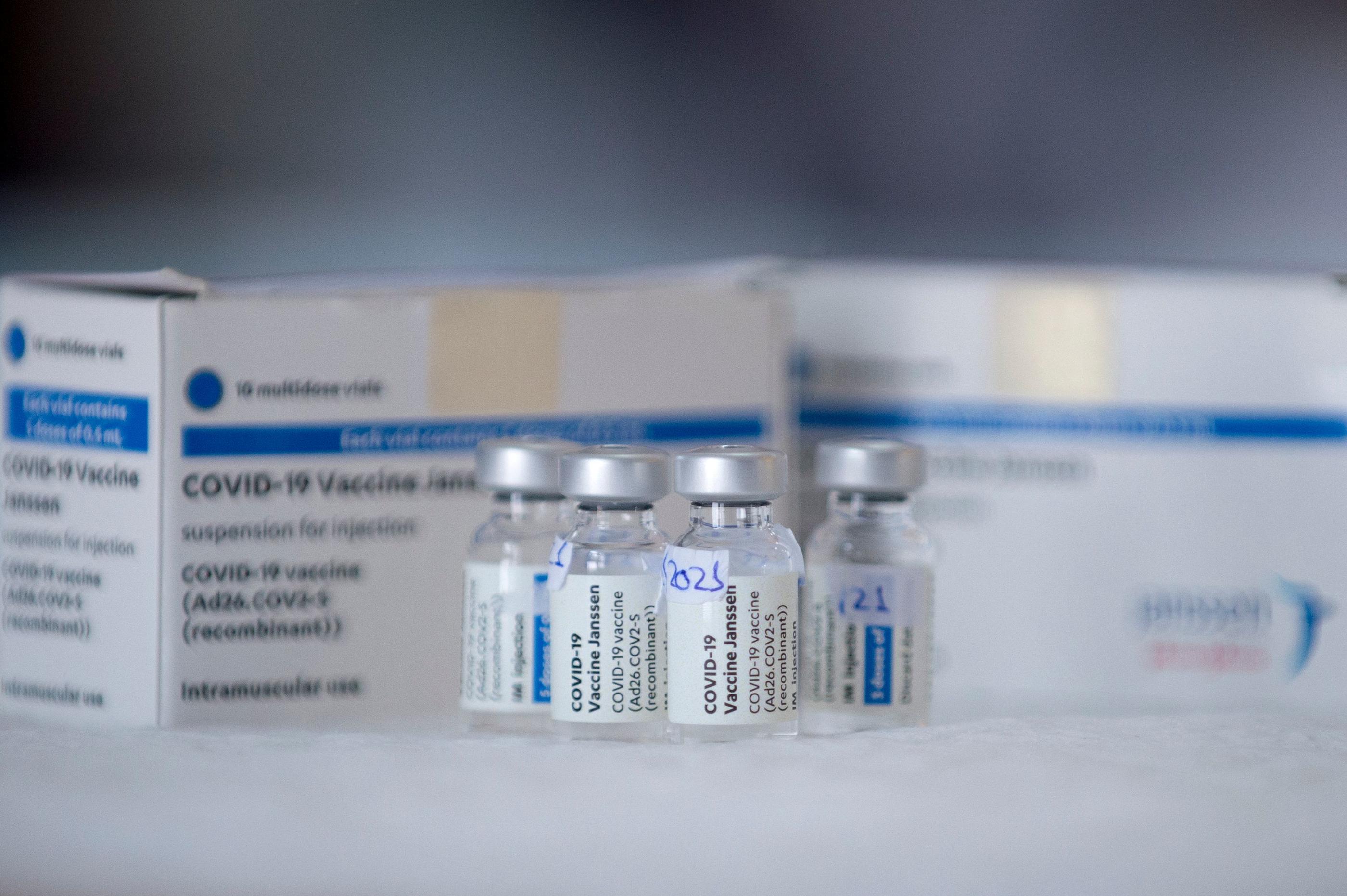 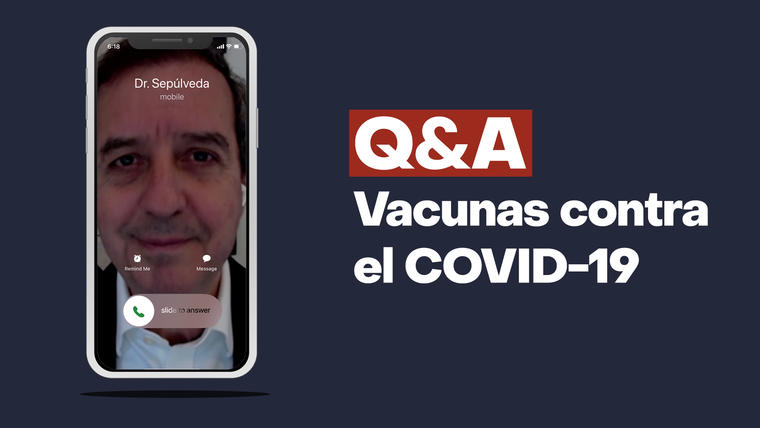