Iranian Foreign Minister Mohammad Javad Zarif called for an end to US economic terrorism against his country, pointing to the need for Washington to return to the nuclear agreement with Iran.

Fars News Agency quoted Zarif as saying in a tweet that nuclear terrorism in Natanz has started a dangerous cycle that can only be curbed by ending the economic terrorism established by former US President Donald Trump.

"The Biden administration has a clear choice, which is to return to the nuclear agreement," Zarif added, noting that there is no other alternative and that there is not much time left.

Iran's permanent representative to international organizations in Vienna, Kazem Gharib Abadi, described the sabotage act at the Natanz facility as an example of "nuclear terrorism", stressing that Tehran would take all necessary measures to preserve and defend its nuclear facilities. Rouhani: The US military presence is a major cause of instability in the region Zarif: Iran's reparative measures are a response to violations by Washington and the European Troika of the nuclear deal Zarif, addressing America and Europe: Address the reason for Iran to reduce its nuclear commitments Zarif: Washington’s return to the nuclear deal does not need negotiations 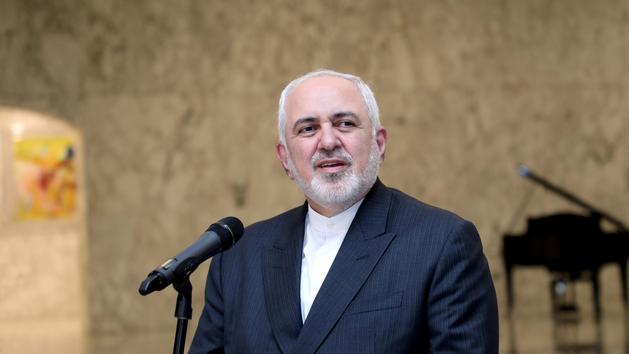 Nuclear: Iran ready to return "automatically" to its commitments Zarif: Europe's claims about our nuclear program are hypocritical

The Hague Tribunal: We have the authority to review US sanctions on Iran - Walla! News