The new crown pneumonia epidemic in Hong Kong has been repeated, and more variants of the virus have flowed into the community. Xu Shuchang, a government expert consultant and chair professor of the Department of Respiratory System of the Chinese University, revealed today (20th) that the recently confirmed Indian variant male 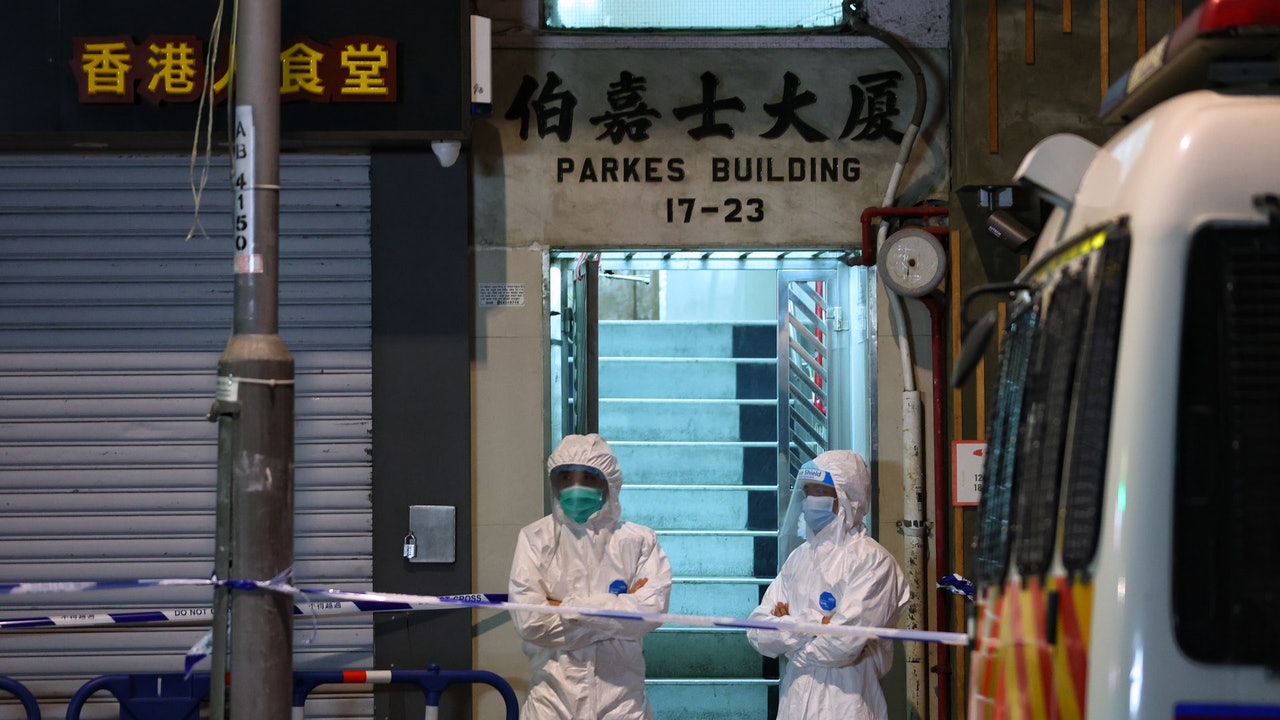 The new crown pneumonia epidemic in Hong Kong has been repeated, and more variants of the virus have flowed into the community.

Xu Shuchang, a government expert consultant and chair professor of the Department of Respiratory System of the Chinese University, revealed today (20th) that a male patient with the Indian variant virus confirmed a few days ago was initially tested with the South African variant virus strain "E484K".

He estimated that the man had two possible causes of infection, including the infection in India with a particularly long incubation period.

Another possibility is the spread of the hotel environment, but it means that the Department of Health has tested negative for the virus on the door handles and food hooks of the hotel quarantined by the man.

He believes that the man has a lower chance of being infected by the community. "If it is a community infection, there should have been many cases."

Xu Shuchang stated on the Hong Kong and Taiwan TV program Millennials today that the transmission of the variant virus is 60 to 70% high, which will increase the chance of community outbreaks. If people who have been infected with the new crown pneumonia are exposed to the variant virus, they will also be infected again.

A few days ago, a man from India was diagnosed with a variant virus and has been in the community for 8 days.

Xu Shuchang stated that the man was initially diagnosed with the South African variant virus strain "E484K". He also tested negative multiple times during the hotel quarantine period. It is estimated that his incubation period is particularly long, or he was infected in the hotel.

Therefore, he emphasized that it is not always possible to find out how the man was infected.

Xu Shuchang believes that although there is no transmission of the mutant virus in the community for the time being, it is uncertain whether an outbreak will occur. The former Indian male patient had been in the community and suggested that the government should pay attention to whether there are other South African mutant viruses involved within 14 days.

He believes that the government has responded quickly this time, including that all residents of the building where the man lived must be quarantined, and people who have been to the same place as him must also be tested, which I believe can reduce the risk.

When asked whether the new crown vaccine can deal with the South African variant virus, Xu Shuchang said that although the antibodies produced by BioNTech's Fubitai vaccine have fallen, it can still neutralize the disease; while Kexing does not have much data.

He also stated that the research published by Fupbite Vaccine Pharmaceuticals stated that in the follow-up of vaccinators for 6 months, in 800 cases in South Africa, vaccinated persons had not been diagnosed.

He emphasized: "If there is a vaccine for no reason, it is the most economical and effective way to produce antibodies."

Xu Shuchang responded that when a patient was diagnosed after receiving two doses of Kexing vaccine, he said that his condition was "not surprising," because after two doses of vaccine, the antibody level would have to be stable after 14 days.

As for some citizens who vaccinate different vaccines themselves, he suggested that if they want to try mixed injections, they should participate in the research of Hong Kong University.

As patients with the variant virus have visited Harbour City, people who have been in the Harbour City shopping mall in Tsim Sha Tsui on the 11th of this month are required to undergo mandatory testing.

Tsim Sha Tsui West District Councillor, Chen Ka-lang, stated on the same program today that between 10 am and 11 am yesterday (19th), 300 people were waiting in line for sampling at No. 3 Car Park in Harbour City, and Longwei had to wait for an hour and a half.

He once urged the public to go to other testing centers in the district, saying that the contractor "calls people to go to the first test after 11 o'clock."

He also described that there were ten rooms and nine empty rooms in Harbour City yesterday, and the shopping mall was quieter than usual.

A 31-year-old female patient was infected with the mutant virus and served as a nurse to help the patient draw blood. Cai Jiyou's female teacher certificate was false positive 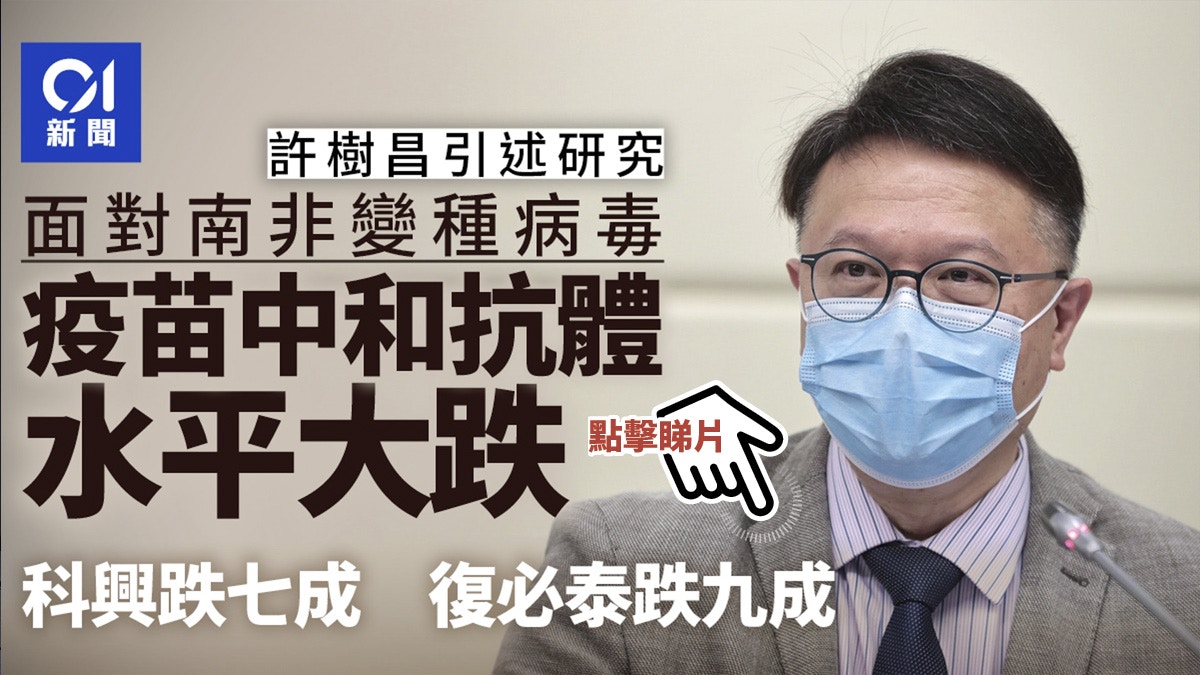 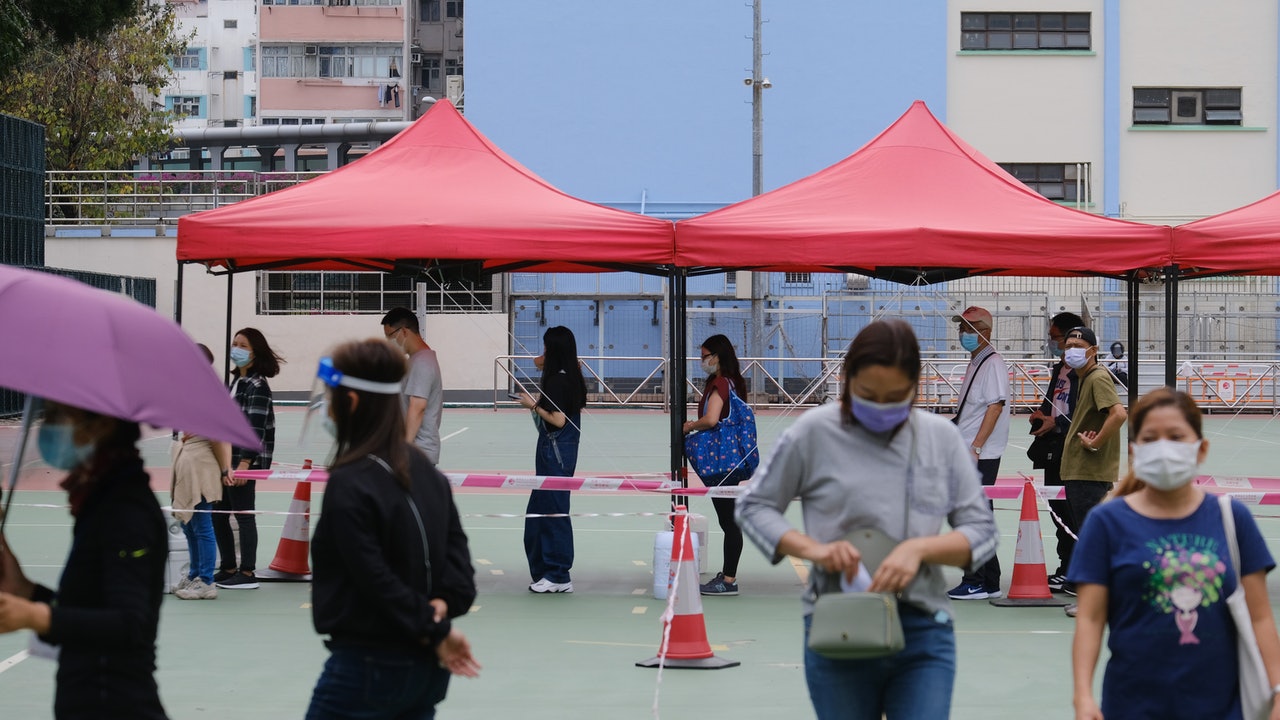 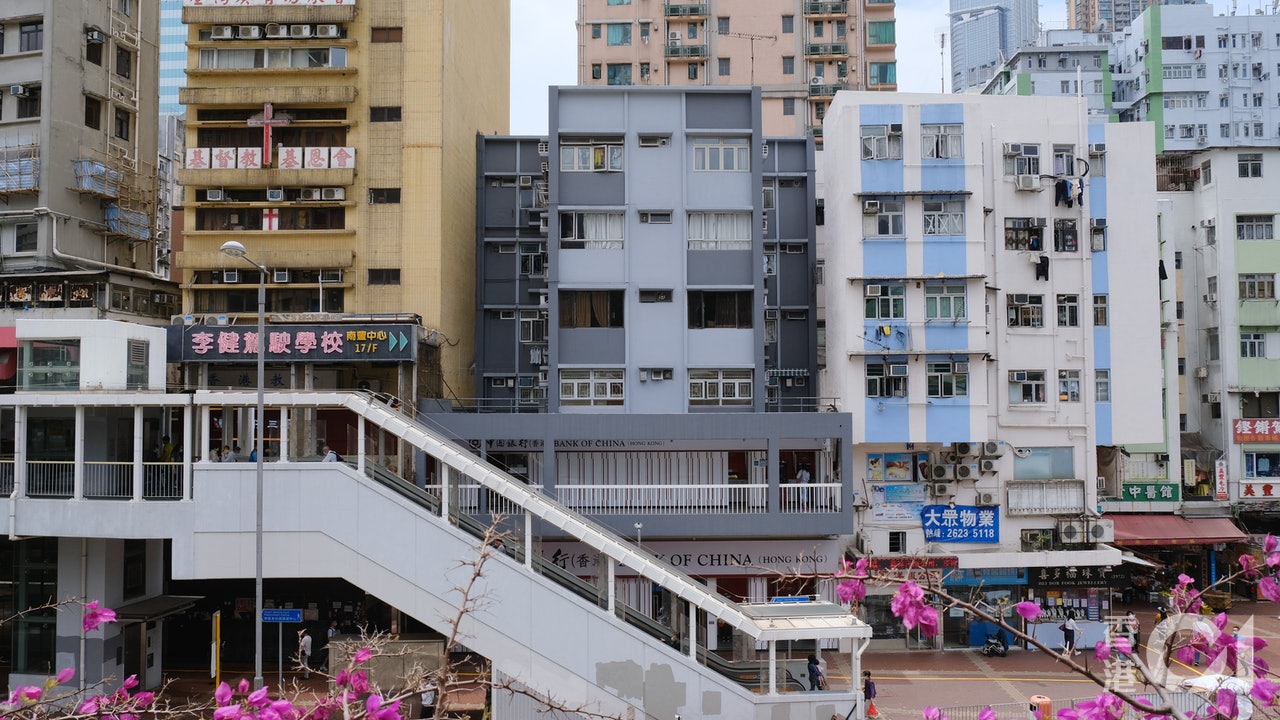 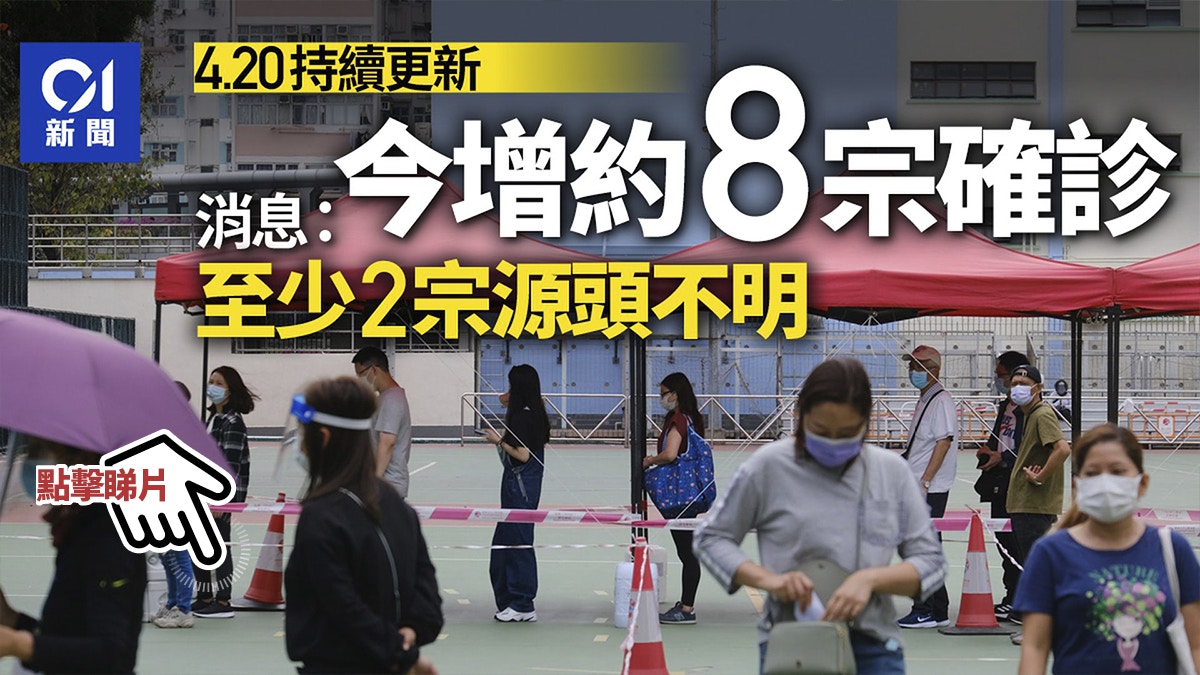 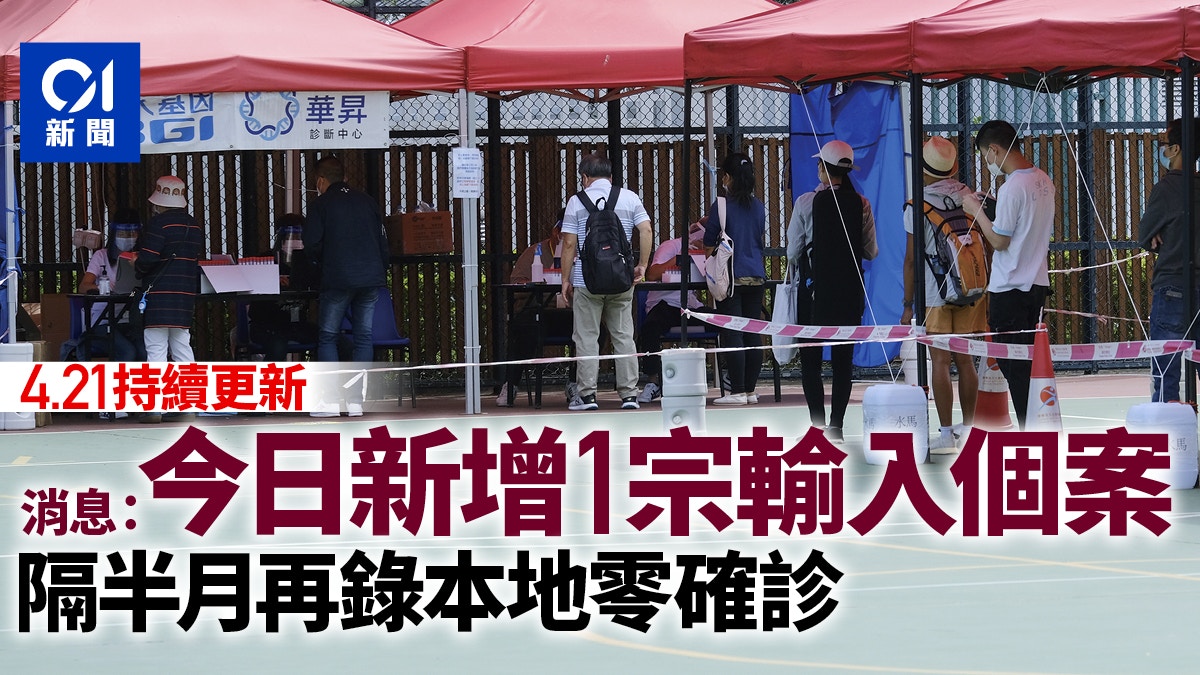 Coronavirus disease. Latest｜News: 1 more imported case has been recorded with zero local diagnosis every half month 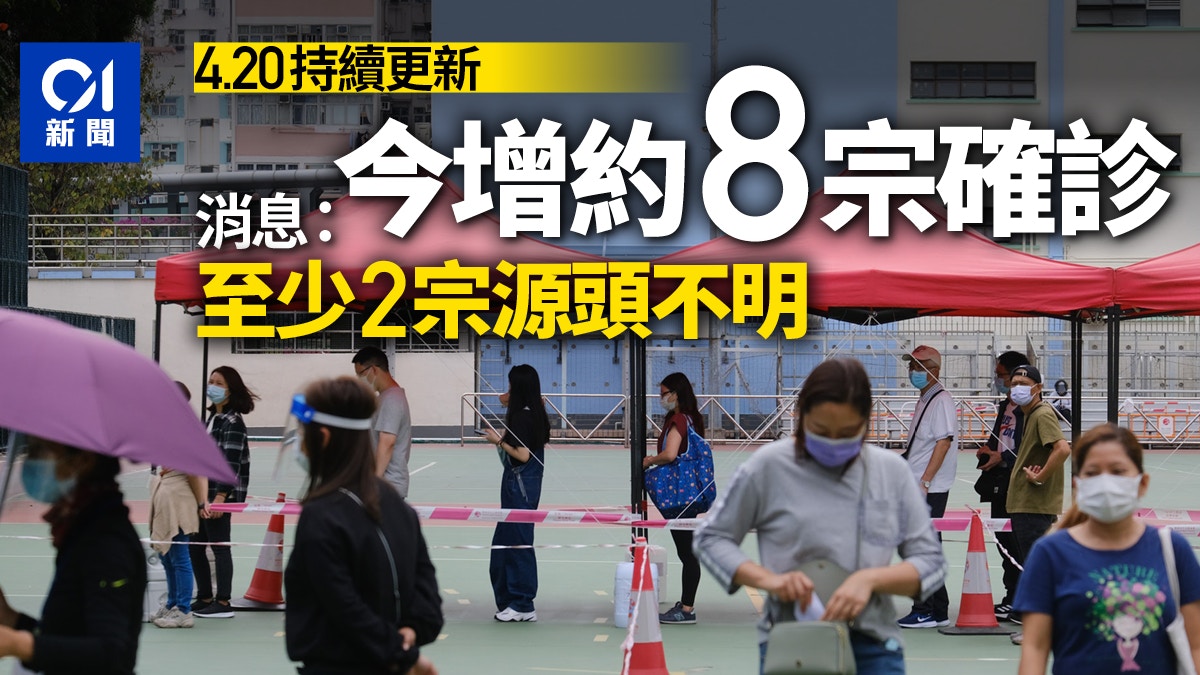 The tourist bubble bursts as soon as it blows? The Lion City pointed out that the restart date has not been set yet. Yao Sirong: Is there a misunderstanding?