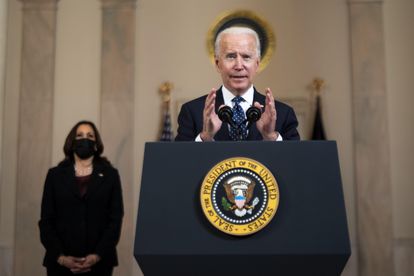 Barely more than two hours had passed since a jury in Minneapolis found the former agent guilty of the death of African American George Floyd.

"Systematic racism is a stain on the soul of the nation," said the president.

The Democrat recalled that it had taken almost a year - Floyd's death occurred on May 25 - for "a murder committed in broad daylight" to have a culprit convicted in court. The president declared up to three times: "enough is enough", that the violence exerted by some forces of order had to be put to an end and that Congress had to act to turn the legislation into law, which has already been approved by the House of Representatives, but languishing in the Senate. Biden also insisted that the law would make it much easier to prosecute officers who act with the misuse of force.

The president stressed that the US was facing "a moment of significant change" that should not be missed.

"George left us a few words that we must not forget: 'I cannot breathe," recalled the president in reference to the long agony of almost 10 minutes that Floyd suffered under Chauvin's knee.

"During her father's funeral his daughter told me that 'Dad would change the world.'

Today I tell him that his father has changed the world, ”declared Biden.

Before the president spoke, his

, Kamala Harris, acknowledged "America's long history of systematic racism" by calling some people "less human" than others. “They are parents, brothers, children, uncles, grandparents, friends, neighbors…” Harris said in reference to all the black men who live every day in fear of having a bad encounter with the forces of order. Harris said that "today we are aware of this racism due to the miracle of technology", due to the fact that a young woman recorded with her smartphone what happened that fateful May 25 on a street in Minneapolis.

Shortly before the appearance of both politicians, in the corridors of the court where the triple guilty verdict had just been read against the ex-police officer Chauvin, George Floyd's family gathered to receive a call. On the other end of the line, Biden was telling them that justice had been served. "We feel very relieved," said the Democratic president, who on Tuesday morning declared, not without controversy, that he prayed that the jury would reach a fair verdict.

In a video posted online by Floyd's family lawyer, Ben Crump, the voices of the vice president and the first lady, Jill Biden, join that of the president with a unique message. "Today is a day in which justice has been served in the United States," said Harris. As reported by the White House, Biden and Harris watched the verdict read live from the dining room next to the White House Oval Office. "I would like nothing more than to be there now to hug them," the Democratic president told them. Biden stressed the importance of the moment the nation was living. "America is a better place today," Biden said.

President Biden and VP Harris call the Floyd family after the GUILTY verdict!

Thank you @POTUS & @VP for your support!

We hope that we can count on you for the police reform we NEED in America!

Through a statement, Barack and Michelle Obama assured that this Tuesday "a jury in Minneapolis had done the right thing." "For nearly a year, George Floyd's death under the knee of a police officer has resonated around the world, inspiring murals and marches, sparking conversations and new legislation," the statement read. "But the basic question behind it was whether justice would be served," Obama writes. According to the former president, in Floyd's case justice had been done, but he clarified that if one is honest, it is known that true justice is much more than a simple verdict in a trial. "True justice requires that we recognize that black Americans are treated differently, every day," Obama wrote. “It requires recognizing that millions of our friends,family and fellow citizens live in fear that their next encounter with the forces of order will be their last, ”pointed out the first black president of the United States.

There were many emotional voices that this Tuesday saw in the Minneapolis verdict a victory against what they consider to be systematic racism.

The Speaker of Congress, Democrat Nancy Pelosi, thanked George Floyd "for sacrificing his life in the name of justice."

“Thanks to you, your name will always be synonymous with justice,” Pelosi wrote.

Raphael Warnock, the first black man to represent the State of Georgia in the Senate, declared on Capitol Hill that “hopefully this is the beginning of a turning point in our country that people who have experienced these traumas over and over again will know now that [African Americans] we have the same protection under the law ”.

Members of the Congressional Black Caucus insisted on their call for changes at the federal level regarding certain practices.

Through the bill they hope to pass into law, the Black Caucus aims to make it much easier to prosecute police officers when they act against the law and new restrictions are placed on the excessive and sometimes deadly use of force.

The law is named after George Floyd.

"Today I breathe in relief, today is the beginning of the beginning of a new phase in a long fight for justice to be done in America," said Rep. Karen Bass, a Democrat from California, who is the main author of the law. 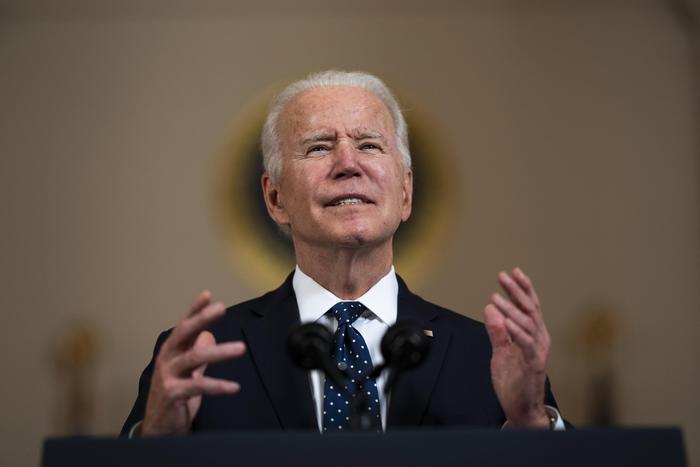 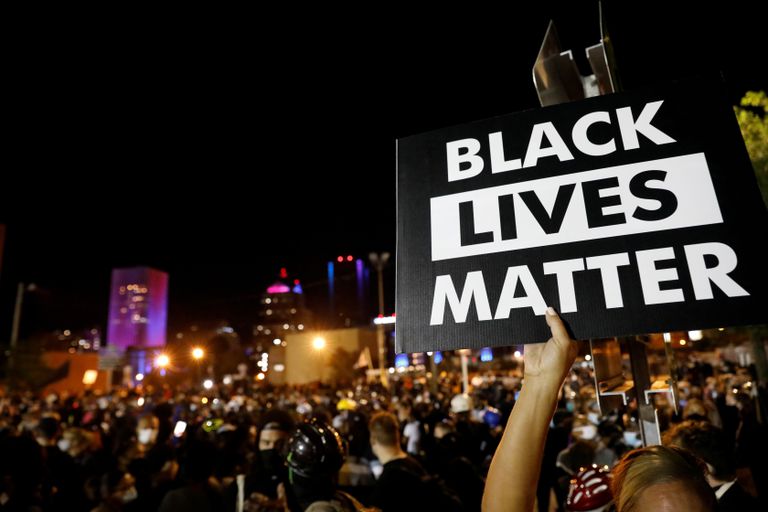 Biden Kicks Off His Agenda to End Systemic Racism 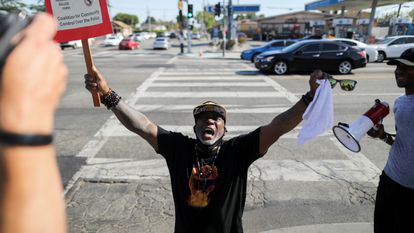 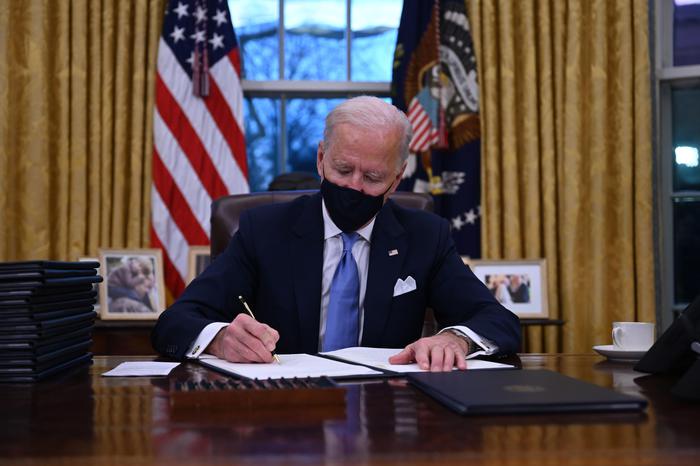 Biden: 'The challenges are vaccine, economy, but also racism' 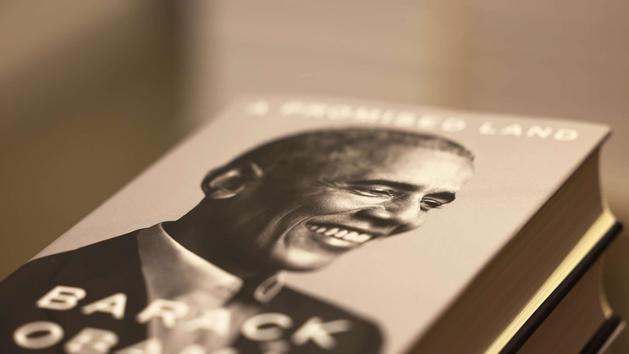 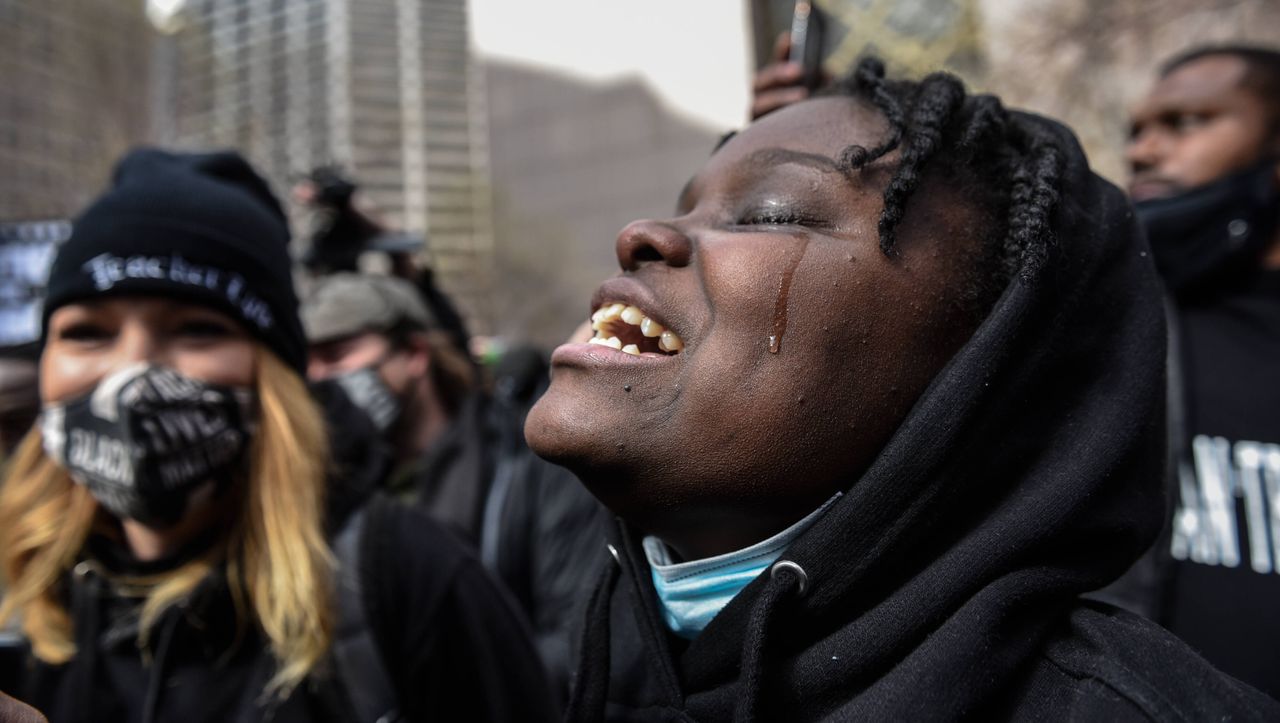