In Africa, many solutions can fly

The drone industry on the continent is developing and is deployed in sectors ranging from agriculture to humanitarian assistance to the transport of medical supplies. 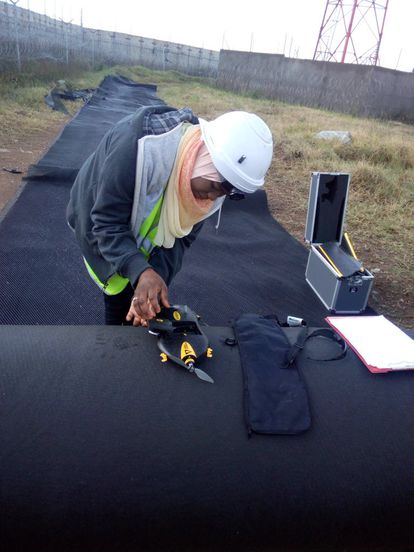 Note to readers: EL PAÍS offers the Future Planet section for its daily and global informative contribution on the 2030 Agenda. If you want to support our journalism,

Just a few days separate a story about the fall of a US army drone armed with a missile in Niger and the signing of an agreement for the delivery of vaccines through this same type of vehicle in Nigeria.

These two episodes demonstrate the wide range of functions that remotely piloted aircraft are called upon to play on the African continent, while the legal schemes for their use are being outlined and the benefits and drawbacks are assessed.

In her late thirties, Khadija Abdulla Ali has earned the nickname "the queen of drones" on the Tanzanian island of Zanzibar. She started five years ago as a volunteer for a mapping initiative of the island region promoted by the World Bank, and she already has a long and solid career. "I like working with advanced technology that can have enormous impacts in my community," says this graduate in Information Technology and Application Management. For this reason, after his first experience in collaborative mapping, he discovered possibilities: "The drones help us to better address the risks of floods, or the control of diseases such as cholera." "I bet on seeing the good side of technology," says the young pilot,offering lectures on the role of drones in emergency management.

The same attraction to cartography is felt by Grace Ghambi in Malawi, who shares with Khadija Abdulla Ali the experience of using remotely piloted aircraft in response to natural disasters.

“I have worked with Globhe (a global platform that coordinates the work of drone pilots in more than 80 countries) in the Chikwawa district of Malawi to collect data on people affected by the floods,” explains Ghambi, who remains passionate : "The ability to create valuable information from the data collected and know that you have made a difference is priceless."

For Ghambi, what the world needs, in general, and Africa, especially, is information and the data collected by drones helps to make better decisions, informed decisions.

For her part, from Rwanda, Mugezi Kelia is more interested in the impact of the use of drones in agriculture. “The most important contribution that drones can make in Africa is the modernization of agriculture, on a continent where more than 60% of the population are small farmers and around 23% of sub-Saharan Africa's GDP comes from the agricultural sector. Drones increase precision agriculture at a much lower cost and in a simpler way ”, he assures. Trying to explore these possibilities, Kelia has dedicated a significant part of her efforts to understanding the technology "both of the hardware and the software that allow vehicles to operate in line of sight but also outside of it."

Julie Makena knows the field of agriculture well. She is an engineer and director of security for Astral Aerial, a Kenyan company well established in the region. "Many stakeholders are interested in developing agrotechnology in Africa," says Makena. “By the end of April we will have mapped the farms of 5,000 small farmers in Kenya. In addition, we have participated in the fight against locust in Kenya and Ethiopia. We are comfortable with the use of drones in the mapping, inspection and spraying of crops, although we also offer cargo transportation, infrastructure inspections and conservation of the environment and wildlife, for example, ”explains Makena. This Kenyan engineer adds: “Drones in Africa have made products and services that were previously inaccessible more accessible.High-precision maps previously could only be obtained with satellite images. Now, a small farmer in Kenya, with or without studies, can obtain a digital map of his farm or a map of the health of the crops at an affordable cost and it will help him improve productivity.

Drones in Africa have made products and services more accessible that were not previously. Now, a small farmer in Kenya, with or without studies, can obtain a digital map of his farm and it will help him improve productivity

The South African Tariroyashe Marufu, for her part, has taken an interest in the transport potential. “As I got closer, I found that drones can go beyond mapping,” says Marufu, “and be a key element in creating solutions to solve everyday problems in Africa. The use of drones for the delivery of medical supplies in rural areas interests me especially. Access to rural areas is usually difficult. I have seen, for example, a test of the delivery of sanitary napkins and I am sure that the rural population in Africa can benefit from the delivery of other medical supplies ”. “If we take advantage of the enormous possibilities that drones offer, local understanding of African problems and the ability to link innovation with problem solving,it is possible to achieve a more sustainable future ”, says this young woman.

Ghambi, Kelia and Marufu are precisely three of the participants in the Youth Scholar program promoted by the AfricanDRONE organization with the support of the World Bank. This organization promotes the use of drones in the continent and encourages the development of innovations and the generation of the right conditions to exploit all its possibilities. Johnny Miller is one of its three founders, although his personal experience is very particular since he develops projects as a photodocumentalist and is the promoter of Unequal Scenes, which uses aerial images to highlight inequalities. Miller cannot ignore the role that drones are playing in the field of mapping and adds to what has already been said the impact on the management of land ownership that "leads to a wide range of economic benefits for Africans."

But it also points to another fundamental area: "Drones are helping to revolutionize journalism on the continent, flying and collecting data in areas that have historically been banned or censored." And remember that "africanDRONE has developed a Code of Ethics for Drone Journalism to help drone journalists and allay fears in the public." Miller assures that “commercial drones with built-in cameras are cheap enough and easy to use that community members can use them to make inequality visible and that is a true revolution in the way of seeing the issue, and of see ourselves ”.For this passionate photodocumentalist based in Cape Town, “drones are a technology that is about to drastically transform the African continent in the 4th industrial revolution”.

In the midst of a pandemic, the potential of drones in the health field has received special attention. Zipline is a startup, based in San Francisco that has deployed most of its activity on the African continent, first in Rwanda, building an autonomous network for the distribution of blood units for medical use and other health supplies throughout the world. country. Then in Ghana, where it ended up delivering the first vaccines against covid19 received in Africa thanks to the Covax initiative. Zipline, signed an agreement earlier this year to distribute vaccines in the Nigerian state of Kaduna. Following its experiences in Rwanda, Ghana and Tanzania, Zipline recently started operations in the US Justin Hamilton, Zipline's Communications Manager, comments:“Many people think of drones as something that can end a life. We have built a drone that can save them ”. And he notes that in his African experience "Zipline has helped distribute more than a million doses of other varieties of vaccines, blood products and critical drugs since its launch and has helped healthcare providers save thousands of lives."

The implementation of drones is not at the same point in all the countries of the continent. In Senegal, for example, enthusiasts of this technology such as Tiamiyou Radji continue to work to build the most suitable conditions for its development. Radji is the director of Senegal Flying Labs, the franchise in the country of the teranga of a wide network of laboratories distributed throughout the world and promoted by the We Robotics firm. For this reason, Radji focuses on “youth and professional training” activities. In addition to the experiences in “flood assessment, agriculture, conservation and protection of the environment” which for this Senegalese entrepreneur “are important in this phase of the introduction of UAVs in Senegal”,Radji recalls the need to work on the development of the "business model in the near future", because he considers it to be an area in which many young people can find a professional outlet.

Julie Makena's experience in Kenya, for example, is that the approval of standards for the use of drones “has led to a more regulated industry, in which each drone is registered and each operator is well trained, which in turn instead it deters rogue drone operators. " This industry represents a thriving sector for this engineer: “The world market for drones is expected to reach 34.5 billion dollars in 2026. In Africa, this translates into multiple job opportunities on a continent in which 60% of the population is made up of young people under 25 years of age. Most importantly, the deployment of drones in sectors such as agriculture will lead to better and more efficient agricultural methods that will leverage data to obtain information about farms and therefore,will drive decision-making to improve agricultural productivity. The general domino effect is the improvement of food security in Africa ”.

The airline that flew to more than 200 destinations in the world - Walla! Tourism 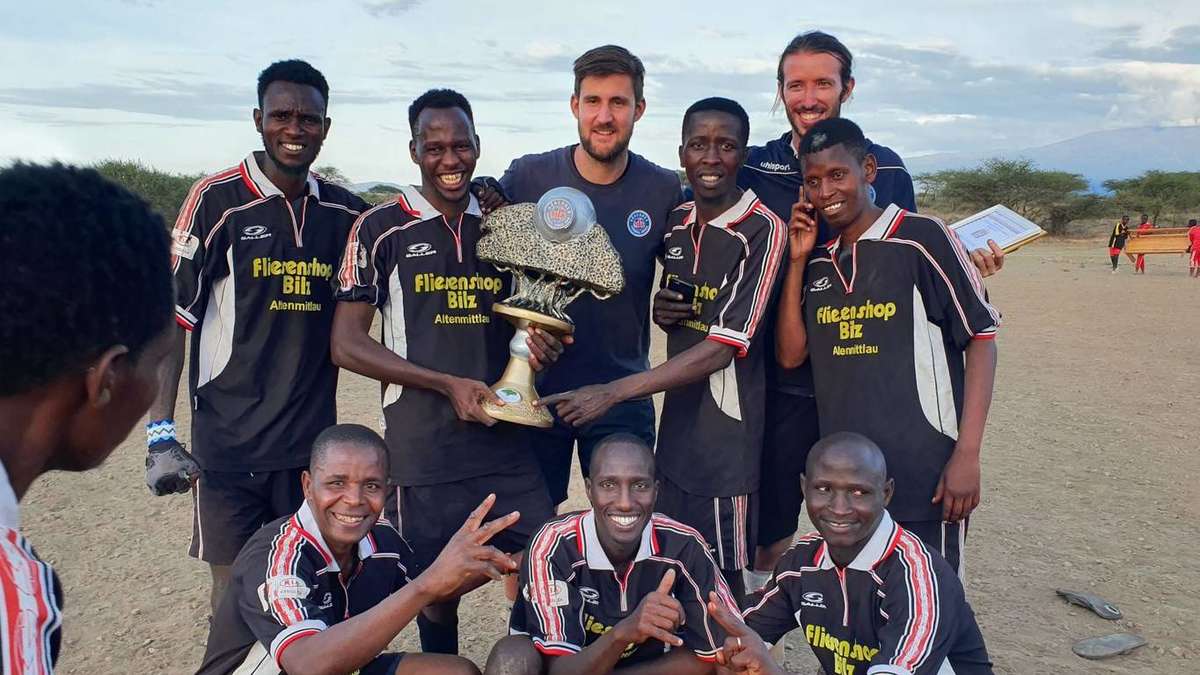 The soccer field as a social center New home for a stork couple: Couple from Dießen puts Horst up for 5000 euros 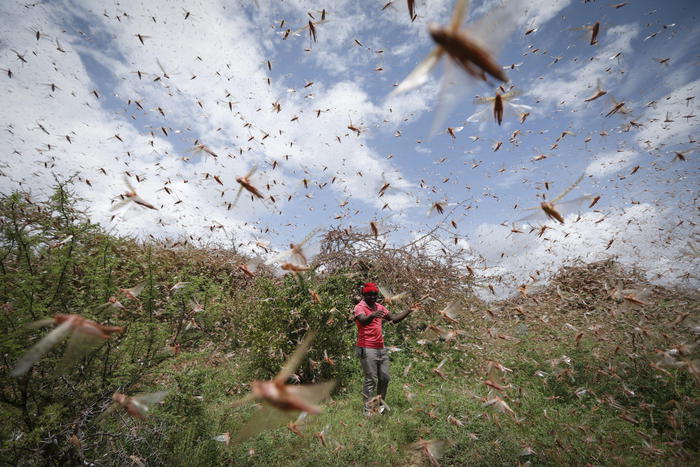 FAO asks for 38 million dlrs against locusts in East Africa Urgent global action on vaccines after the Corona strains mutated

The future of energy supply: we're staring at the wrong frog - Column 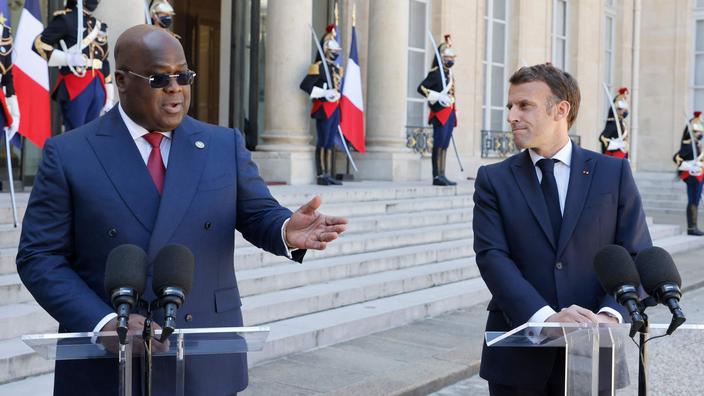 Macron calls for "a New Deal" for financing African economies 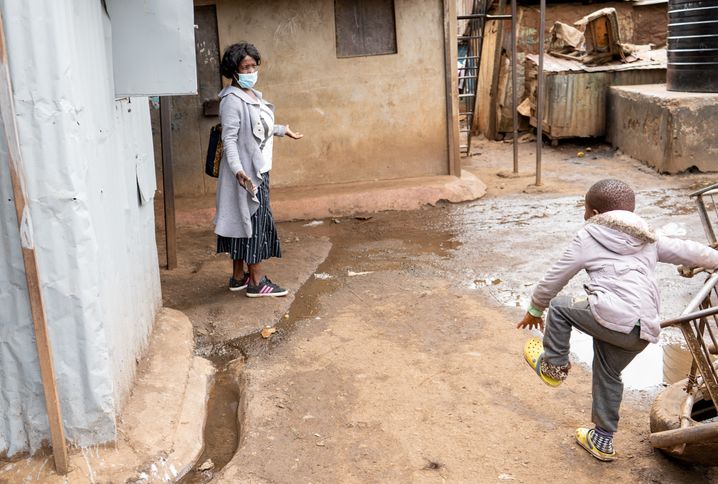