Poland is struggling with the third wave of the coronavirus pandemic. The number of corona deaths is proportionally as high as in Brazil, the health system seems dramatically overwhelmed. Poland is struggling with the third wave of the coronavirus pandemic.

The number of corona deaths is proportionally as high as in Brazil, the health system seems dramatically overwhelmed.

Munich / Warsaw - "Poland is very badly affected by Covid-19." This is what the German Foreign Office writes with a view to the coronavirus pandemic affecting Germany's eastern neighbor.

Nationwide, the number of new corona infections exceeds "200 cases per 100,000 inhabitants over seven days, which is why Poland is classified as an area with a particularly high risk of infection" (high incidence area), the authority's website continues (as of April 20).

What sounds soberly factual will not take on dramatic proportions in the EU state with its 38 million inhabitants until April 2021.

Because: The number of people who die with or from the corona virus is as high every day as in the South American corona hotspot Brazil.

Specifically: As reported by the

(behind a pay barrier), in Poland an average of 14 people per million people die within seven days of or with the insidious lung disease.

For comparison: In Germany, as of April 15, there were an average of three people per million inhabitants in seven days, in another hotspot of the coronavirus pandemic, in the Czech Republic, eight.

“It's worse than you imagine.

Nothing works the way it should.

There are no longer any people who could take care of the many patients ", quotes the

an unnamed paramedic from the Silesian city of Wroclaw:" We can no longer.

Source: Welt.de, based on data from Johns Hopkins University, our world in data, as of April 20, 2021

Sometimes there are up to 140 patients at the start of the shift who would wait to be picked up by the ambulance, the medical employee continues: "It's such a traffic jam. People wait for hours at home with breathing problems, sometimes twelve hours, and nobody comes. ”Because: According to the report, only 27 ambulances are in use in the city of around 800,000 inhabitants.

Coronavirus in Poland: There is a lack of doctors and medical staff

The device is not the problem at all.

“Poland is no longer a poor country, we can buy respirators if we want.

But there is simply no staff who could operate them, ”the paramedic is quoted as saying:“ The people then lie there and nobody comes. ”A doctor from Plonsk near Warsaw also sounds the Corona alarm in the report.

“To say that the staff is at the limit would not be enough.

The system has collapsed, care can no longer be guaranteed, "says rheumatologist Bartosz Fialek der

:" More and more younger patients with breathing problems are being admitted.

There are very many.

Often they simply don't get any help and lie there for several hours. ”He also points out that there are simply too few doctors and nurses in Poland.

President Andrzej Duda of the ruling law and justice party (PiS) apparently does not want to hear about such criticism and is relentlessly appeasing.

But the facts and figures reflect a different reality.

In the process, the EU country saw, figuratively speaking, the third wave rushing towards it.

, the 7-day incidence was

and the virus variants were spreading rapidly at this time.

Coronavirus pandemic in Poland: Silesia on the border with Saxony is a corona hotspot

Emergency hospitals have been set up, for example in the National Stadium in Warsaw or in the badly affected Silesian Voivodeship, which borders directly on German Saxony.

However, another lockdown at the end of March could not prevent the rapid increase in the number of infections.

. The incidence had risen to 450 by this point.

For comparison: Germany has had around 20,000 cases for a long time, but has more than twice as many inhabitants (83 million). It is not yet possible to foresee when the situation will ease. As of April 20, 224 vaccine doses were administered to 1000 inhabitants, according to a ZDF graphic. In Germany there were 269 vaccinations per 1000 inhabitants at the same time. The fight against the pandemic continues everywhere - but with different requirements. 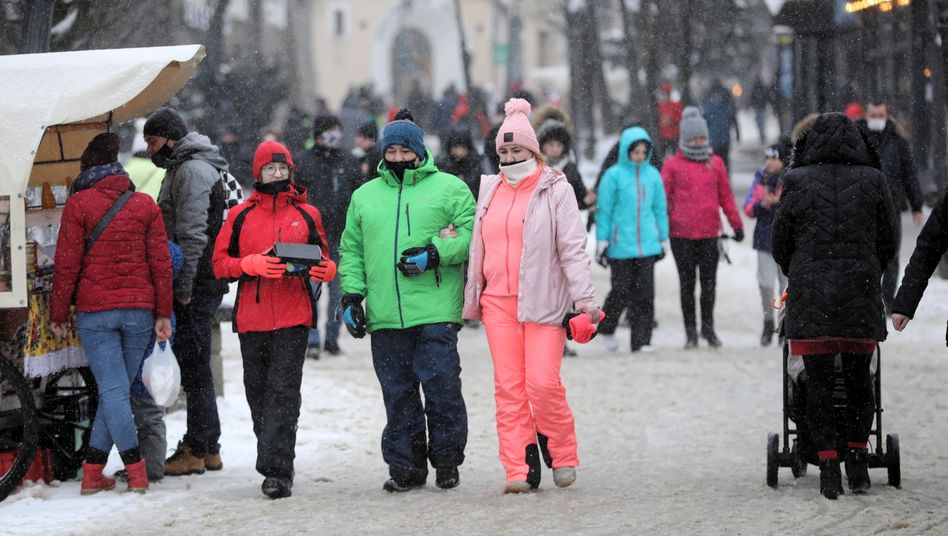 Corona in Poland: Despite the pandemic, large crowds in the ski area

Corona: Terrifying reports from neighboring Germany - "This is a massacre" 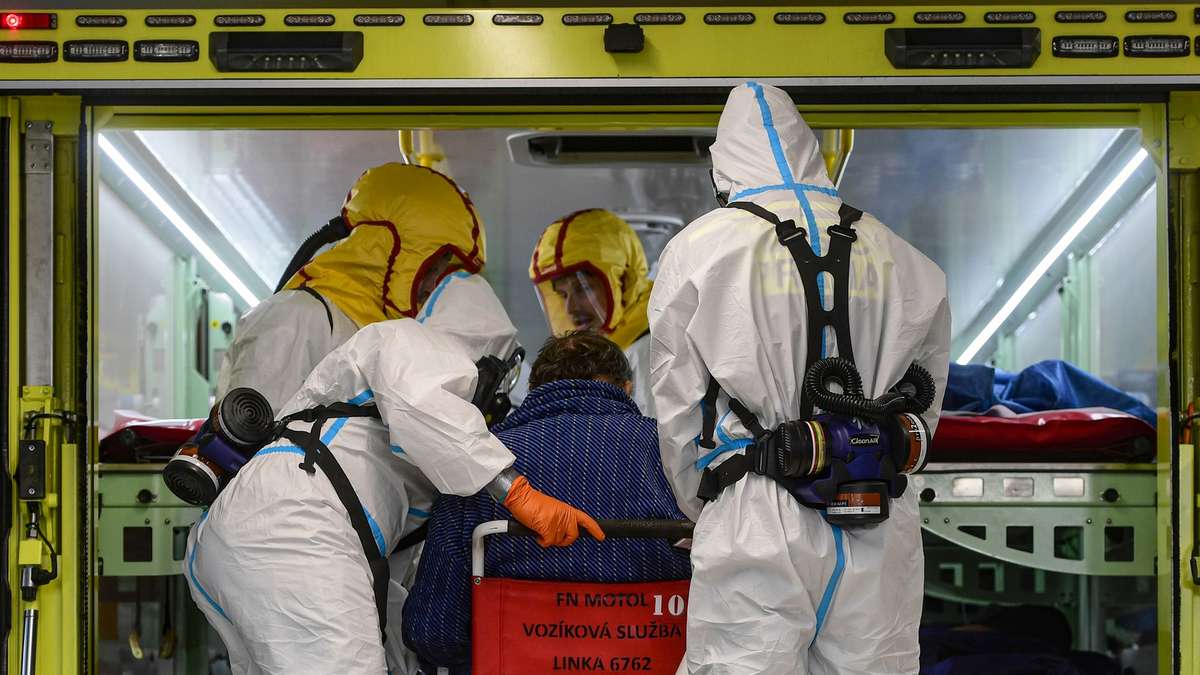 Corona in Europe: neighboring country exceeds the sad mark in the number of deaths