From a guide on the Camino de Santiago to an illustrated story about nature and animals for children, titles to devise future adventures 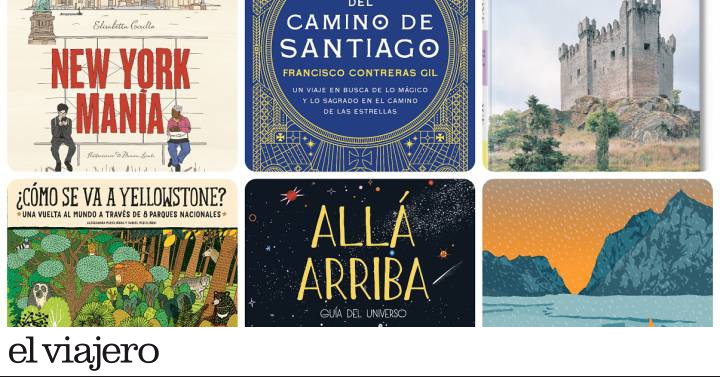 How do you go to Yellowstone?

A trip around the world through 8 national parks

and the little squirrel

are the two traveling companions on this adventure. They both live in the forests of Bialowieza, in Poland, and when Kuba receives a letter from her cousin in the United States they decide to go meet her. Thus they undertake a journey that they tell us in comic format, and that will take them through eight spectacular national parks, from Yellowstone (United States) to Manu (Peru), passing through Jiuzhaigou (China), Namib-Naukluft (Namibia), Komodo (Indonesia ), Fiordland (New Zealand) and the Greenland National Park. In total, 126 pages full of beautiful and colorful illustrations about nature and animals from all continents. The book by Aleksandra Mizielinska and Daniel Mizielinski (authors of the successful

Atlas of the World

) is perfect to encourage the youngest members of the household in their traveling reading.

Recommended for boys and girls from 8 years old, it goes on sale this Wednesday, April 21.

Castles and fortifications of medieval Europe

This is a title for lovers of History and photography.

Photographer Frédéric Chaubin takes us on a journey through his images of more than 200 medieval castles and fortifications from 21 countries on the continent (each one accompanied by a map and an explanatory essay).

The book is the result of five years of travel and research in search of the most dramatic castles in Europe.

(its original title) is a photographic study of decadence and resistance that traces the history of some still fascinating structures today.

Through its pages are the Castello di Montecchio Vesponi (Italy) and its impressive tower 30 meters high, the imposing castle of Eltz, in Germany, or the fortification of Coca, in the province of Segovia.

Guide to the Universe

"In life there is nothing to fear, you just have to understand";

With this simple quote from Marie Curie starts the book

. It is a guide illustrated by Alice Beniero, and produced by six passionate astrophysicists: Edwige Pezzulli, Maria C. Orofino, Raffaella Schneider Rosa Valiante, Simona Gallerani and Tullia Sbarrato. His way of discovering the universe and answering the questions that we have all asked ourselves at some time (how was the universe born? How old is it now?) Will encourage more than one to stand behind a telescope or embark on some astrotourism activity . "It is our boarding pass for an amazing journey full of color in which we will discover galaxies, witness the birth of new celestial bodies and get closer to the mysteries of the black hole," explains the synopsis. In addition, its pages pay tribute to some of the most important scientists in the field of astrophysics: from Hypatia to Jocelyn Bell,discoverer of pulsars in the sixties (a find that resulted in a Nobel Prize for two men), or Valentina Tereshkova, the first woman to go into space.

This 2021 is the Jacobean Year, so it is a good time to get hold of some of the countless publications on the Camino.

One of the most recent is the

The journalist and writer Francisco Contreras Gil not only provides the basic information to undertake the adventure, but also keys and places to complete one of the most important historical, artistic and spiritual routes in the world.

A kind of field notebook that will take you to more than 200 places illustrated with images;

perfect for not being a pilgrim anymore.

Throughout its pages, it shows stage by stage the Jacobean routes in Navarra, Aragon, La Rioja, Castilla y León and Galicia.

Clues to undertake the journey either this year or next year, as the Jubilee Holy Year will also be celebrated during 2022 due to the pandemic.

New York is much more than its skyscrapers, the great Central Park and the bustling Broadway, and this is what this book aims to show. Elisabetta Cirillo, with Mónica Lovati's illustrations, reflects the daily life of the inhabitants of the Big Apple, talks about its most iconic characters and also discovers its mythical corners. Make the most of the American city divided into 100 themes: practical tips for getting around Manhattan, where New Yorkers go, their customs and hobbies, shopping places, how to flirt ... Its pages want to show that despite being the capital hard and difficult to business, fashion, money and vanities, here there is also poetry. "At the end of this fantastic trip you will know more about New Yorkers, you will get less angry and you will like them a little more," he promises in his introduction.

Thousand and one sunrises

the most varied continent on Earth in cultures, religions, history and orography offers some of the most enriching experiences.

This book collects 47 reports, texts and photographs published, between 1979 and 2018, in different magazines and supplements (

The writer and photographer thus discovers most of Asia, from Oman and Iran to Korea and Japan through India, Nepal, Tibet, China and Southeast Asia.

The travels of the 1970s and 1980s describe old traditional Asia in countries still untouched by development: Burma, Laos, Cambodia, Vietnam, Tibet, and a semi-forbidden China.

Also, a link in the book leads to 290 photos of the trips.

On foot in England

Written at the beginning of the 20th century by the naturalist William H. Hudson (1841-1922), raised in the Argentine Pampas and clinging to the calm and acute observation of nature and its inhabitants, animals and, especially, birds since childhood, This collection of walks - on foot or by bicycle - that look out into the depths of the English countryside (Hudson lived on English soil since he was 32) is not a literary travel guide, nor does it pretend to be.

In fact, its author, a lover of ornithology, advocated just the opposite, for the trip without previous readings, for contemplating and discovering without any conditioning.

For this reason, the incursions into the landscapes and communities of the southern counties of England that Hudson recounts in these pages are more current than ever, inviting the purest exercise of exploration and contemplation.

Of stone and bone

The unexpected rupture of an ice pack in the Arctic leaves a young Inuit adrift who, abruptly separated from her clan, begins an exciting adventure in her attempt to return to the family igloo with the only company of her faithful dog.

This novel by Bérengère Cournut not only tells the story of the survival of a brave and daring teenage girl in the wild, frozen and magnetic landscape of the Great North.

He also tells us about the damage that climate change produces in ecosystems as delicate as this one, and about the need to listen to the native communities that still inhabit them, whose ancestral wisdom is probably the best way to preserve them.

The obsession, almost compulsive, to travel and discover the world beyond the conventional vacation periods, and tell about it later.

This is how the Wanderlust syndrome could be defined, which articulates and inspires this collection of illustrated stories by writers such as Marta Sanz, José Ovejero.

A collective ode to the figure of the true globetrotter, in which the true protagonist is none other than the journey itself.

80 inspiring and sustainable routes to travel without flying

Take in the Scottish landscape from a kayak, jump from island to island on the Adriatic coast of Croatia or a route from Paris to London… by bicycle.

Who said that travel does not allow you to reduce your carbon footprint?

To commemorate Earth Day, which every April 22 tries to raise awareness about the need to conserve the planet's biodiversity by reducing polluting gas emissions, we propose this compilation of traveling circuits - lasting one or two weeks - designed by the experts from Lonely Planet publishing house, who allow you to travel through wonderful parts of Europe without having to get on a plane. 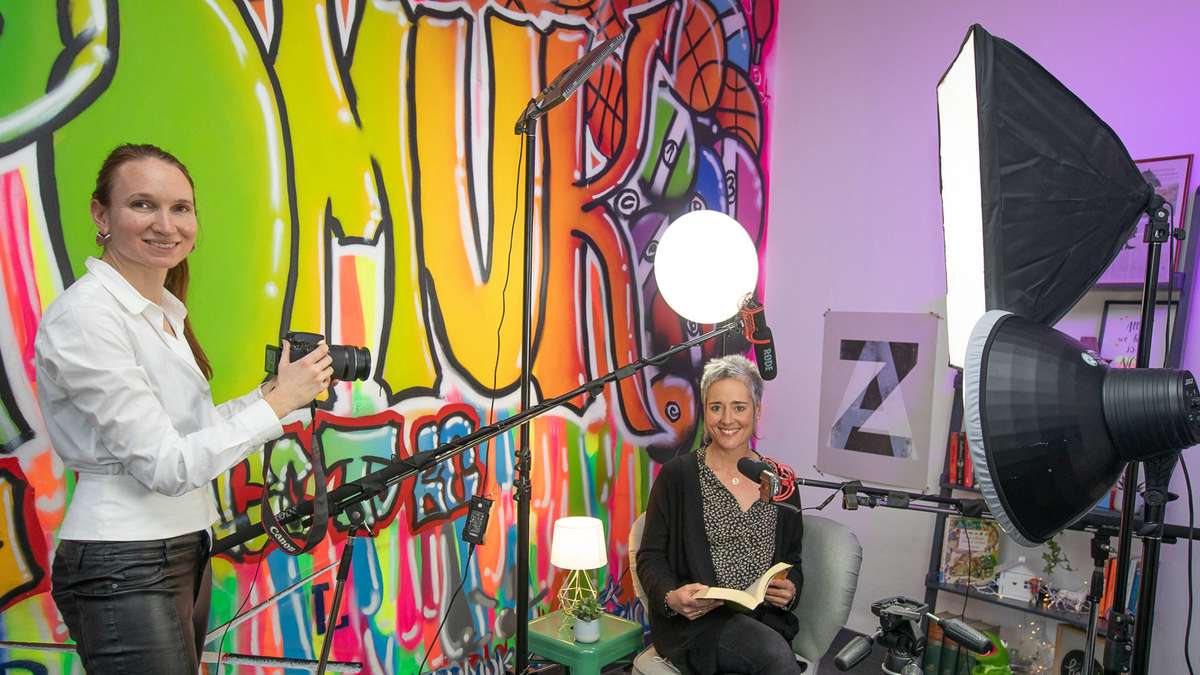 Stories from the youth center What is Antonio Ortuño reading? 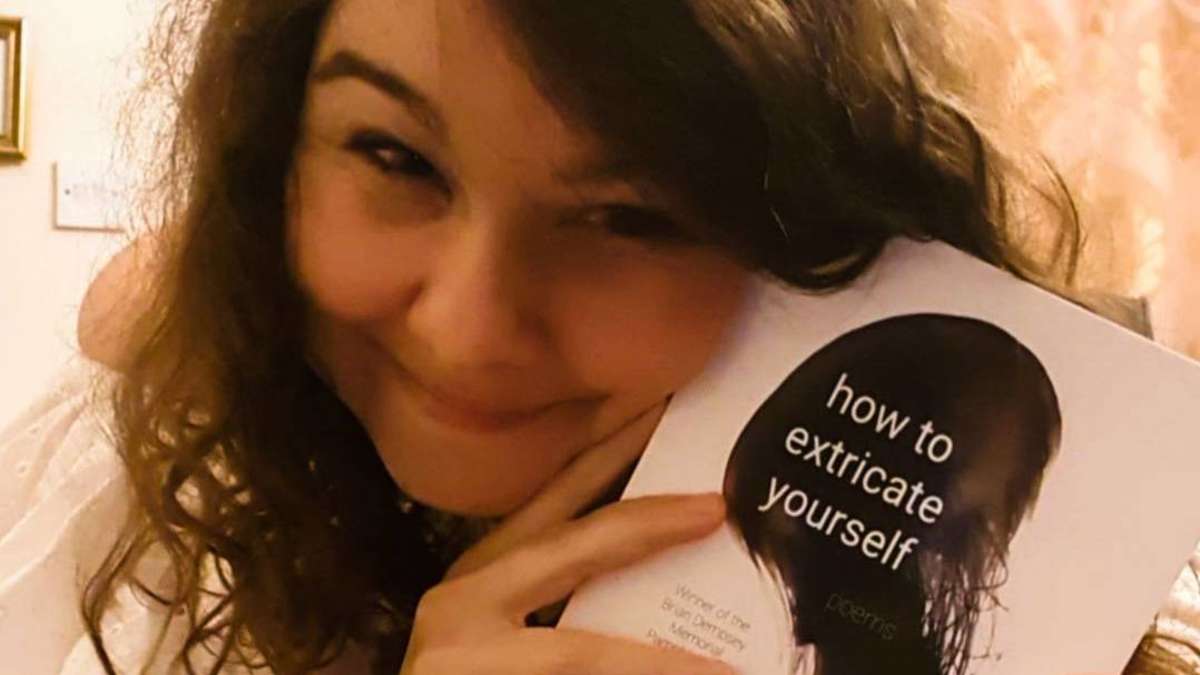 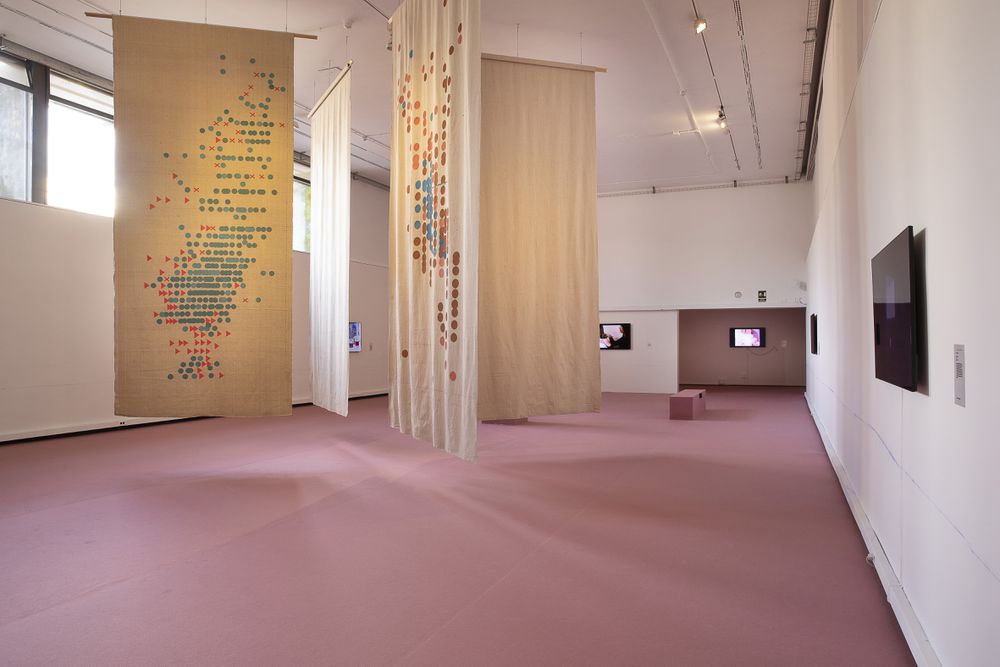