New crown pneumonia | Xu Shuchang: restaurant staff is stable after three-day inspection but still not enough to get vaccinated

The new crown pneumonia epidemic in Hong Kong has been repeated, and the government announced earlier that it would relax its epidemic prevention measures through a "vaccine bubble" as soon as the end of this month. There are reports that the government’s internal research allows restaurant staff to use three-day testing instead of vaccination. 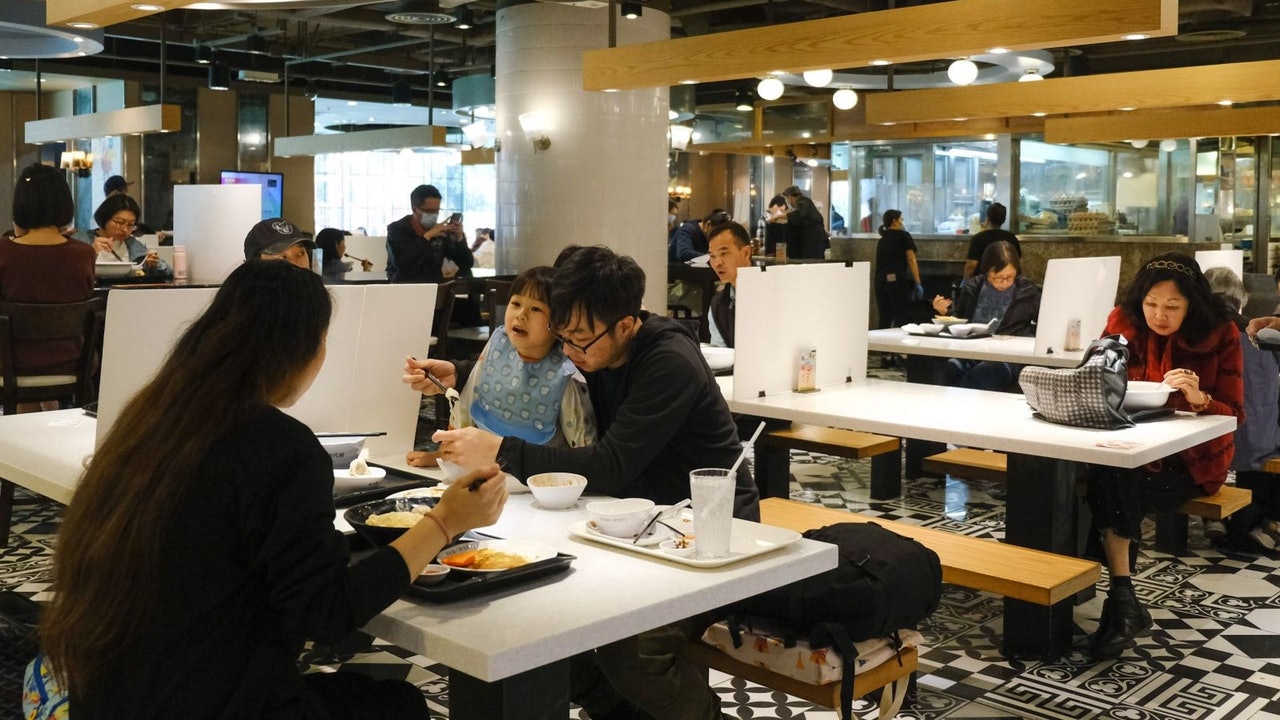 The new crown pneumonia epidemic in Hong Kong has been repeated, and the government announced earlier that it would relax its epidemic prevention measures through a "vaccine bubble" as soon as the end of this month.

It is reported that the government's internal research allows restaurant staff to use three-day testing instead of vaccination. Government expert consultant and CUHK Chair Professor of Respiratory System Xu Shuchang believes that three-day testing is a more stable approach, but testing does not mean There are antibodies in the body and it is not convenient, so vaccination is still more stable.

The two scientific committees of the Center for Health Protection recommend that citizens receive the second injection 14 days after the quarantine period can be reduced from 14 days to 7 days even if they are listed as close contacts by the authorities.

Xu Shuchang, who is also the chairman of the Scientific Committee on New Discoveries and Animal Infectious Diseases, emphasized that it is recommended that the group of people be tested three times during the quarantine period, and serum tests should be performed to understand the antibody level before leaving.

The implementation date is yet to be decided by the Centre for Health Protection.

▼4.13 Restaurant customers can still choose to scan or fill in information to travel with peace of mind▼

Xu Shuchang today (23) responded to the scientific committee's suggestion that citizens receive a second shot 14 days after the public has been given a second shot, even if they are listed as close contacts by the authorities, the quarantine period can be reduced from 14 days to 7 days.

He emphasized that even if the quarantine period is shortened, the group of people will still have to undergo three tests and also undergo antibody tests. If antibodies are present, protection can be produced.

When asked when it will be implemented, Xu said that because the antibody test is provided by the government, it depends on whether the authorities can easily do it: "The general direction is right, but when it will take effect, the answer will not come." Or it will take more time to solve technical problems.

As for the scientific committee’s assessment that the AstraZeneca vaccine does not need to come to Hong Kong, Xu Shuchang explained that the protection of the AstraZeneca vaccine against the South African variant virus strain has dropped to only 10%, and the amount of vaccines currently purchased in Hong Kong is sufficient to vaccinate the entire population. Substitution of vaccines: "Reserve resources to buy new vaccines for the first time."

He also pointed out that government officials have been paying attention to the information of different pharmaceutical companies, and whether to cover the variant virus is also the primary consideration when purchasing.

When asked about two pregnant women in Hong Kong who had miscarriages after being vaccinated with Fubitai vaccine, Xu Shuchang said that 90,000 pregnant women around the world have been vaccinated against the new crown, mainly nucleic acid vaccines. No adverse reactions and effects have been seen so far. In addition, after the vaccination of pregnant women, antibodies The level is higher than that of natural infection during pregnancy. Health organizations in many countries and regions have recommended vaccination for pregnant women.

As for the relaxation of epidemic prevention measures at the end of this month at the earliest, he believes that it depends on whether there is an unusual outbreak in the next few days.

New Crown Vaccine | 396,000 people received the first dose of Fubitai’s first super-KXing, 8 people were sent to hospital after being injected on Wednesday

The banquet asked employees to vaccinate the workers’ union branch to protest against the vaccinated manager: serving the country as a job

New crown pneumonia | Xu Shuchang: restaurant staff is stable after three-day inspection but still not enough to get vaccinated 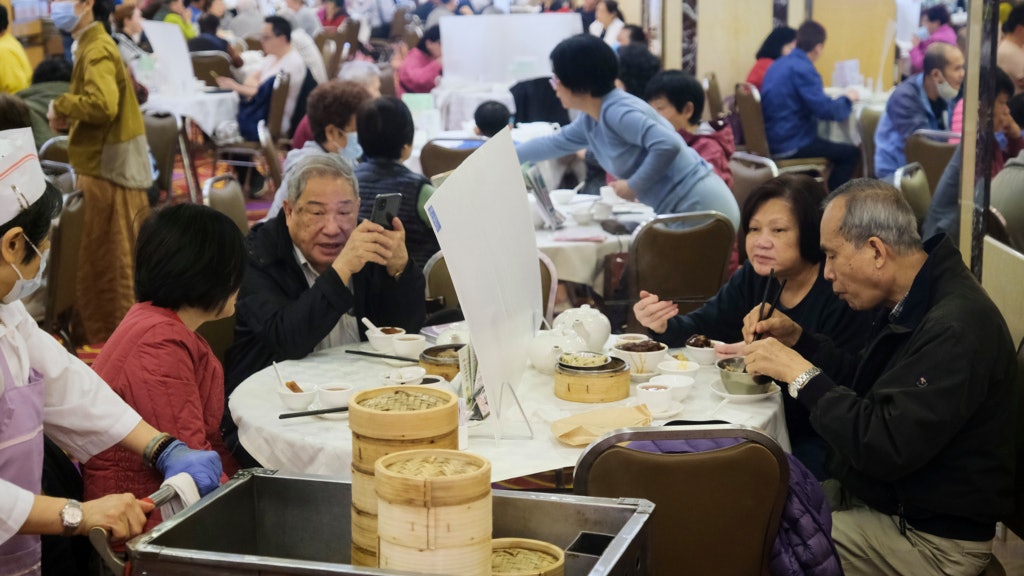 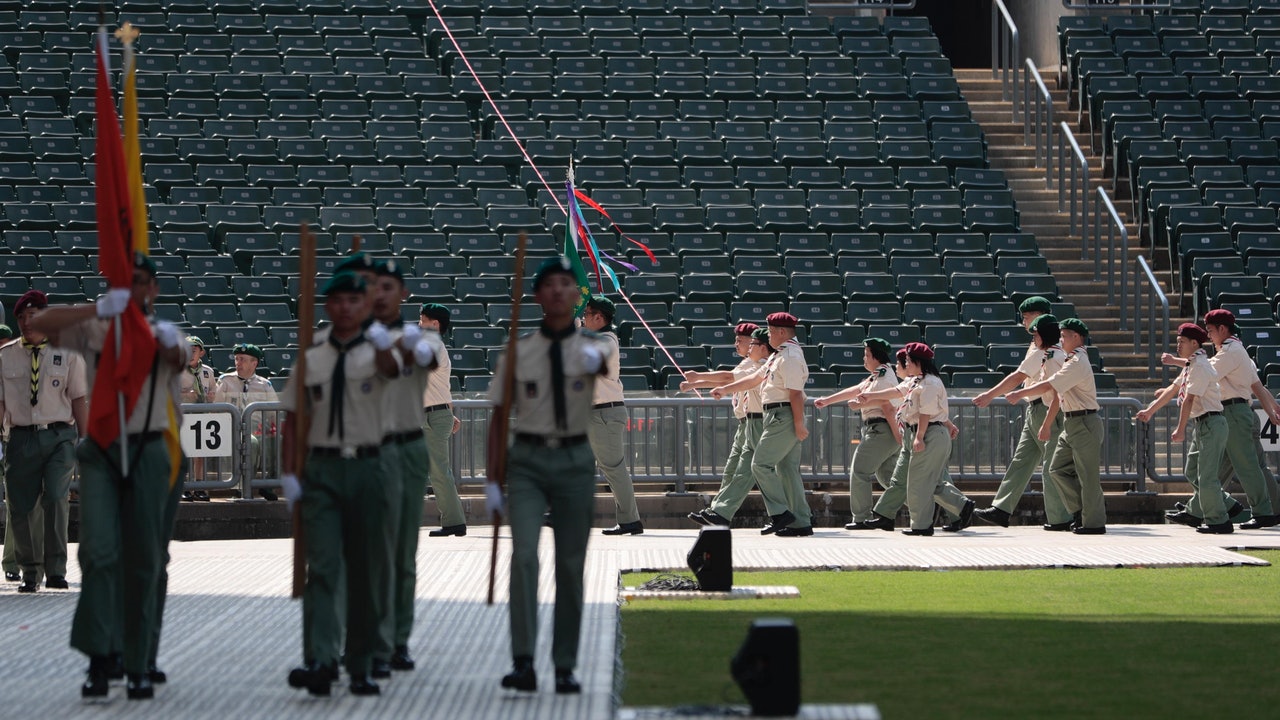 The Scout Association has repeatedly exploded the illegal gathering order to organize the dinner scandal, the director-level staff resigned and teared up the appointment letter to express their dissatisfaction 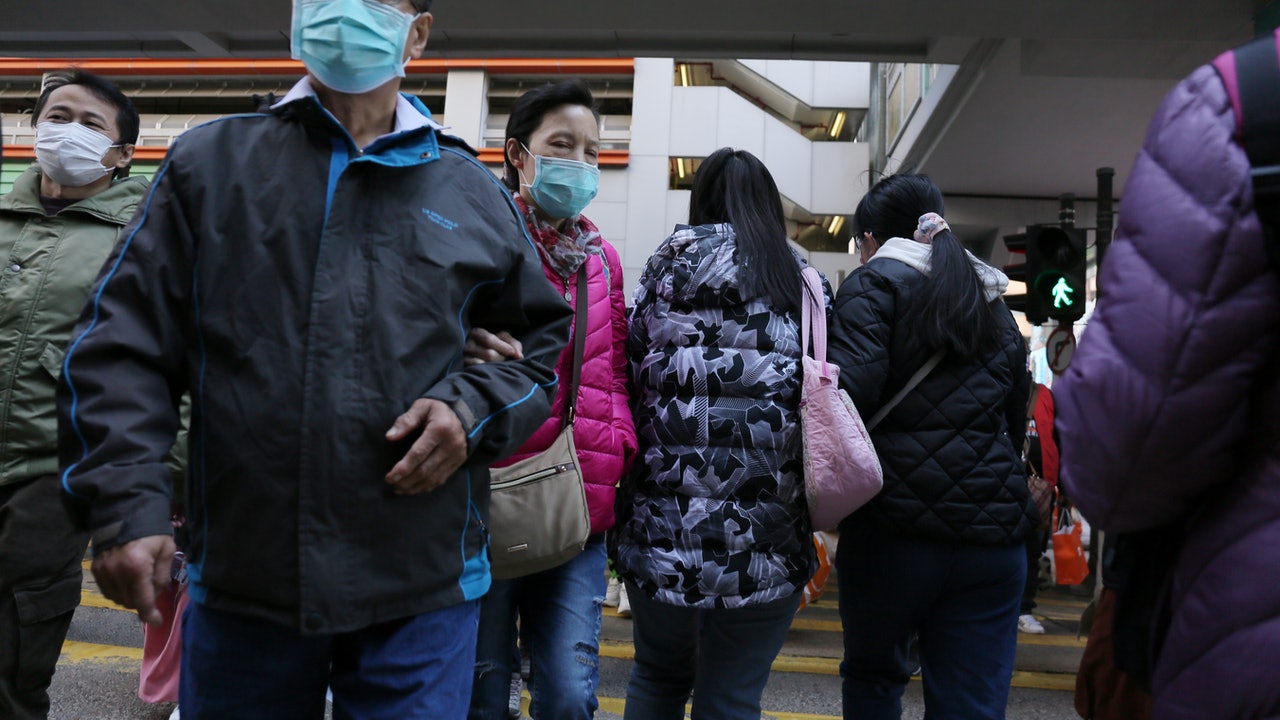 Coronavirus disease. Latest | News: Today, less than 40 confirmed diagnoses are expected to hit a new low of one and a half months 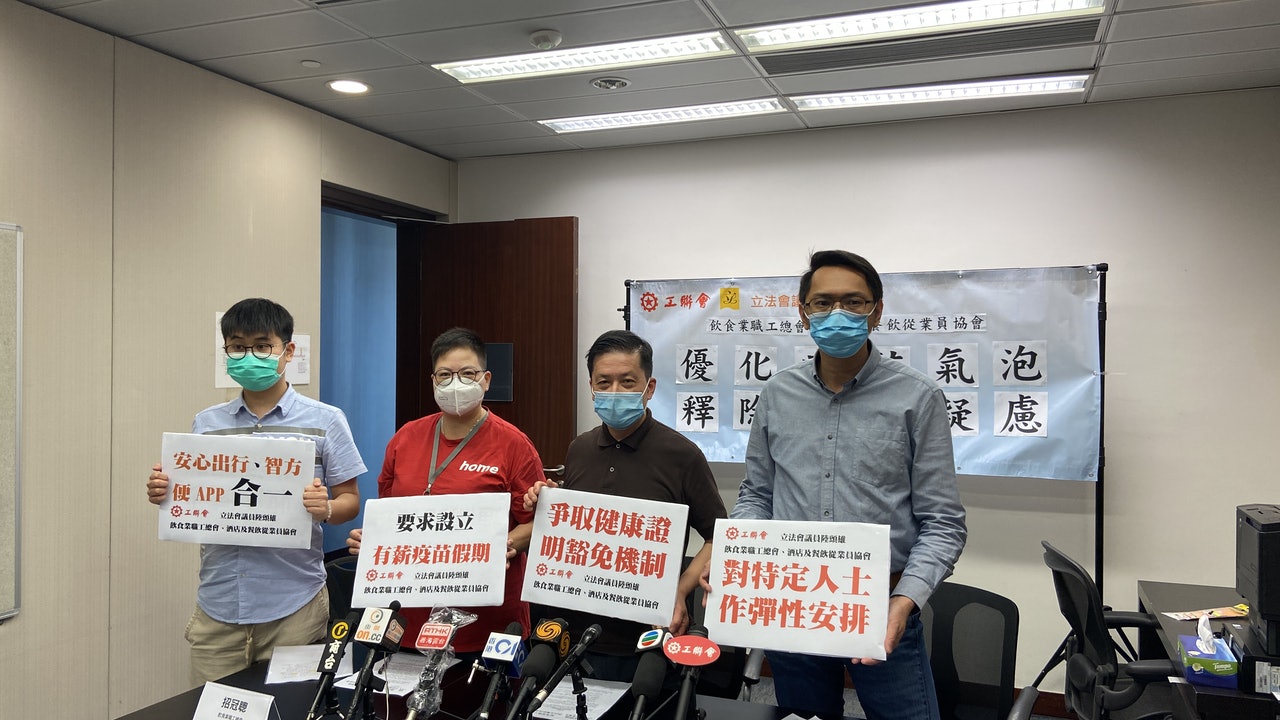 New Crown Vaccine│Survey: Two adults worry that they will be suspended if they refuse to get vaccinated 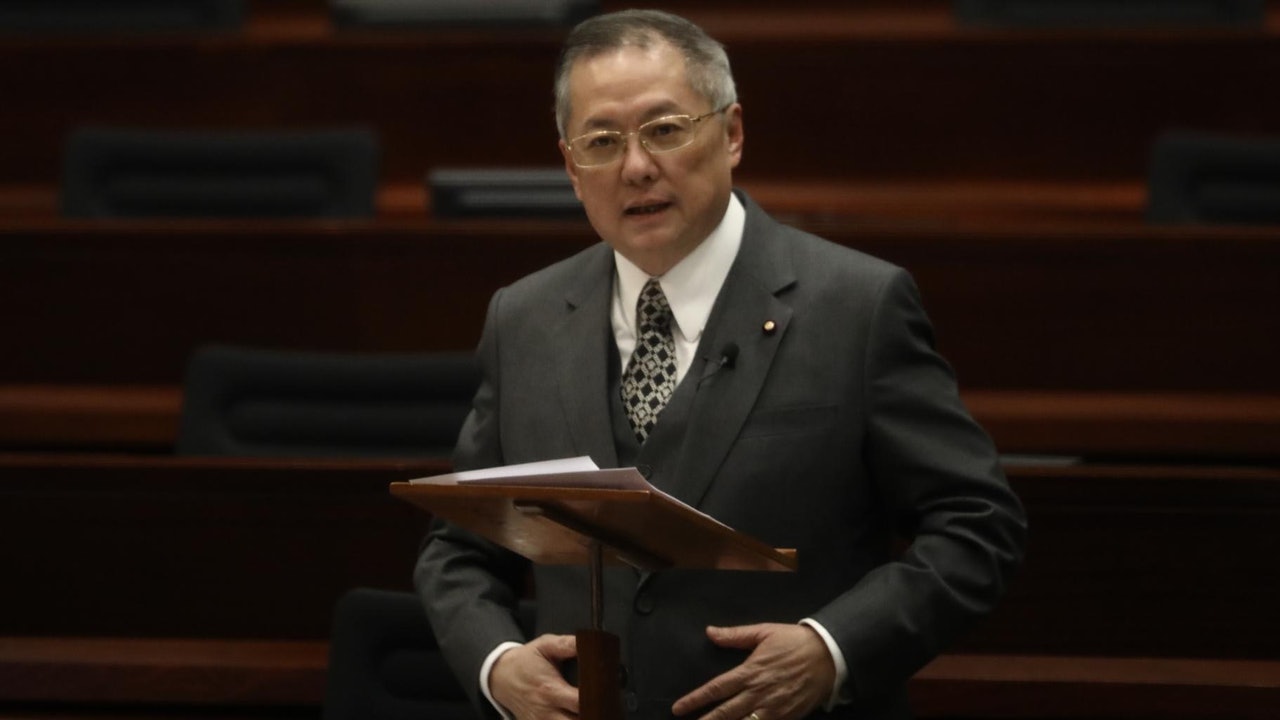 Yuren Zhang: Vaccine bubble feed for restaurants is not suitable for injection on Thursday. Employees must declare and conduct regular testing 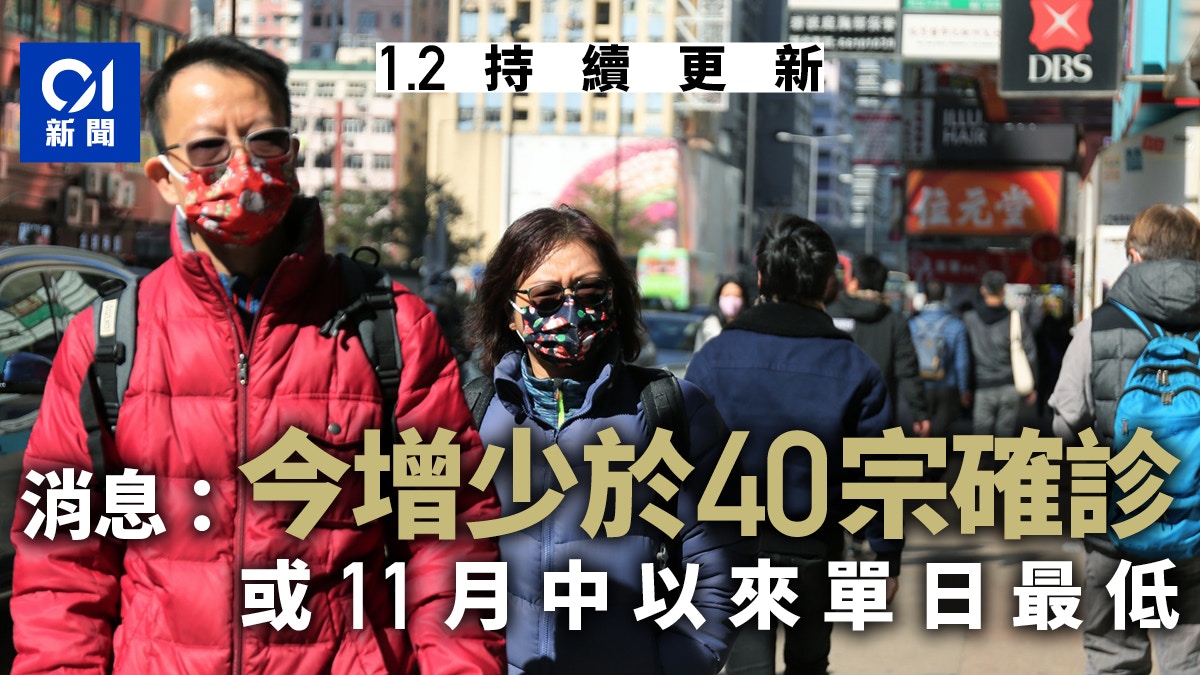