The death toll from the fire that broke out last night at Ibn Al-Khatib Hospital in the Iraqi capital, Baghdad, has risen to 82.

The Iraqi News Agency (INA) quoted the Ministry of Interior as saying in a statement today that 110 people were also injured in the fire.

A huge fire broke out last night in the intensive care unit designated to treat Corona patients at Ibn Al-Khatib Hospital in Baghdad, and resulted in an unofficial preliminary toll, at least 23 dead and 90 people saved.

And talked about the existence of an explosion of oxygen gas, which led to the occurrence of this huge fire. Iraq: 82 people killed in a fire at a Koruna hospital in Baghdad - Walla! news 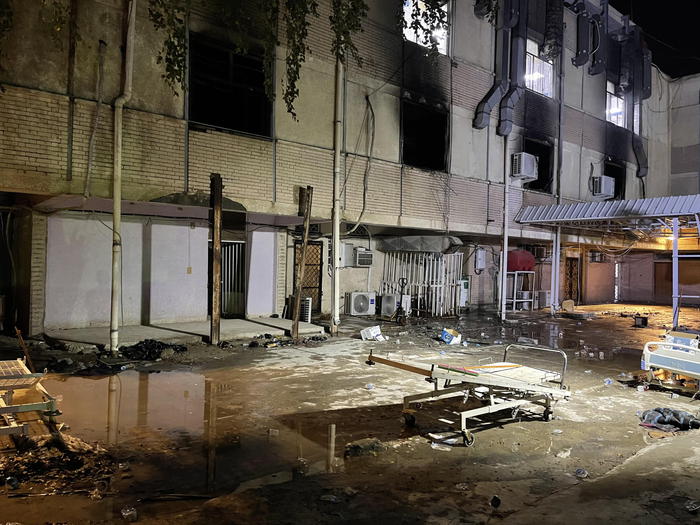 The resignation of the Iraqi Minister of Health President al-Assad offers condolences to his Iraqi counterpart for the victims of the Ibn al-Khatib hospital fire: We ask God Almighty to protect Iraq and its people