Another lesson from the census figures is that the political center of gravity is shifting towards the southern Republican states, at the risk of upsetting the balance of power in the US Congress. 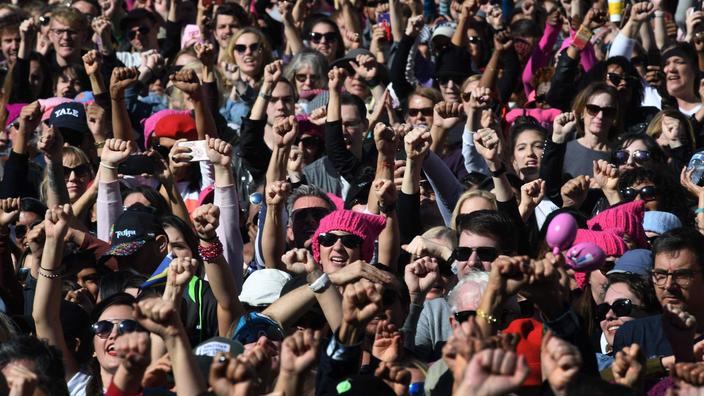 The growth of the American population has slowed markedly over the last decade (2010-2020), marked in particular by the halt to immigration given by Donald Trump.

Read also: Midterms: with "gerrymandering", the conquest of power begins far from Washington

The American population had jumped after World War II, with the "Baby Boom" of the 1950s, but it has grown at a slower pace since, with the exception of the 1990s, when millions of immigrants, mainly arriving. from Mexico, arrived undocumented in the country and remained there.

Since then, the pace of growth has slowed down again, as the figures from the new census show.

The first part of the decade was marked by the aftermath of the 2008 financial and economic crisis, known as the “subprime”, with a lower birth rate and many Mexicans choosing to return to their country for lack of opportunities.

Population growth has been strongest in the southern and western United States since 2010. The arid and desert state of Utah, in the west, has seen its population increase by 18 , 4%, the highest rate in the country.

In contrast, West Virginia, in the east of the country, saw its population decline by 3.2%.

Read also: Texas, an unexpected battleground for the US presidential election

Beyond the purely demographic aspect, these figures above all risk upsetting the country's political balance.

They will now be used to determine how many seats to allocate to each state in the House of Representatives, the equivalent of our National Assembly, which has 435 members, in proportion to the population of each state.

But it is already clear that the Republican and Conservative states in the south (Texas, Florida) should win seats, where the Democratic and progressive states (Northeast and California) should lose.

In total, no less than thirteen states will see their representation in the lower house of Congress change in light of these numbers.

California, the most populous US state, will lose one of its 53 seats, a first in 170 years for this Democratic stronghold, while Texas, a Republican stronghold, will add two seats to the 36 it currently has.

In Texas, Florida and North Carolina, the GOP (Grand Old Party, another name for the Republican Party) will also have control over the redistribution of electoral maps, which will not be the case for Democrats in Oregon and in Colorado. Republicans could therefore take the opportunity to shape districts to maximize their influence and gain an advantage in the upcoming election - perhaps enough to regain control of the lower house of Congress.

But in the long run, it's not clear that these population transfers are good news for Republicans. Many states with strong population growth are increasingly competitive political battlegrounds where newcomers - including many young people and people of color - could at some point give Democrats an advantage.

"What is happening is that there is growth in the Sunbelt states that are becoming Democrats or will soon become Democrats,"

said William Frey, demographer at the Brookings Institution in Washington, DC. that many Democrats move to Republican soil, limiting the gains the Conservatives can hope for in terms of seats.

The census has been highly politicized this year, with Donald Trump trying unsuccessfully to ban the counting of illegal or foreign residents.

Efforts which, however, could have prevented residents from answering questions from the US statistical services, for fear of being reported to the immigration services.

"Trying to count the population during a global pandemic has added to the difficulties,"

noted the director of the Census Bureau, Ron Jarmin, announcing the figures.

Figures on the distribution of the US population by age, race, gender and more will be released in the coming months. 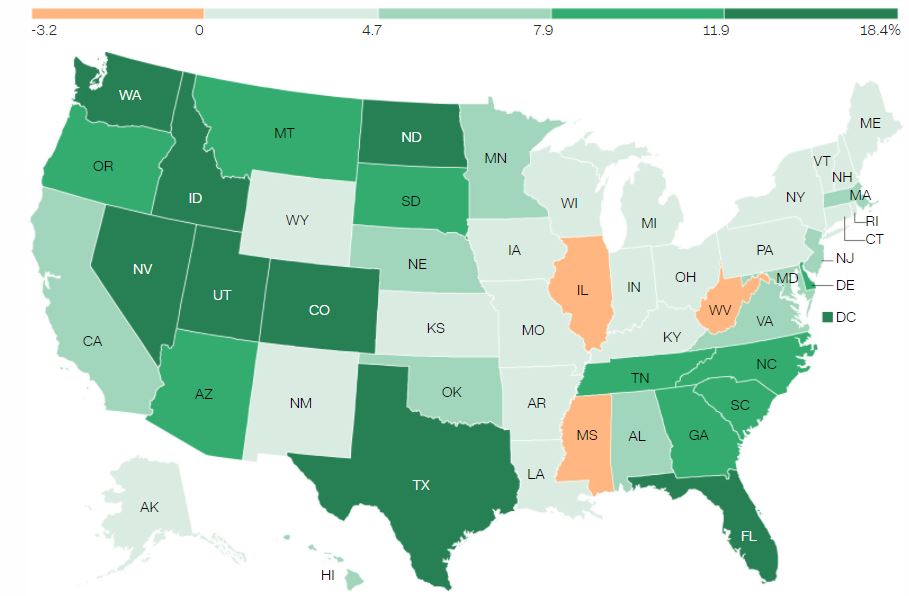 How is the US population distributed according to the 2020 census? 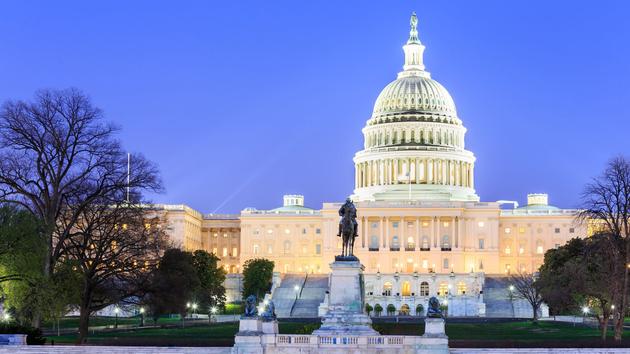 Garcia, the sixth most common last name in the United States 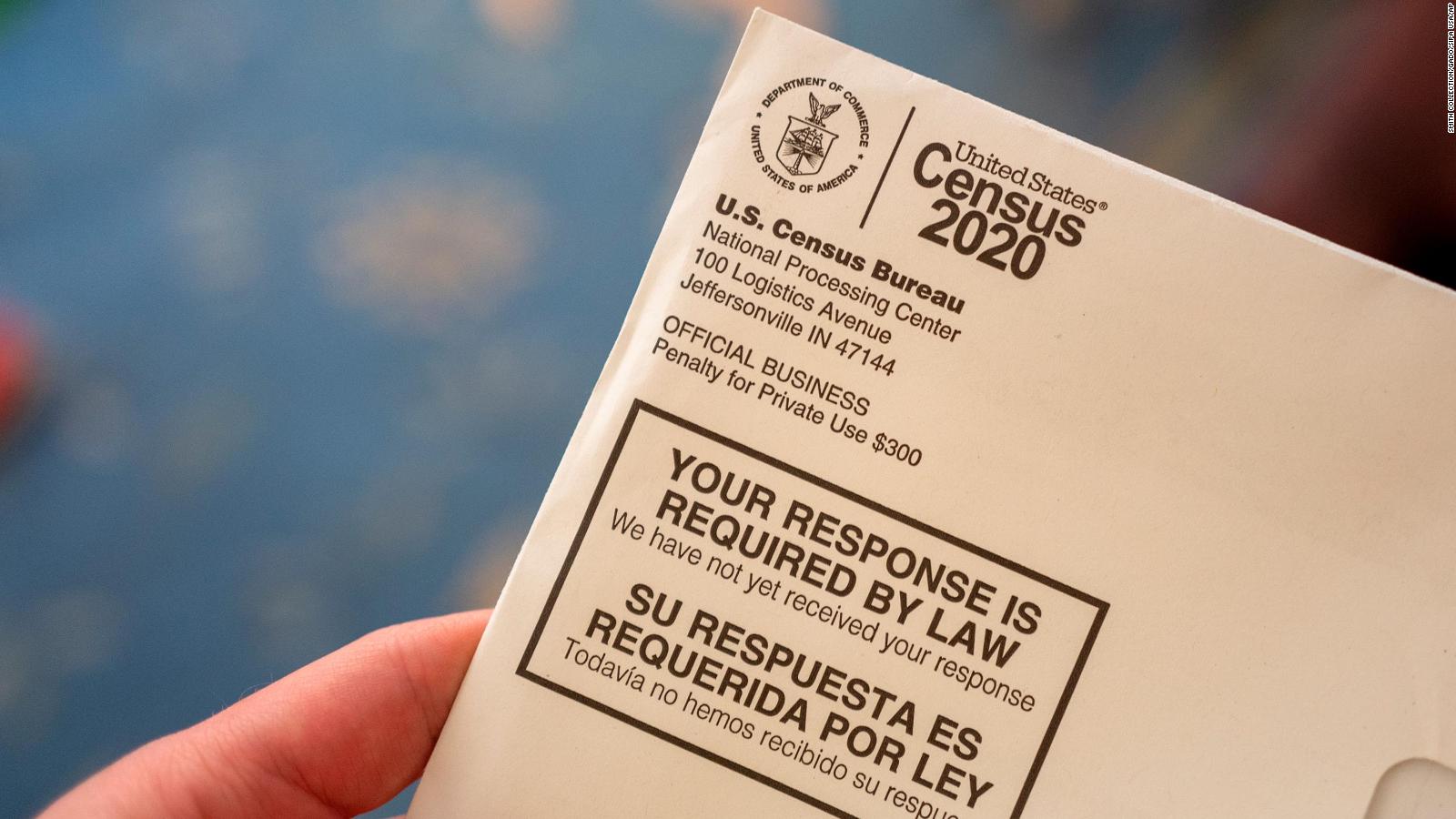 The other side of the Corona crisis ... Imaginative profits for the pockets of the wealthy paralleled by the psychological collapse of millions of people around the world 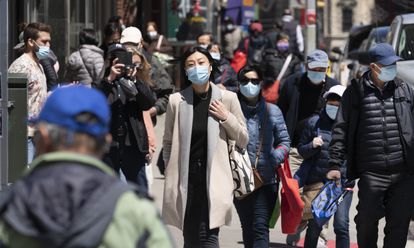 Conservative fiefdoms in the U.S. South get bigger in 2020 census