The corona vaccinations in Australia and New Zealand are only progressing slowly. Critics fear the countries could lose their lead in dealing with the pandemic. The corona vaccinations in Australia and New Zealand are only progressing slowly.

Critics fear the countries could lose their lead in dealing with the pandemic.

Canberra / Wellington - Australia and New Zealand are great role models in the fight against the corona pandemic.

Both countries have hardly recorded any new infections, and the number of deaths since the beginning of the pandemic has been negligible in a global comparison.

The corona vaccination campaigns in the two countries are only getting off to a slow start, which is leading to criticism.

There are concerns that the lead in dealing with the spread of the coronavirus could be gambled away.

On Tuesday (April 27), the health authorities in Australia only reported 23 new corona cases - but a comparatively high value if you look at the situation Down Under over the past few weeks.

Since the start of the corona pandemic last year, a total of around 29,500 people have been infected with the corona virus in the country with around 25.4 million inhabitants, the death toll is 910.

In New Zealand, the corona situation is much better.

In the island state with around 4.9 million inhabitants, almost 2,600 cases have been recorded so far, and 26 people have died in connection with Covid-19.

For comparison: In Germany, the Robert Koch Institute (RKI) has so far reported more than 3.3 million new corona infections and almost 82,000 deaths.

Corona in Australia and New Zealand: return to "normality" - 78,000 fans at sports event

In Australia and New Zealand, people have largely returned to "normalcy" for a long time.

Children are allowed to go to school, cafes and restaurants are open.

Even concerts and sporting events are taking place in front of spectators again.

While there is a discussion in Germany as to whether spectators should even be allowed to attend the 2021 European Football Championship in Munich, in Australia people are flocking to the stadiums.

Last Sunday (April 25), more than 78,000 fans watched the game between the Collingwood Magpies and the Essendon Bombers in the popular sport of Aussie Rules Football in Melbourne - according to media reports, a new record in the pandemic.

On Sunday (April 25th) more than 78,000 fans watched the game between the Collingwood Magpies and the Essendon Bombers in Aussie Rules Football in Melbourne.

Both states closed their borders to travelers in March 2020.

Apart from a few exceptions, only its own citizens and people with residence were allowed into the country.

From mid-April of this year, quarantine-free travel between New Zealand and Australia was possible again for the first time since the beginning of the corona pandemic.

In addition, a system with so-called "quarantine hotels" was introduced to prevent possible entries of the coronavirus. If a major outbreak did occur, the authorities usually acted quickly and consistently - with lockdowns, tests and contact tracing. Most recently, the Western Australian metropolis of Perth was locked down for three days. According to media reports, the trigger was a man who had infected other returnees in a quarantine hotel after returning from his wedding in India. New Zealand then temporarily restricted travel from the affected state of Western Australia. In the meantime, Australia has banned entries from India, where corona record numbers are currently being set. New Zealand had already banned entry from India three weeks ago.

Corona vaccinations: Australia is lagging behind - "failure" and "chaos"

Probably the biggest shortcoming in the corona management of the two countries is the sluggish vaccination campaigns.

So far, just over 1.9 million people have been vaccinated in Australia.

Originally, the government's plan was to fully vaccinate the entire population by the end of the year.

At the current speed, however, this goal would not be reached until August 2023, as reported by the Australian news portal

The Australian vaccination campaign was particularly stalled by the rare cases of blood clots after vaccination with the Astrazeneca vaccine. Health officials decided that the vaccine should no longer be given to people under the age of 50. The problem: Astrazeneca should be the preferred corona vaccine in Australia. The authorities then ordered more doses of the vaccine from Biontech / Pfizer, but are now relatively far back in the queue. The Biontech / Pfizer corona vaccine is the only one approved in Australia, alongside the Astrazeneca vaccine. Some Australian media have already described the vaccination campaign as a "failure" and "chaos". Australian Prime Minister Scott Morrison has so far been unimpressed by the criticism. One can learn from vaccination campaigns in other countries.

So far, only around 183,000 people have been vaccinated against the coronavirus in New Zealand.

They initially focused on the risk groups and used the vaccine from Biontech / Pfizer.

New Zealand's Prime Minister Jacinda Ardern said that the situation cannot be compared with other countries.

“We have absolutely accepted that we will not be the first to launch because the situation in New Zealand is so different.

Our people don't die, ”she told

She believes that the population therefore understands that it is a little later and that other countries that are more severely affected receive their deliveries earlier.

Opposition politician Chris Bishop, however, clearly criticized the vaccination campaign. New Zealand is "miles" behind expectations. He even fears that the country could lose its lead in the corona pandemic. "The concern is that the options for New Zealand will quickly decline and we will be left behind," he told broadcaster

. He accused the government of "complacency". With the slow corona vaccination campaign, you risk falling behind other countries that could gradually open up both their trade and tourism. 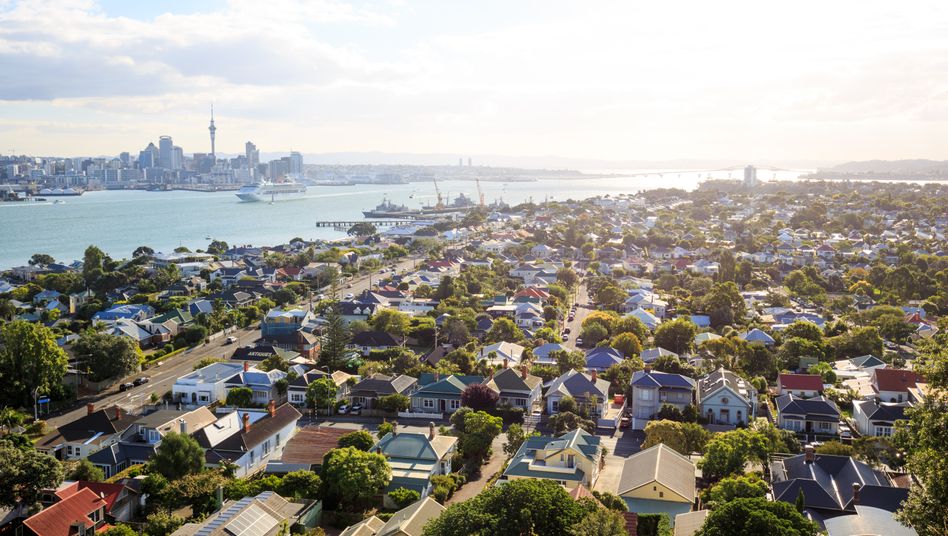 Global city ranking: quality of life in Hamburg and Vienna is falling as a result of the corona pandemic 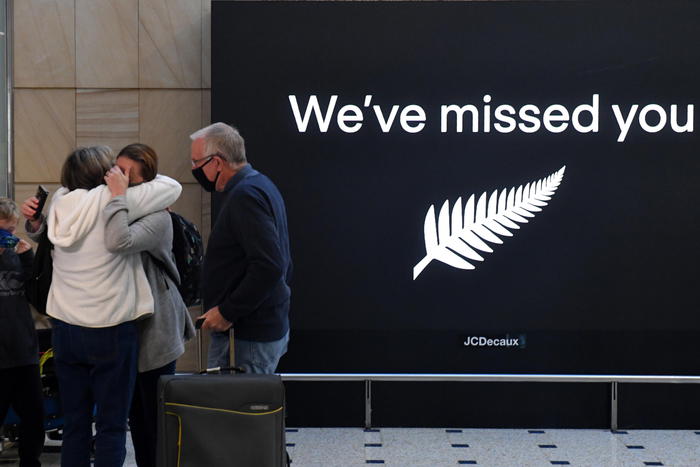 Vienna is no longer the “most liveable city”: Corona shakes up ranking - German city crashes