In the afternoon, the government will announce the "vaccine bubble" to relax the anti-epidemic measures of restaurants and restore some premises. Some people in the industry said that after discussing with the Hong Kong government last week, they agreed to relax the catering industry's epidemic prevention measures starting from Thursday, and dine-in can be opened. 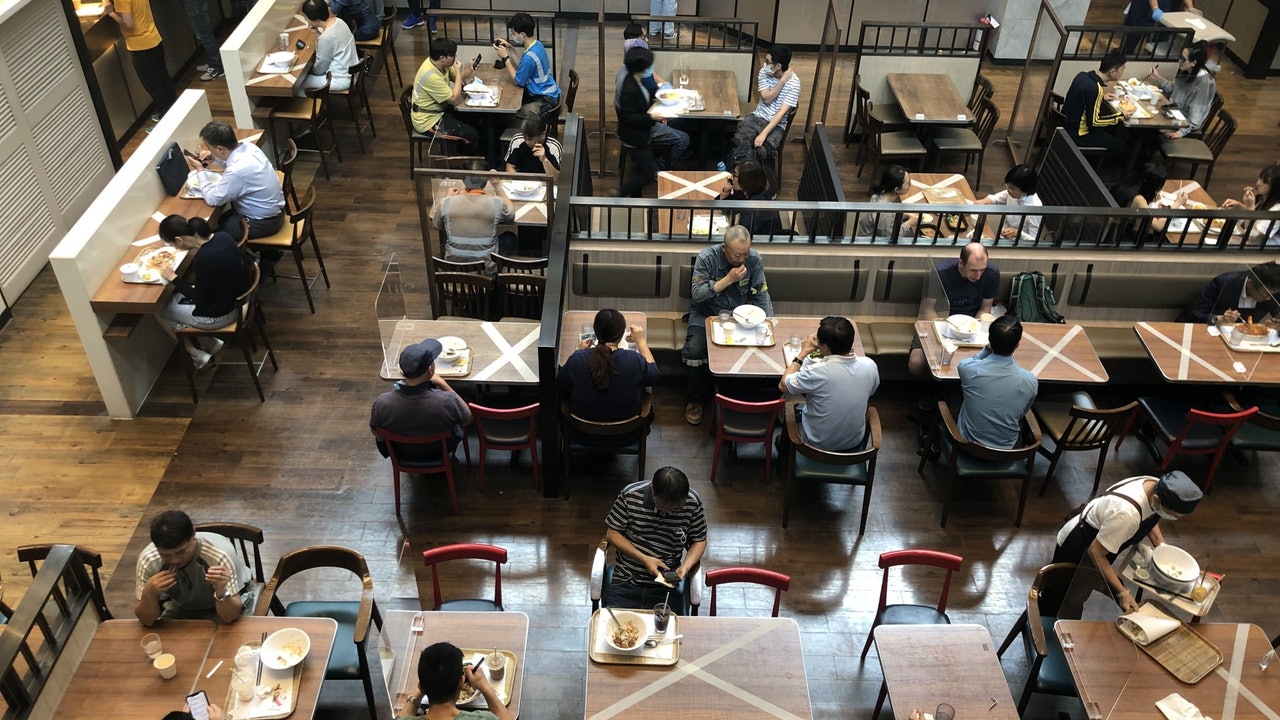 In the afternoon, the government will announce the "vaccine bubble" to relax the anti-epidemic measures of restaurants and restore some premises.

Some people in the industry said that after discussing with the Hong Kong government last week, they agreed to relax the catering industry's epidemic prevention measures starting from Thursday. Dine-in can be open until 12 midnight. Among them, diners need to use the "Travel with peace of mind" app to enter the restaurant during restaurant business hours. Exempt persons must enter and leave together with a person using the "Travel with Peace" program.

The restaurant staff needs to have been vaccinated with the first dose of the new crown vaccine.

If the dine-in time of a restaurant wants to be extended to two o'clock in the morning, employees and diners must have the first shot, and it can be relaxed to 8 people per table, but it will be implemented in the second phase, that is, from the early morning of May 13 .

The maximum number of banquets and banquets can be up to 100 people. Among those attending the banquet, those who have not been injected must undergo a virus test three days before entering the venue and obtain a negative certificate before they can attend.

Huang Jiahe, chairman of the Hong Kong Federation of Catering Industry Association, said that after discussions with the Hong Kong government last week, the catering industry generally agreed to a new round of relaxation of the catering industry’s restrictions on gathering conditions, and it will be launched this Thursday (29th). Except for those who show proof that they cannot be vaccinated due to their physical condition, other shop assistants need to be vaccinated for the first time, and diners need to use the "Travel at ease" app to enter the restaurant during business hours, that is, "writing paper" is not allowed , Can be released until "6 people per table" and open until 12 midnight.

In the new regulations, people under the age of 15 and those over 65 years of age can be exempted from using the "Travel with peace of mind" program, which can be replaced by "Paper", but the relevant diners must enter and leave with a person using the program of "Travel with ease", not alone In and out, if the restaurant does not follow the above new measures and conditions, it can only remain open until 10 pm and maintain a table for 4 people.

Huang Jiahe, chairman of the Hong Kong Federation of Catering Industry Association, said that most restaurants have implemented a lot of anti-epidemic measures and agree that it is worth relaxing first.

In order to further respond to the market situation, Huang said that after further discussions between the industry and the government, it was agreed that the second phase will be tentatively scheduled for two weeks later, that is, in the early morning of May 13. All restaurant staff need to be vaccinated except for those who cannot be vaccinated due to individual reasons. The second dose of vaccination is given during the two-week "buffer period"; in addition, diners who enter the restaurant, if they have received the first dose, can stay in the relevant restaurant for dine-in until 2 in the morning.

The Hong Kong government will launch a program to confirm the vaccination. The restaurant scans the QR code on the customer's "vaccination certificate" for verification. The program will be displayed in different colors to show the person's vaccination status. There is no need to verify the information again during the period.

In addition, the occupancy rate of the restaurant can also be relaxed to 75%, with a maximum of 8 people per table, and the maximum number of banquets and banquets can be limited to 100 people.

I asked if not all of the people attending the banquet have been vaccinated, the Huang Jiahe pointed out that the Hong Kong government will introduce grace measures. Those who have not received the injection need to undergo a virus test three days before entering the venue and obtain a negative certificate before they can attend.

Huang said that the catering industry has generally recovered 85% of its business volume under the relatively stable epidemic, and the employment situation has still improved. The new relaxation measures have a positive impact on large restaurants, namely restaurants and banquet-based restaurants. Regarding the Hong Kong government’s request for people to eat in restaurants to use the "Travel with peace of mind" program, he said that some restaurants are currently open until 10 pm, and some people are used to eating earlier, and they can still choose the mode of operation and believe that there is still room for diners Make a personal choice.

The industry generally agrees with relevant measures on the premise that it supports epidemic prevention and hopes to further resume business.

He also mentioned that some people in the industry suggested that the restaurant should be vaccinated and registered to use the "safe travel" clean zone (clean zone), but he said that it is not effective for some small economic restaurants with a relatively narrow status. Big, "Many noodle stalls and tea restaurants are narrow. Even if McDonald’s Café de Café has a fixed table of four, there is no division, and it has little effect on the land." In addition, after discussing with the industry a few days ago, it is currently about 30% or more. Employees have been vaccinated, and it is believed that the number of vaccinations in the future will continue to rise due to "starting work".

New crown pneumonia|Xu Shuchang: The restaurant staff is relatively stable after three-day inspection, but it is still too late to be vaccinated 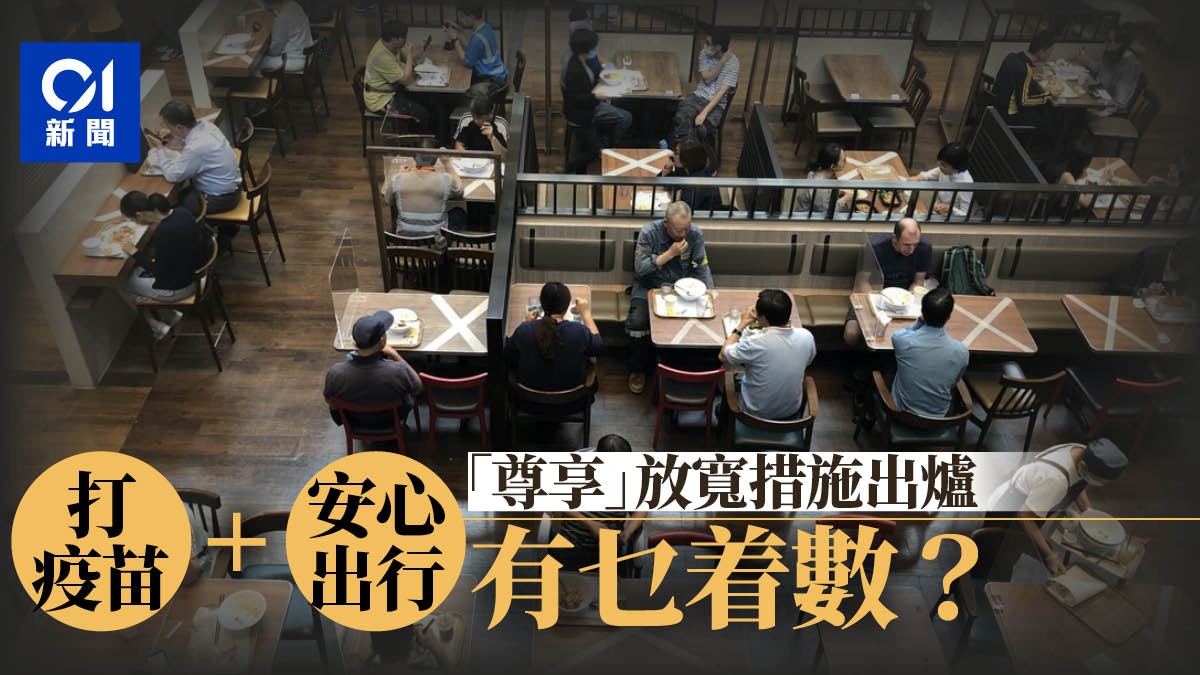 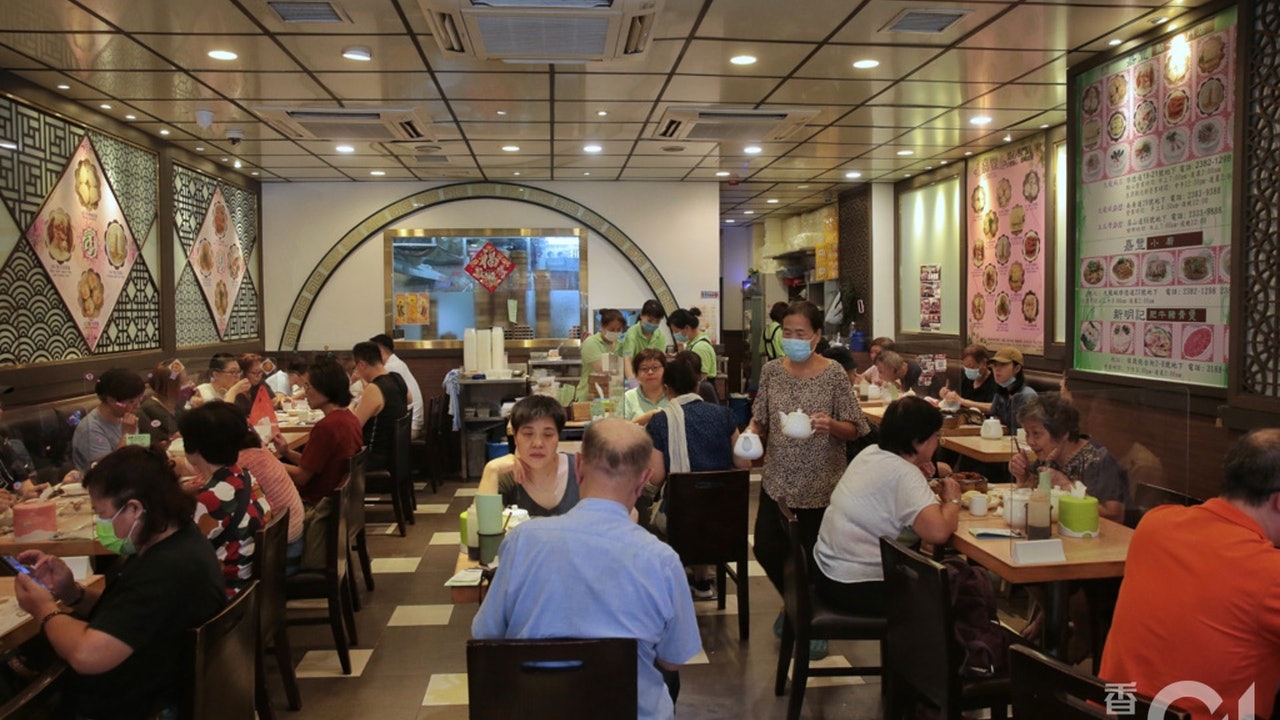 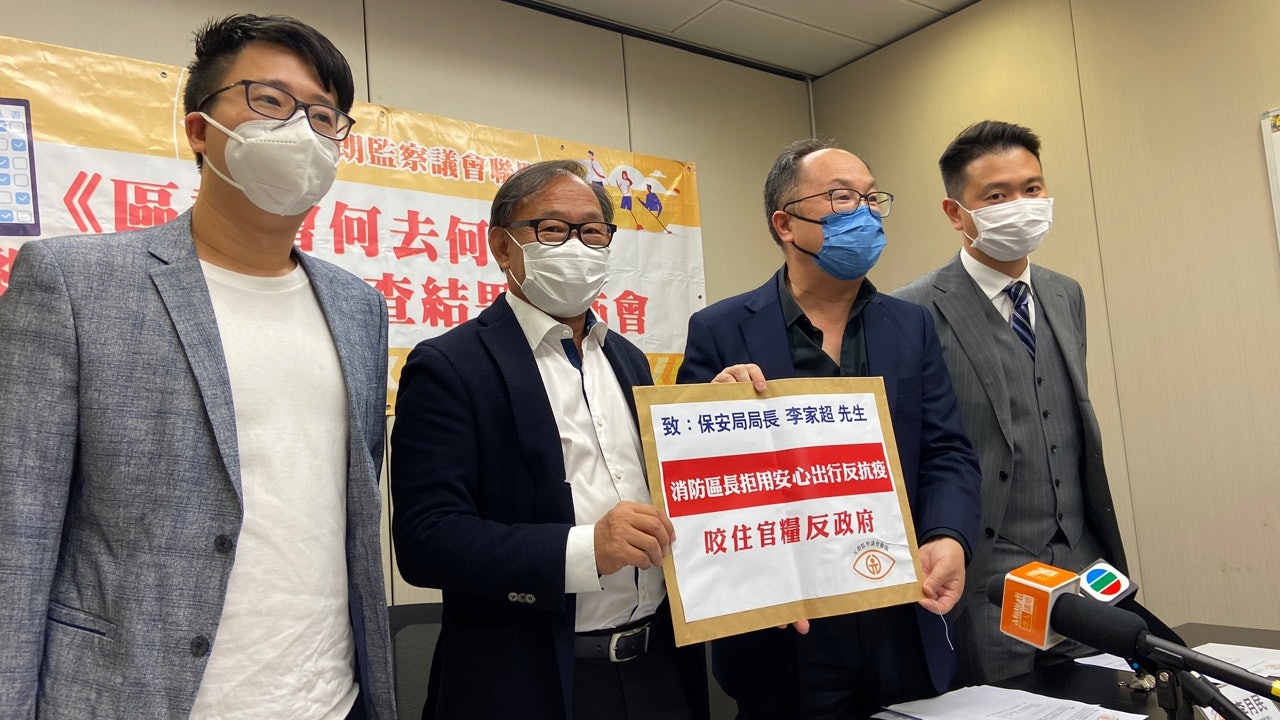 The fire district chief suspected a meeting to refuse to sweep the peace-of-mind travel establishment, "bite the official food and oppose the government" 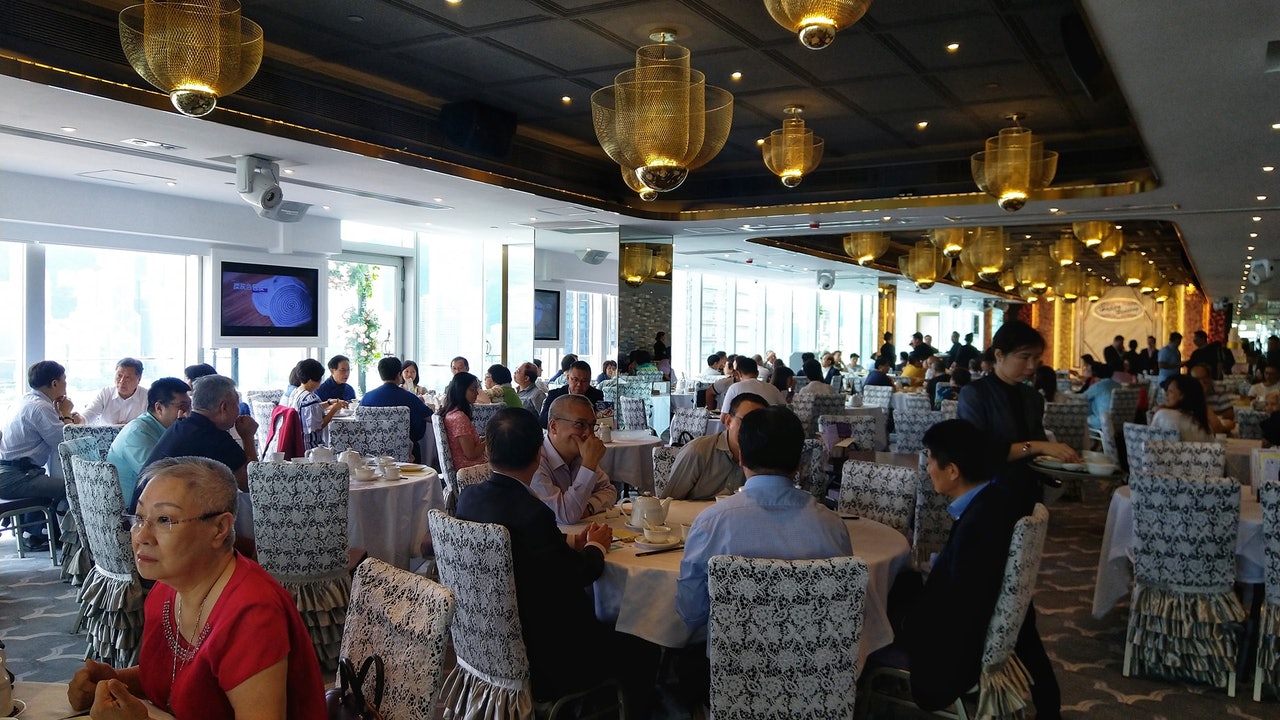 Vaccine Bubbles | 4 people gathering limit is not relaxed, indoor weddings can increase to 50 people to attend the ceremony and have to get an injection 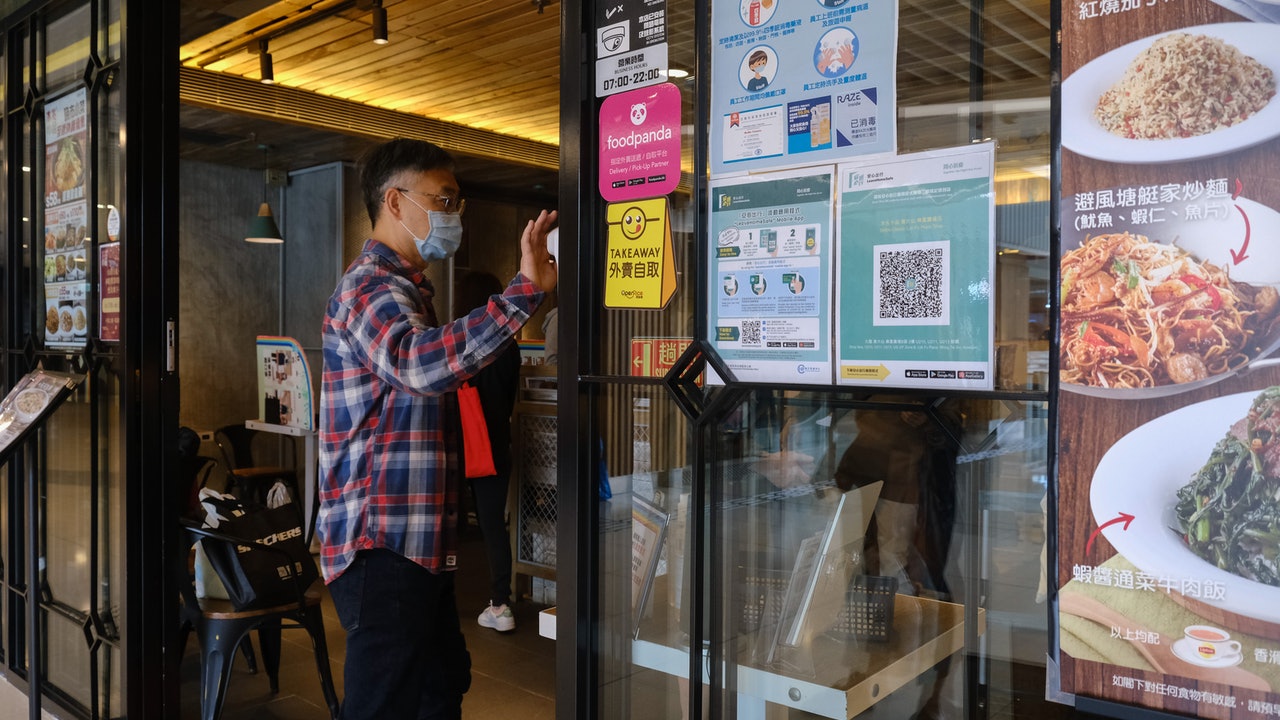