The more COVID-19 spreads in India, the more likely it is to mutate and create variants that could resist current vaccines. 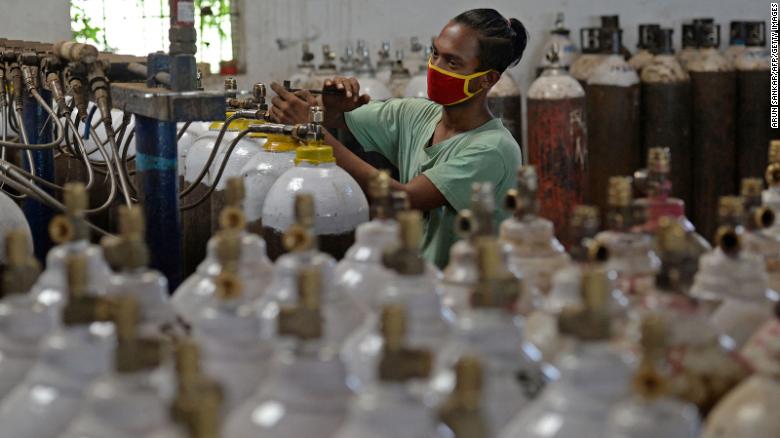 A divided scenario is unfolding as the world battles the covid-19 pandemic.

In countries like the United States and the United Kingdom, jubilant and newly vaccinated people hug their loved ones after a long period of separation.

In India, infected people are being shunned from hospitals that have run out of beds and oxygen, as the number of new cases rises to record levels every day, creating a national crisis with global repercussions.

The more the virus spreads, the more chance it has to mutate and create variants that could eventually resist current vaccines, threatening to undermine other countries' progress in containing the pandemic, experts warn.

"If we don't help in India, I'm worried about an explosion of cases" around the world, said Dr. Ashish Jha, dean of the School of Public Health at Brown University.

That is why the wave of covid in India is a global problem that needs a coordinated response.

Collapse in India due to the covid-19 pandemic 1:07

US oxygen concentrators - medical devices that compress oxygen from the air - arrived earlier this week, and on Wednesday the UK, Italy and Germany sent more medical teams as Russian planes took off from Zhukovsky for New Delhi. with medications, monitors and ventilators.

While the immediate priority is saving the lives of those already sick, vaccinating the country is seen as crucial to stopping the spread of the virus.

But despite being home to the world's largest vaccine producer, India does not have enough doses and there is no quick and easy way to produce more.

Western countries have come under fire for stockpiling vaccines, but on Wednesday Britain's Health Secretary Matt Hancock said the UK had no replacement vaccines to ship.

US President Joe Biden said Tuesday that he had spoken with Indian Prime Minister Narendra Modi and confirmed that the United States intends to send COVID-19 vaccines to his country.

Earlier in the week, the United States said it would share 60 million doses of AstraZeneca with other countries, but did not specify which nations or when.

Delivering them could take months, the White House warned.

Equitable distribution of the vaccine around the world is essential, said Dr. Anthony Fauci, director of the US National Institute of Allergy and Infectious Diseases.

Because we're all in this together.

It is an interconnected world.

And there are responsibilities that countries have for each other, especially if you are a rich country and you are dealing with countries that do not have the resources or capabilities, "he told The Guardian earlier this week.

If the wave from India cannot be contained and spreads to neighboring countries with low vaccine supplies and weak health systems, experts warn that the world risks replaying scenes like India's, especially if allowed to newer and potentially more contagious variants are established.

And, with India playing a leading role in making vaccines for other nations, failing to stop their spread there could jeopardize the vaccine's application around the world.

The new coronavirus was first detected in the Chinese city of Wuhan and has since spread around the world from person to person, in some cases mutating into new variants.

In December, scientists detected a new variant, known as B.1,617, in India, although it is not known if this is causing the national wave due to a lack of genomic surveillance.

Anurag Agrawal, director of the Institute for Genomics and Integrative Biology, said on Friday that there is a correlation, however, between the increasing prevalence of variants and the increase in the number of cases in India.

But he noticed that in New Delhi and North India, another variant, first identified in the UK and known as B.1,1.7, was more dominant than B.1,617.

Variant B.1,1.7 is known to be more transmissible.

Fauci said recent data shows that India's domestically produced COVID-19 vaccine, Covaxin, neutralizes the B1,617 variant, suggesting that the vaccines could be used against it.

"Vaccination could be a very, very important antidote," he said, adding that more information was being collected every day.

Other variants, first identified by scientists from South Africa and Brazil, are also believed to be more transmissible than the original strain and have already reached several countries.

So far, the Pfizer / BioNTech, Moderna, and Johnson & Johnson vaccines have shown varying degrees of efficacy against these variants.

However, because the virus can mutate as it spreads, there is no guarantee that available vaccines will protect people from new variants.

A health worker works filling oxygen tanks on the outskirts of Chennai.

This would not leave any country protected, no matter how many people have been vaccinated.

"For selfish reasons, all countries should be concerned about large outbreaks that are out of control," Jha said.

"Countries like the UK and the US are doing a great job with vaccines, and they should feel good about it, but that's as good as the variants that exist."

By contrast, around 129 million people in India had received at least one dose of the vaccine, as of April 27, the Indian Ministry of Health reported.

That is just over 8% of the total population of India.

Experts have blamed the slow administration of the vaccine and a shortage of supply.

Epidemiologist Brahmar Mukherjee says India would need to administer 10 million doses a day to vaccinate all adults in the next five to six months.

That is assuming sufficient doses are available.

Beyond the risk of new variants, the second wave of cases in India presents another more immediate problem for the world.

The country is a major player in the Covax program, the global vaccine exchange initiative that offers free or discounted doses to low-income countries.

India promised to supply 200 million doses to Covax which are being distributed to 92 poor countries.

But its own rapidly worsening situation has led New Delhi to shift the focus of the Covax program to prioritizing India's own citizens.

The Serum Institute of India (SII) had already delivered 28 million doses of the AstraZeneca vaccine, Covax said in a statement in March, but was due to ship another 90 million doses in March and April.

Those deliveries would be delayed, he warned, due to increased demand in India.

"I don't think world leadership has realized how bad this delay can be for the world," said Shruti Rajagopalan, principal investigator at the Mercatus Center at George Mason University.

At the time when India is short of vaccines and is keeping its supplies for domestic purposes, it means other countries like South Africa and Brazil have to wait, he said.

"It is delaying the vaccination of the world for many months," added Shruti.

John Nkengasong, director of Africa's disease control body, warned earlier this month that India's export control could be "catastrophic" for the launch of the vaccine on the continent.

Despite the disruption in supplies from India, Covax said it was on track to deliver all scheduled doses in the first half of this year, and expects to provide 2 billion doses by the end of the year.

India's experience underscored the importance of diversifying the supply chain, and Covax was trying to strike deals with more vaccine manufacturers, which would be announced soon, he said.

Before its own coronavirus crisis, India took a leadership position in the global effort to end the pandemic.

Prime Minister Narendra Modi pledged millions of doses to the Covax program and earlier this year donated vaccines to other countries, including Guyana, Guatemala, Seychelles and the Maldives.

The prime minister's generosity, however, has not protected him from public anger at home for his alleged role in exacerbating the domestic health crisis.

For example, Modi allowed a massive week-long Hindu pilgrimage to continue with millions of attendees traveling to numerous states, and his political party held large rallies for the upcoming elections in four states and one union territory.

The prime minister has recognized the magnitude of the crisis and is trying to accelerate the vaccination program nationwide.

Starting May 1, state governments and private providers will be able to vaccinate those 18 and older.

Specialist: Crisis in India must concern WHO 2:06

The cost of each dose of vaccine is also falling, after the Serum Institute of India (SII) said it would charge less per dose so states can vaccinate more people.

But with hundreds of thousands of new cases every day, India needs much more help to contain the wave.

India has tried to create more flexibility in the vaccine market.

At a meeting of the World Trade Organization (WTO) last year, India and South Africa proposed that the organization temporarily suspend intellectual property rights in an effort to boost the production of COVID-19 vaccines for low-income countries. .

The proposal was supported by more than 80 developing countries.

A temporary ban would allow multiple players to start production earlier, rather than concentrating manufacturing in the hands of a small number of patent owners, The Lancet reported.

But richer countries, including Britain, Switzerland, the European Union nations and the United States, blocked it, arguing that suspending intellectual property rights would not result in a sudden increase in vaccine supply.

Protecting intellectual property would encourage research and innovation, they said.

Jha, from the Brown University School of Public Health, said that intellectual property was not the main obstacle to more vaccines.

He said the main problem was lack of capacity.

“If we made the intellectual property available today, we will not add vaccines today.

It is about technology transfer, knowledge of how to make vaccines.

It is really a complex biological agent.

It is not clear to me that India has a lot of unused vaccine capacity.

However, this brings things back to square one.

The longer India's healthcare system is unable to respond to this public health crisis and the longer vaccines remain in short supply, the longer this virus will remain a threat to the world.

"That is why we and other rich countries have to exercise what I think is a moral responsibility to help the rest of the world get this under control," Fauci said.

“In a year we will be in much better shape than we are now, but there will be other countries that will not be.

The sooner we protect the rest of the world, the more secure our protection will be. 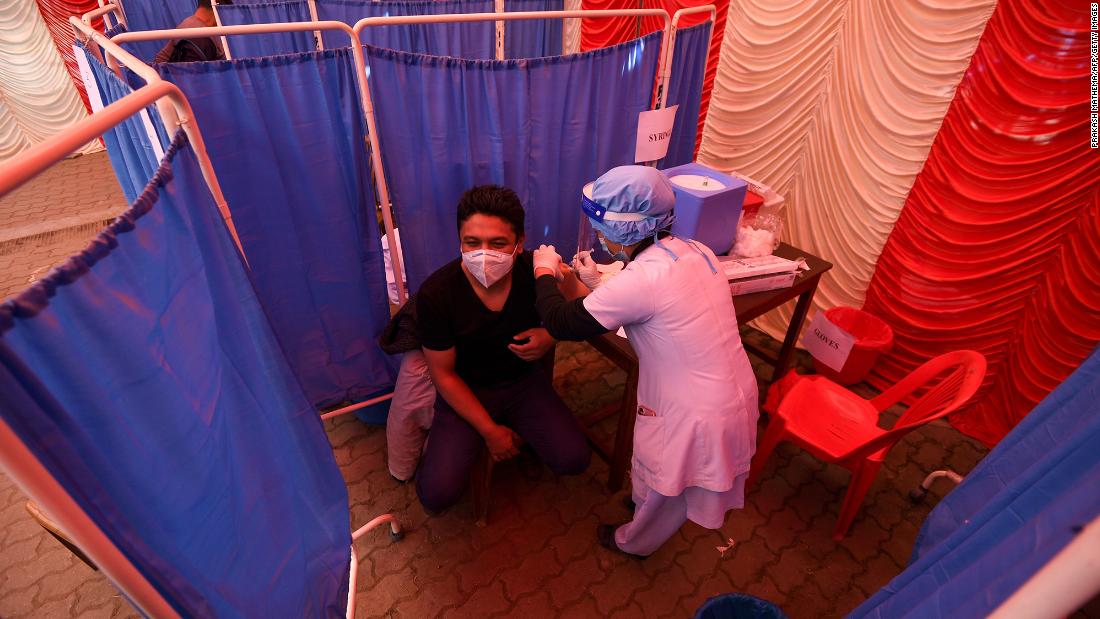 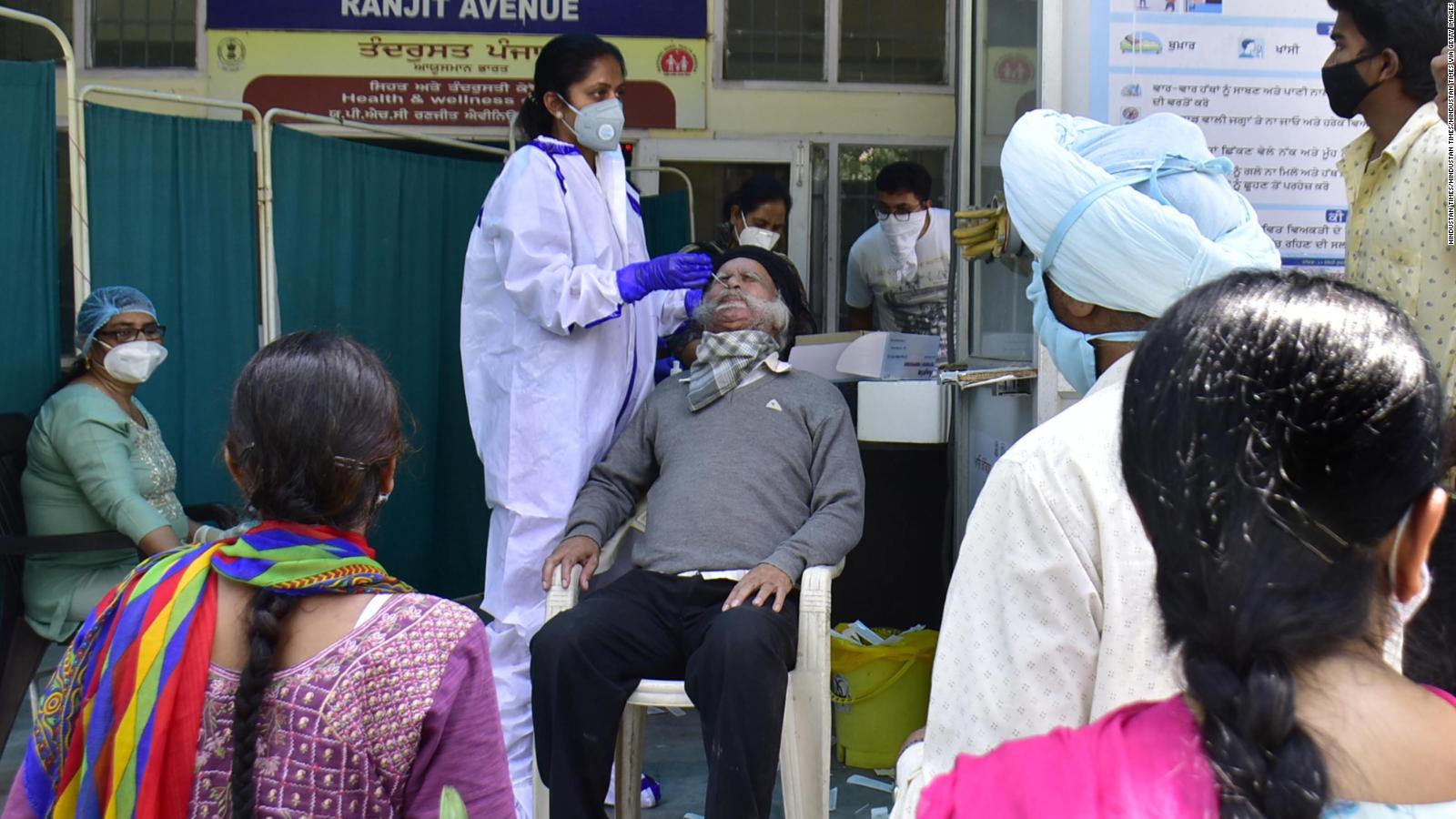 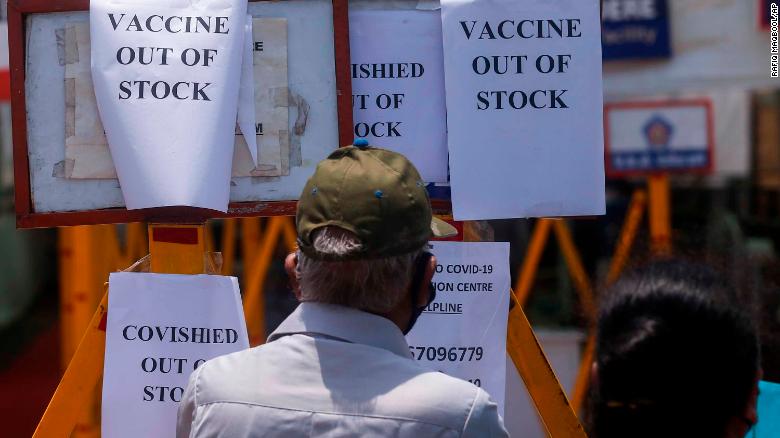 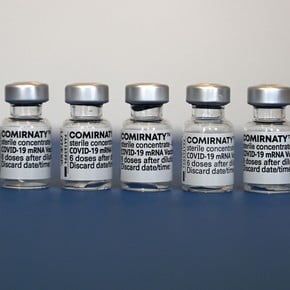 Coronavirus in the United States: Deaths so far could be 900,000, 36% higher than the official figure 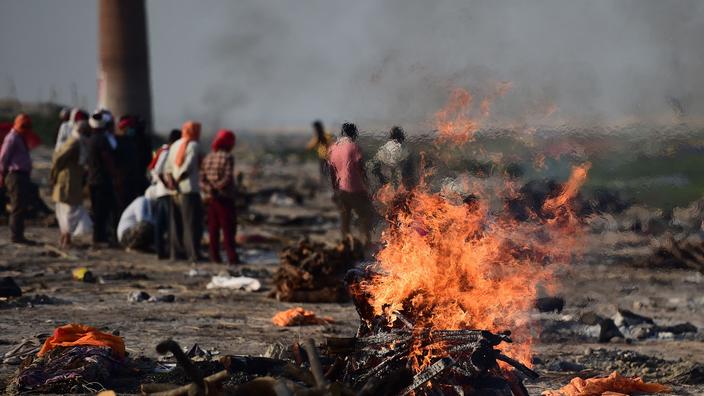 Covid: the situation in India is "more than heartbreaking" according to the WHO 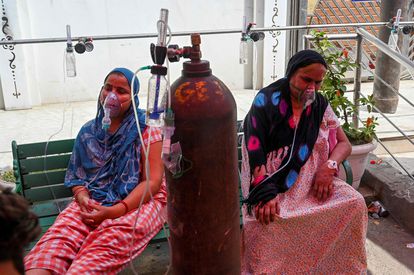 The world responds to the coronavirus catastrophe in India