Two reports in the Donaukurier have brought the matter to light: The district of Garmisch-Partenkirchen is squandering Astrazeneca vaccine through Upper Bavaria? Under no circumstances does the district office counter, but must admit a breakdown with an order. 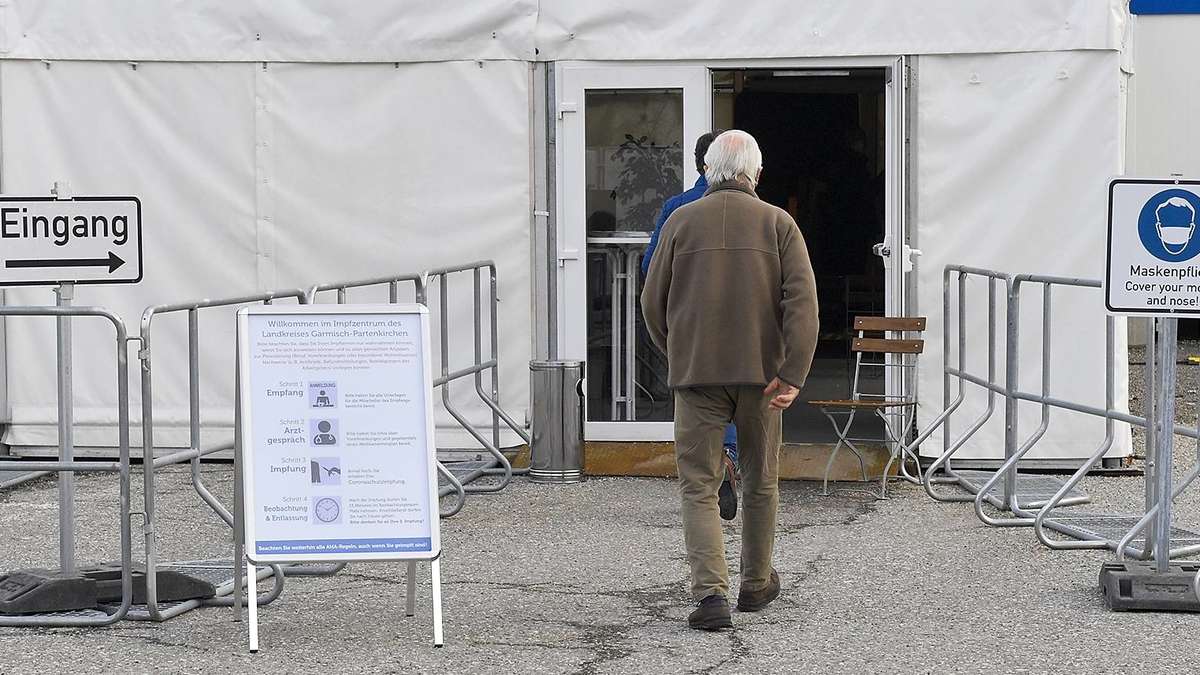 Two reports in the Donaukurier have brought the matter to light: The district of Garmisch-Partenkirchen is squandering Astrazeneca vaccine through Upper Bavaria?

Under no circumstances does the district office counter, but must admit a breakdown with an order.

District - Does District Administrator Anton Speer stroll through the country in donation pants and generously distribute vaccine from the local center? Two articles from the Donaukurier left this impression on district citizens, who angrily reported to the district office as well as to the daily newspaper. Tenor: It could not be that the district is delivering vaccine, where at the same time people in the region are being turned away with the statement that there is not enough active ingredient.

Sad truth or all a misunderstanding?

This question definitely arises, and the district CSU has also formulated it internally to the district office - with the request for clarification.

Stephan Scharf, press spokesman for the authority, insists on the latter.

"The district has nothing to give away, especially no vaccine," he clarifies.

He can no longer hear the myth of slow progress either.

"Thanks to the resident doctors, we are currently at 28.9 percent for first vaccinations and will easily take the 30 percent this week."

Reports in Eichstätt and Pfaffenhofen cause trouble in Garmisch-Partenkirchen

Of course, the articles from Pfaffenhofen and Eichstätt caused a stir between Staffelsee and Karwendel.

Finally, the Pfaffenhofen district administrator Albert Gürtner, as a free voter party colleague von Speer, also noted that he had received 600 doses of Astrazeneca because “the vaccine did not find enough buyers there”.

In Eichstätt, the district administration arranged a special vaccination campaign with 550 doses of Astrazeneca from Werdenfelser Land.

"I am told on the hotline that in my mid-60s I am still far too young to have any hope of an appointment in May," says an outraged reader who does not want to be named.

He heard about the articles in the Donaukurier from his son, who lives near Eichstätt.

"Do you have to understand that?"

It is clear to Scharf that the campaign raises questions. "We definitely won't win a flower pot for it," he says flippantly. But he is also not afraid to give the background. They are not in an act of charity to the Upper Bavarian neighbors, but in a big faux pas that the office has made. “We ordered Astrazeneca on April 9th ​​- and made a mistake,” he admits. The district wanted to order eleven containers of the vaccine for the vaccination center. One container contains 100 doses of the serum. So it should be 1100 cans. "Somehow, however, a zero was added." In plain language, this means: The district ordered 110 containers from the Corona coordination office of the Upper Bavarian government, i.e. 11,000 individual doses. “And we got that too.” The time had come in mid-April. The only problem.At this point it was already known that Astrazeneca could no longer be used for primary vaccinations at the centers. “And the vaccine didn't get that well with us,” admits Scharf. "It just went up and down in the media with Astrazeneca."

The district office came to the conclusion to inform the government.

The immediately started a survey where vaccine was urgently needed.

The feedback was immense.

Not only did Eichstätt and Pfaffenhofen receive units from Garmisch-Partenkirchen, but a total of ten districts throughout Upper Bavaria.

“We should distribute 79 containers, we distributed 65,” explains Scharf.

The district held back 14 units with 1400 doses in order to be prepared for possible upcoming second vaccinations.

More than 3000 people in the district are currently waiting for the second injection, but have to say whether they will trust Astrazeneca again.

The second vaccination - generally a topic that turns out to be difficult. Because the time window at Astrazeneca has been extended by the state from nine to twelve weeks. “We have to completely restart the scheduling process,” Scharf regrets. People are sometimes only informed of the cancellation at very short notice. “There are countless phone calls, people are often annoyed because they set up the appointments specially. A huge effort for everyone. ”And certainly not the last imponderable part of vaccination.