The accident occurred shortly before 10.20 pm (local time) between the Olivos and Tezonco stations. The head of government, Claudia Sheinbaum, reported that she is already at the scene to verify the damage. 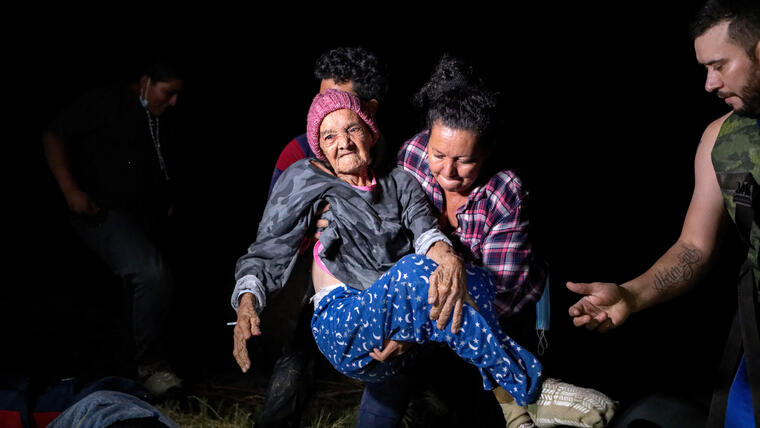 At least 13 people died and about 70 were injured after a sector of the elevated road on which Line 12 of the Mexico City Metro runs collapsed this Monday in the east of the capital at Olivos station.

The emergency services arrived to attend to victims and to remove the collapsed convoy.

"I'm in the place. A trab expired. Firefighters, public security personnel are working. Attending various hospitals. We will give more information shortly," the head of Government of Mexico City, Claudia Sheinbaum, posted on Twitter.

The Secretary of Government of Mexico City, José Alfonso Suárez del Real, explained that the injured are being transferred to the hospitals of Tlahuac and Iztapalapa and, for the moment, no deaths have been reported.

Emergency services immediately arrived to attend to the victims and to remove the collapsed train.

"Moving at this time to the site of the incident on line 12. He reported as soon as he arrives," the head of Government of Mexico City, Claudia Sheinbaum, announced on Twitter.

The accident occurred shortly before 10.20 pm (local time) between the Olivos and Tezonco stations.

In a video from the cameras of the surveillance system of the Government of Mexico City, it is observed how the elevated structure breaks when the train collapses, from a height of about 20 meters, and two wagons of the convoy remain in a "V" "and impacted with the floor.

The accident occurred a couple of kilometers from the Periférico Oriente highway and dozens of agents from the Secretariat of Citizen Security and Civil Protection arrived at the place, who are in the area but at the moment there are no official data on injuries and deaths.

Image of derailed wagons in the Mexico City Metro, Millennium

On January 9, a fire broke out in the control center of the Mexico City Metro, in the Historic Center, which caused one death and at least 30 workers intoxicated, in addition to six lines without service. Mexicana transports about 6 million people every working day, which makes it one of the busiest in the world, although its demand drops during the weekend. Various citizen organizations have criticized the precariousness of the facilities and the lack of maintenance that causes frequent interruptions in Metro service.