After years of hesitation, investment legend Warren Buffett has finally named his successor at the helm of Berkshire Hathaway: Let Greg Abel do it. Who is the man? 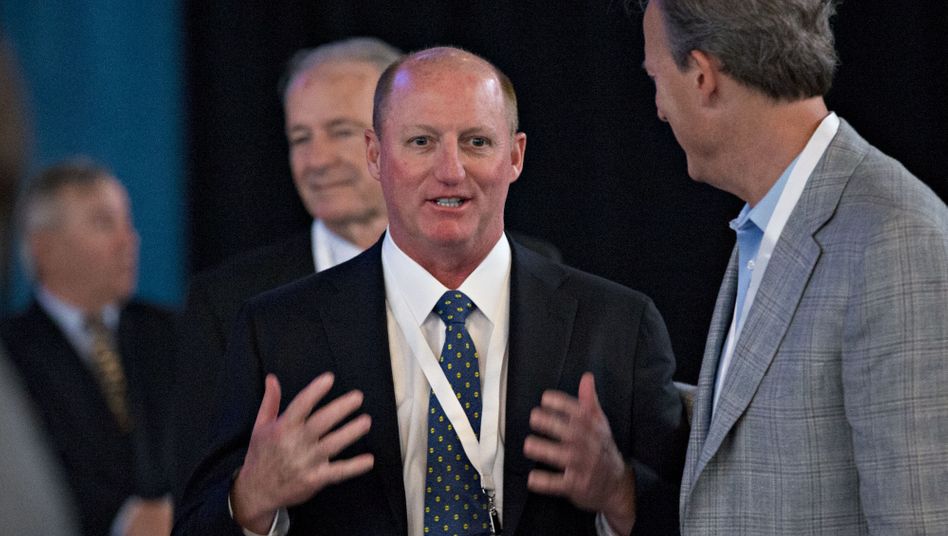 Designated successor to Warren Buffett, the Oracle of Omaha:

According to unconfirmed sources,

is a size 43 shoe - so the footsteps that

Greg Abel has to

. Since yesterday it has been clear: The 59-year-old Abel, who has been with Berkshire Hathaway for more than 20 years, is to replace the multi-billionaire and old master of capital investments, the famous "Oracle of Omaha", at the head of the holding company. In other words, huge footsteps that Abel has to fill in, if not in the literal sense, then certainly in a figurative sense. Does he have what it takes?

Greg Abel was born in Edmonton, Canada, in the classic working class environment, as reported by the US media.

He earned his first living as an adolescent with jobs like distributing brochures or filling up fire extinguishers.

After studying at the University of Alberta, he joined the auditor PriceWaterhouseCoopers in San Francisco in the 1980s.

At the beginning of the 90s, he switched to the energy industry, which Abel has remained loyal to to this day: First, CalEnergy, where Abel worked, took over competitor MidAmerican Energy.

In 1999 Buffett's Berkshire Hathaway acquired MidAmerican - with that, Abel, now President of MidAmerican, arrived in the realm of the now 90-year-old star investor.

Abel also continued to improve at Berkshire, with

(89). Scott Jr., now worth five billion dollars according to Forbes, is a childhood friend of Buffett's who owes a large part of his fortune to the energy investments of the Berkshire boss. So he teamed up with Buffett to take over MidAmerican and is still on various boards of the Berkshire conglomerate to this day. "Greg is the kind of person who, whenever there is something to do, is ready to go and do it," Scott Jr. once said in an interview about Abel.

The hiring brings Abel to the top at Berkshire Hathaway. He has been part of the Group's top management since 2008. He is head of the former MidAmerican, now renamed Berkshire Hathaway Energy (BHE), and also oversees all of Berkshire's energy businesses, be it coal, gas, wind, solar, geothermal or nuclear power. Abel is responsible for a total of around 23,800 employees and sales of 20.9 billion dollars in 2020, as reported by CNBC.

The dimensions will be even bigger in the future: Berkshire Hathaway now owns around 90 companies, not counting various blocks of shares from Bank of America, Coca-Cola or Apple, for example. Overall, the group employs well over 300,000 people with all its subsidiaries. The stock portfolio is reportedly valued at more than $ 280 billion. In the first quarter of 2021 alone, Berkshire posted net income of more than $ 7 billion.

Just a few years ago, Abel described himself as a doer. "I want to make a difference," he told the US education organization Horatio Alger Association in 2018. "I want to be actively involved in making our company successful." He thinks hard work pays off, Abel continues. "In school, in sports and during my professional career, I have made the experience that if I put in a lot of work and am well prepared, success becomes more likely."

He will soon have the opportunity to do so more than ever.

It has been clear since 2018 that Abel is one of the favorites to succeed Buffett.

to Buffett, he was

, the cousin of the former Deutsche Bank CEO

(58), primarily because of his age: Abel is ten years younger than 69-year-old Jain and has thus the better prospect of a longer tenure at the Berkshire top.

It is still unclear when Abel will be at the helm of Berkshire Hathaway. When the time comes, the future CEO says he doesn't even want to try to fill in Buffett's footsteps all by himself. It will be impossible for him to single-handedly replace Buffett, Abel reportedly said at Berkshire Hathaway's recent shareholders' meeting last weekend. The tasks of the long-standing CEO would rather be spread over several shoulders, whereby Abel

is likely to have meant

After all: Buffett is not only ahead of Abel at the Berkshire top at the moment. Financially, too, they hardly meet on an equal footing. Star investor Buffett has amassed more than $ 100 billion in private wealth over the years, making him the sixth richest person in the world at the moment, according to Forbes. Abel, on the other hand, plays in a different league: As "Forbes" also reports, his personal wealth is $ 484 million.

The basis of this is primarily a 1 percent share in BHE, which is worth around 480 million dollars, according to "Forbes".

In contrast, Abel owns remarkably few shares in Berkshire Hathaway himself: According to "Forbes", the future CEO currently only has five Berkshire Class A shares (current price: around $ 400,000) and 2,363 Berkshire Class B shares (price: approx 280 dollars) in the depot.

Together they are worth about $ 2.8 million.

That this package is worth more than $ 100 billion today is largely thanks to Buffett's own credit.

Not least because of this, fans have been calling the old master the "Oracle of Omaha" for years - Greg Abel has yet to earn such an epithet. 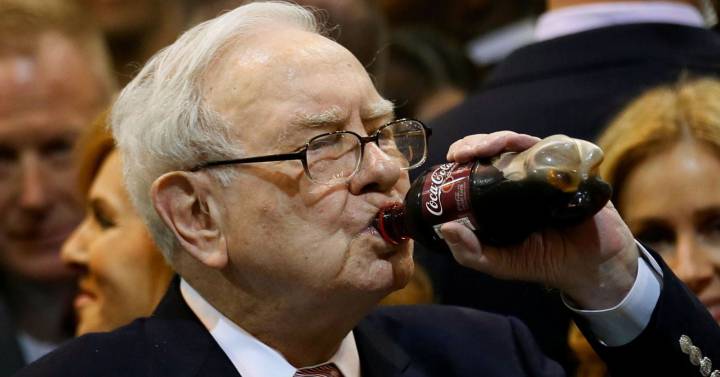 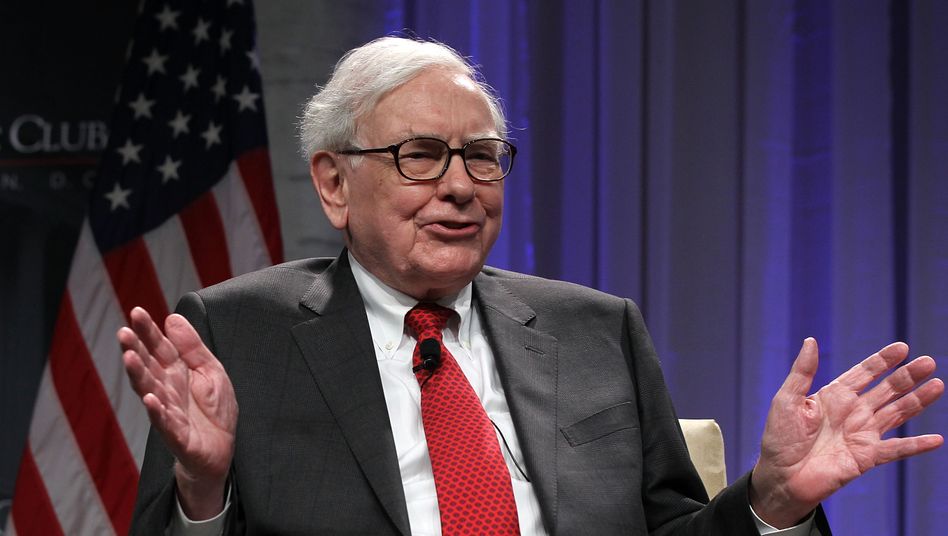 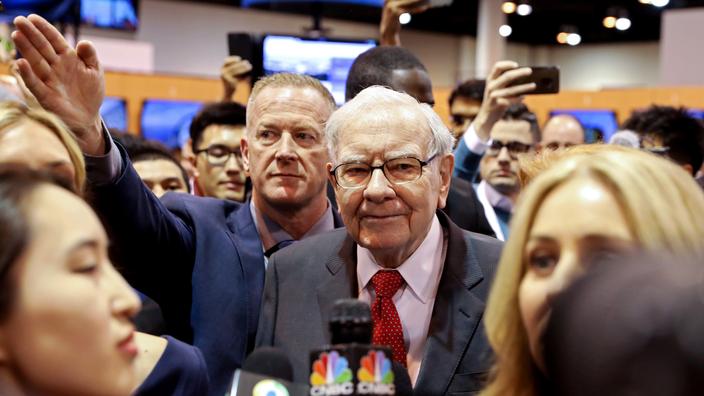 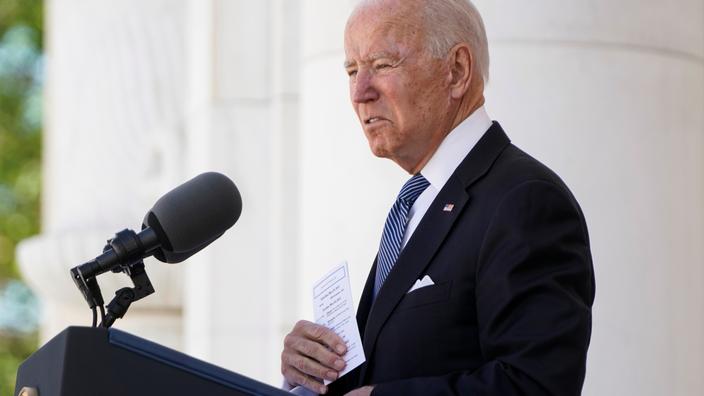 The US military is already preparing for its return to Afghanistan