Is Merkel slipping away from the vaccination debate? Countries are already loosening up - Union speaks of opening up hotels and restaurants

The Corona patchwork quilt is being woven again: When it comes to the question of rights for vaccinated people, the countries are rushing ahead - and the debate has long gone further than the Merkel government's plans. The Corona patchwork quilt is being woven again: When it comes to the question of rights for vaccinated people, the countries are rushing ahead - and the debate has long gone further than the Merkel government's plans.

Berlin / Kiel - It is the big political question of the second Corona summer - and once again the Federal Government of Chancellor Angela Merkel * seems to be overwhelmed by a "wave". This time, however, it is not about corona infection numbers. But about the rapidly advancing vaccinations. And the explosive question of how much, how quickly and for whom, in view of this, the rules should be relaxed.

Merkel and the Prime Minister's Conference postponed the topic last Monday and pushed it towards the end of May.

Since then, numerous federal states have decided on their own to relax the vaccinees.

The SPD has meanwhile put pressure on and presented a draft ordinance in the person of Justice Minister Christine Lambrecht.

But even that is already lagging behind the debate: Even Union politicians spoke of open restaurants and hotels at the weekend - and demanded access for those who have been tested.

First, Bavaria, under Prime Minister Markus Söder (CSU), decided to discontinue the first test obligations for vaccinated people. North Rhine-Westphalia followed suit on Saturday. "It is a first step to equate vaccinated and recovered people with those who tested negative," said North Rhine-Westphalia's Prime Minister Armin Laschet (CDU). They do not pose a major risk, "that is why we are taking back encroachments on fundamental rights for this group of people". Laschet also called for nationwide uniform regulations. CDU veteran Wolfgang Schäuble had previously expressed anger about the patchwork. But it will still take a while until a federal solution is found.

The federal government wants to launch an ordinance in the coming week.

A draft from the Federal Ministry of Justice is already available.

This also provides that fully vaccinated people are exempt from exit and contact restrictions.

to the Federal Council on Friday.

But there have long been calls for more.

Corona easing: Dobrindt wants to reopen culture and gastronomy with "vaccination and testing"

The chairman of the CSU regional group in the Bundestag, Alexander Dobrindt, for example, called for further relaxation. "Vaccination and testing is the way back to normality - and normality can not only mean that visits to the hairdresser are possible without a test and the exit restriction does not apply, but normality also means access to culture, restaurants and hotels," Dobrindt told the

. Anyone who can present a current test certificate must be able to sit in the restaurant again and book hotel rooms or holiday apartments.

Merkel had reportedly spoken out against such plans in a CDU presidium meeting: A full vaccination offers more robust protection than a test, she is said to have declared internally and thus spoke out against equal rights for vaccinated and tested people.

At the request of

massive criticism of this attitude.

So now other parts of the Union seem to be shifting openly.

It is precisely the possible distinction between vaccinated and tested persons that harbors potential for conflict.

According to the Robert Koch Institute, less than eight percent of Germans are currently fully vaccinated.

Schleswig-Holstein's Prime Minister Daniel Günther (CDU) has now warned against discriminating against citizens who have not yet been vaccinated too much.

Günther also insisted on a quick regulation for hotel openings in Germany *. In the future, families could go on vacation in hotels on the North Sea with a mixture of a vaccination certificate for their parents and a Corona test certificate for older children, he argued.

The question of openings, for example in gastronomy or culture, is of course also linked to an economic dimension.

The association of owners of holiday apartments and holiday homes called for quick easing at the weekend in accordance with the rules of the Corona emergency brake, regardless of the vaccination progress.

Association president Daniel Rousta called for openings in areas with an incidence below 100: “The citizens were made palatable to the law in order to avoid the much-quoted patchwork quilt.

Now we are experiencing that every prime minister is once again imposing his or her own power fantasies. "

However, quite large parts of the Federal Republic are still quite a long way from this incidence value. After all: The number of new infections reported within seven days per 100,000 inhabitants continued to decrease on Sunday, which is now the sixth day in a row. It is now nationwide at 146.5. The day before, the RKI had given this seven-day incidence as 148.6, a week ago as 165.6. With 16,290 new corona infections recorded, it still seems too early to give the all-clear.

Either way, there is plenty of movement in the subject.

At the latest in the week from June 7th they would be included in the vaccination campaign with at least 500,000 doses per week, said the Ministry of Health at the request of

This reduces the number of possible disadvantaged people - but at the same time there is also increasing pressure to give back their basic rights to those who have been completely vaccinated.

"In a few weeks we will probably have more vaccine than appointment requests," said Federal Health Minister Jens Spahn (CDU) of the newspaper.

“Company doctors in particular should then help to convince with low-threshold vaccination offers.” In this way, those who “are not looking for the counter-argument, but the opportunity” could also be won over to vaccination.

Vice Chancellor Olaf Scholz (SPD) promised a quick clarification of the open questions on Sunday. He thinks it is realistic that the planned regulation will come into the cabinet on Wednesday and receive the approval of the Bundestag and Bundesrat by Friday, said Scholz on Sunday in the ARD program “Report from Berlin”. "We have the ambition that we get this approval and that would also be right for the rights of the citizens." Health Minister Jens Spahn (CDU) confirmed this plan on Monday. ( 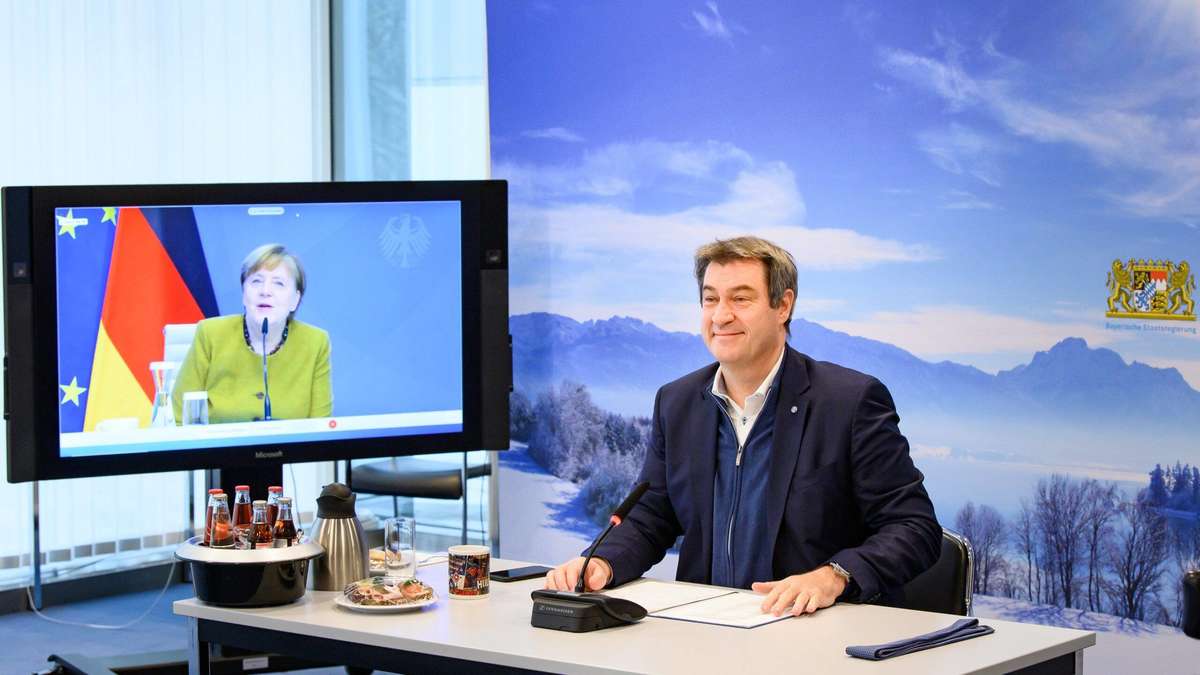 Before the summit: Merkel and Söder suddenly corona loosener? An explosive opening date is circulating internally

Before the summit: Merkel and Söder suddenly corona loosener? An explosive opening date is circulating internally

Coronavirus: Merkel names specific opening plans with rapid tests - "It will be in March" 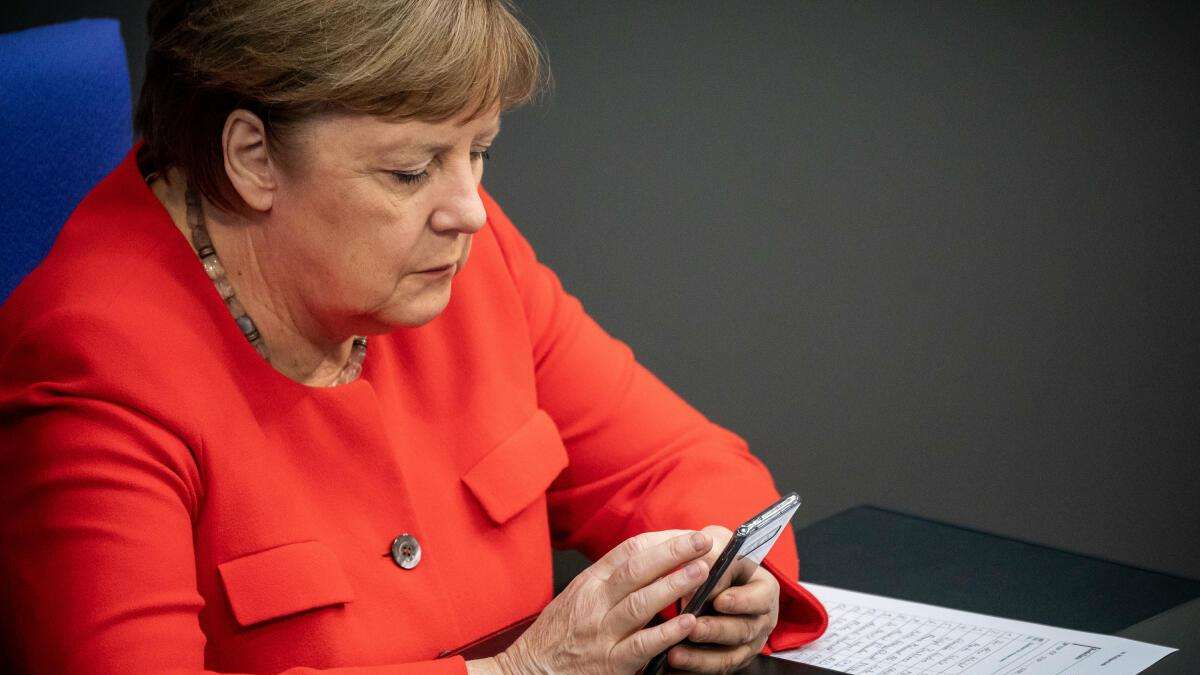 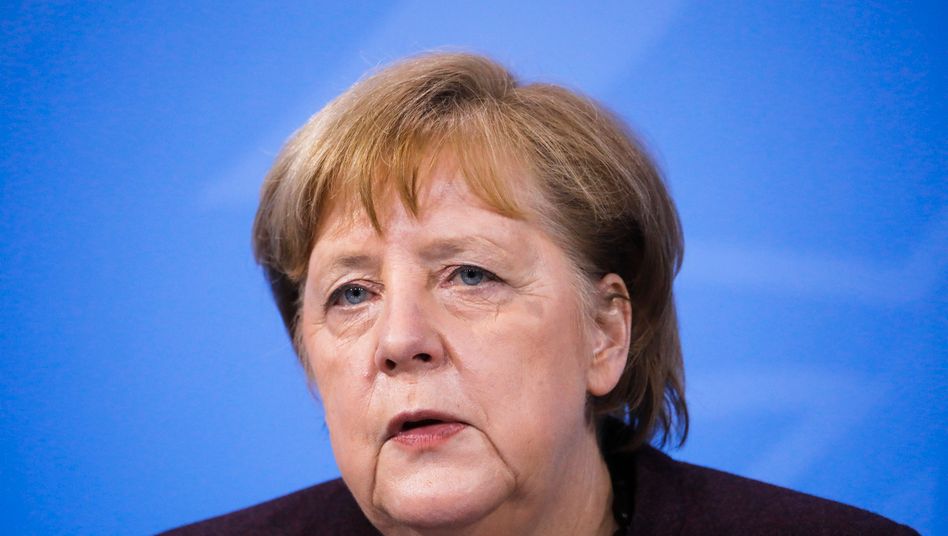