Kwun Tong Redevelopment｜Left-behind merchants refused to move and locked shop. URA sent half a hundred people to take back one shop

The reconstruction of Kwun Tong is in full swing, and the URA issued a notice to move out to the merchants who stayed behind at Yu Man Square in early March. After the reconstruction bureau raided the alley shops on the 14th of last month, one of the left-behind households received a second notice last week 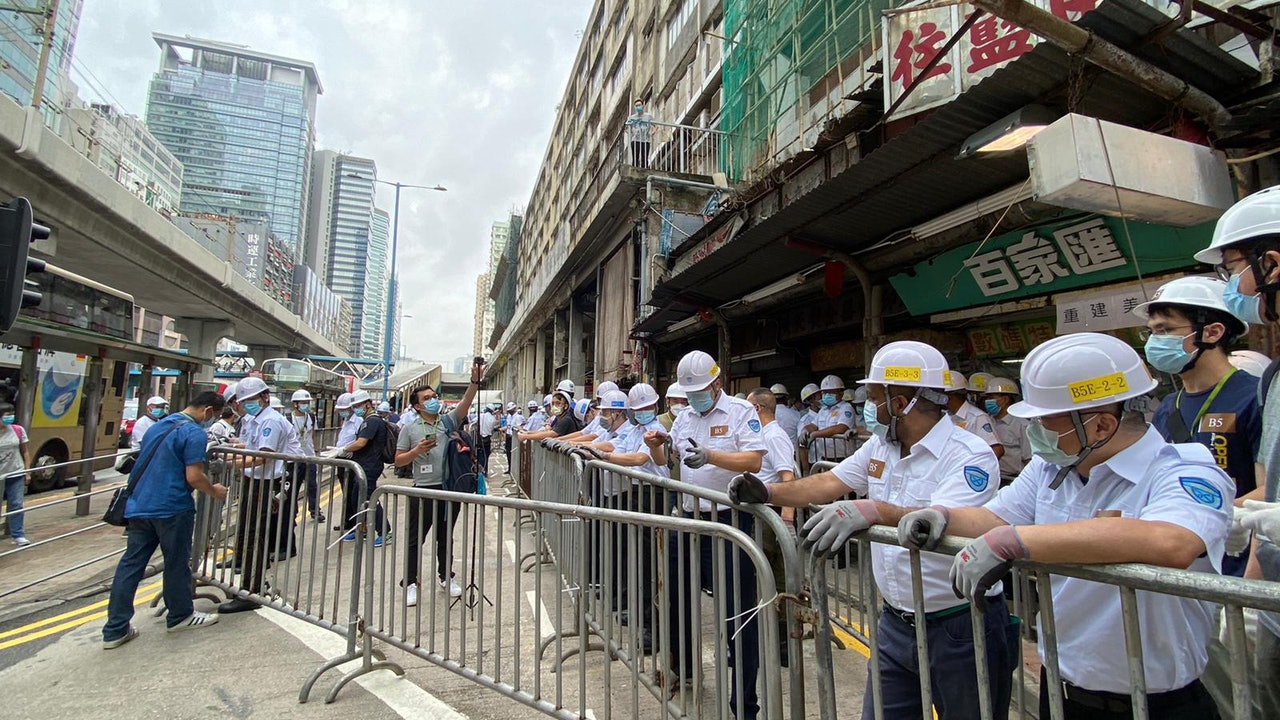 The reconstruction of Kwun Tong is in full swing, and the URA issued a notice to move out to the merchants who stayed behind at Yu Man Square in early March.

After the Redevelopment Bureau raided the alley shops on the 14th of last month, one of the left-behind households received a second notice last week.

Today (4th) is the date of expiry of the notice. In the morning, about 50 staff of the URA arrived at the scene and used iron horses to surround the shop and nearby roads to recover a shop space.

It is reported that the shop in question is owned by Mr. Lin and his partner. Earlier, the partner had accepted compensation from the URA. However, Mr. Lin decided to stay in the store, hoping to get proper compensation. He stayed in the store all night last night and put himself Locked in the store.

In the end, Mr. Lin was taken away from the shop by the staff at 10:30. He expressed that he was confused about the way ahead.

At present, only three households in Yuman Square, Kwun Tong are still behind. The stall owners range in age from 40 to 70, including Mrs. Cheung who sells fruit juices, Mr. Xu who sells leather goods, and Mr. Lin who sells electronics and clothing.

It is reported that the shop that is going to be taken back today is Mr. Lin. He received the second notice to move out last week, and he needs to move out of the shop within seven days. The notice expires today.

At about 9 o'clock in the morning, 50 URA staff were present at the scene.

At the scene, the staff surrounded Mr. Lin's shop and the nearby road with four iron horses.

Fung Ping Tak, the person in charge of the concern group living in Kwun Tong, told reporters that Mr. Lin is currently staying in the shop.

At about 10 o'clock, the staff of the URA entered the shop and issued multiple warnings, asking Mr. Lin who remained in the shop to take all his personal belongings away from the shop.

After a commotion, about half an hour later, Mr. Lin was taken away from the shop by the staff.

Merchants stay at home all night and chain themselves

Mr. Lin pointed out afterwards that he stayed in the store all night last night and locked himself with an iron chain.

He was dissatisfied with the staff of the bureau, saying that when he appeared, he was "clamped and buried shop A and shop C." He clearly stated that only shop B (the orange part) was written in the order, but he was also caught in shop C. Drive away, thinking that the practice is illegal and unfair.

He pointed out that the bureau said that it would pay as much as it paid. He had met dozens of times and talked about it. Even if there were problems with its calculation method, the bureau had not paid attention to it.

Mr. Lin said that he understood the feelings of Rob, the owner of the alley shop, that the Redevelopment Bureau had raided on the 14th last month. "Finally, I understand that Rob's point of view is to die. (They) left me with nothing."

He pointed out that it was difficult to find flat-rent shops when he appeared, and he was very confused about the future: "No plan, no CSSA."

In response to the incident, the URA stated that the final notice of eviction issued by the bureau to Mr. Lin expired in early March. After that, the court bailiff followed the procedure for executing the "warrant of possession", which was in early March and April 27, respectively. During the second visit to two illegal structures occupied by Mr. Lin, the repossession order and notice of moving out were delivered to the occupier, and the relevant persons were notified to move out within 7 days.

As part of the structure is located on government land, the Lands Department has also issued a written notice to the occupier in accordance with the Land (Miscellaneous Provisions) Ordinance, ordering Mr. Lin to stop illegal occupation of government land before May 4, 2021.

When the time limit expires, the government will take over and remove all property on the relevant government land, and the occupier may also have to pay all relocation expenses and be convicted.

After the Bailiff and Lands Department staff posted the notice, the staff of the URA contacted Mr. Lin to confirm that he had received the notice and was aware of the arrangements for the resumption of the structure, and once again urged him to accept the relocation plan before the deadline expired.

With the expiration of the deadline for the final notice to move out, this morning, the bailiff and the Lands Department executed the "warrant of possession" issued by the court in accordance with the existing procedures, and took back the two underground spaces at No. 441 Kwun Tong Road Illegal structures on private land; Lands Department staff also took back possession of structures on government land in accordance with the Land (Miscellaneous Provisions) Ordinance.

Before the clearing operation, the bailiff repeatedly called on Mr. Lin to obey the court order and leave immediately. The representative of the URA was also present to clearly read the contents of the warrant of possession to Mr. Lin and gave three warnings. If Mr. Lin still remained Refusal to leave, all reasonable and necessary steps will be taken to take the occupier away from the structure in order to execute the order issued by the court to retrieve the vacant possession of the structure and the occupied government land.

The URA stated that after the last warning from the bureau representative, the accompanying engineer was asked to help him cut off the chain in Mr. Lin's hand to help Mr. Lin leave the structure safely.

After the bailiff and the Lands Department have retrieved the vacant possession of the structure, they will make a separate list of the properties in the structure and submit it to the URA for record.

The bureau will temporarily store the items (if any) in the structure, and the occupant can contact the URA to arrange for it to be retrieved.

Kwun Tong Redevelopment｜Stay-behind merchants suspected of being closed down, emotionally moved onto the rooftops to fire air cushions 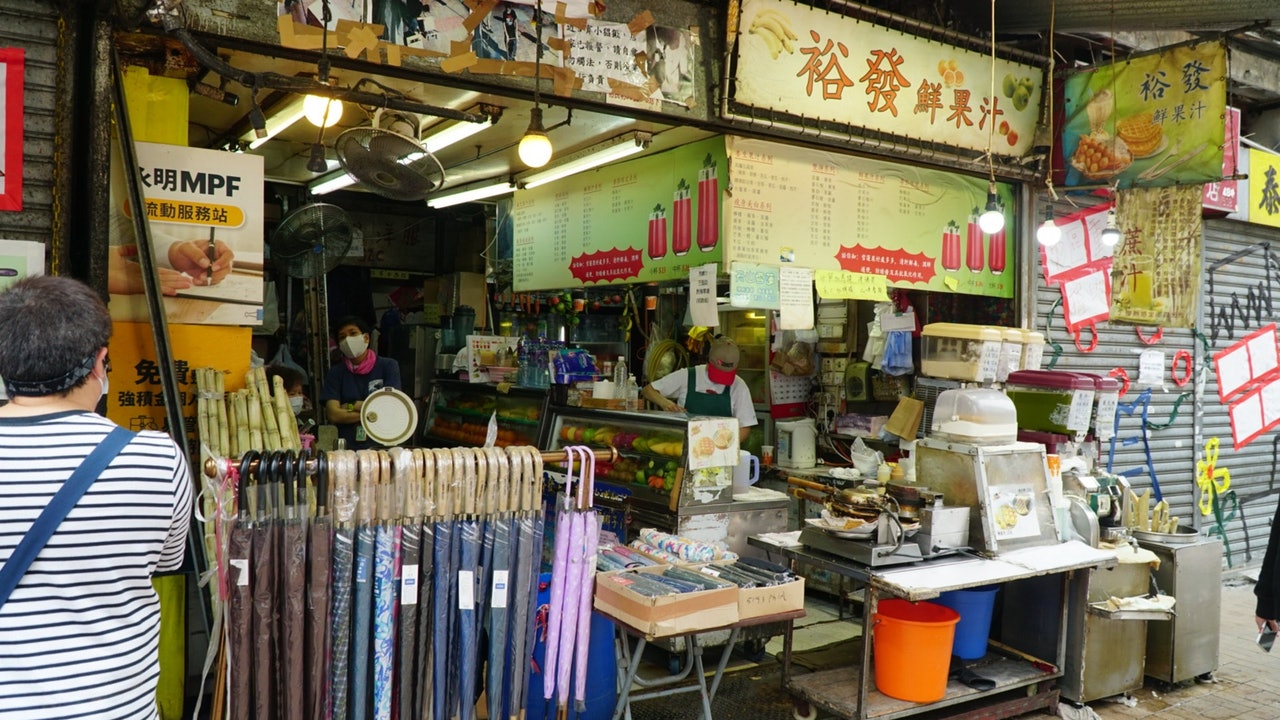 Kwun Tong Redevelopment｜There are still two households who have not moved out of the URA: No allowance will be given after the notice expires

Kwun Tong Redevelopment｜Left-behind merchants refused to move and locked shop. URA sent half a hundred people to take back one shop 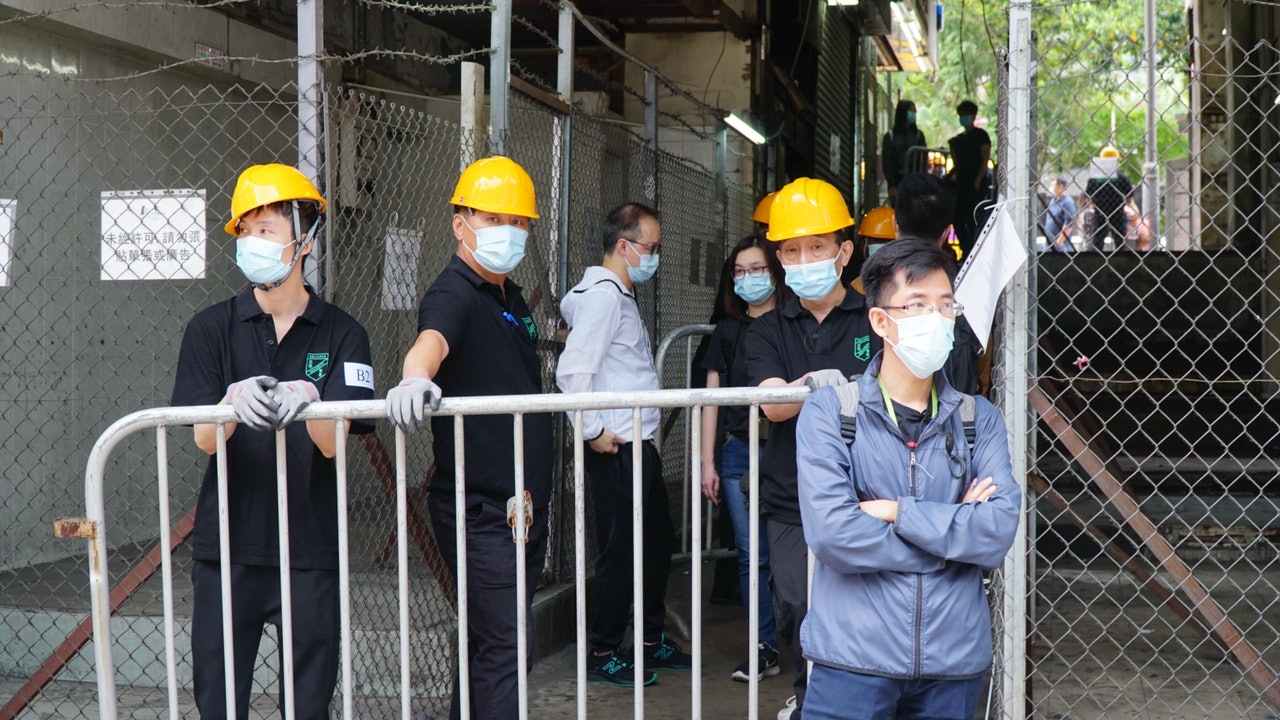 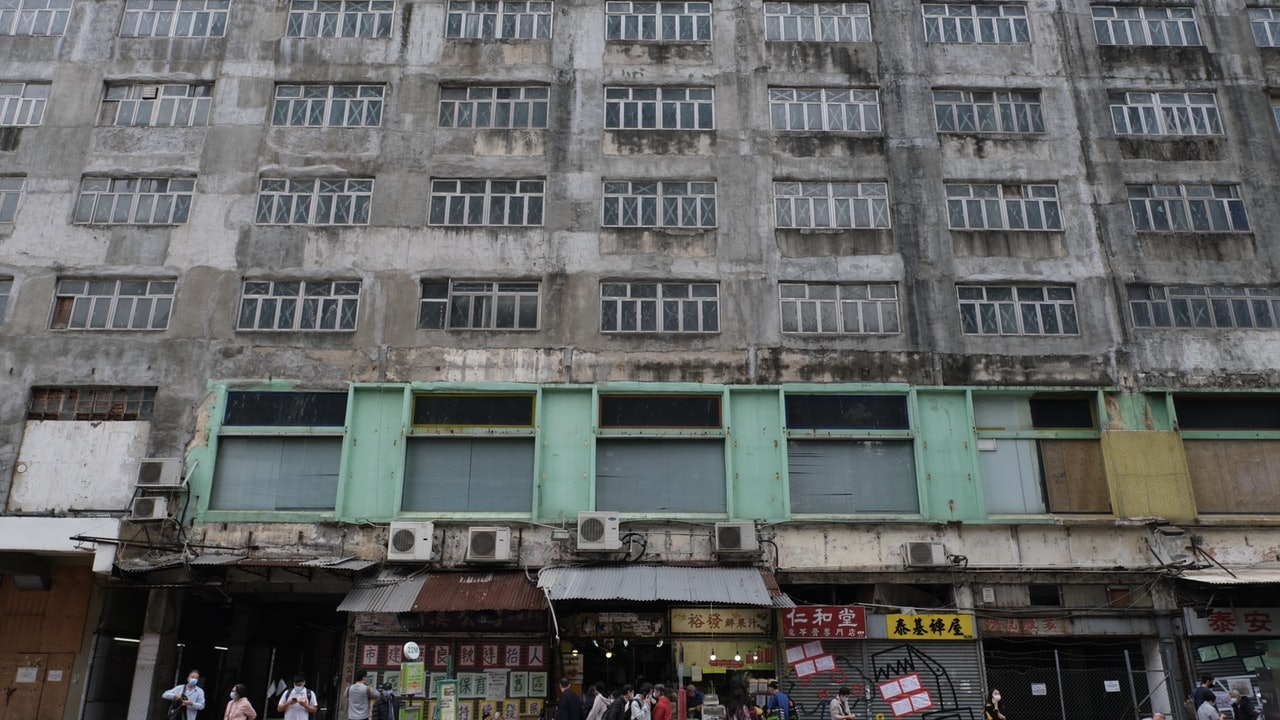 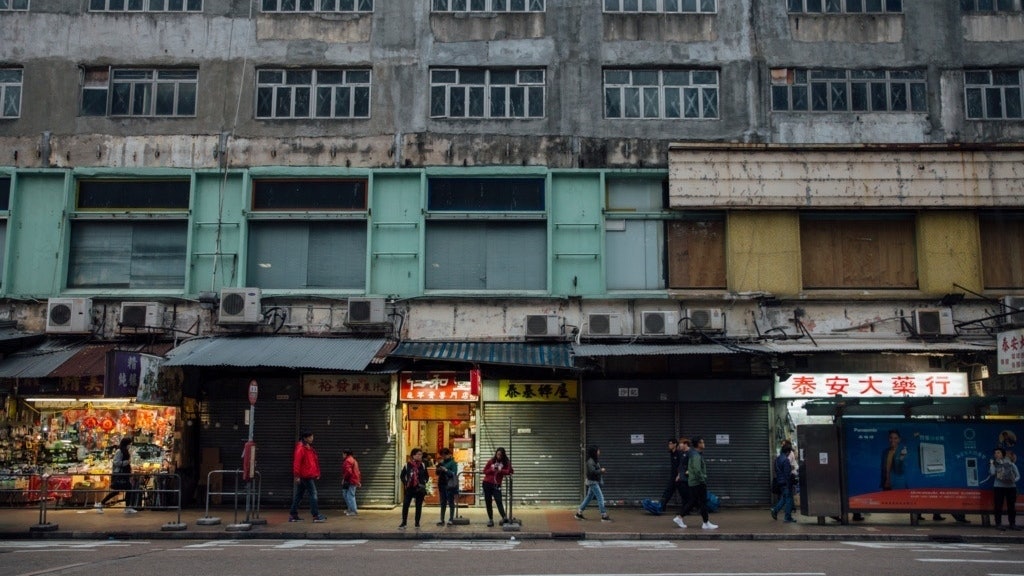 URA urges merchants in Yuminfang to accept subsidies and relocation plan: staying behind will affect tens of thousands of citizens 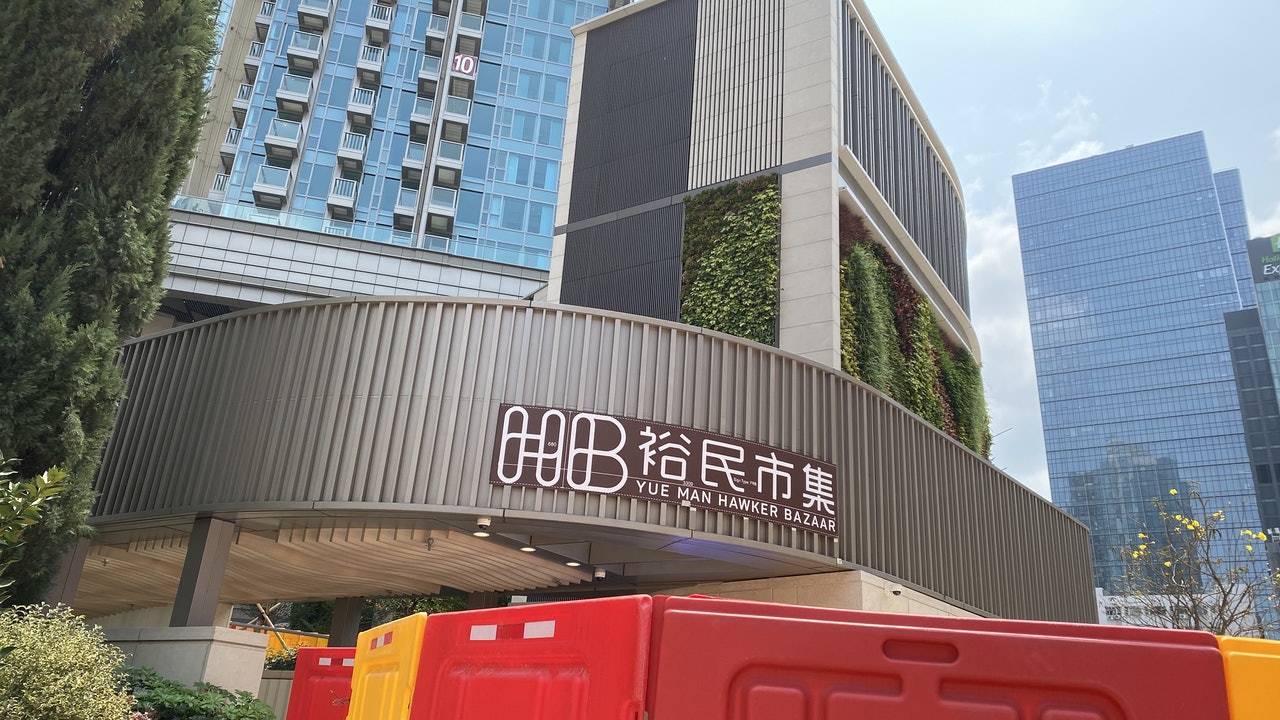 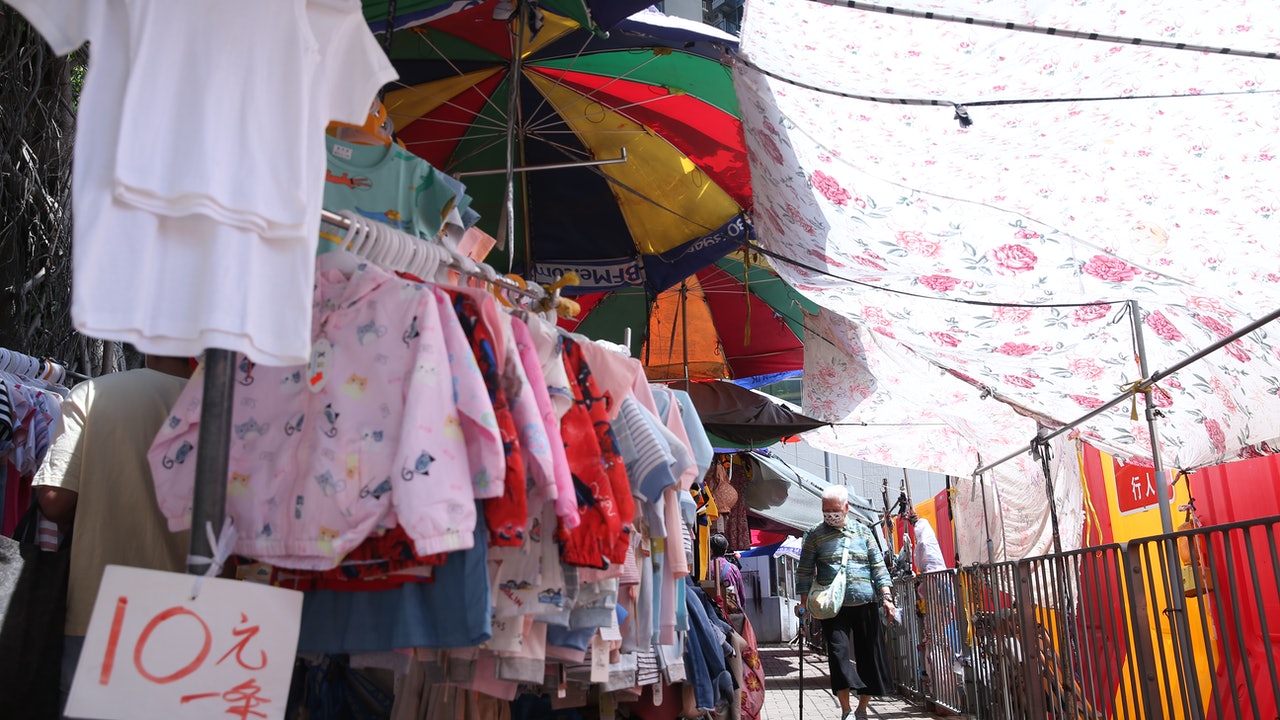 Kwun Tong reconstruction. Two | 13 stalls of mobile hawkers have not been resettled, the stall owner sighs: they are driven away wherever they move 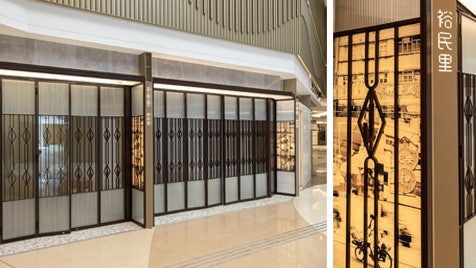