After the international triumph of 'M. The son of the century ', Antonio Scurati publishes tomorrow' M. The man of providence ', the second installment of his great narrative portrait of Benito Mussolini. We advance a fragment that recreates a harangue to the masses by the Italian leader 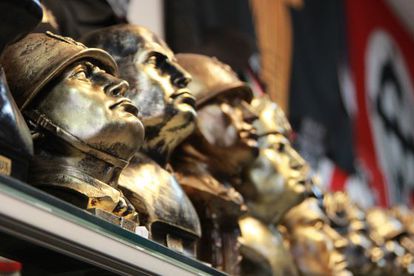 After the opening speech of the secretary, the congress continues in a fast and singular way. There is a lot of, a lot of applause, little is said, briefly, the already registered speakers renounce their interventions, all the items on the agenda are approved unanimously. There is no mention, not even vague, of internal disputes. It is rumored in the corridors that Mussolini seems to have said: "I am with the battle of the wheat and the battle of the lira, I have to solve international questions, I am preparing the laws for fascist reconstruction, do not touch my balls with party issues" . And the party does not seem to want to disappoint him on this occasion either, it agrees, gives way and in the Augusteo a congress is held in the pure fascist style: the fait accompli always precedes the doctrine.The program announced to the press is cut in half during the day.

In this way, Benito Mussolini can go up to the rostrum for his final speech on the same afternoon on June 22.

He promises his audience "an hour of great revelry."

He is still slim, it is true, but in appearance healthy and strong.

No trace of duodenal ulceration appears to remain on him.

, as the secretary would say.

"I knew none of you had aged."

However, I was afraid that four years of time had given your complexion that excess of fat that accompanies the sad passage of forty years.

On the other hand, you are still agile, very agile, muscular, truly worthy of continuing to embody the youth of Italy.

Then, after the pride, after the greetings, after the taunt to the "mysterious divinity of public opinion that the fascists can no longer bring us to the pairo", the first political word is for violence:

"You know what I think about violence."

For me it is deeply moral, more moral than compromise and compromise -

Imagery in memory of Mussolini in a Predappio store.GABRIELE TOSTI

He takes just a moment to clarify that violence must always be guided by the ideal and then the comic interlude begins.

The speaker pauses, slyly scrutinizes the audience, and then continues:

"Now I'm going to make a confession to you that will leave your soul completely shocked." Another pause.

I have never read a single page of Benedetto Croce!

Also the mockery of the human type of the intellectual is brief, agile, graceful, free of adiposity.

This Mussolini does not have time to linger in that race of men who have the merit of always saying something true and the privilege of never seeing the truth.

A little intelligence is fine, but only enough to criticize the adversary.

"University culture has to be assimilated quickly and expelled just as quickly!"

Let's say it frankly: rather than the helpless professor, I prefer the

As exalted when seeing the corpse of the enemy, dejected in the mockery, the Duce of fascism takes off. It barely skims over the much debated issue of compliance with the Statute, striking it down ("the Statute, my gentlemen, cannot be a hook to which all Italian generations are condemned to hang themselves") and then takes flight into the future. "What we want? Something superb: we want Italians to choose, we want the fascism of the country, we want to create a new type of Italian, the fascist man ”, just as there was the man of the Renaissance and the man of Latinity, a brave, intrepid, frank Italian, hardworking, respectful, a new Italian.

In recent weeks, the President of the Government has presented a bill that provides for the purge of non-fascist personnel from the public administration, another that annuls what little remains of the freedom of the press, a third that further reinforces the power of the Executive, he has outlawed the secret associations that resist his power and, taking over the Ministry of War and the Navy, accumulates in his hands all the power of the armed forces. So now, perceiving the clear field in front of him to dispute the pallium of the dictatorship, in a crescendo of delirious enthusiasm and generous refusal to settle for the mean present, Benito Mussolini has a vision of the future, sees the dawn of a new world. From the tribune of the Augusteo Theater in Rome, already cured of the duodenal ulcer that made him vomit blood,the Duce of fascism sees the new generations:

Sometimes I smile at the idea of ​​generations of laboratories, that is, of creating the class of warriors, who are always ready to die;

the class of inventors, who pursue the secret of the mystery;

Even this is driven by his passion for tomorrow: Benito Mussolini dares to dream of castes.

The goal is always the same: empire.

Founding a city, discovering a colony, creating an empire, those are the wonders of the human spirit.

The last word, like the first, is again reserved for violence.

"The flag of fascism has been entrusted to my hands and I am ready to defend it against anyone, even at the cost of my blood."

Like a miasma, the sweet smell of blood spreads vaporous over the audience, shaken by endless applause, while the Augusto Theater acclaims the president's speech.

Jumped to his feet from his golden throne, Roberto Farinacci flakes his hands, bursts into laughter, cheers.

It is the portrait of a happy man.

The man of providence ',

It is published on May 6. 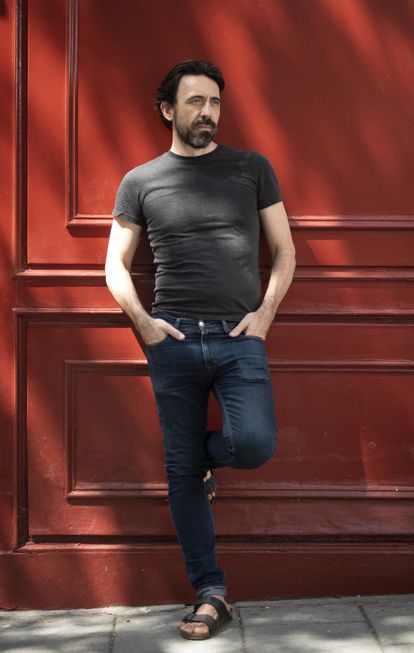 Israel Elejalde: "Now it seems that we must all champion an immovable cause" 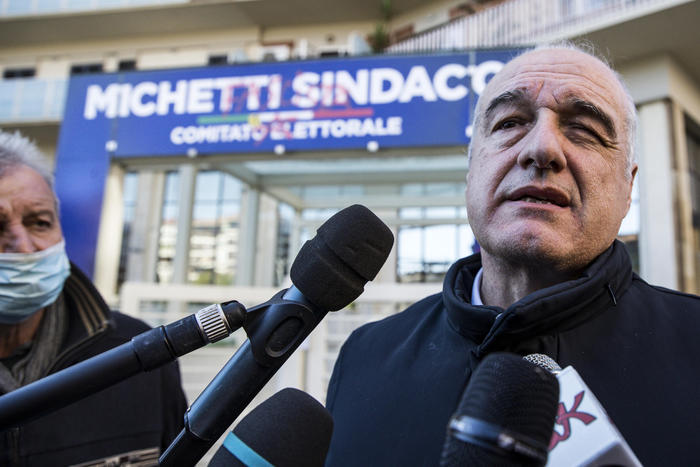 History of Light, the girl of the Resistance, at 13 years old relay / VIDEO - Lifestyle 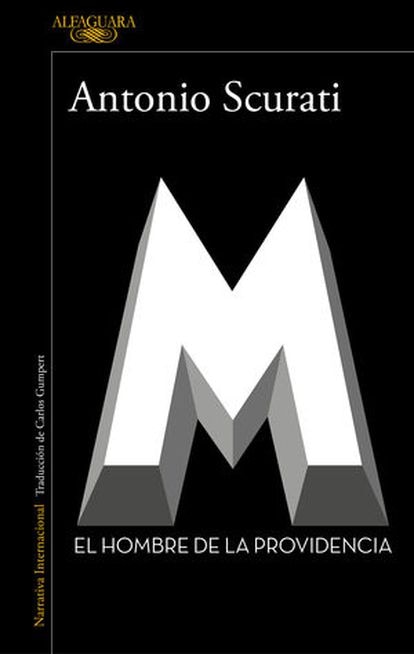 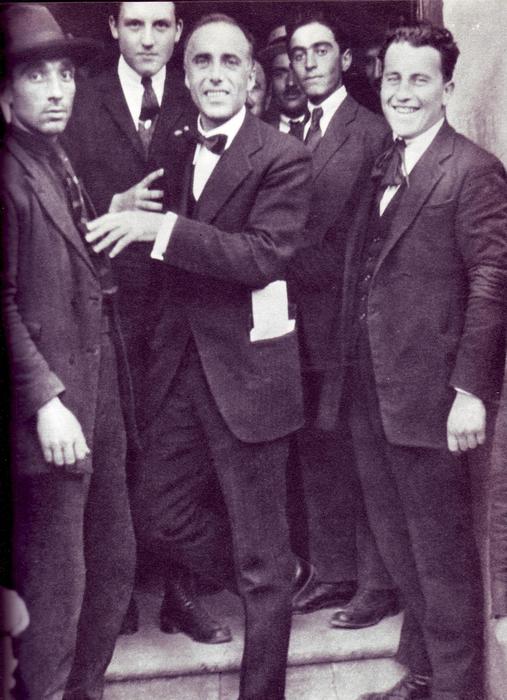 Mattarella, Matteotti example, encourages to take care of the Republic 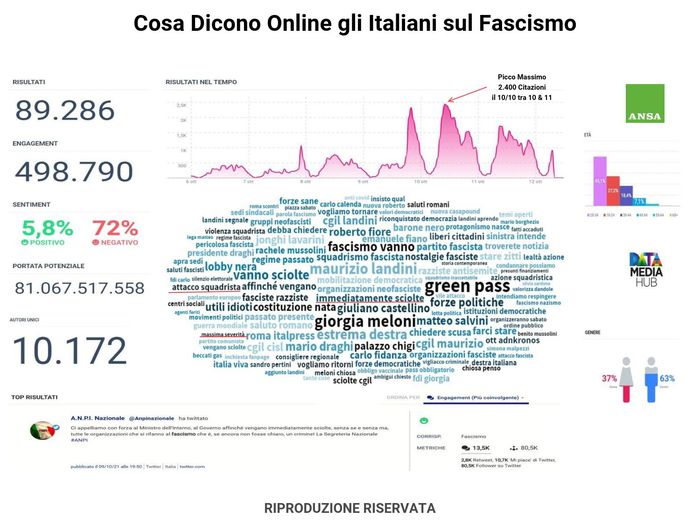 What Italians Are Saying Online About Fascism